Hey everyone! How’s your Sunday been going? Its actually been a pretty busy day around these parts, soo I haven’t had much of a chance to hit up the ‘ol blog until just now. Crazy! Let’s recap, shall we?

After a little sleeping in, a whole lotta laziness, and a nice hot cup of coffee, Jay and I finally got ourselves up and moving and made some breakfast this morning. 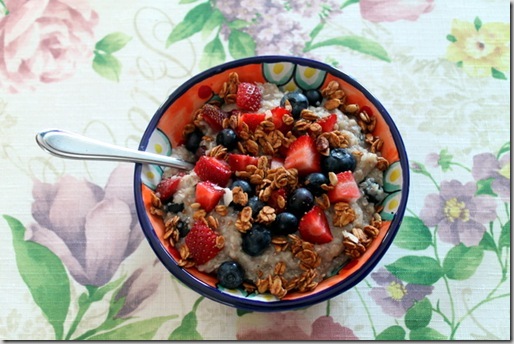 Believe it or not, I actually brought back an old favorite of mine…creamy buckwheat. Somebody remind me why I’ve waited so long to have this again?? 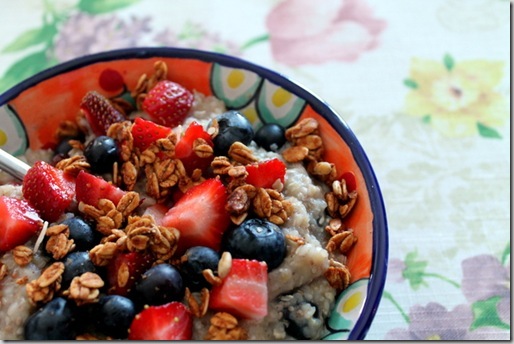 I made my usual buckwheat base and mixed in lots of fresh strawberries and blueberries, along with plenty of Sweet Cranberry Pecan granola, which was full of Love. 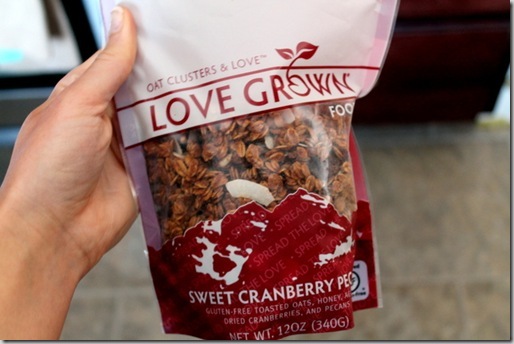 Shortly after letting breakfast digest, it was time for a workout…but not just any workout…

I was able to successfully con Jay into helping me practice my new Tabata workout…tomorrow morning is my big debut at work…eeeek! I’m so nervous and excited! I’ve been working hard on putting together the right movements along with a killer playlist, but I still needed a guinea pig to test it out on.

So how did it go, you’re wondering? 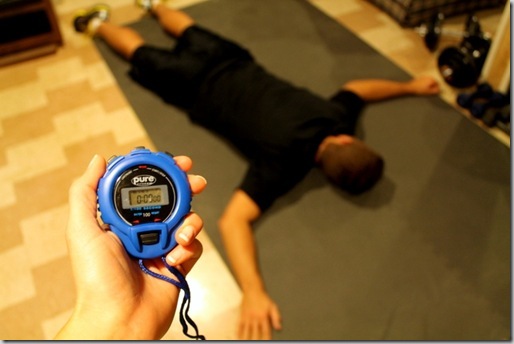 Jay said he was totally wiped after my 25 minute workout, which is exactly what I was hoping for. 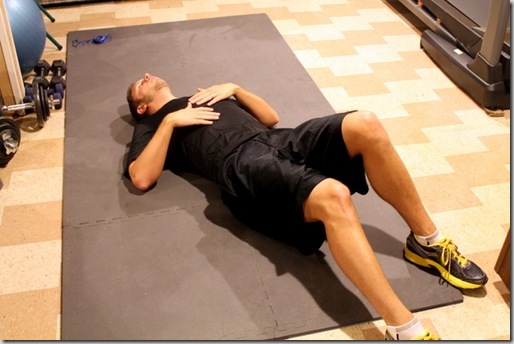 I’d much rather have someone leave a class of mine completely exhausted, rather than feeling like "ehh, that wasn’t too bad."

Cody even tried to join us a few times, but he wasn’t a very good participant. He’s much more of a cuddler instead.

Not much food got documented throughout the rest of the afternoon, but one yummy snack that did make the cut was this little combo… 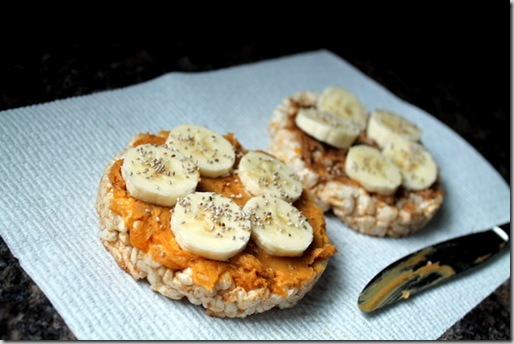 Jay and I then had a few different errands to run this afternoon, but while we were out, I ended up getting a surprise phone call from my mom which had us making a quick detour in our plans… 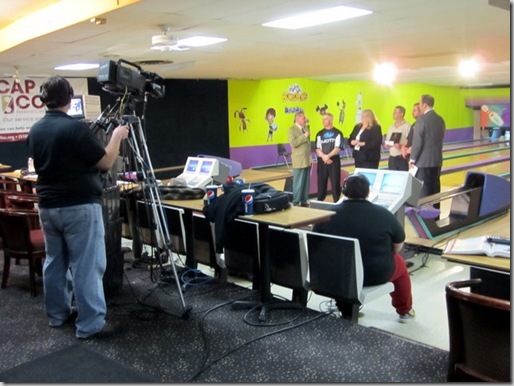 As it turns out, my dad had been bowling in a tournament earlier in the day and wound up making the cut to be on tv…and the taping was tonight! Luckily it was at a bowling alley right down the road from us, so we headed down and met up with my mom, brother, and Meg to show our support. 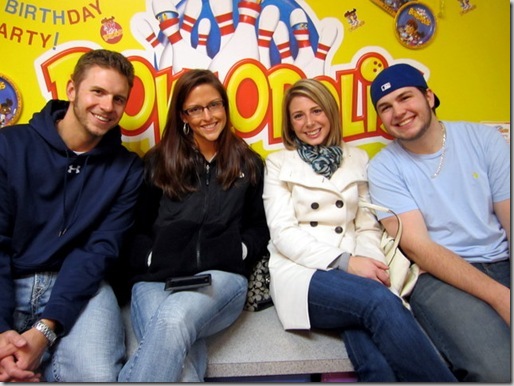 Before taping got started… 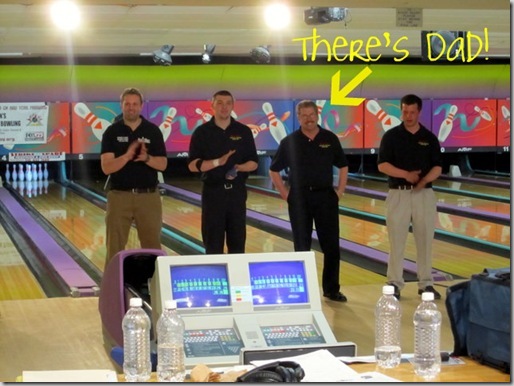 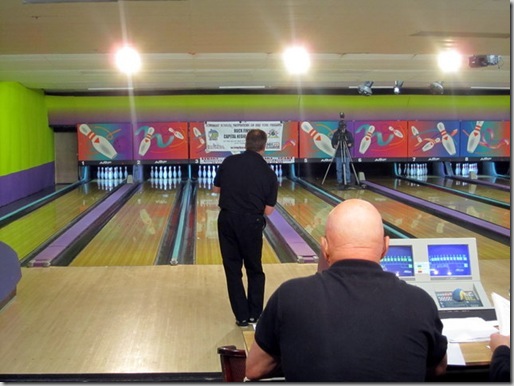 Unfortunately, he didn’t end up winning, but he did bowl a really good match. I was a proud daughter for sure.

Surprisingly, being in the bowling alley today really had me missing it. I know I’ve mentioned it briefly a few times before, but I used to be pretty big into bowling. Jay and I have taken the past two years off, but I think I’m going to be ready to get back into it again next year.

Plus, bowling in tournaments is an awesome way to win a little extra money. Cha-ching!

Now it’s late and we still have to figure something out for dinner because we’re both hungry but don’t feel like taking the time to make our originally planned dinner. Ahh well…time to go raid the fridge!