By the time I got home last night at 9pm, pretty much the only thing I had left in me was to plop down on the couch and watch some Modern Family. It was a long day, but a fun one, too!

I had to scoot out of work a little earlier than I normally will on a Wednesday because I was invited to attend yesterday evening’s Price Chopper Premiere Baking Class at the Century House.

Does this room look a little familiar to you…? 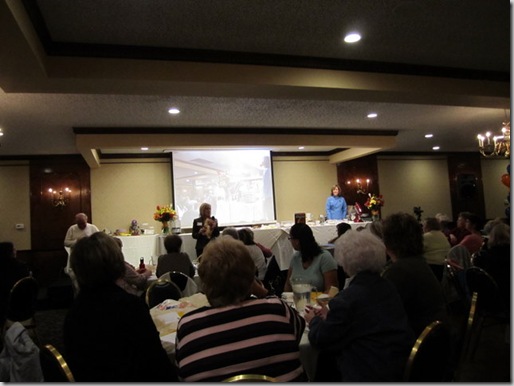 If you’ve got a really good memory, then it just might… 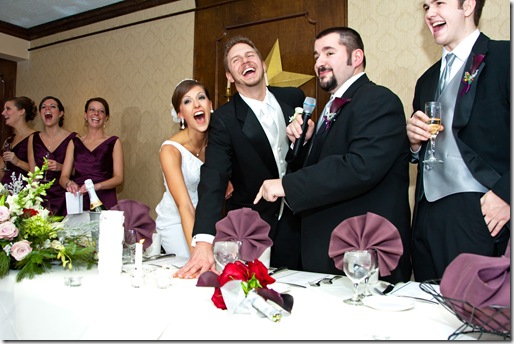 because the baking class was actually in the same ballroom where Jay and I got married.

Shortly after I arrived, I spotted Lauren and grabbed a seat with her; then I made my way over to the coffee table to grab myself some joe. 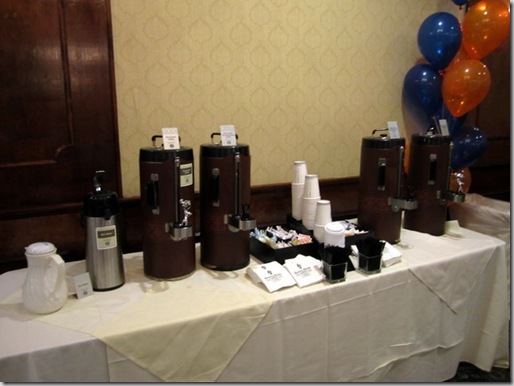 It was definitely necessary…then again, it’s not like the caffeine has any effect on my anyways. I suppose I just find it comforting to sip on a warm cup while I’m doing something. 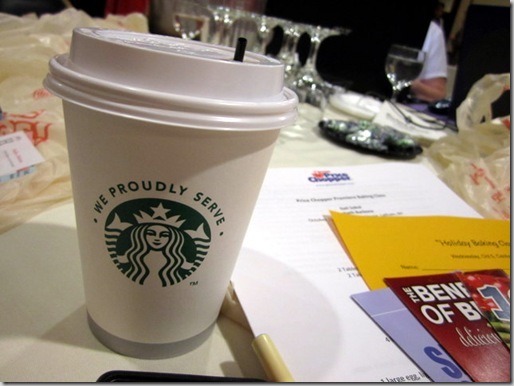 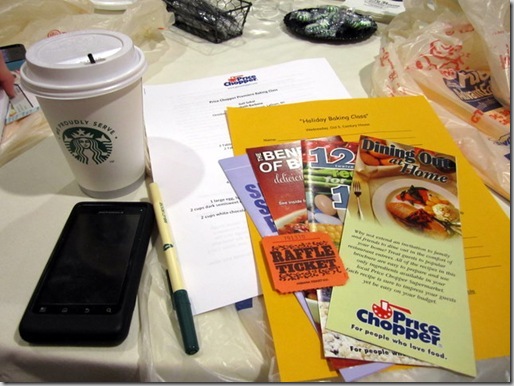 The event featured two instructors for the evening, beginning with Chef Gail Sokol, who is a professor at Schenectady County Community College. Gail was great with the audience and did a really nice job of explaining each of the steps she was doing while going through the recipes. 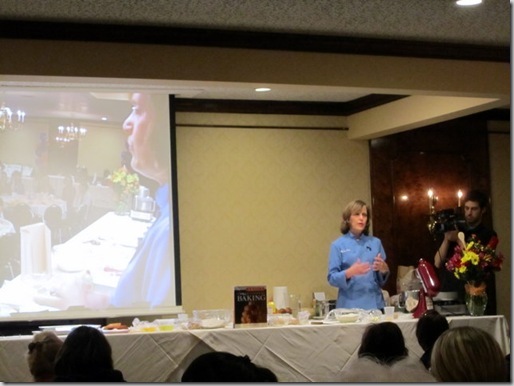 Gail demonstrated two different recipes for the evening: Chocolate Cranberry Walnut Babka and Espresso Almond Biscotti. I loved Gail’s recipes because she finds ways to reduce calories and fat without losing flavor. As she put it, “When you’re baking, if you’re not gonna miss the fat, don’t use it!” <—So true!

A few take-aways from the evening:

I realized last night that I don’t think I’d ever tried babka up until this point, and let me tell you…I have seriously been missing out. This bread is SO good! 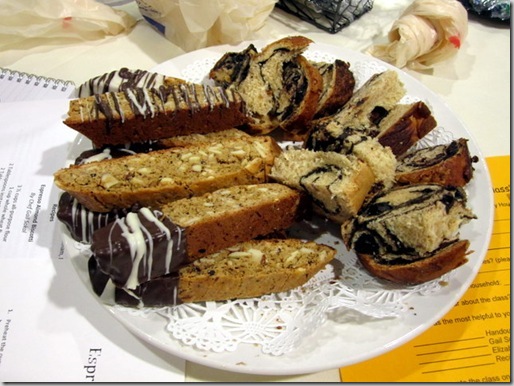 I thoroughly enjoyed both of my samples and can’t wait to try making BOTH of these recipes at home. 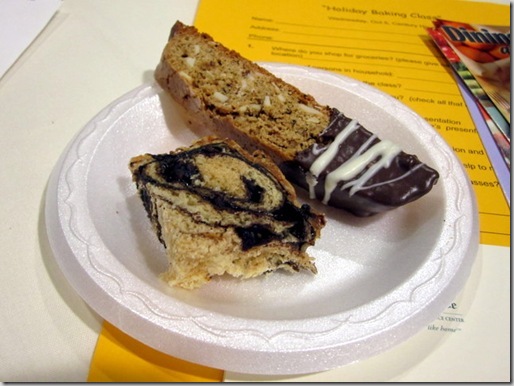 I mean c’mon…anything dipped in chocolate is awesome, in my book. 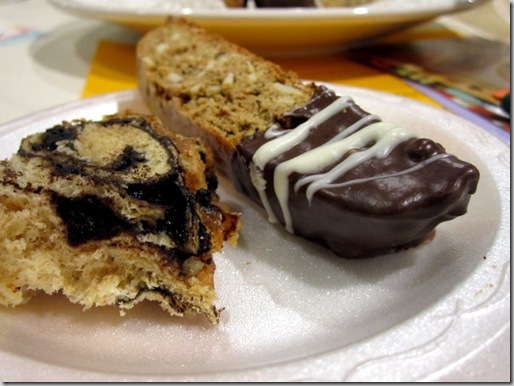 The second instructor for the evening was Elizabeth Barbone, who focused entirely on gluten free baking. She is a graduate of the Culinary Institute of America. She is the author of two gluten-free cookbooks, one of which will be coming out next year. She also has an amazing purple KitchenAid mixer that I really wanted to snag from her. 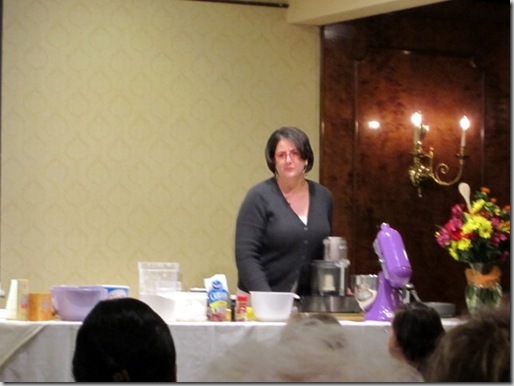 Elizabeth talked a lot about the ingredients that are used in gluten free baking, some of which I had never really known much about. There were a few other women who were live-blogging at the event and did a really nice job outlining everything, so if you’d like more details, you can click here to check them out. 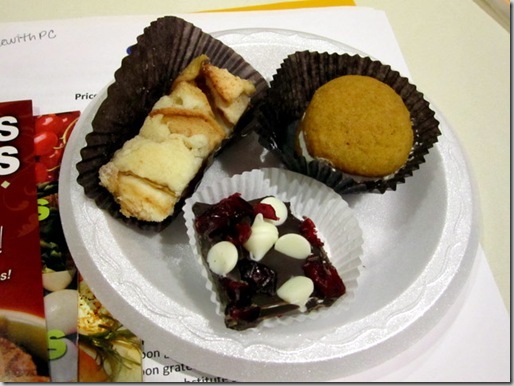 I wasn’t really a fan of the rustic apple pie (Lauren and I both said it almost tasted kind of soapy??) but the pumpkin whoopie pies and the chocolate bark were both delicious. 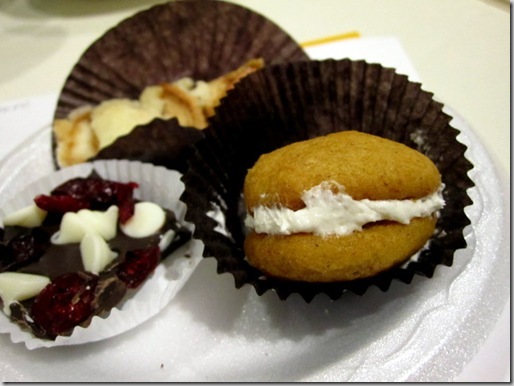 Thank you so much to Price Chopper for inviting me to attend last night’s baking event!

This morning’s meal came together in no time, and was super-duper tasty. 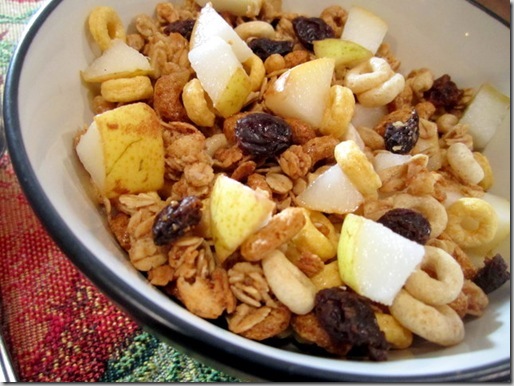 A simple yogurt bowl, complete with:

Oh yeah, and a side of Creeper. 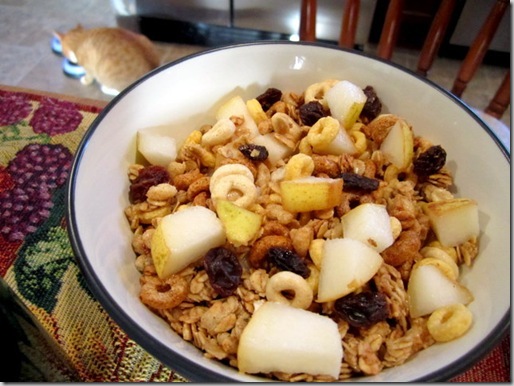 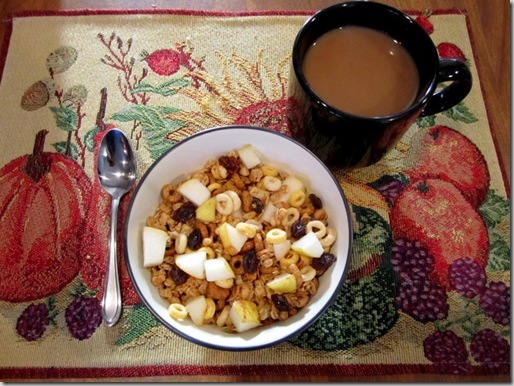 Today is my first official long day of work, so we’ll see how it goes!

Have you ever tried gluten free baking?

Which of the recipes above would you most want to try?