Yeah I know…not the most original title. What can I say…the creative juices aren’t quite flowin’ like they usually do this evening. ;)

When it comes to my weekday lunches, most of the time I already have an idea of what I’m bringing the night before, so I go ahead and get things all packed and ready to go. Last night, however, I could not, for the life of me, decide what I wanted.

So when this morning rolled around, and I had to try to figure out what in the world I was in the mood for, the only thing I could think of was… 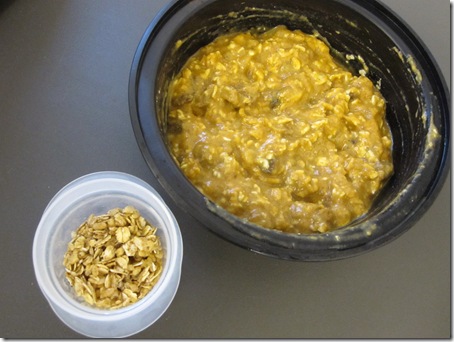 I thought about just eating them cold, since they had already been “soaking” for about 5 hours, but the little chill in the air today called for some warmth at lunch time. ;) You’re looking at these pre-micro, but I promise…they looked the same after!

In the messy bowl: 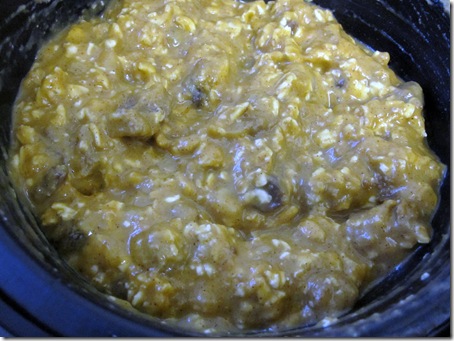 Ok, ok…we all know by now that they don’t look pretty; but they’re just so darn tasty! Before starting up the blog, I actually used to eat oats for lunch quite frequently. They’re quick, easy to prepare and pack, and always totally delicious.

Later in the afternoon, before heading to BodyPump, I snacked on some veggies & the best honey crisp apple I’ve had all season! 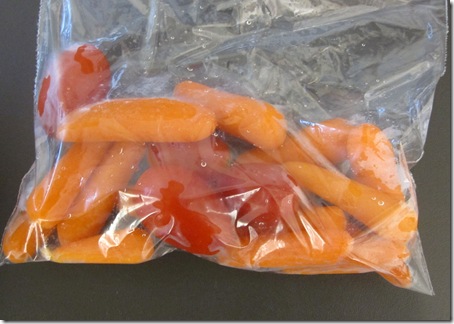 Sometimes I forget just how good they are during apple-picking season. What a difference…YUMMM! :-P 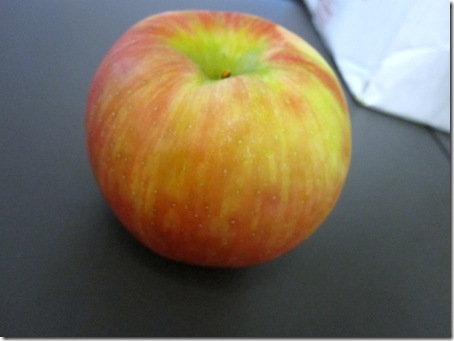 BodyPump today was awesome. I upped my weights on the squat track and the shoulder track…my body pretty much feels like jell-o. :shock: But perhaps even more exciting than that: I was able to do some run/walk intervals today for 20 minutes! I alternated 2 minutes each of walking @ 4.5mph & running @ a slow but steady 6.0mph. It felt pretty good, so I was beyond thrilled and already “pumped” by the time “Pump” started. ;) 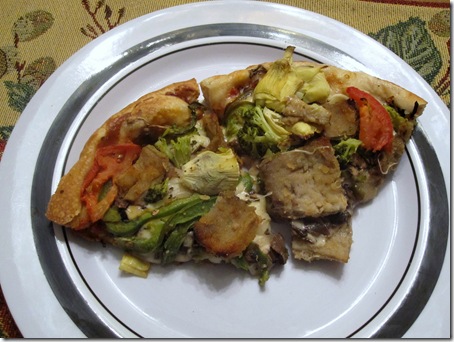 Since I already have a lot on my plate this evening (no pun intended ;) ), I planned ahead of time on having the rest of my leftover pizza from Monday’s dinner. 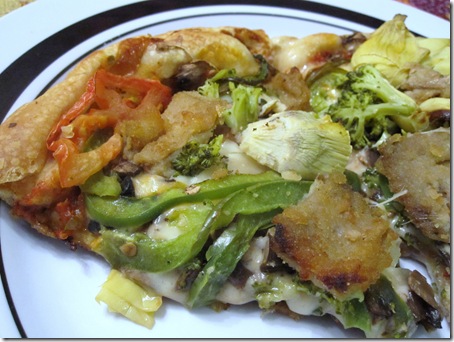 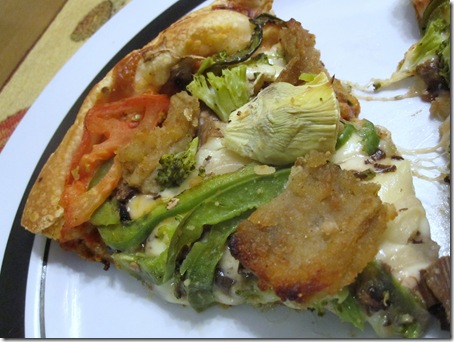 After a quick minute in the micro, followed by a little extra heating in a skillet on top of the stove, these babies were ready to go. And ohhhh were they amazing. 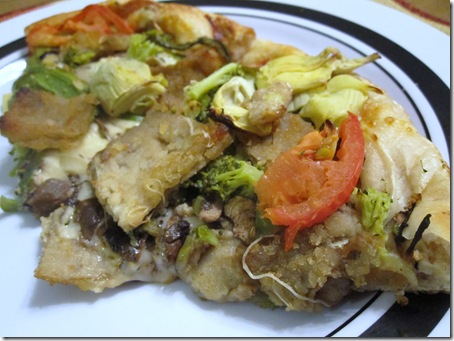 I think I need this pizza in my life at least once a week. ;)

The rest of the night is going to be spent baking some banana muffins for the hubby, doing a little packing, and hopefully at least 15 minutes of NOTHING on the couch. Keeping my fingers crossed!

**Have you checked out Rebecca’s Blog Bake & Make Sale yet??? I have some delicious cookies up for bidding…and it’s all for a really great cause! Are they going to head YOUR way?? ;)

How long do you keep leftovers around before you toss ‘em?

« Baked Goods for a Great Cause
A Spontaneous Start »