These Pumpkin Spice Bars with Cinnamon Cream Cheese Frosting are easy to make and even easier to share! Make a batch to snack on for the week or bring to your next get-together with friends or family – they’re sure to be a hit.

Every once in a while, I come across a recipe that was published here on the blog a while back that sort of got “lost” in the shuffle of 8+ years of posts. I mean, hey, it’s bound to happen, right? But these Pumpkin Spice Bars I’m sharing (or, rather, re-sharing) with you today are something that just cannot stay hidden.

This recipe was originally published back in 2014 – over 4 years ago. Crazy! So some of you may remember them and some of you may not, but either way, I think you’ll love ’em! Now on to the original post…

So, it’s officially fall now…are you guys going gaga over all things pumpkin? Or are you totally over it, since it basically started like, back in July? 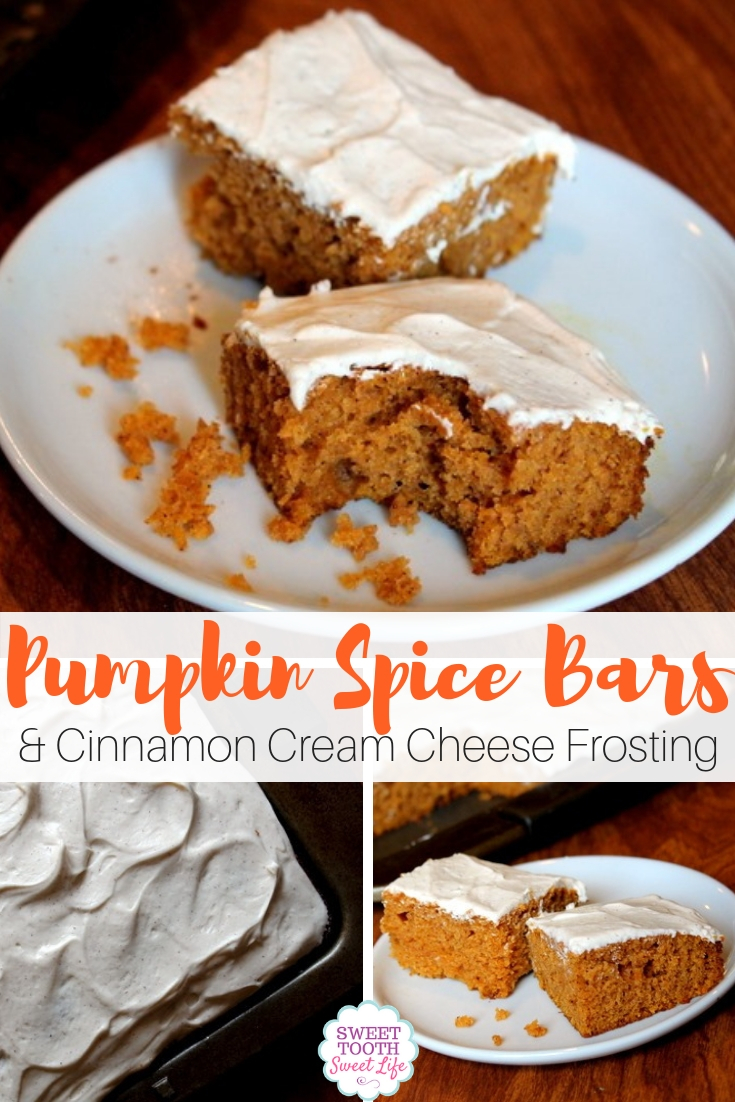 Well either way, I hope you’ve still got some room for a little extra pumpkin in your life because these pumpkin spice bars I have to share with you today are where. it’s. at.

There was a random weekday recently where I got the sudden urge to bake with pumpkin (this was actually my first pumpkin recipe of the season). I didn’t want to do a bread, since I already have plenty of quick bread recipes, and I didn’t want to do a full out cake either. So I decided to go with something in “bar” form…even if it does look just like cake and has frosting on top. 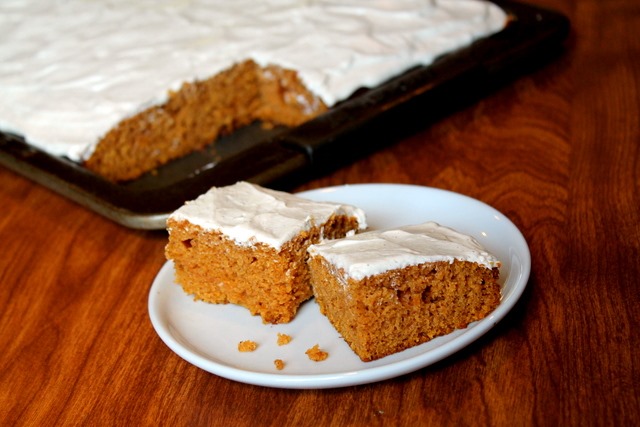 But oh, the frosting. 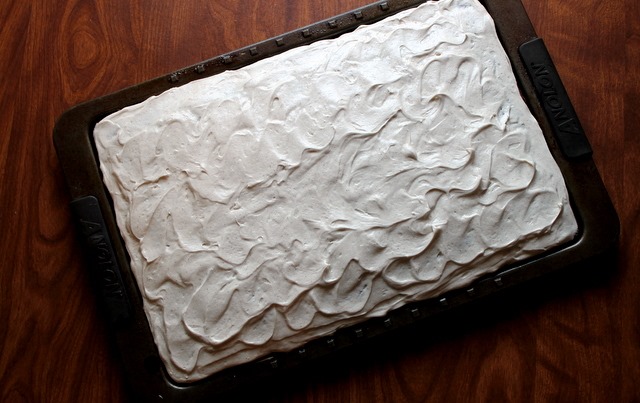 Is it just me, or is cream cheese frosting just the best? I love its rich, creamy taste, but I also like how it’s not quite as sweet as regular buttercream (even though I’ll be the first to admit that I’d choose store-bought Bettercream frosting over whipped. Gimme da sugar…anyone else?). 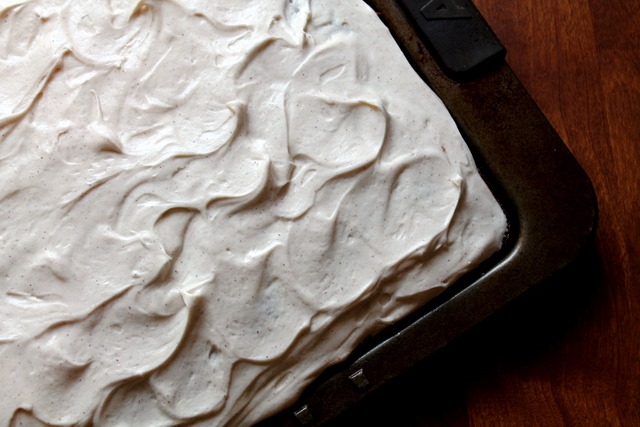 I’m sure my Honey Cinnamon Cream Cheese Frosting would also be killer on these bars. 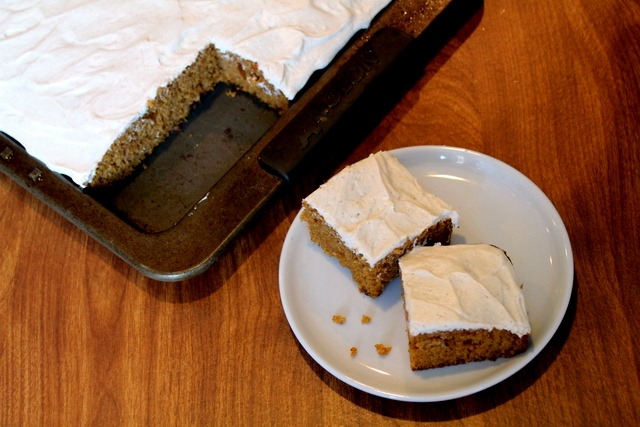 But yes, back to the bars. After I made these, I found myself coming up with excuses to eat them at pretty much anytime of day…breakfast (oh, it’s just like pumpkin bread, it can be breakfast!), mid-day snacks (nothing like a sweet pick-me-up), and of course, as after dinner dessert. They were also pretty darn delish with a little scoop of vanilla ice cream next to it. Just sayin’. 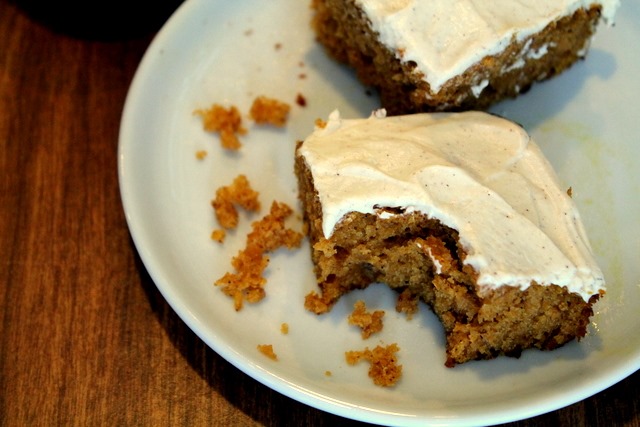 Since this recipe makes quite a large batch, I brought a bunch of them in to work with me and I’ll tell you that I got more positive feedback on these than I have on anything else I’ve brought in to share. 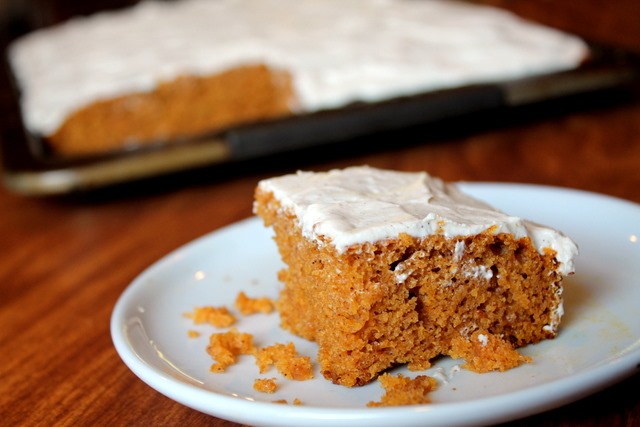 So that’s saying something.

Go ahead and give these delectably, seasonally sweet bars a try. I promise, you won’t regret it.

Save Recipe
Print Recipe
My Recipes My Lists My Calendar

*The original recipe called for 1 cup of oil so I cut that in half, adding in the applesauce. You could always stick with all oil, or attempt all applesauce, if desired. 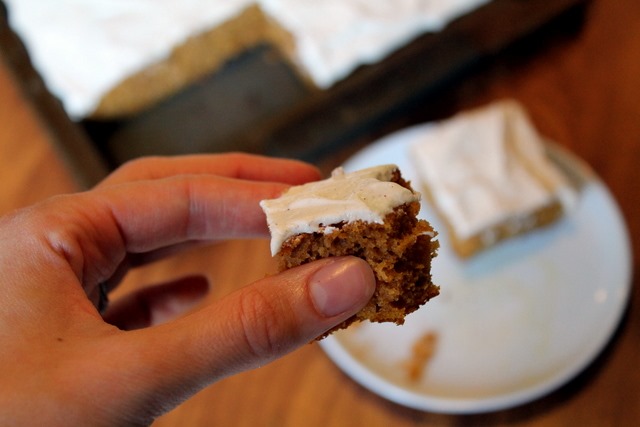 Not gonna lie…these were quote a challenge to photograph without digging in to. 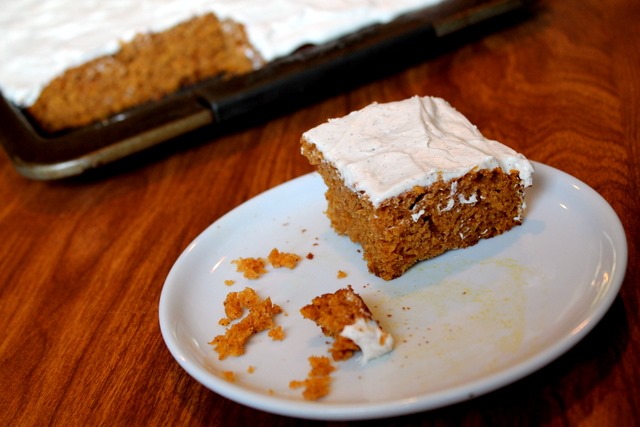 Give ’em a try and tell me what you think! And if you really feel like baking up a storm, here are a few more fall favorites… 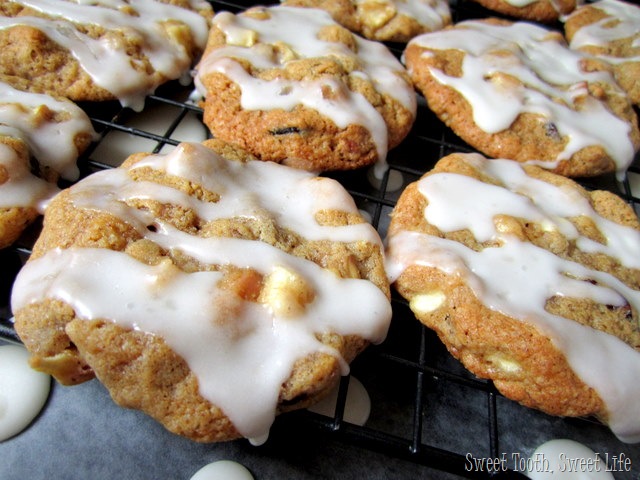 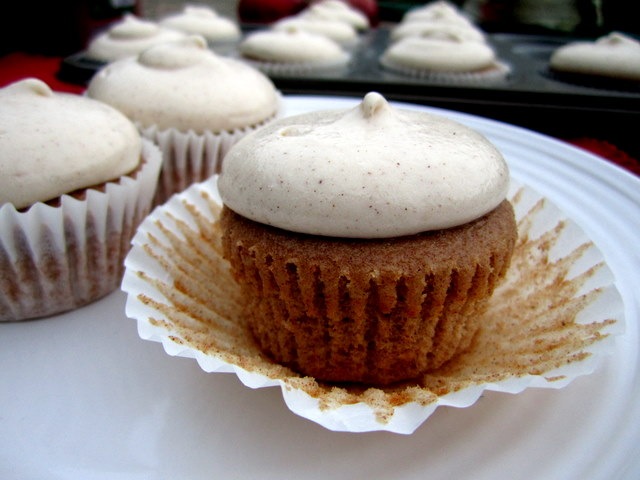 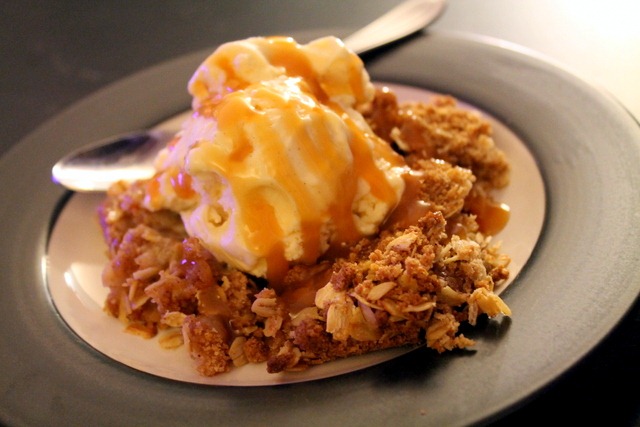 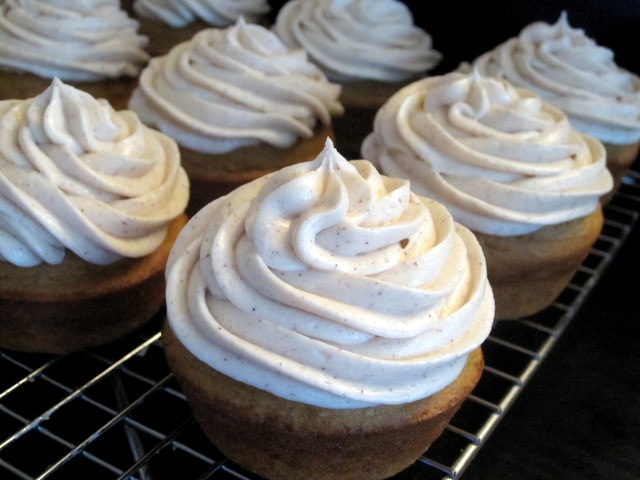