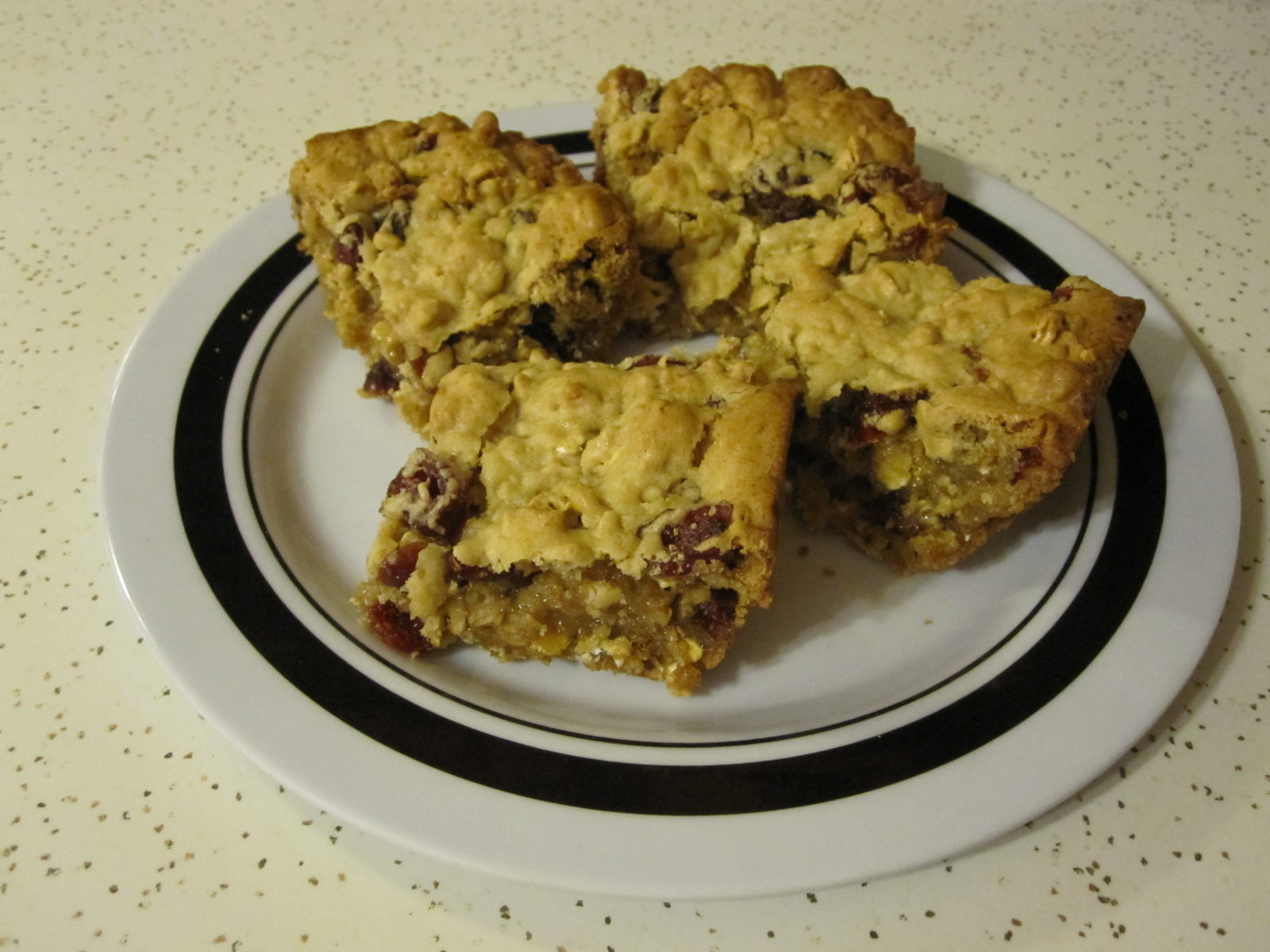 You guys are awesome, really.

I totally KNEW I could count on all of you to agree with me on my debate!!! :mrgreen:

Some of you even caught on to my *clue*:

“I debated on another overly delicious oatmeal bowl, but was feeling too lazy…” (Nice catch, Gabby!) ;)

Jay swears he’s still right, but I now have tons of proof that I am, in fact, the winner of this debate.  He’s now blaming it on the fact that he’s left handed…so maybe you were onto something, Nancy!?! :)

Dinner tonight was an A+ for quickness and deliciousness. 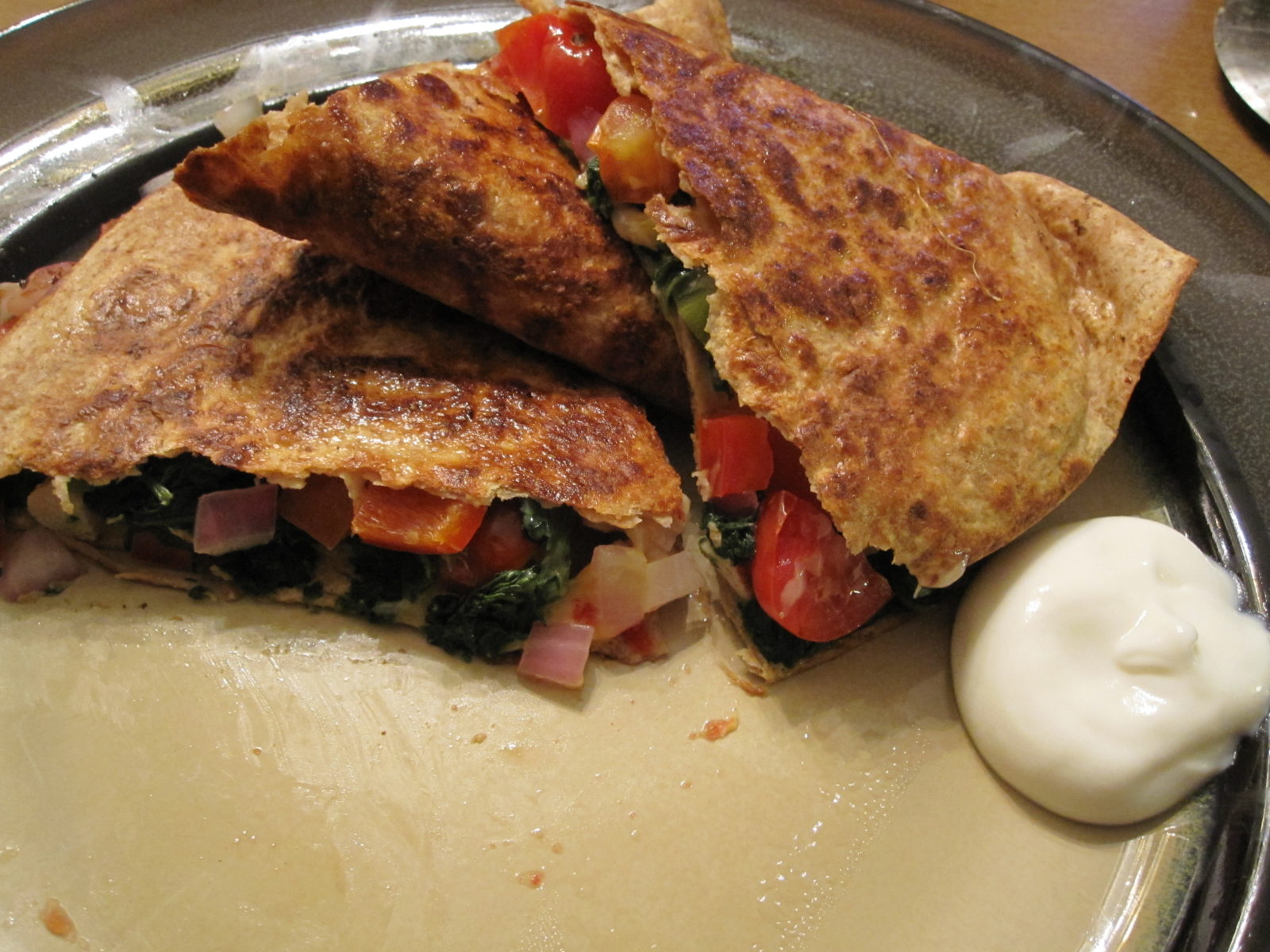 Please forgive the horrendous looking plate – I had to move the little buggers around a bit for the camera and they were bein’ a little sloppy. ;) 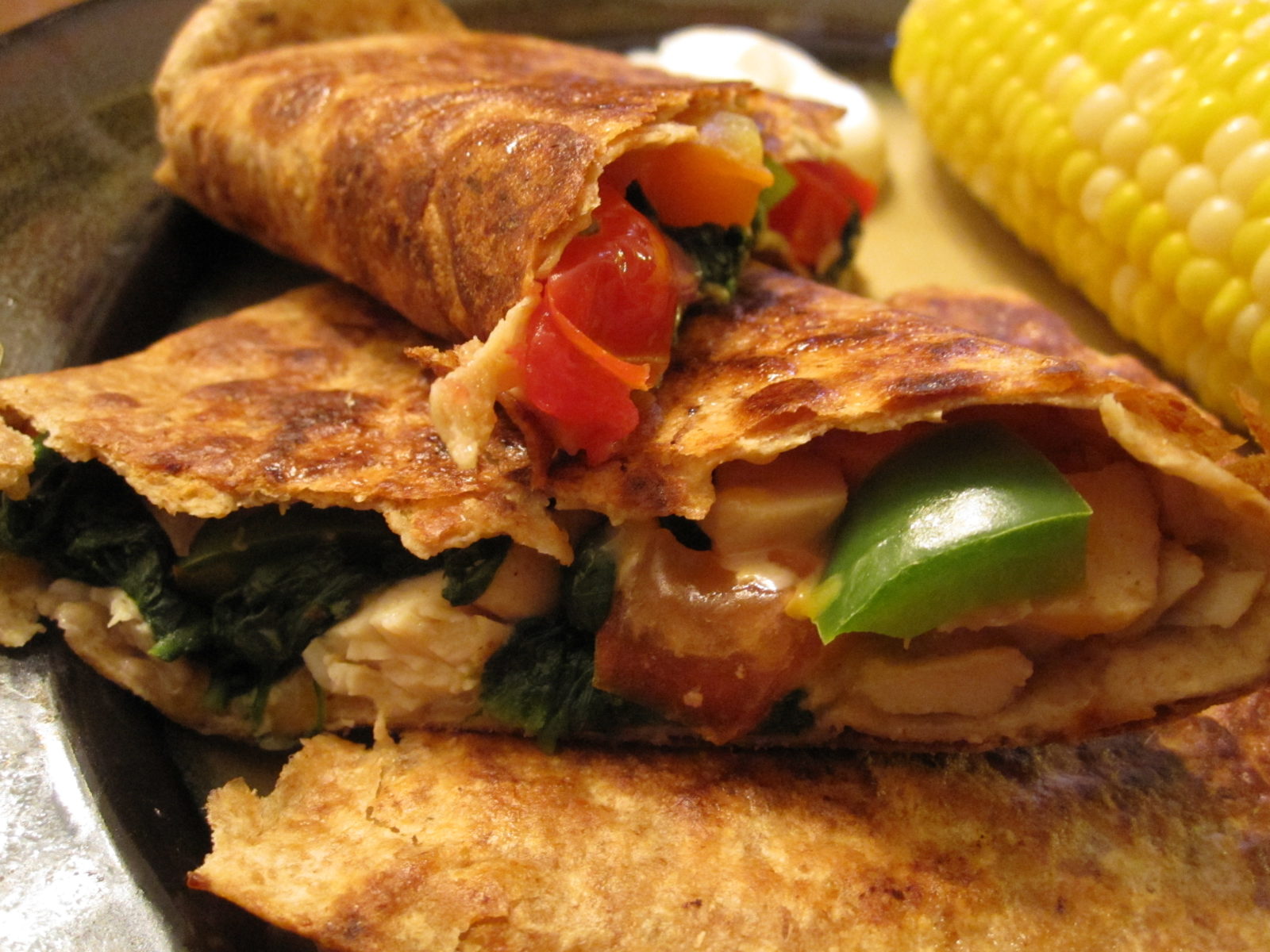 I kept the cooking method simple: heat up the stovetop, toss the tortilla into a large skillet pan, cover the entire tortilla with cheese, and 1/2 with your fillings.  After about 5 minutes, fold it over, and cook until nice and toasty on both sides.

Along with our quesadillas, I cooked up some corn on the cob.  I wanted to cook it on the grill, but the weather was a little icky, and I didn’t feel like waiting.  Oh well, next time! 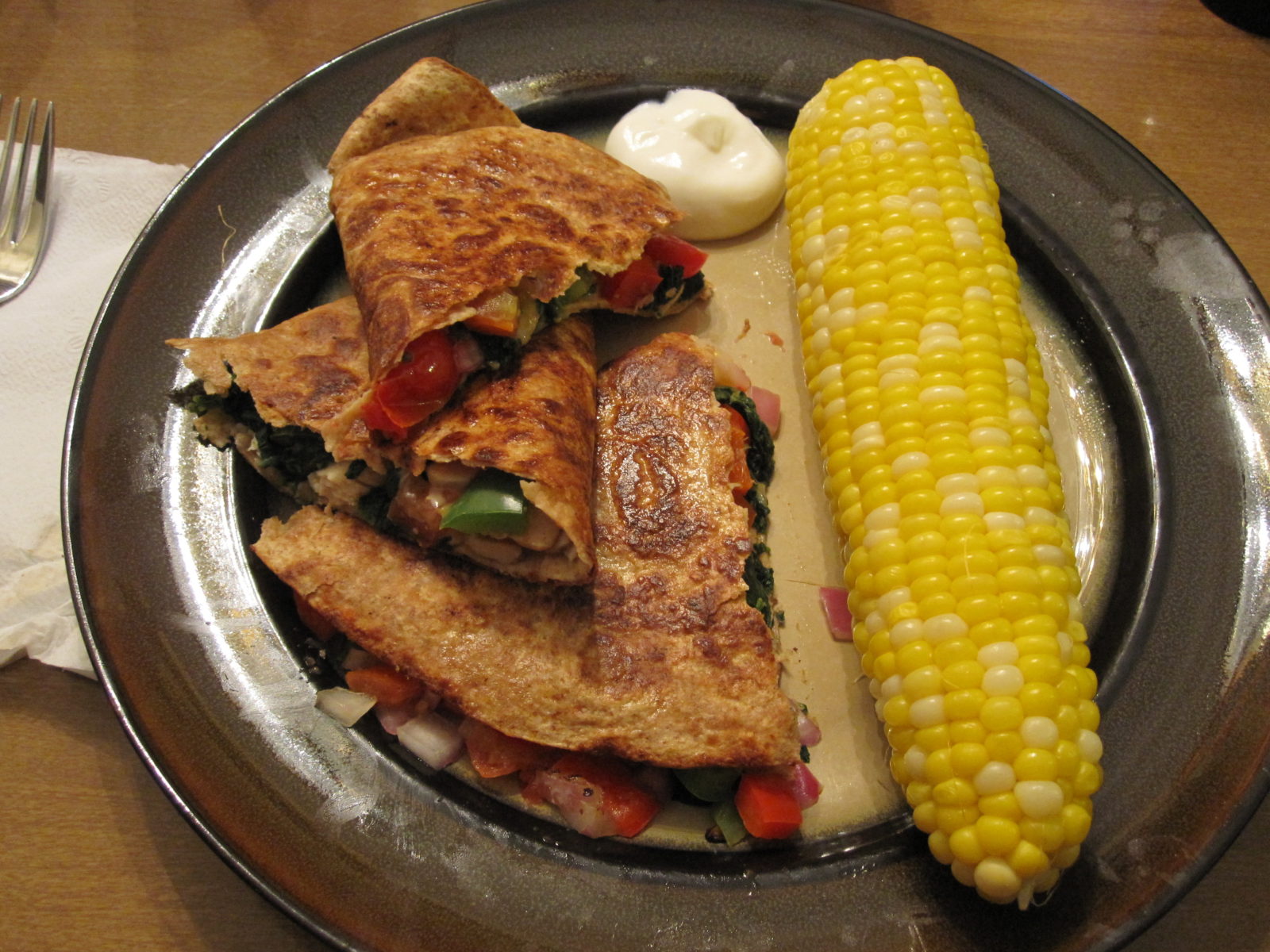 After dinner, I was really in the mood for some baking, so I scrounged around the kitchen to see what I had.  A friend of mine was telling me the other day about a kind of cookie bar that she had just tried with granola in it.  Well, wouldntcha know – I have had almost a full box of granola, which resulted in some delicious Granola Blondies! 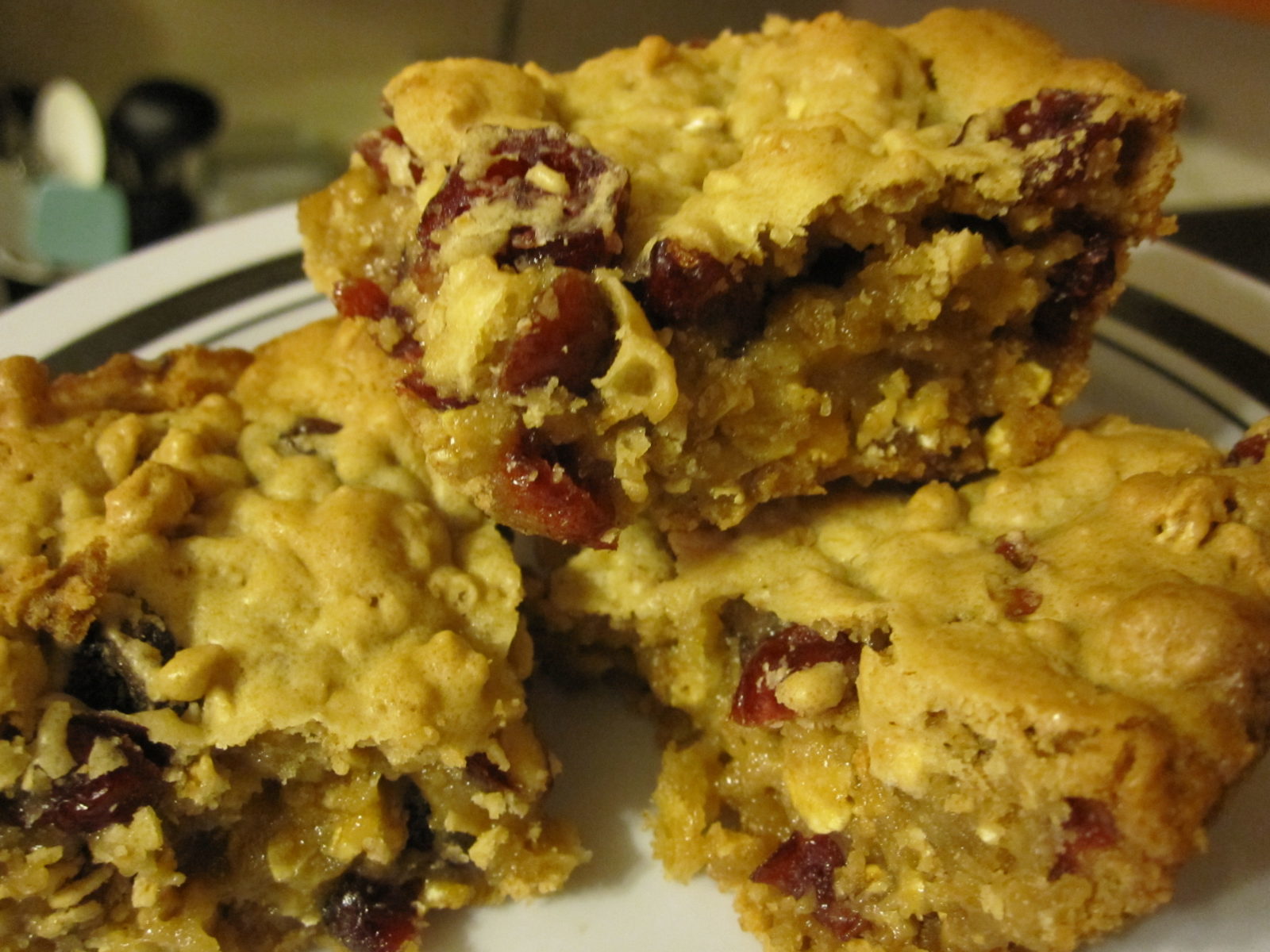 Spread into a 9-in. square baking pan coated with nonstick cooking spray.  Bake at 350 degrees for 25-30 minutes, or until golden brown.  Cool & cut into bars.  ENJOY! :-P 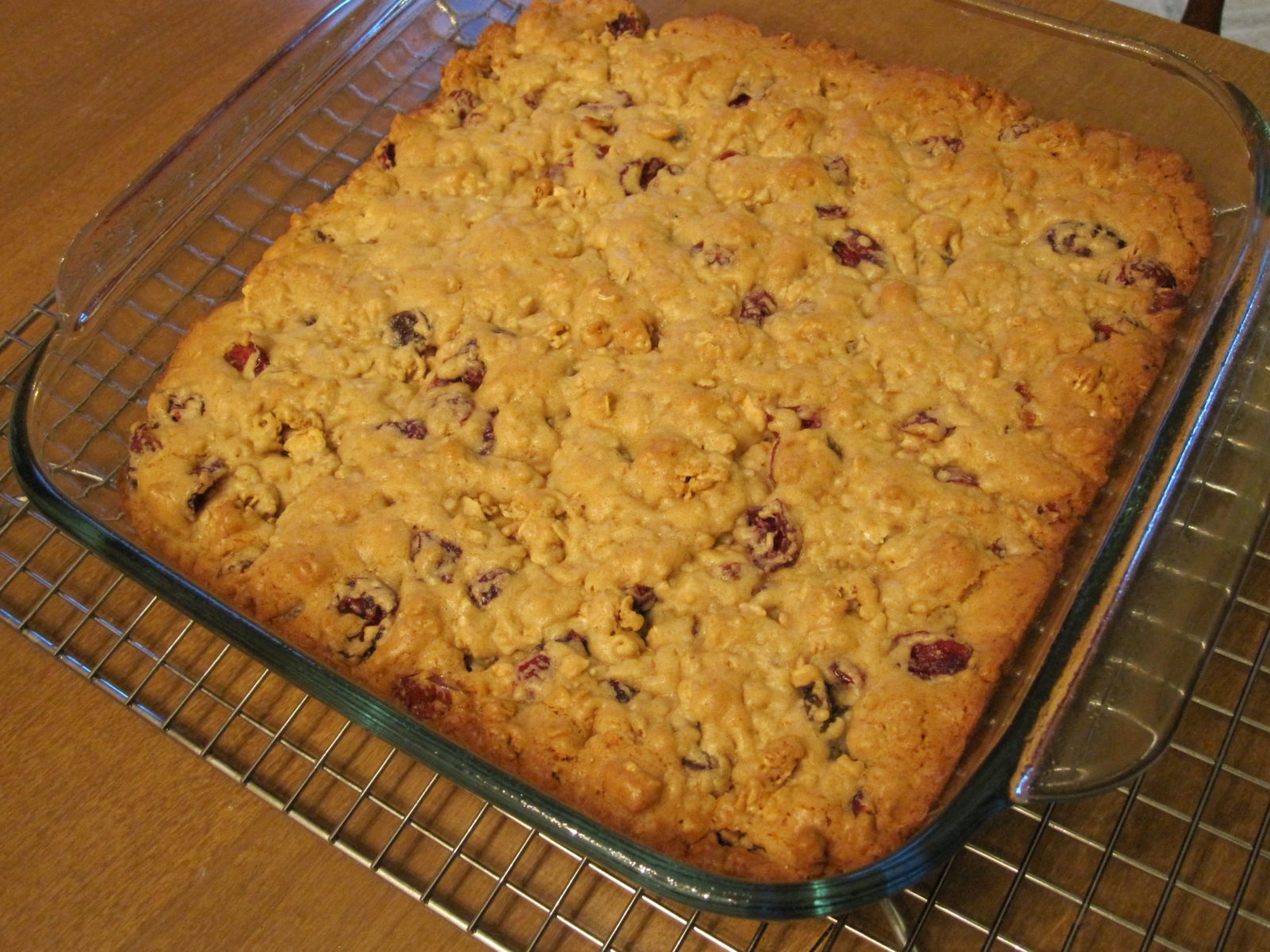 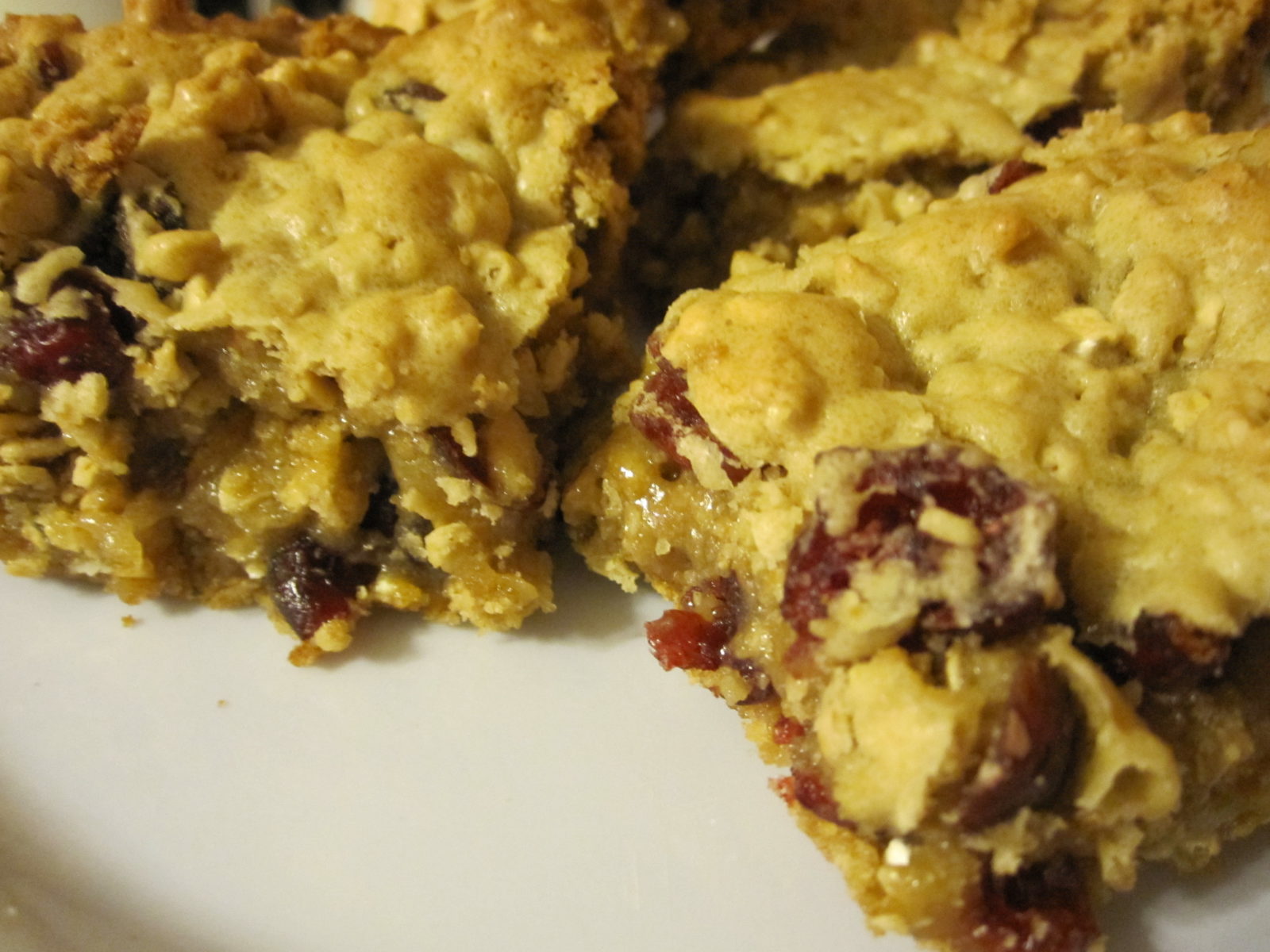 Now if you’ll please excuse me, I have to go finish eating the piece I just cut for myself. ;)

Have a good night!!