Well, you didn’t miss much last night around here. I ended up spending my evening enjoying a combination of studying, magazine reading, TV watching, and just some straight-up chillin’. It was fantastic.

Dinner was on the easy side, thanks to some leftover Turkey & Veggie Soup that needed to get finished up. 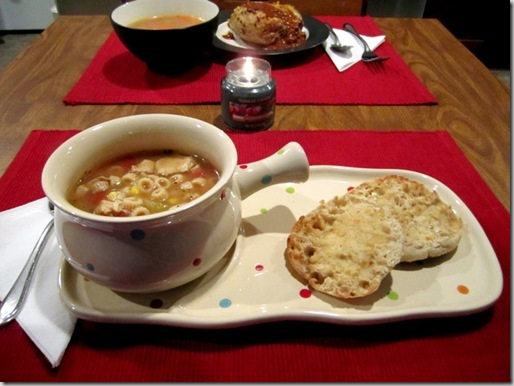 I’m sad that this soup is gone. I think I may need to cook another turkey. Then again, maybe I’ll just keep it easy this time and use some chicken. 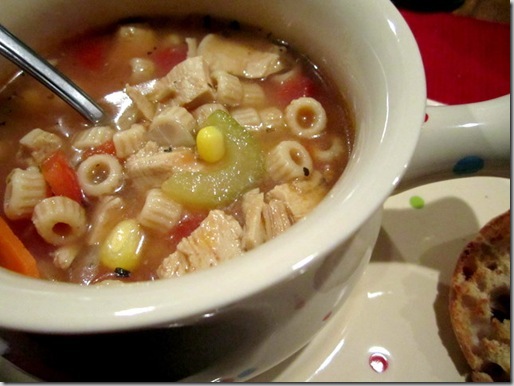 Jay, on the other hand, has been asking for chili-topped potatoes ever since we had them last week. I honestly think he’s a bigger fan than I am! So I cooked him up a baked potato and topped it with boatloads of chili and cheese. 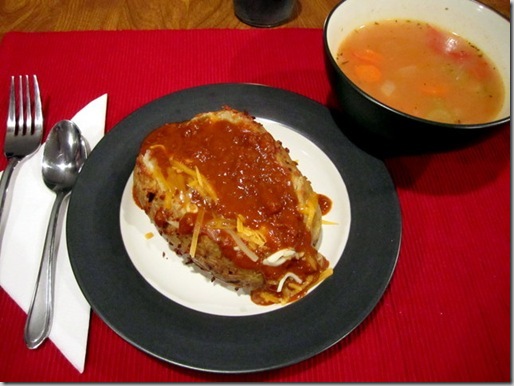 I’m not gonna lie…I sorta wanted to trade with him.

Last night before heading to bed, I checked to see whether or not my Exercise on Demand channel was still available. To my surprise, it’s actually still here for the time being, so I decided to put it to use while I still can.

Of course, when I went to turn it on this morning, my favorite upper body video was now gone (GRR!) so I picked my other favorite and ended up completing a little mish-mash of things:

Originally, I was going to go back to the TV to find an abs workout, but I decided to just do my own instead, which looked a little something like this…

Nothing crazy, but it got the job done. I performed one set of each move, working from the top of the list to the bottom, with about 30 seconds of rest time in between each move. I then went back and repeated the circuit once more, working quickly with minimal rest time (had I had more time, I would have done a third set as well).

I brought back an old favorite today, my friends… 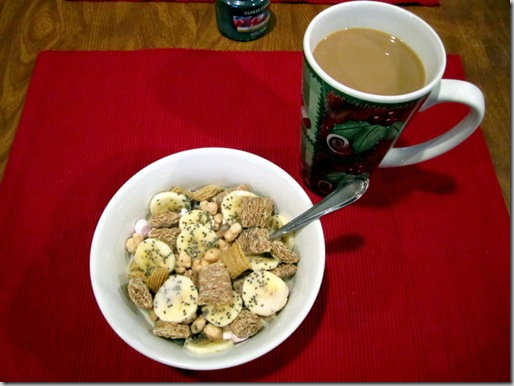 I used about 1/2 cup each of Quaker Oatmeal Squares, Kashi Island Vanilla, and Mom’s Best Mallow Oats (which I bought yesterday and did not realize they had marshmallows in them – talk about a fun surprise!) 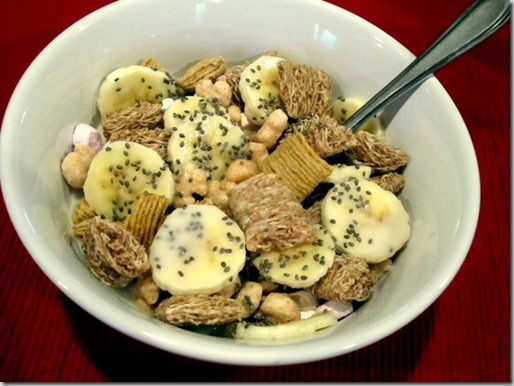 In addition to almond milk and banana slices, my cereal also got a little jazzed up with some shots…

CHIA shots, that is. 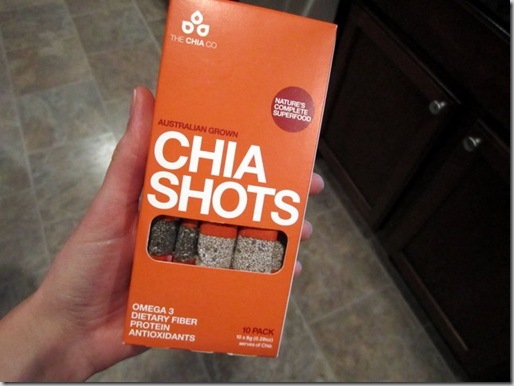 I was sent some of these Chia Shots to try out a while back and I really think that they are such a great idea. They come in little, portable packages, making it super easy to bring on the go. I love having them already portioned out, too. 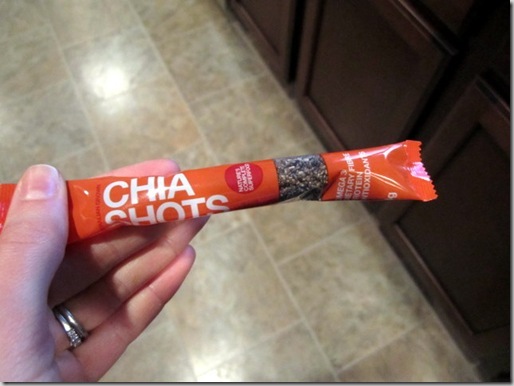 I used about half of a package in my morning cereal and plan on using the rest today at lunch. I love my chia seeds! 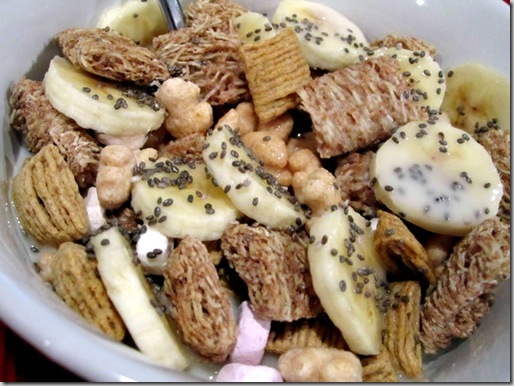 As a side note…has anyone else noticed the abundance of Chia Pet commercials lately? I’ll tell ya, you can always tell it’s Christmas time when the Chia Pets come back front and center. I say, skip the pet…just gimme my seeds.

Time to do the work thang – catch ya later with a new cookie recipe!