My morning was thrown all off today.

Before having breakfast, I actually had to take hubs to work so he could get some work done on his car. This meant that it was sort of a roll-out-of-bed-throw-hair-in-a-pony-promptly-put-on-sunglasses start to my day.

I was hungry by the time I got back, so I ate breakfast first, rather than getting in my workout for the day.

Well, as you know, this can be a problem.

Typically, if I don’t get my workout done right away (or at least have plans to attend a class later in the day), my motivation goes right out the window. So I’m sure you can imagine my excitement when I looked at my training plan and saw that I had a 6-mile run planned for today…

Thankfully, after a little motivation from my Twitter friends, I laced up the sneaks, had a pre-run Clif Z Bar snack, 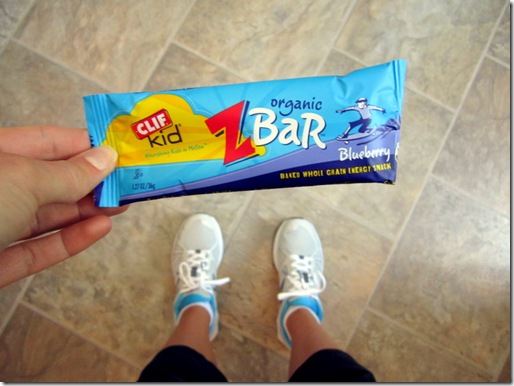 and was determined to tackle my run.

And tackle it, I did… 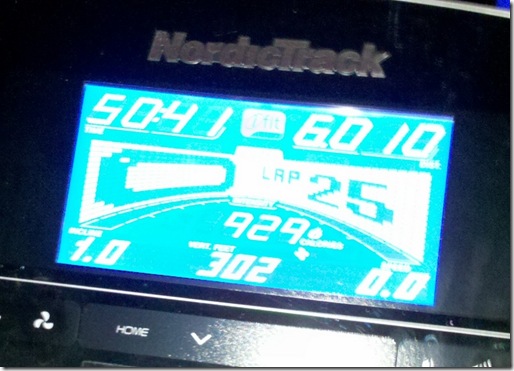 Where this energy came from, I have no idea…especially considering the fact that my allergies have been acting up, (hence the reason I kept the run indoors today) but I’ll tell ya, I was running like the wind! Wheeeeeee!!

When I first started running, I would run probably around 5.5 – 6.0mph. I’ve been blessed with a 5’7” frame and long legs, so my pace is apparently a little quicker than those with a shorter stride (at least this is what I’ve been told?). At that time, a full out sprint would be right around 7.0mph…

The purpose of sharing my speeds with you today is not to focus on the numbers themselves; there’s no sense in comparing numbers since we’re all different, right? But rather, I do want to show the progress that can be made when you put your mind to it and work hard.

Further proof that if I can do it…YOU CAN DO IT!

Post-run, it was time to refuel. 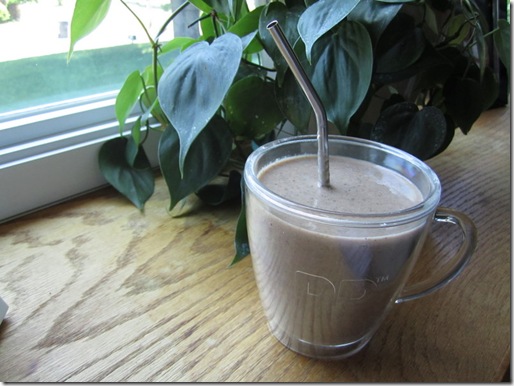 In the form of a nice, cold and creamy smoothie. Today’s smoothie consisted of: 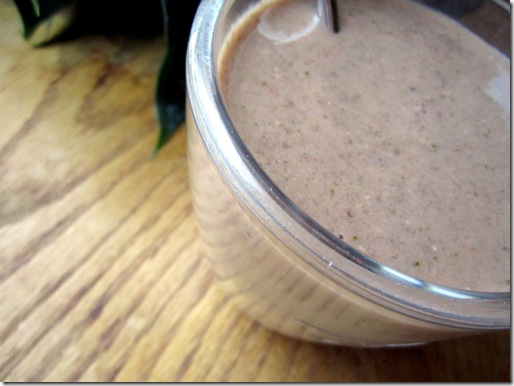 It was my first time trying honeydew in a smoothie, but honestly, the stronger flavors of the strawberry + banana totally masked it. You wouldn’t have even known it was in there. 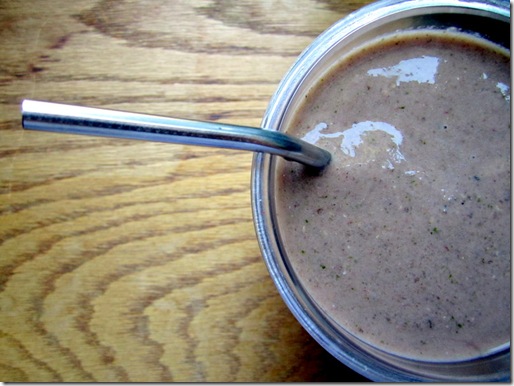 But no big deal, because this guy is deeeeeelish!

I also had an undocumented chocolate chip banana muffin, and I’m sure I’ll be ready for a little something else in a couple hours; but for now I’m just enjoying this…and a shower.

Brag a little! When’s the last time you had a knock-your-socks-off workout?