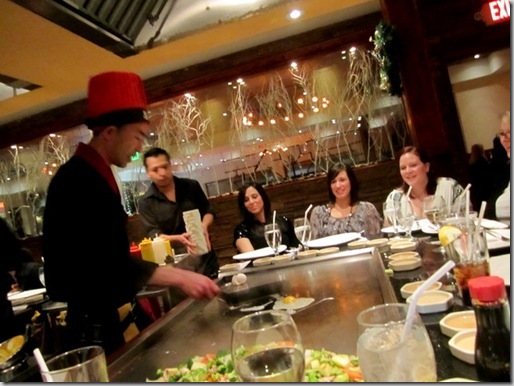 I had our holiday work party to attend with all of the girls from the salon, which started off at a new local restaurant, Sake Japanese Steakhouse. Our reservation was for a hibachi table, which is always a great form of entertainment! 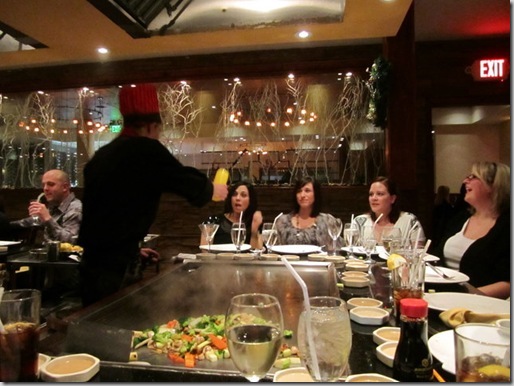 I’ve been to hibachi restaurants a few different times, with my most memorable probably being on our honeymoon in St. Lucia. They’re really such a good time, and even better when you’re in good company…which I definitely was! 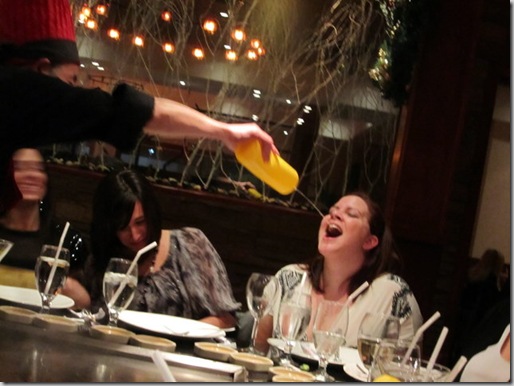 Our waiter’s name was Jason (anyone else find that surprising?) and he was definitely quite the showman…not to mention a little heavy-handed on the sake! 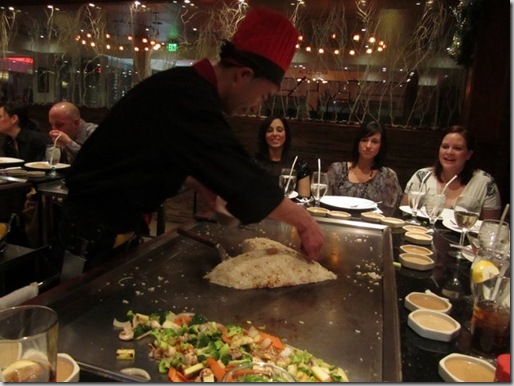 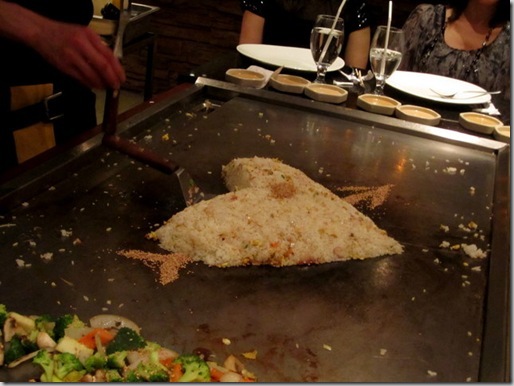 When we got to the restaurant, I was actually more in the mood for sushi than hibachi, so I ended up being the outcast of the table. But that doesn’t mean I didn’t steal all of my mom’s broccoli and a few bites of her rice though. 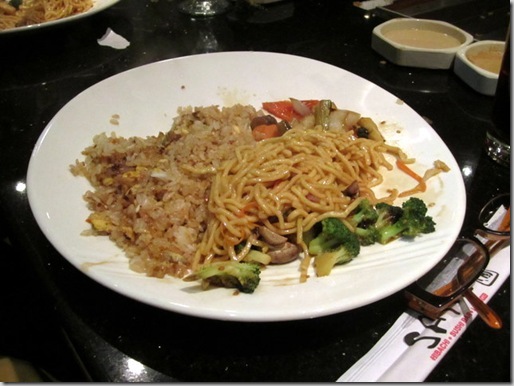 I started with some miso soup (not pictured), an order of edamame (so, so good), and a couple sushi rolls. 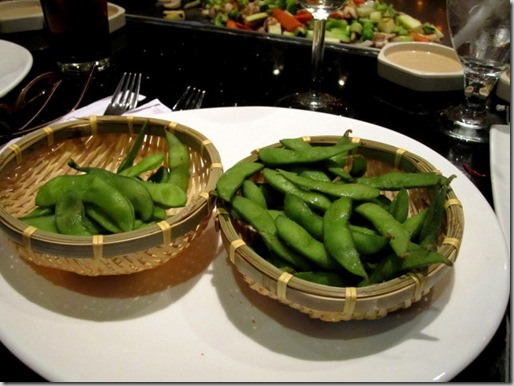 One California roll, one Tuna roll. 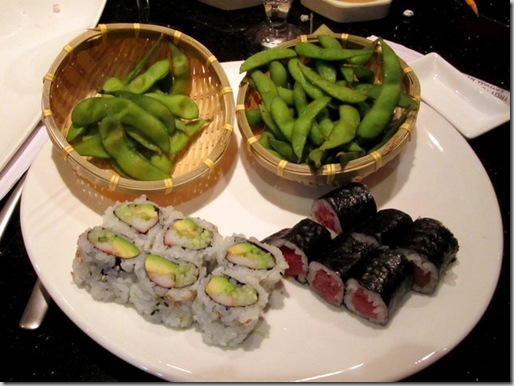 While at dinner we also did a Secret Santa exchange, as well as one of those other exchanges where you can pick a new gift or steal from someone else’s…what’s that called again?? Either way, even though I ended up getting my first gift stolen from me ($25 each to Dunkin Donuts and Panera, no less!) I still made out like a bandit – $70.00 gift card to Sephora and $5.00 to Starbucks. WIN!!

After dinner we went back to my boss’s house and continued the party for a few more hours. I ended up having a couple drinks there and I think that mixing that with the sake at dinner has made for a little bit of an…umm…let’s just say, tired morning.

Woops. It happens. So in regards to my nutrition plan, I’m going to call last night my “cheat meal,” only because of the extra alcohol that was involved. Other than that, I pretty much stuck with the recommendations that Jim gave to me for my dinner out (yup, I asked him!).

I woke up immediately craving water, Tylenol, coffee and a breakfast of egg and cheese, so that’s what I did. 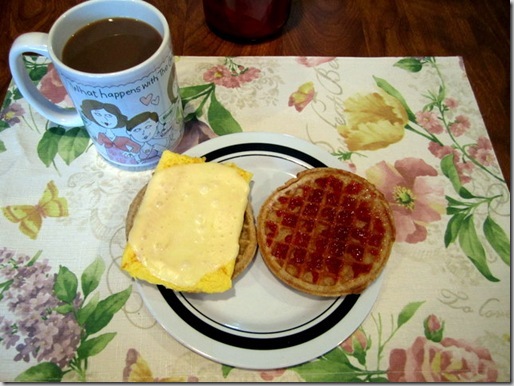 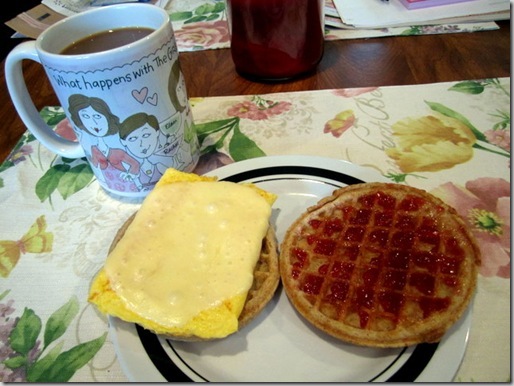 Exactly what I needed on this fine Sunday morning. 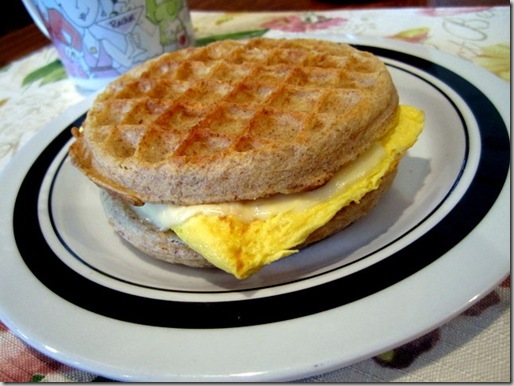 I’m off to go do the Sunday thing…which, honestly, I’m not even sure what that entails for today! Catch ya later!

Have you ever been to a hibachi restaurant?

What would be your top choice of a gift card to receive?

« That Ish Is Spicy
Not Our Usual Style »