Saturday was a great day, filled with good friends and good food, which started out nice and early with a trip to the Farmer’s Market with my bestie, Heather. 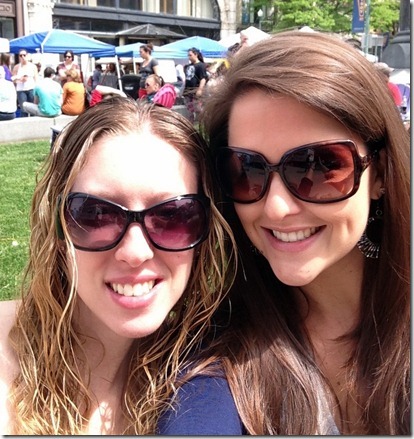 It was seriously, the perfect morning to walk around. Absolutely beautiful. 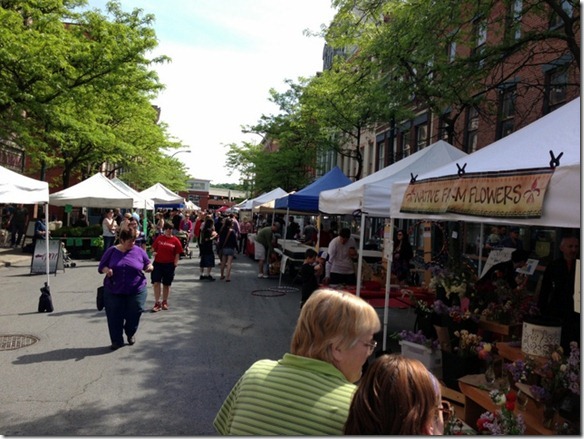 Neither of us wound up buying a ton (I bought a loaf of bread and some gar la la) but we did each get a little something for breakfast, grabbed a seat, and just sat outside catching up for a bit. I got myself a melon & mint fruit infused water, which was amazingly delicious. 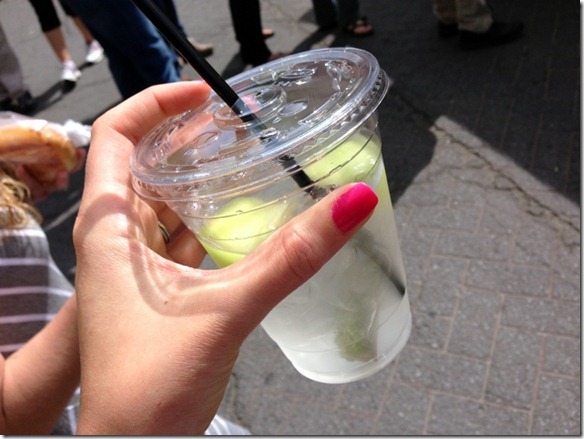 And a morning glory muffin, which was equally as tasty. 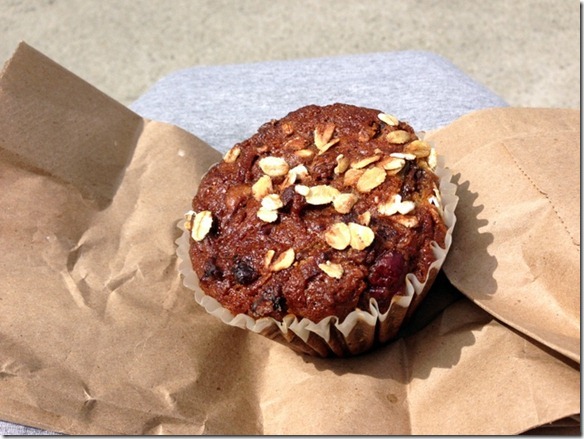 I’d say the two of us probably spent a good hour a half down at the market, which was a great way to kick off the weekend.

Shortly after getting home, Jay and I were back out the door again and off to our friends’ Kanika & Shaheen’s place for a graduation party. Apparently we had gotten there right after some of the food was delivered, which just so happened to be sliders from Slidin’ Dirty (remember, they were the food truck we didn’t get to try a couple weeks ago?) I made sure to try one of them, which was super awesome (it even had a fried pickle on top). 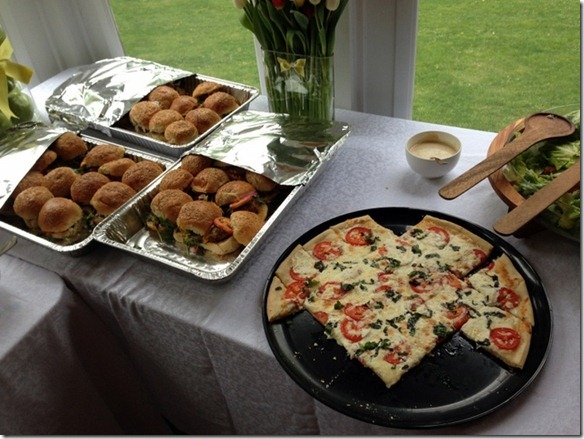 There was certainly no shortage of food at the party, that’s for sure! I snacked a bit as the day went on, and in the midst of my snacking happened to come across a new obsession…Cheryl’s Cookies (they’re in the silver tin on the back of the counter there). Apparently they’re from Columbus, Ohio, and oh.my.gosh. I want…no, I NEED…a tin of them for myself. Specifically these, because that’s what I tried at the party and it was just phenomenal. 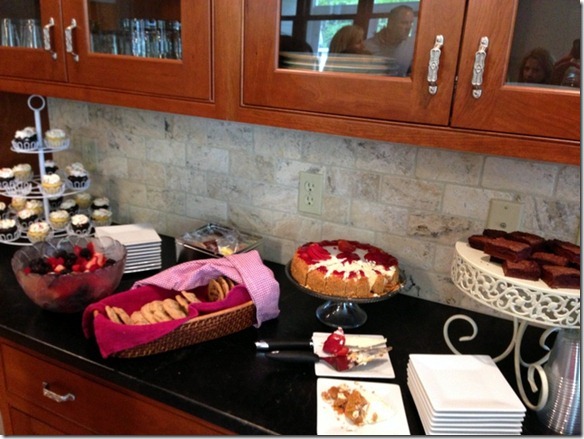 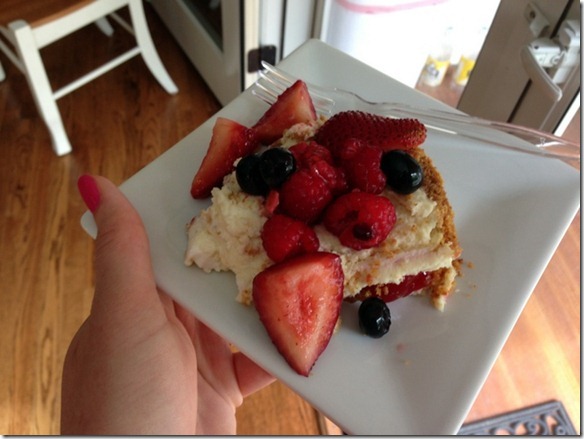 A little while after having arrived at the party, I had one of those “wow, what a small world!” moments after finding out that there was actually someone at the party who reads the blog! Hey Carol! 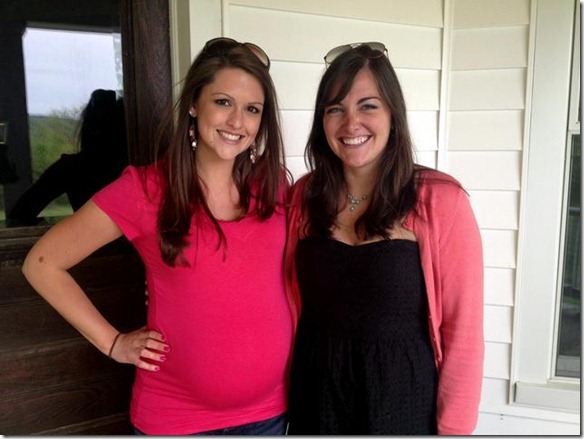 Carol also graduated with Kanika from law school, which is where that connection came from, and she actually started reading the blog after her sister had told her about it. It was super cool to be able to meet her and chat for a little bit. I’m tellin’ ya…small world!

At one point during the afternoon, our group decided to take a short walk down to the lake that they live near. 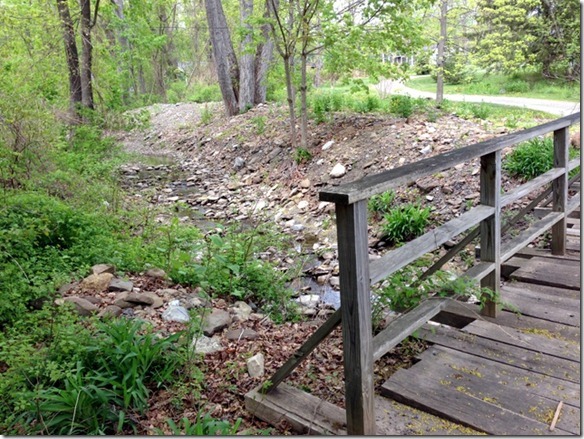 Fun fact: it is Jay’s dream to live on a lake. I told him maybe someday when we hit that lottery. ;) 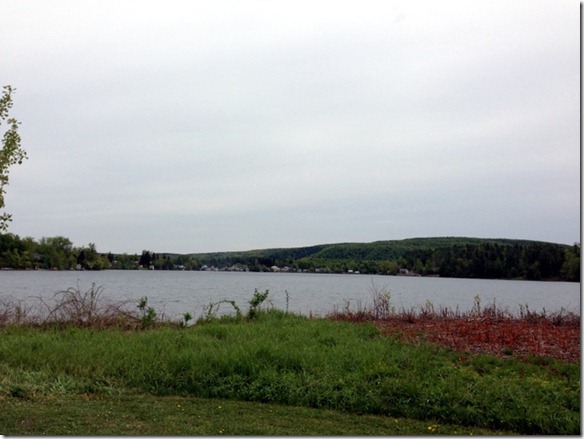 I just love spending time with this crew (although we were missing a few!)…who should all be familiar faces to you guys by now. 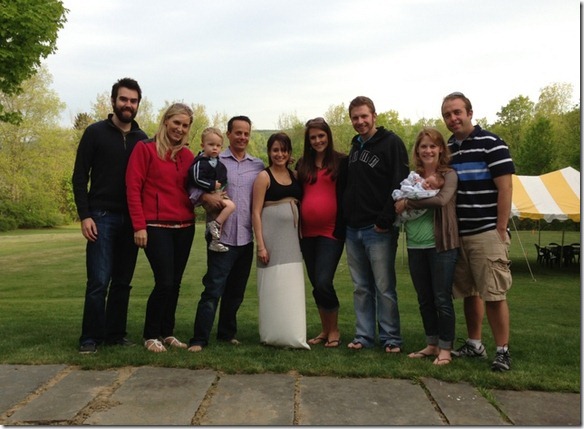 And I seriously can’t get enough of the newest member of our crew, Baby Ben, who was born about three weeks ago. 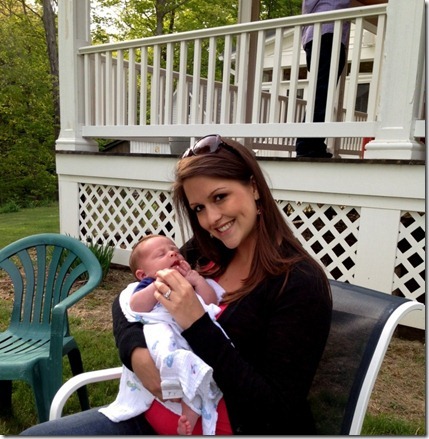 Can you guys believe that in a little less than two months, I’ll have my own little guy to hold?? I feel like it’s hitting a little closer to home now after looking at that photo. Absolutely crazy….and sooooo exciting(!!).

So those were definitely the highlights of my Saturday…how about you guys??