Well, yesterday was quite a busy day, and I’m pretty sure I was more than ready for bed by, like, dinner time. Ohhh, if only!

We got slammed with some snow all day yesterday, so I was fortunate enough to be able to work from home for the day. 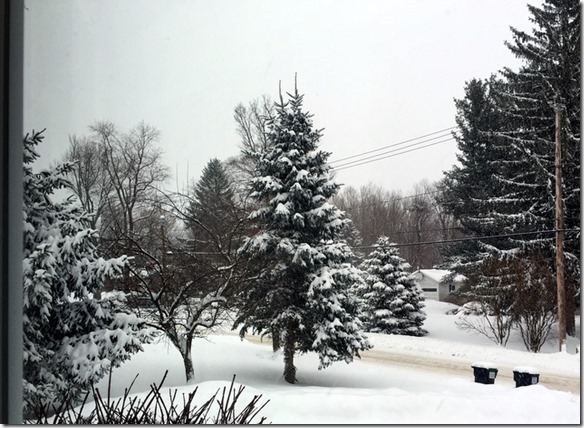 Sure, it’s pretty, but I could really do without it. Give me spring time! 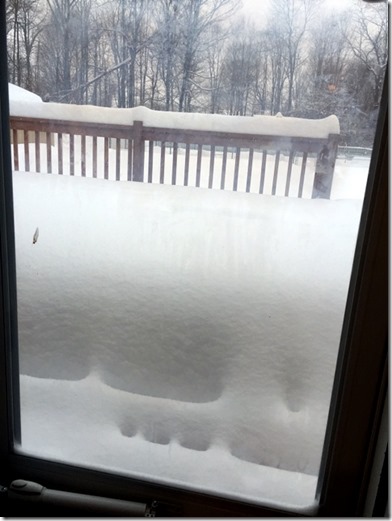 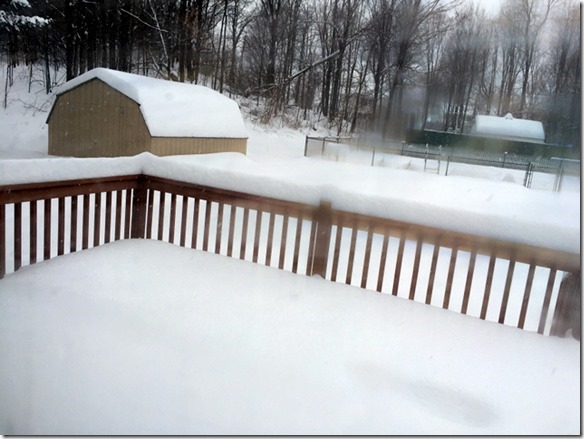 My original plan for the day was to wake up early to get a workout in, but I ended up skipping that in favor of some extra sleep after a night of tossing and turning for everyone (Lucas included).

With a little bit of extra time on my hands, I treated myself to some leftover, reheated waffles (cooked them on Sunday) for breakfast, topped with a little peanut butter, banana slices, and a drizzle of syrup. 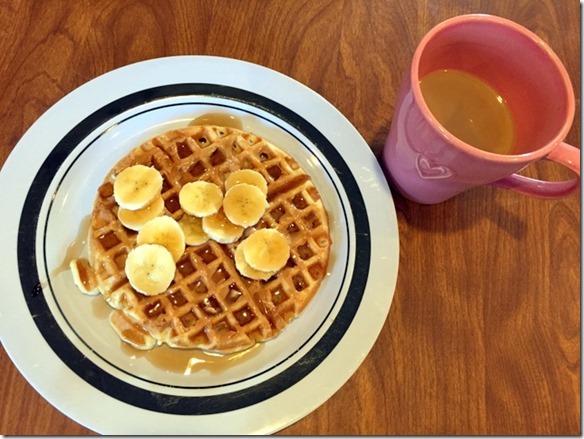 Lucas actually had his 18 month checkup scheduled for yesterday morning, and I debated on rescheduling due to the snow, but decided to just go for it since we only live a few minutes away. It was a slow drive, but we made it there and back no problem. 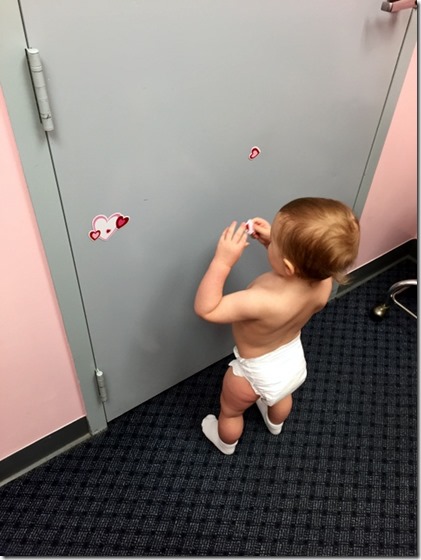 Lucky for me (haha), Lucas was an absolute beast the entire time we were there. Oh my goodness. The poor nurse and doctor were probably wishing we rescheduled.

He’s battling a cold, and is also going through a bit of an “if I don’t want to do it, then you’re gonna know about it” phase (aka, he’s a feisty toddler). 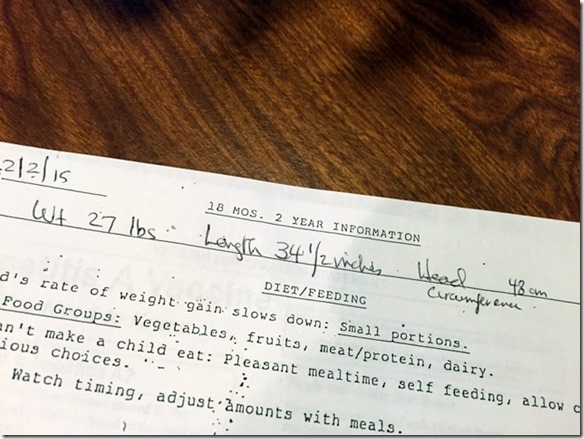 Between the appointment, a shot, and just his overall miserableness from his cold, he was quite ready for a nap by the time we got home. So once I put him down, I got back to my desk and caught back up on work.

Around lunchtime, Lucas was still asleep so I thought about getting in a workout I had planned, but I decided to be a good wife and shovel the driveway instead so Jay would actually be able to drive up it when he got home. 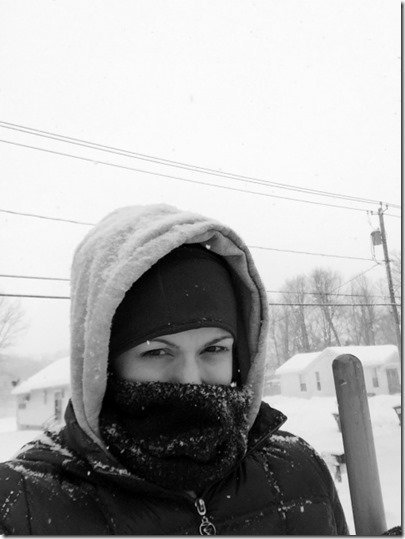 Can you tell that’s my “I hate this weather” face?

I brought his monitor right out at the doorway so I could continue to check in on him/listen for him, and about 45 minutes later, I decided that I absolutely still got my workout in for the day. Whew! 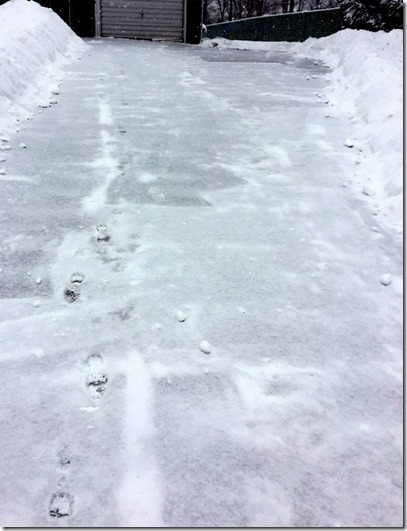 The child ended up waking up about 15 minutes after I got back in – perfect timing! I got things squared away on my laptop for work and worked through some emails while Lucas ate his lunch and I cooked mine – a 2 egg omelet with a slice of havarti dill cheese and topped with all sorts of salsa. 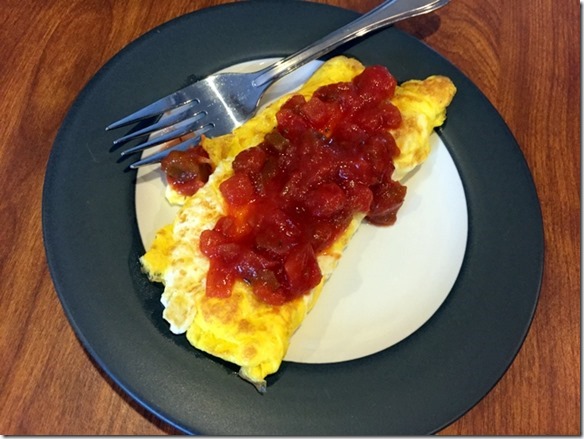 FYI: I’m not documenting all of my eats in this post, so don’t think a 2 egg omelet was enough to fuel me through lunch after that shoveling workout.

My lunch date was in a much better mood after waking up, which I was forever thankful for, too. 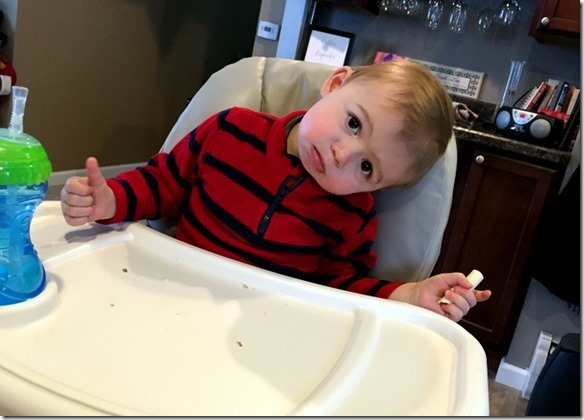 After lunch, it was back to more work… 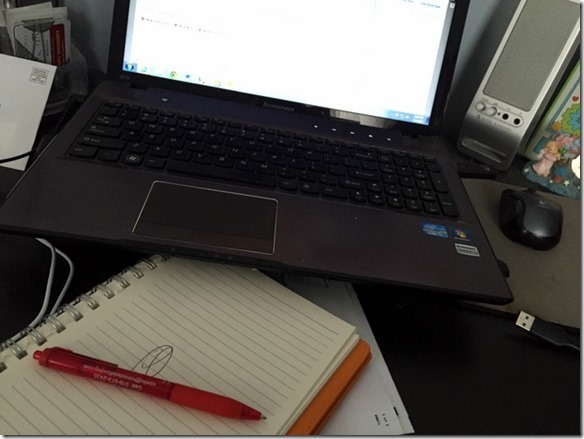 And at least I had the snow to keep my partner in crime somewhat occupied during the day. 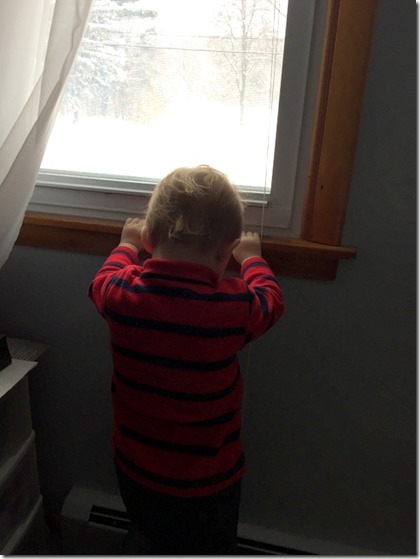 We had tea and water with some bunny grahams for an afternoon snack once I was signed off from work for the day. 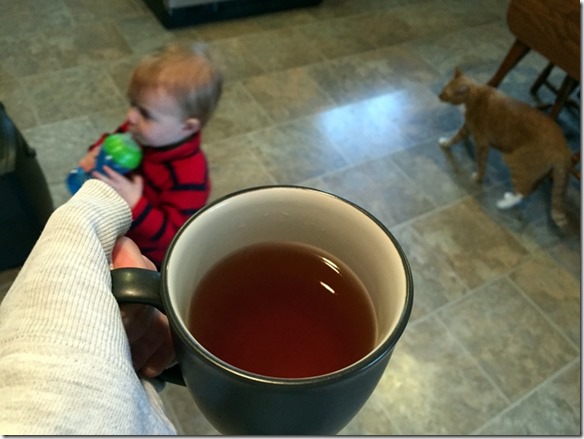 We played this game of running around for a good 15-20 minutes (another workout? you betcha!)…

Poor guy with his runny nose and coughing…

And by the end of the afternoon, the house had been defeated by the tornado that is Lucas Robert. 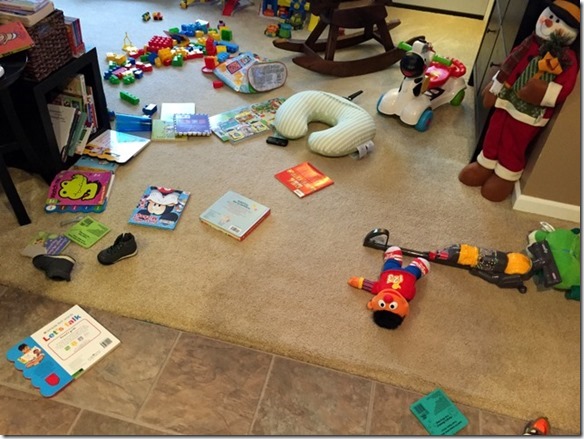 I’ll tell ya…I really wish I had had my Fitbit on yesterday. I swear I would have had like, 30,000 steps. 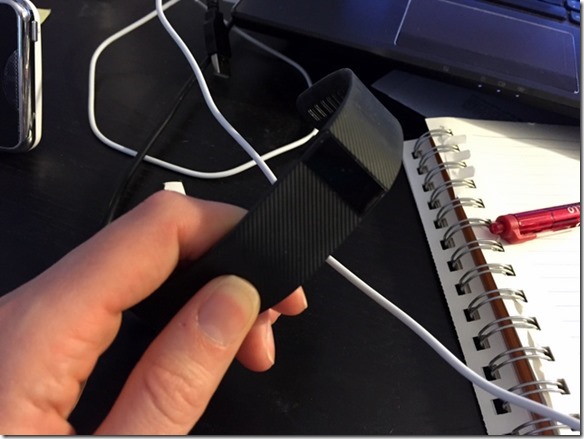 Okay, maybe not. But close.

Little man was so tuckered out that he actually took an afternoon nap for me…which is the reason I actually have the time to type this post out right now! I’m going to cut things short though, my friends, although I’m sure the rest of this evening will consist of food, couch time, and The Bachelor.

Okay, who am I kidding…there’s no way I’m staying up late enough to watch The Bachelor live.