Okay, since when did it become so darn dark in the morning??? Jay and I were both up this morning at about 6:15 and it stayed practically pitch black until almost 7:00am. We actually spent about 15 seconds wondering whether or not we missed a clock turn back or something, until we turned on the news to realize we were okay.

Granted it is dark, gloomy, and rainy here today, but still? Did this sneak up on anyone else?

Anyways, enough of that. How ARE you all this morning? I’ll tell ya, I had a really great weekend. Nothing crazy exciting, just really good, quality time spent with great people. Since you were probably off having a blast yourself, here’s what you may have missed:

I Had An Audience

Past Its Due Date

This morning kicked off Week 3 (already?!?) with Day 15 of the 10lb. Slimdown Xtreme Challenge. I can’t believe I’m already halfway through, but from the looks of it, I think I’ve still got quite a challenge ahead of me! Here’s what I’ve got on board for the week ahead… 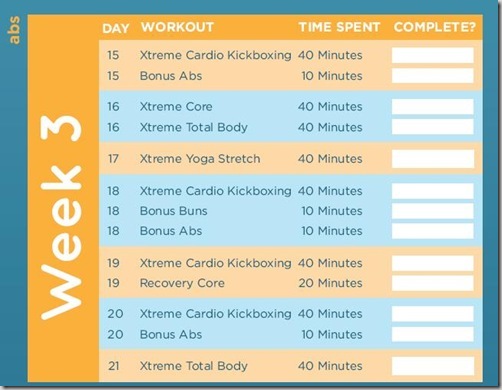 This week’s workouts are definitely upping the intensity (look at tomorrow!) and I realized that I actually have no rest day. It looks like things really ARE getting extreme.

*FYI: Many of you have expressed interest in following the challenge (WOO!). If you want to follow the four-week plan, click here for the workout tracker.

In addition to the two workouts that were scheduled for today, I actually added in a hidden 10 minute bonus workout which I stumbled across over the weekend. CHECK THIS OUT…

If you go to the Exercise TV version of the Xtreme Lower Body video, you’ll notice that it’s about 50 minutes long. If you fast forward through the first 40 minutes, you’ll come to a 10-minute “Back Fat Blaster” video, which works  the rear shoulders, upper, and mid back using a resistance band. 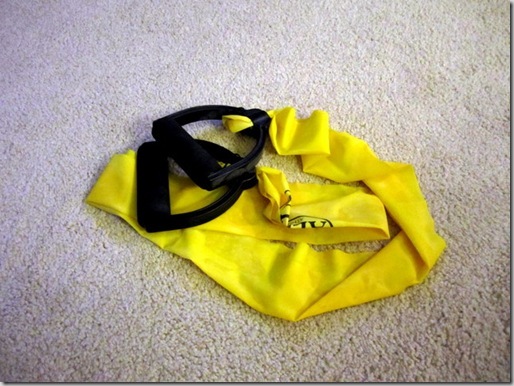 It’s a quick but effective workout and I was pretty psyched when I found it…it was almost like I was uncovering some sort of hidden secret!

Thanks to a little prep work last night, I had some delicious, voluminous pumpkin oats waiting for me to finish up this morning post-workout. 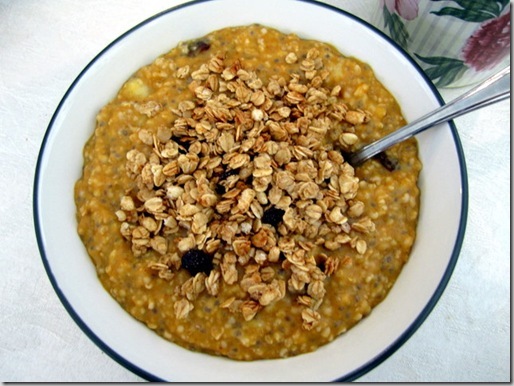 I used the same recipe as last time, and they turned out just as delicious as I remembered them being. 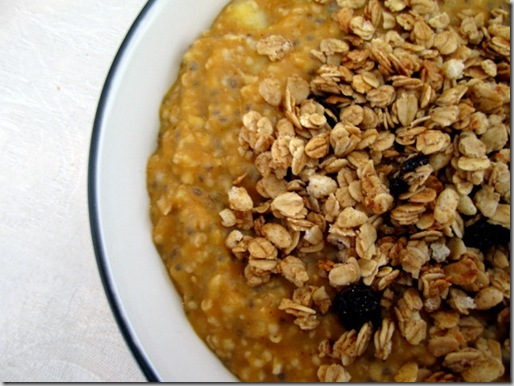 I also had a mug of coffee to kick start my day, but I know that you’re not at all surprised by that one. 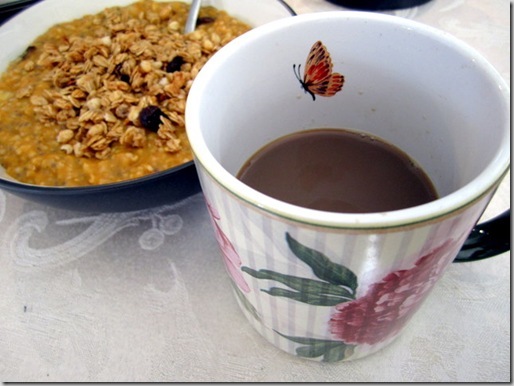 I’m feeling super ambitious today with my to-do list, so I think it’s about time to get goin’ on it. Catch ya later!

What do you prefer: turning the clocks back, or turning them forward?

What was the best part of your weekend?