I decided to take the month of August off from receiving a Stitch Fix box, but just last week I received a new one and it turned out to be pretty awesome! I’m still on the fence for a few of the items, so I’m hoping I can count on you all to help me out in deciding what to keep and what to send back. You in?! 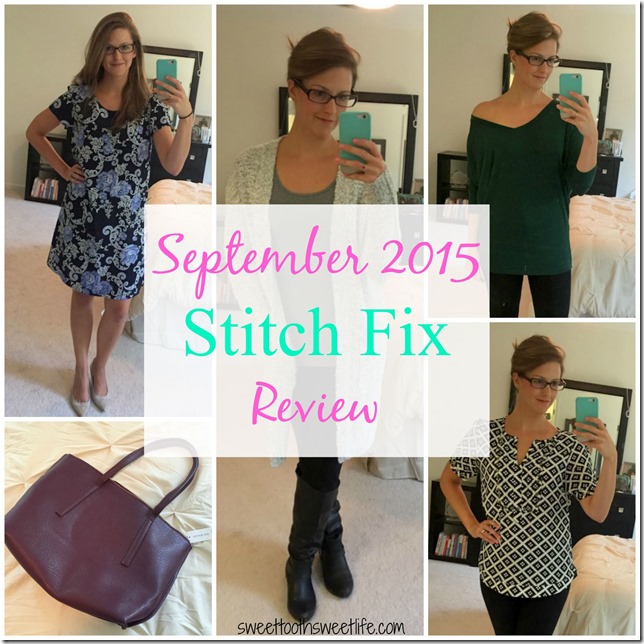 For this month’s fix, I really didn’t give me stylist too much to go off of. I said I didn’t really need pants/bottoms, but that I’m always open to flowy tops and maybe a dress. I also mentioned that a new bag for fall would be nice…and sure enough, the stylist delivered on all of it. Love when that happens!

Apologies ahead of time for the lack of makeup/glasses/unwashed hair…I was just too lazy to take care of all of that when I took the pics this weekend. 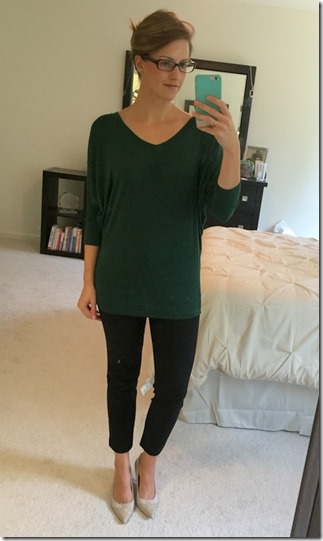 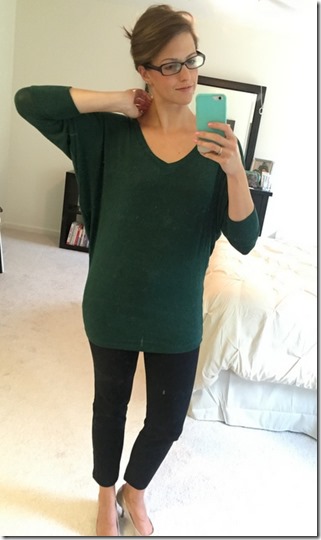 When I first saw this top in the box, I didn’t think I’d be interested in keeping it since I already have a couple of tops fairly similar. However, the fit of this one is slightly different and there’s just something about it that I really love. It’s super cozy too, so for those reasons, it’s a KEEPER. 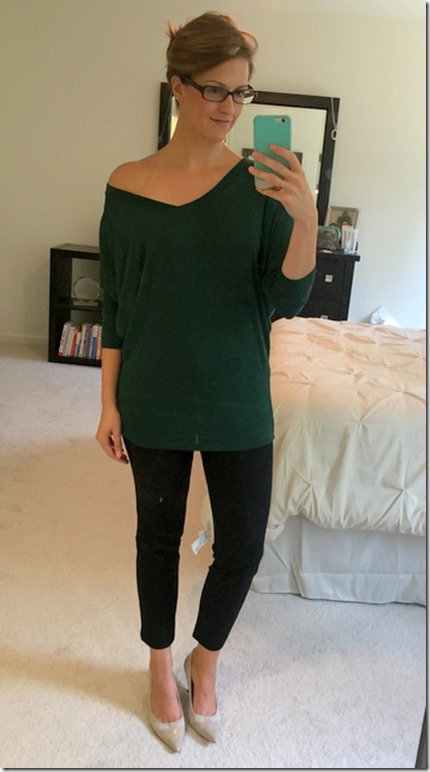 I’m so, so not sure about this dress. Initially, I thought meh…the pattern seemed a bit older, and the fit isn’t all that fitted so it just sort of hangs a bit when I’m standing. 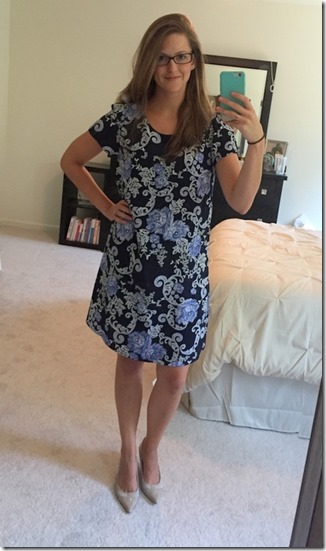 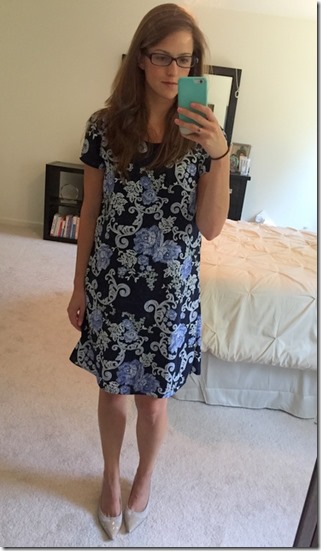 But then I look at it other times (like when I was taking these pics) and it thought, okay, maybe I like it? Could be cute dressed down with a cardigan and some knee high boots maybe?? I don’t know, what do you guys think? KEEP or RETURN?

I had a feeling I’d like this top as soon as I took it out of the box and, sure enough, I did. 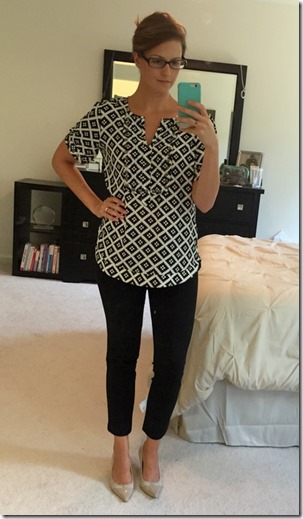 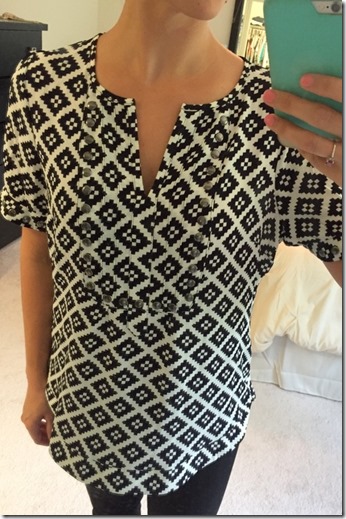 I love the cut, the neckline, the pattern, and the pretty studded details. It’ll be perfect for fall/winter/spring for work, so it’s definitely a KEEPER. 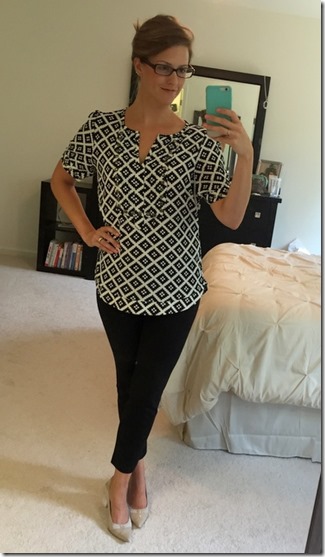 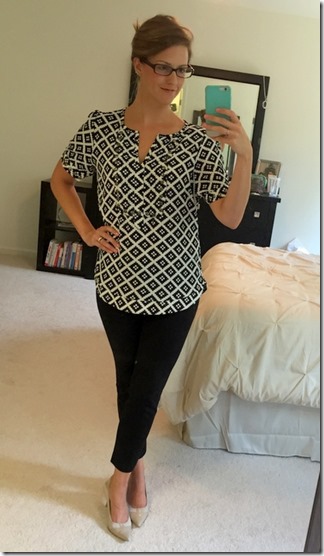 This is probably the one item I was most excited about when I first got my fix…but now, I just don’t know?! 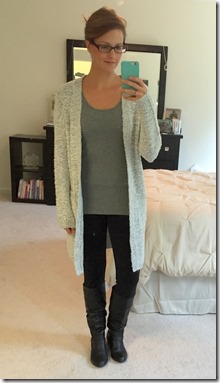 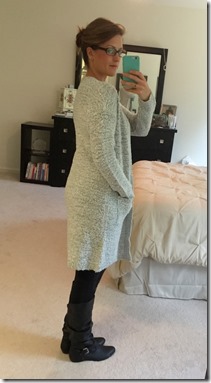 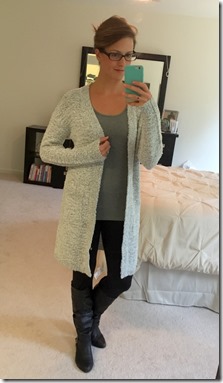 I love the cozy feel of it (it’s SO soft), but I’m just not sure about the length…it’s so long! I also wish the sleeves were a teeny bit longer (I’m pulling them down in the pics, otherwise they’re slightly higher than my wrists). 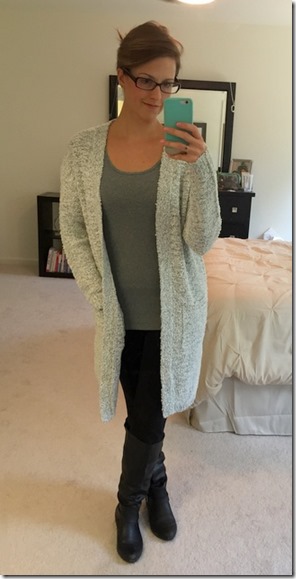 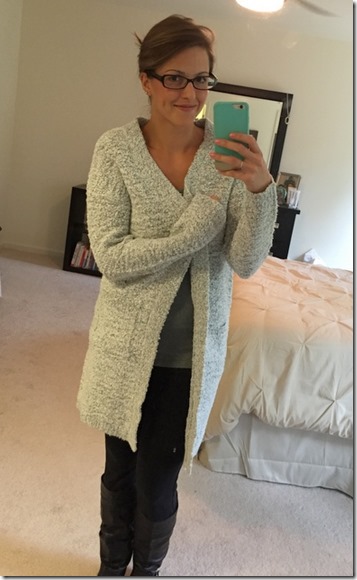 So considering the higher price point, since I’m not totally sure about it, it’s likely going to be a RETURN. 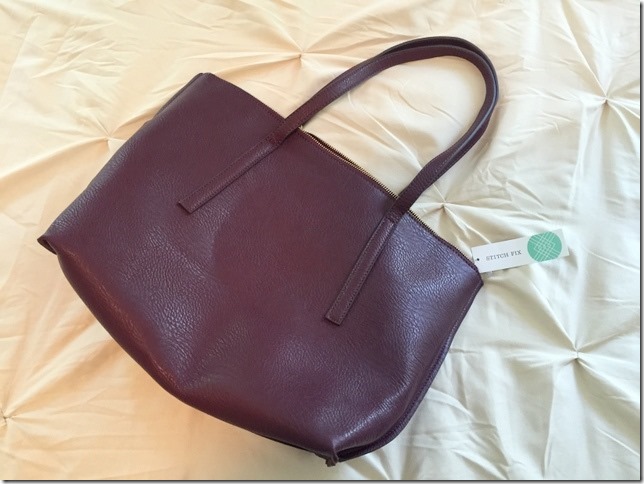 YES, PLEASE! I think the color will go great with brown shades, black, and everything in between. 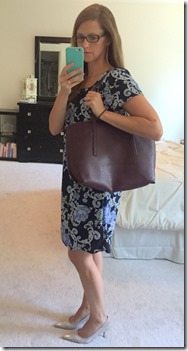 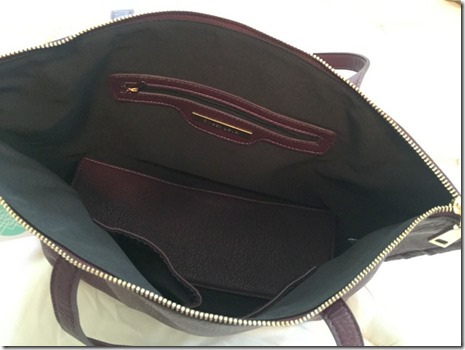 It’ll definitely be a fun way to add a little pop of color to my typically dark fall/winter wardrobe. 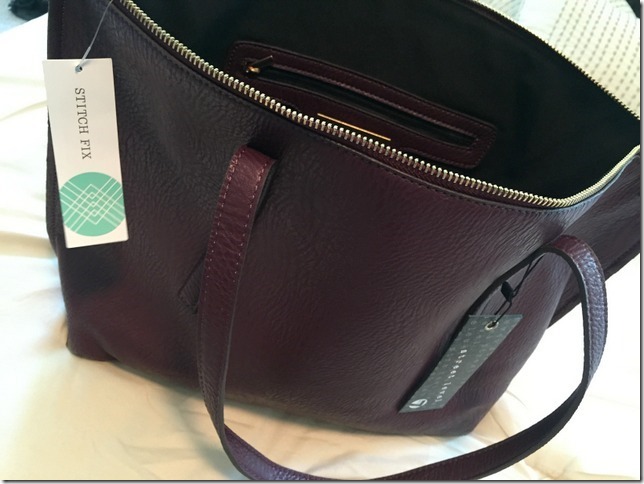 This one’s a KEEPER.

So there’s the September fix! Right now, I’ve got 3 keepers, 1 return, and one on the fence.