I had my first two small group sessions to teach, and they were both awesome. I’m telling you, I was literally on Cloud 9 the entire time. I absolutely loved it! I actually had to chuckle to myself at one point because one of the girls in my first group mentioned something about how she was kind of disappointed to see that a girl was teaching because, as she put it, “wanted a tough workout.”

Well, I had them huffin’ and puffin’ and by the end of it, she actually admitted that I made her “eat her own words.” So for it being my first session, that definitely helped put a little extra pep in my step for the night!

I wasn’t totally sure how the food situation was going to go for the evening, so I brought a few things with me. First, I packed up two scoops of vanilla SunWarrior + 1/2 a banana. 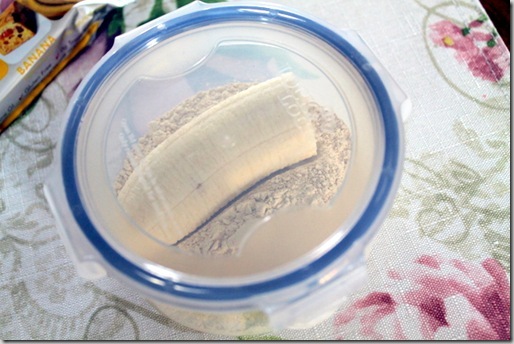 Since my gym actually makes drinks and smoothies, I was able to just add some ice and use their lust-worthy blender to make myself a protein shake. I also added in a little strawberry juice, which made it extra delicious. I think this will most definitely be a go-to option. 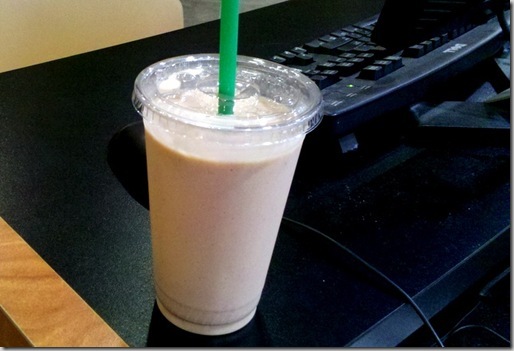 I also brought a banana flavored SOYJOY bar with me, which I had a little later in the evening.

When I got home around 8:30pm, I was a little hungry so I ended up having a VitaTop with some peanut butter and about a serving of Peanut Butter Cheerios. It wasn’t exactly the most balanced meals I’ve had, but it’s a work in progress. I’m sure it’ll take some experimenting to figure things out.

This morning, I woke up feeling, well, slightly like death. My suspicions of a cold have proven true, and I did not get a very good nights’ sleep thanks to the constant stream coming from my nose.

I’m now sporting the lovely Rudolph look, but I’m trying my best to work through it and kick it to the curb. Besides, I really had no choice but to get up and get moving; I had to be back to work at 6am for a quick, three hour shift. I didn’t have any clients or group sessions, so I did a little more shadowing, but as soon as my shift was over, I scooted back home to make some breakfast.

The first thing I reached for, however, was my coffee. All set and waiting for me, which was spectacular. What is it about warm beverages when you’re sick? I just love it. 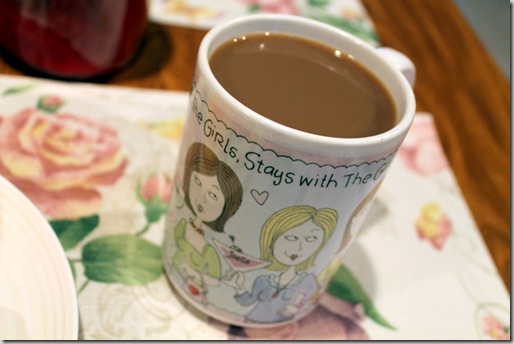 For breakfast, I went the quick & easy route and made an egg, provolone, and jam sandwich on a toasted whole wheat English muffin. 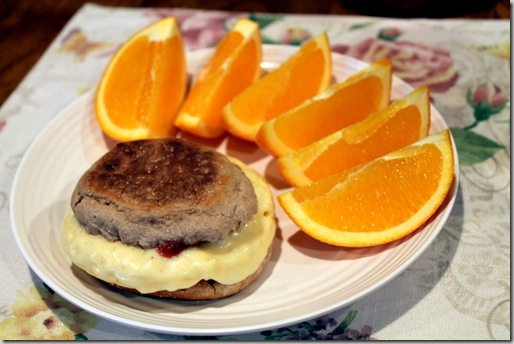 I also cut up an orange to have on the side…gotta get that Vitamin C! 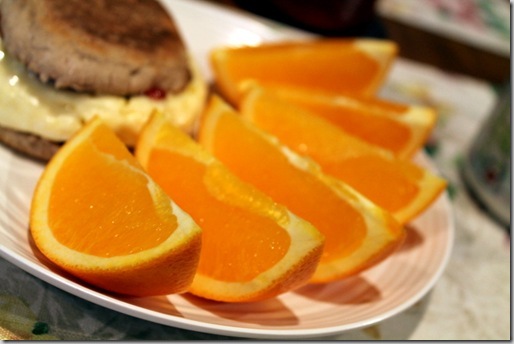 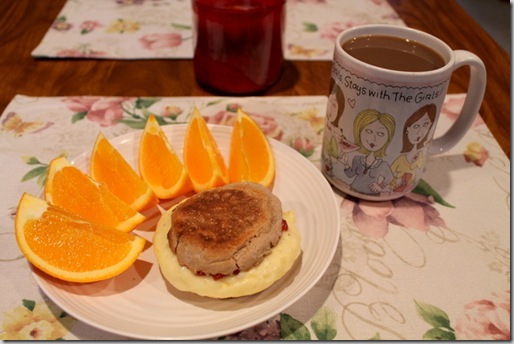 Today is a split shift day of work for me, and I was originally planning on coming home and doing a workout, but I think I’m going to have to switch gears. I am really not feelin’ a workout right now…what I AM feeling is a nap. So that’s where I’m headed!