This morning, I had a hot date with my treadmill. We spent a glorious 38 minutes together, completing this sweaty walking workout while I simultaneously read through all of your comments from last night’s Lunchbox Dinner post.

I’ve got to tell ya…all of your comments really got me thinking about a few different things. First of all, there are a lot of classic lunchbox snacks that I had either totally forgotten about, or were super excited to see that you enjoyed them too. Some of the “super processed” favorites:

What else am I missing?

But more so than just the snacks, there was something else I noticed as I read through all of your comments; a common theme amongst almost all of you: 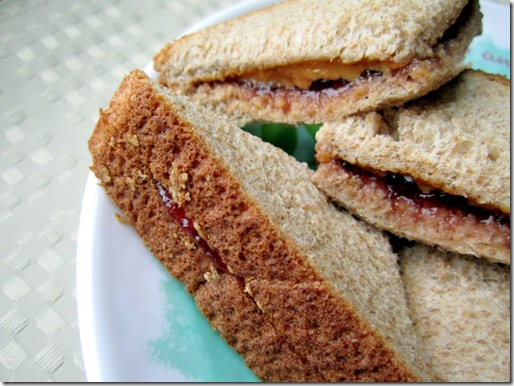 So this got me thinking even more…

Should peanut butter be banned in schools?

It’s no secret that nut allergies seem to be on the rise, and many schools have begun adopting a “nut free zone” within their buildings. 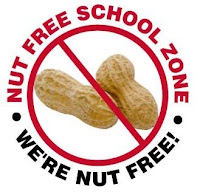 In the last school that I worked in, ALL peanut products were banned. This meant (obviously) no peanut butter, no home baked goods, and no processed snacks that could be made in a facility that used nuts were allowed. Students were provided with a “nut free” snack list, which provided a number of choices that students could bring that were deemed “safe.”

On the flip side, I also used to work in another school, which went about the nut allergy issue a little differently. Their policy was that, if a student brought in a lunch that contained peanut butter, they had to send in a note along with it. Those students that had peanut butter were then all seated together at the same table at lunch, so that the peanut butter could be confined to one specific area within the cafeteria.

So…where do you stand?

Should the nutritious, former lunchbox staple be banned from schools for the sake of those with nut allergies?

Should students be allowed to bring in peanut products as long as they are kept confined to a small area?

I’ll be curious to see what you all think!

Personally, I’m somewhat on the fence, but I definitely lean more towards allowing peanut butter. Because boy, I’ll tell ya, it was hard not being able to eat my beloved PB in the mornings! Plus, I wouldn’t have been able to enjoy a delicious breakfast like the one I made today… 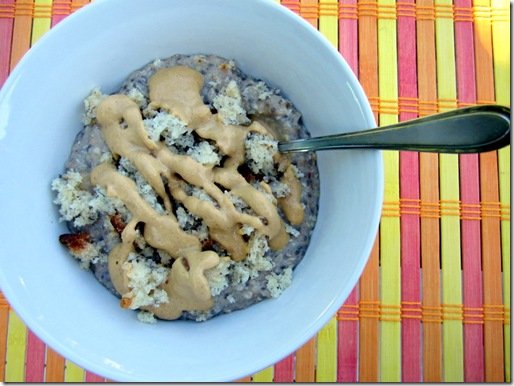 Last week before I left for HLS, I made a killer loaf of banana bread for hubby to enjoy while I was away. When I returned on Sunday, would you believe that the loaf was still sitting on the counter, wrapped up exactly how I had left it and completely untouched?!

Last time I make him baked goods with love before I leave. 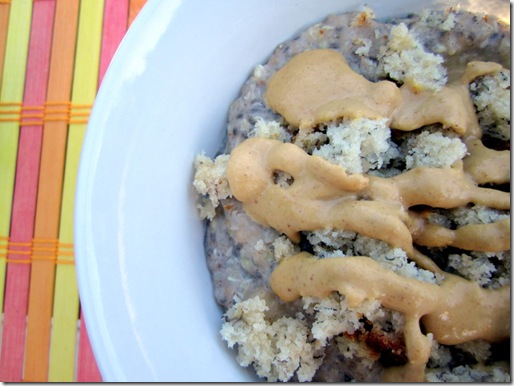 Hey, no big deal. That meant more for me to use today. 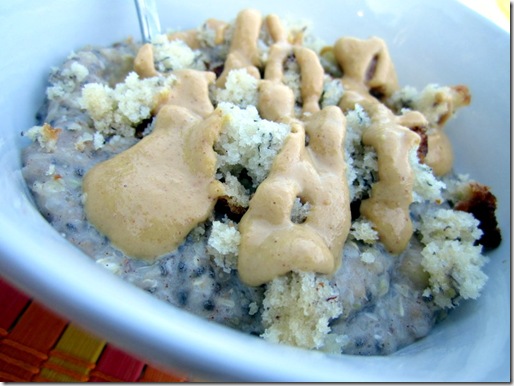 Thoroughly enjoyed with a hot mug of coffee. 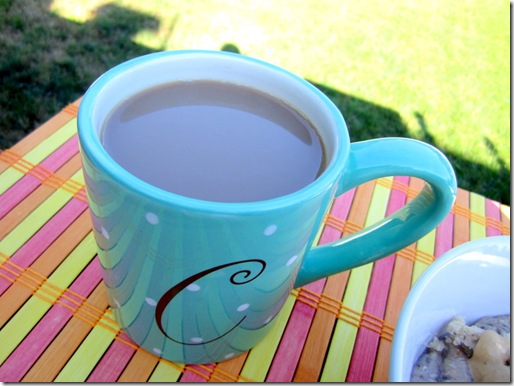 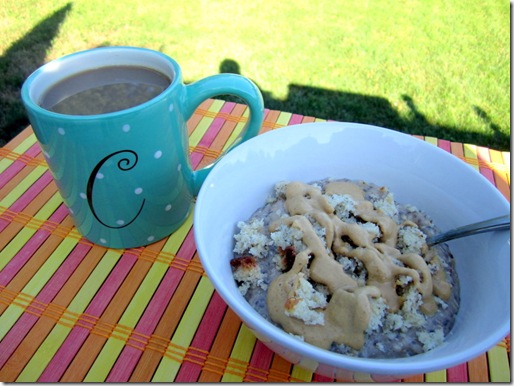 Okay, I think I’ve already talked your ear off enough this morning, so I’ll just end by saying to be sure you chceck back this afternoon because there mayyyy be a fun little giveaway happening.

WOULD YOU RATHER (going with the theme)…