Sick kiddos are no fun. It’s always the worst when you see your little one not feeling up to par and knowing there’s not much you can do about it!

Luckily, the weekend wasn’t all bad. Saturday started off as a “Lucas and Mommy day,” since Jay had to work that morning and then go over to do some work at his parents’ house. I noticed that Lucas seemed a little congested in the morning, but he was still his spunky self, so we had a great morning together.

We made forts (along with a disaster in the living room), and played with play dough (it’s his new favorite thing). 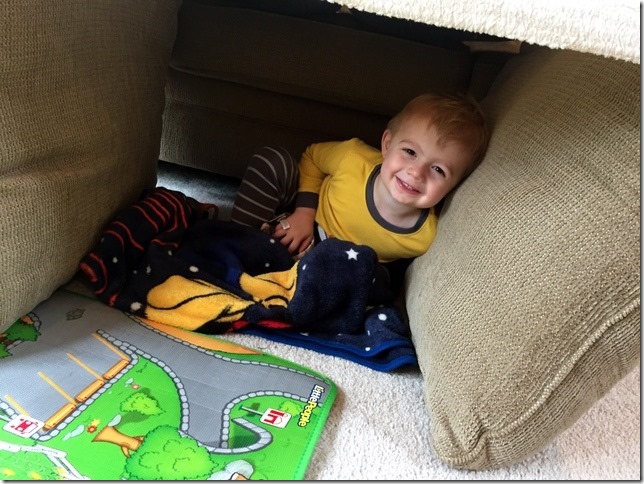 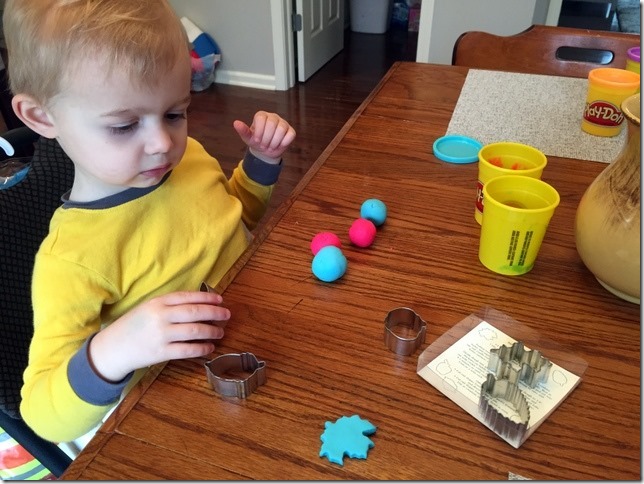 As it was leading up to his naptime, I noticed he was a bit more mellow and the boogies started coming, so we laid low and watched some Paw Patrol together.

He took a great nap that afternoon, so I took advantage with the 3 hours to myself and enjoyed a workout (21 Day Fix ‘Dirty 30’ – always a good one!), some blog work, and some lunch. 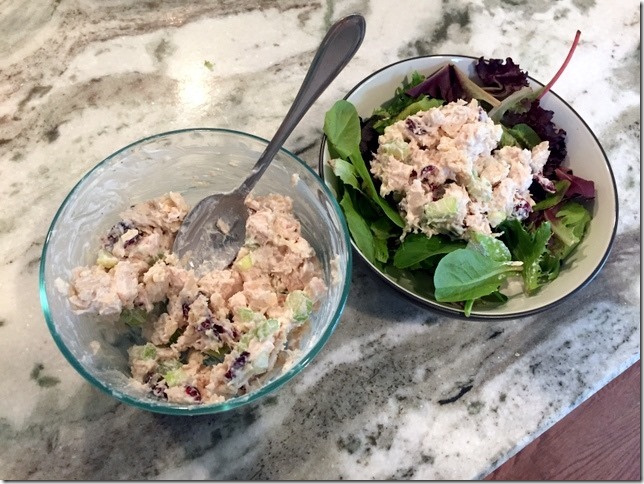 A nice big batch of my favorite chicken salad…which was enjoyed while doing a little coloring. 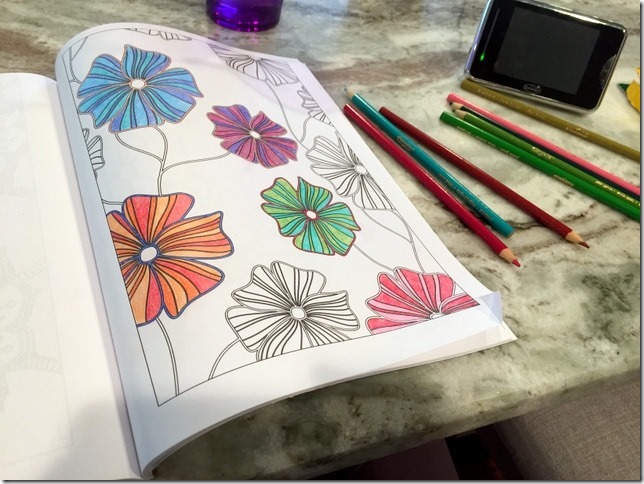 By the time Lucas woke up, we had reached full out booger status, along with a pretty nasty cough, so I slathered him up with some essential oils (okay, not “slathered,” but you get it), and we had a low-key afternoon playing inside. 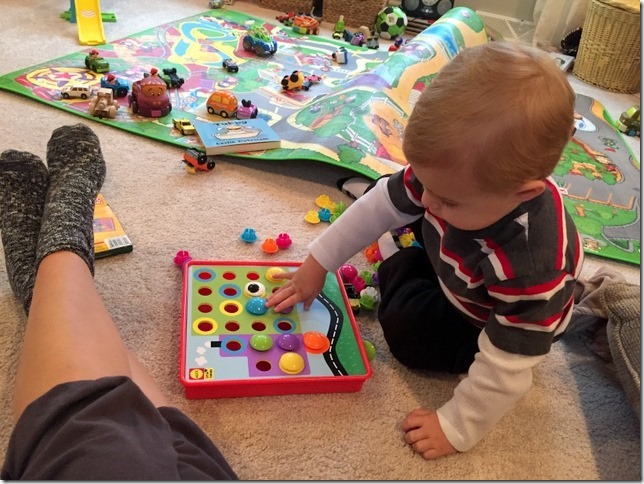 I recently got him this little button toy from Amazon and he really likes it! Although, I think he likes throwing the buttons around the room even more…

Jay finally got home around dinner time, and he even came bearing leftover pizza from working at his parents’ house. It was perfect, since I hadn’t planned anything for dinner, but didn’t feel like spending money to order something. 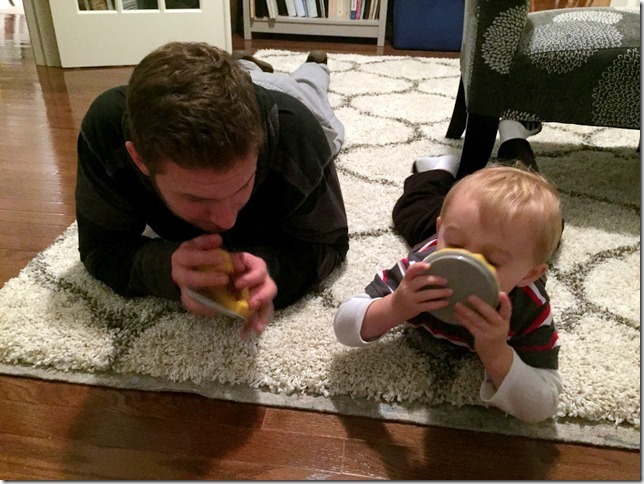 Jay and Lucas had some fun hanging out, and it was great to see his energy come back a bit once daddy was home!

Sunday didn’t involve a whole lot, but it was nice to have all of us together to just hang all morning. We probably wouldn’t have left the house at all, except for the fact that we had some family photos scheduled with my parents. A friend of my parents (Sue, she’s on Facebook!) has started doing photography on the side, and she offered to take some pics of our fam. So the 3 of us, my parents, and my brother and his girlfriend all spent about an hour outside taking some different photos.

Thankfully, we had tissues nearby for the runny nose, but Lucas was a trooper and had a great time running through the leaves and playing on the dock with his “Doo Dee” and Papa.

Yesterday started up the work week once again, and I wound up working from home in the morning to stay home with my favorite little boogie head. He was doing much better, thank goodness, but still a bit under the weather…and I fear that both Jay and I are next. 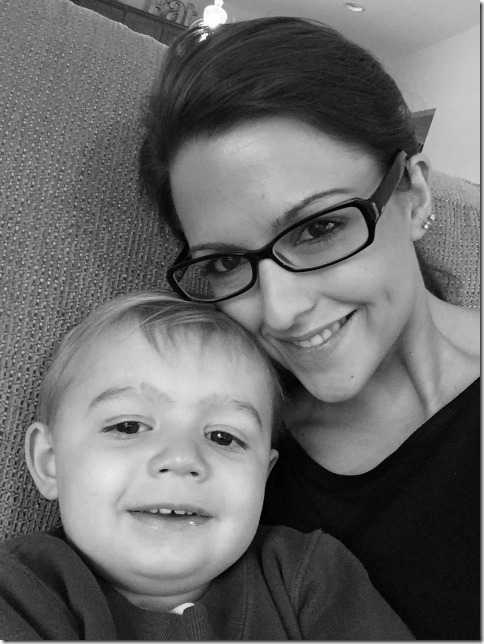 Jay and I split working from home duties, and he came to relieve me around noon so I could head into the office and work there for the afternoon. 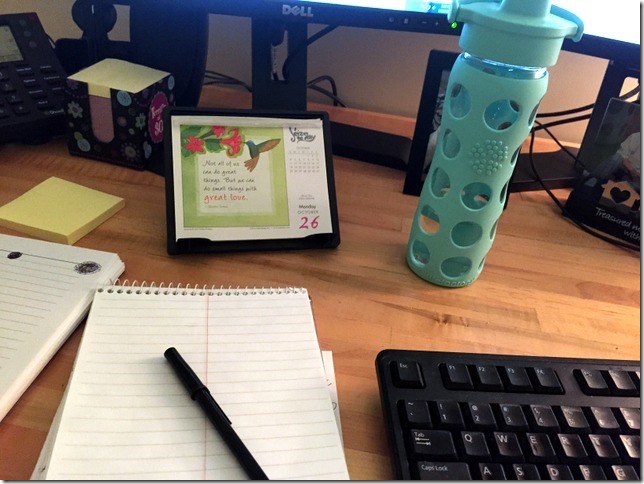 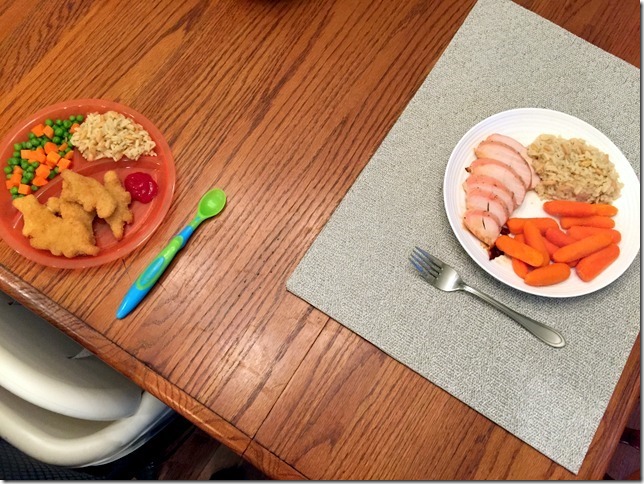 Although, he did eat 3 dino nuggets, so these days, I’m calling it a success. Ohhh, help me.

I also found myself with an urge to bake while getting dinner ready and decided to quickly throw together a batch of my “Love” Granola Blondies. 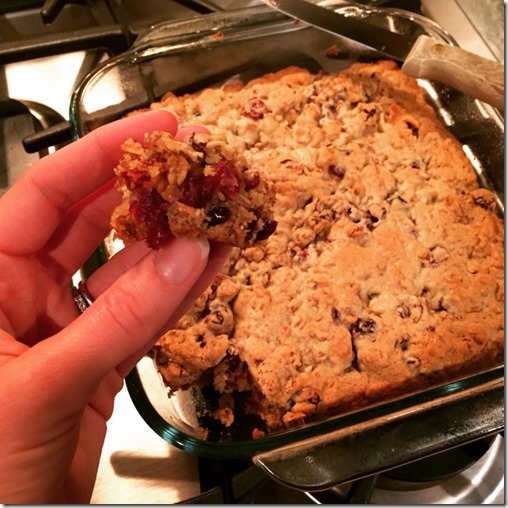 That is an old recipe right there, and I couldn’t even tell you the last time I made them, but they tasted SO good!

Now here’s hoping, as I type this up on Monday evening, that Jay gets home quick because I’m dying to watch last night’s episode of Quantico. It’s SUCH a good show!!

« Getting Ready for Halloween
Screenshot It (II) »