Well, I think this past weekend is the first weekend in a long time where, save for a quick dinner out with the fam, it just was not a great one.

Our poor babe started showing signs of a cold on Friday and when I picked him up from daycare that afternoon, it was clear that he had definitely caught what the rest of the boys in his daycare already had. He always seems to be the last one to catch whatever is going around, always leaving me hopeful that maybe we missed it. 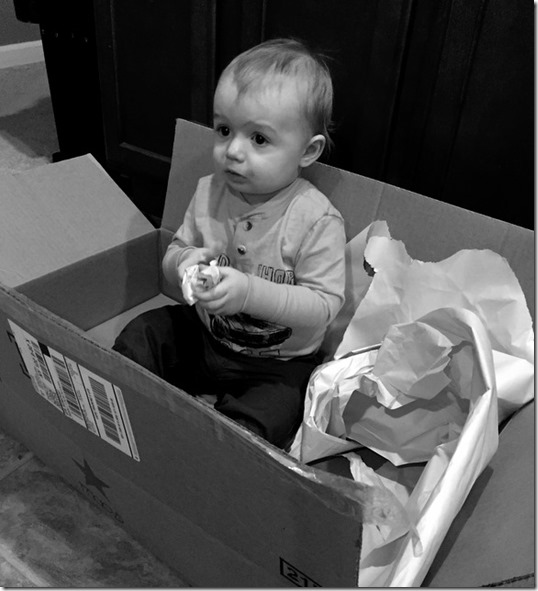 Not this time. So me, Jay, and Mr. Sick Eyes spent a lot of time this weekend laying low and wiping boogery noses. Unfortunately, we also had to cancel on not one, but two sets of plans to get together with friends, which was a major bummer. But in the end, with the holidays coming, I really didn’t want to bring him around a bunch of other kids and have them be exposed as well. 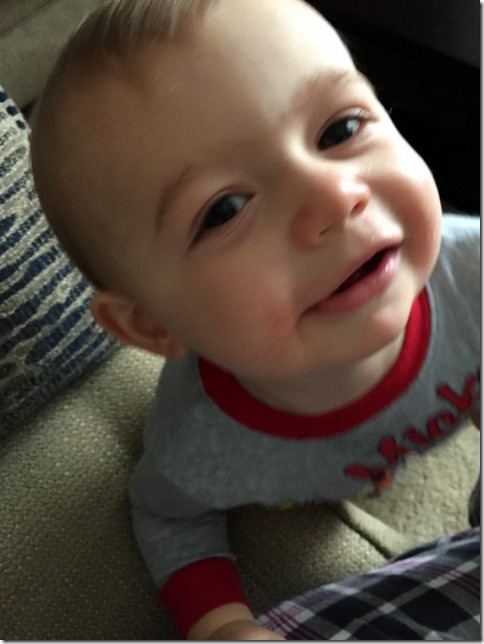 Especially since he treated us to a lovely surprise of puking all over his crib, and then on me…twice…on Saturday night. Thankfully, we don’t think it was/is a stomach bug, but rather more of a reaction to his extreme post-nasal drip and coughing fits. Then again, we’re not doctors so who knows…all I do know is that it was just awful to see him like that. We had lots of snuggles in his chair that night and he wound up going to bed late but still ended up getting some solid sleep so I was glad for that. Mommy on the other hand? Waking up every hour watching the monitor or checking on him. Oh, parenthood.

On the bright side, there was no more puking after the Saturday night incident, and I did get a ton accomplished on my day off on Friday, including some Christmas and birthday shopping, 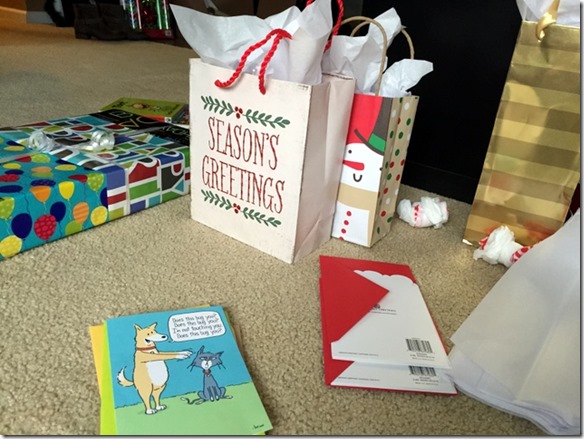 a huge haul at BJ’s (gotta stock up on that TP and paper towels every now and then!), and some more cookie baking. 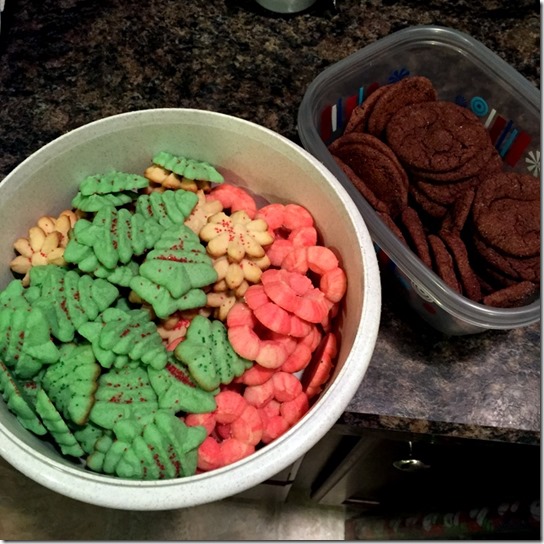 I also, FINALLY, found myself a new winter coat. After trying on what seemed like a hundred of them, the winner was this Laundry by Shelli Segal Belted Military Wool-Blend Coat. 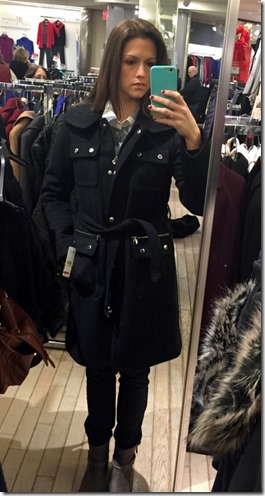 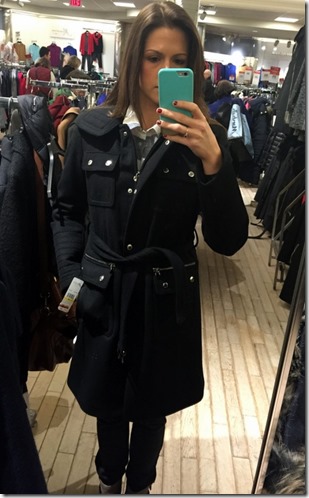 The weekend also included a nice dinner out with the fam to celebrate my dad’s birthday (this coming Wednesday) and my brother’s birthday (yesterday). 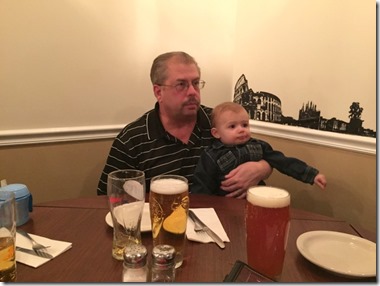 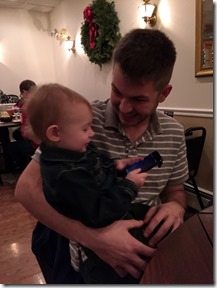 We went to one of our favorites, The Redfront, for their COB pizza like we have in years past. Dinners out with this boy are certainly anything but relaxing, but it’s still always nice to be out with the fam. 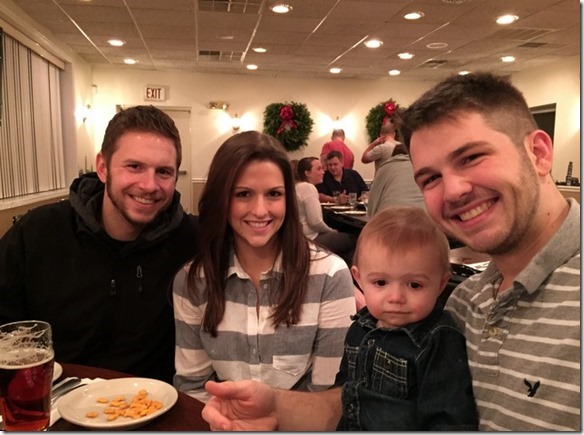 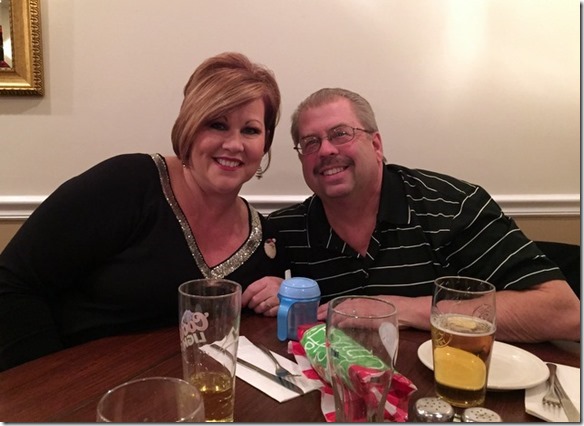 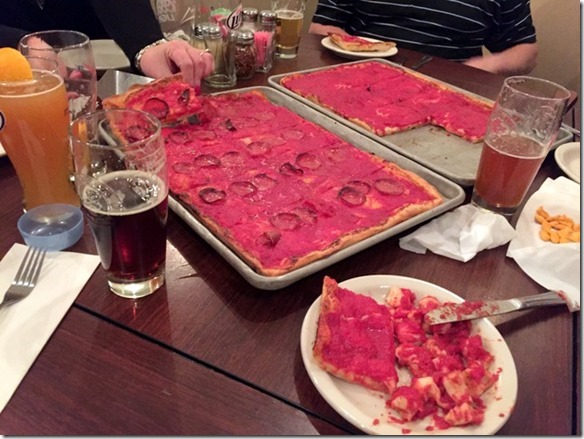 And it was so darn delicious. Oh, and it is also what Lucas ate for dinner that night…’nuff said.

So that pretty much covers our weekend! Hopefully within the next couple of days we’ll all be germ free and back to normal. But for now, we’re just plowing through it. Before I go for today, I’ll leave you all with a fun little photo montage I put together for my brother yesterday on his birthday. 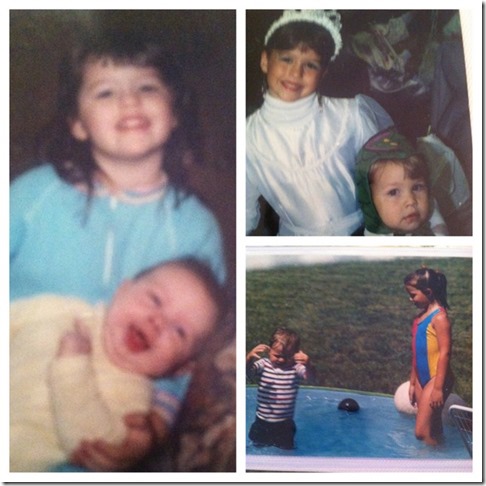 How was YOUR weekend? Anything fun or exciting happening??