I get excited when I get the chance to get on here and chat with you guys, because it likely means that either one or two children are asleep and I actually have two free hands (aka, I’m not holding a sweet babe). So…how are things going?!

Well over here, they’re still a bit of a challenge, but we’re getting by. If I’ve said it once, I’ll say it 100 times, but we are so incredibly lucky to have our parents so close by to be able to help out. Having an extra set of hands is amazing.

This morning, my mom actually took Lucas out to the playground for a little while, and Alex is currently napping…hence my ability to sit quietly for a few minutes. Lately, this nap of Alex’s is really the only good, solid nap he takes during the day. For the rest of the day, he tends to catnap. And this, in turn, results in him being tired, fussy, and always wanting to be held. I’m pretty sure we went from about 3-8pm yesterday with someone needing to hold him, save for a few mini breaks in between.

He ended up falling asleep in my arms shortly after 8pm last night after fighting it off like mad. 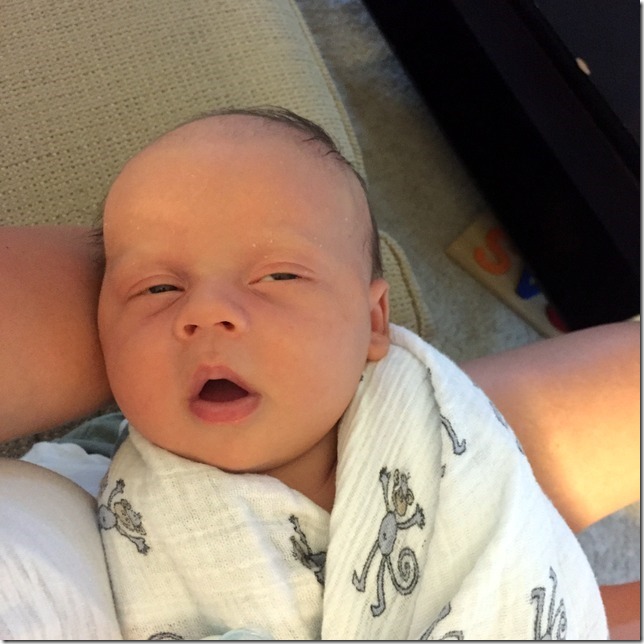 And from then until about 9:45, I didn’t move. But it’s totally cool because the big kiddo was asleep and we got to watch an episode of Orange is the New Black. WOAH. I think we only have an episode or two left and I will be SO sad when this season is over(!!!).

Let’s see, what else…

I’ve been trying to make somewhat of a loose effort (how’s that for non-committal?) on getting back to some healthier eating, although I wouldn’t necessarily say I’m succeeding. Veggies require prep work and, well, I haven’t had much time for that. So it’s been mostly peanut butter and one-handed foods…unless Jay is home and making me amazing egg sandwiches or omelets.

And then, of course, by the time the day is coming to a close and my sweet tooth is ravenous, all I really find myself wanting is a big bowl of ice cream. I keep telling myself to stop buying it so I can avoid this situation, but I’m not quite sure I’m ready to give up my nightly bowls just yet. Ya know? I mean, it’s summertime. Ice cream = necessary, right? 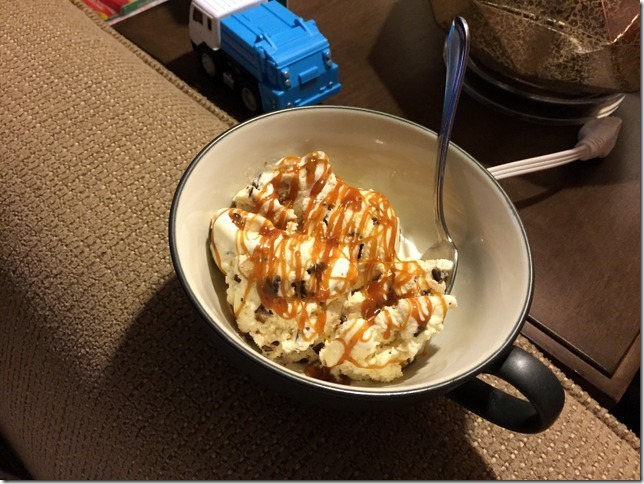 And besides…breastfeeding hunger is real, too. So I’ll blame that.

Also necessary for the summertime? A big ol’ pool. The inflatable pool we had for Lucas got a slow leak so I recently bought this pool off of Amazon, and just the other day bought these plastic balls, too. They’re both huge hits with Lucas and have totally been helping us beat the heat AND keeping him contained to the backyard (as opposed to wanting to run up and down the road). 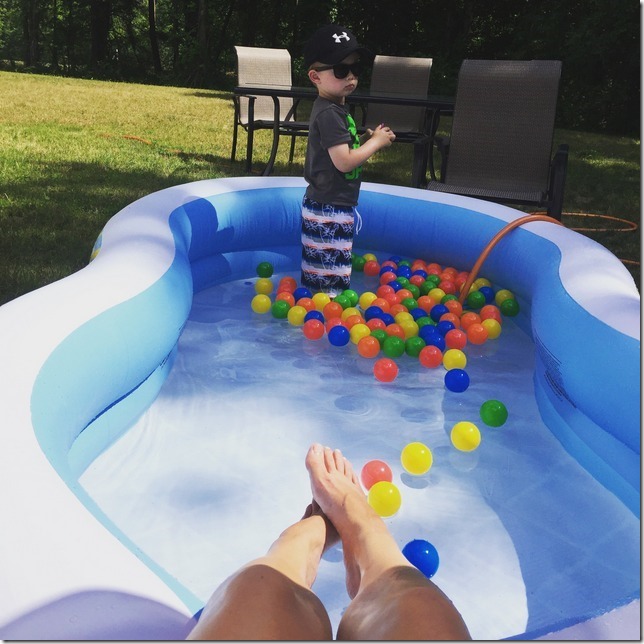 P.S. – Amazon Prime Day is July 12th! If you’re not already a Prime member, you can sign up for a FREE 30-day trial! It looks like there’s going to be some amazing deals (I just saw this Blendtec blender for 30% off!)

I don’t think I have much more to report on today. I’m actually thinking that I should probably go try and shower in the remainder of this quiet window, since it’s likely the only chance I’ll get today. Or maybe I’ll go close my eyes. Or eat some foods with two hands…ohhh, the possibilities!

I’ll catch up with you guys again (maybe) soon.