…and a quick trip to Plato’s Closet… 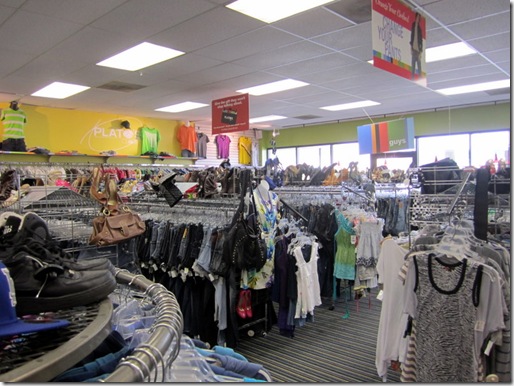 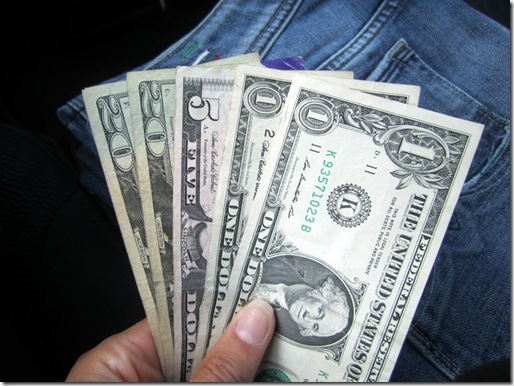 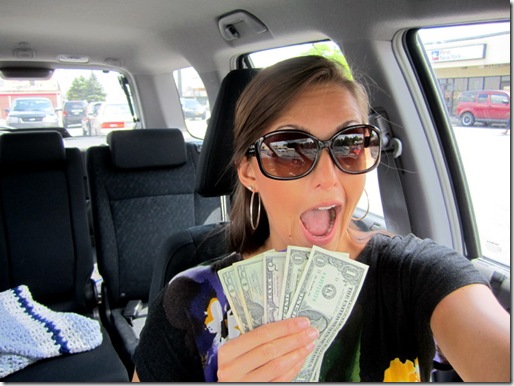 Because a good amount of my clothes were “too professional,” they couldn’t take them, (too bad I ran out of all my old teeny bopper clothes a long time ago) but they’ll still donate them to Goodwill so I’m cool with that.

However, one item that I couldn’t bare to just “give up” was this pair of hubby’s Diesel jeans. He bought them a couple years ago at Nordstrom after being totally persuaded by me, Sarah, and the store associate. Unfortunately, he only wore them about twice; he says they’re “not comfortable” in so many words… 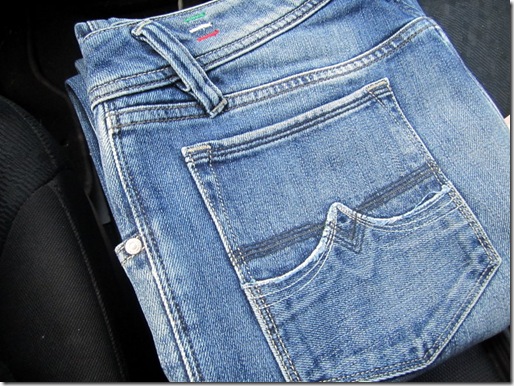 Since these puppies were not cheap, I just couldn’t manage to hand them over for the mere $3.90 they were offering to give. Maybe this is just a sign that hubby should keep them? I mean, they did make his tush look pretty darn good. 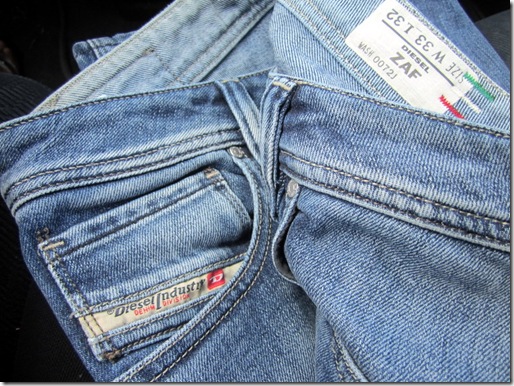 Woops…did I just say that out loud?

(If anyone is interested in snagging this pair of good lookin’ for the tush Diesel jeans for their S.O., shoot me an email. Otherwise, they’re goin’ up on ebay!)

I was planning on hitting up the grocery store on my way back home, but hunger struck in a BIG way, and a trip there would have been BIG trouble. Maybe later…there were more important things to be had! 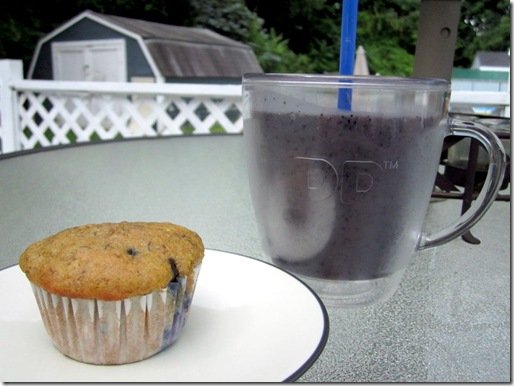 Seeeee? I told you that you hadn’t seen the last of blueberries today.

Considering I still have about 1/3 of the container of blueberries that I bought (which is approximately the size of my head) I figured I better keep at ‘em. 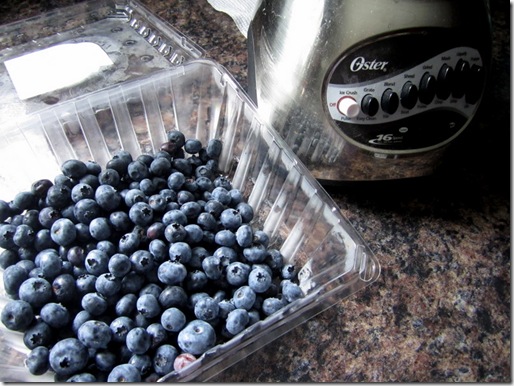 I can handle it though; especially when it’s in the form of a delicious Blueberry-Banana Smoothie. I’m seriously loving this smoothie! 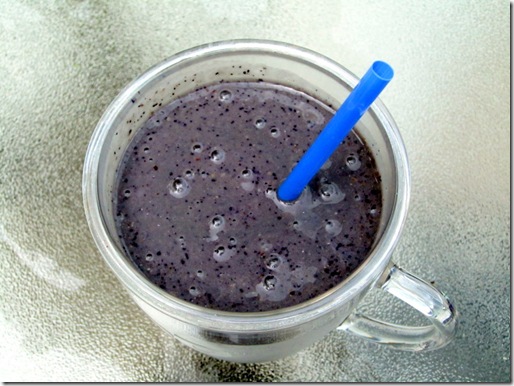 I’m also loving these muffins…only two more left (with four more “hiding” out in the freezer for another time). Hubby even said he likes them, which says a lot since he’s usually the first to complain about something tasting “too healthy.” 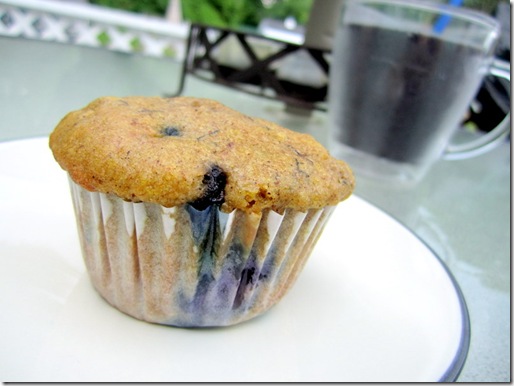 I’ll tell ya…I think with all this blueberry consumption, I may be on the verge of turning IN to a blueberry. 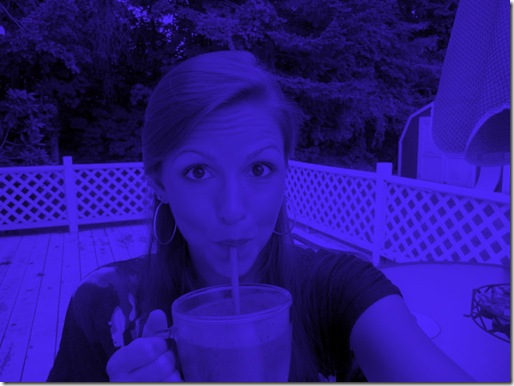 Either that, or a cheeseball?

Yeah, I think I’d rather be a cheese ball than be blue.

(<—a “would you rather” without even trying!)

Oooooo boy…the sky is lookin’ dark and I hear thunder in the background. 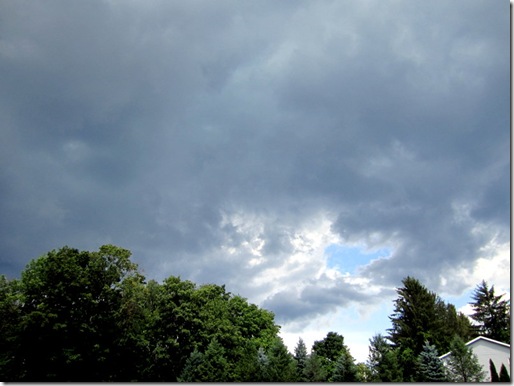 Fingers crossed for a good storm!!

What was the last “food kick” you got on?

If you’ve sold back clothes…what’s the most you’ve ever gotten for them?

« There Was Nothing To Blog About
We Earned It »