First and foremost, I want to wish a very happy Veterans Day to everyone today, especially to the brave men and women who have sacrificed and graciously served our country. If you happen to see a vet today, please be sure to tell them thank you <3

Sometimes you plan a nice date night out and it’s great. Other times, you plan a date night and it doesn’t quite shake out the way you’d expect…resulting in a quick drink out then grabbing some subs for dinner on your way home because your little guy isn’t feeling well. 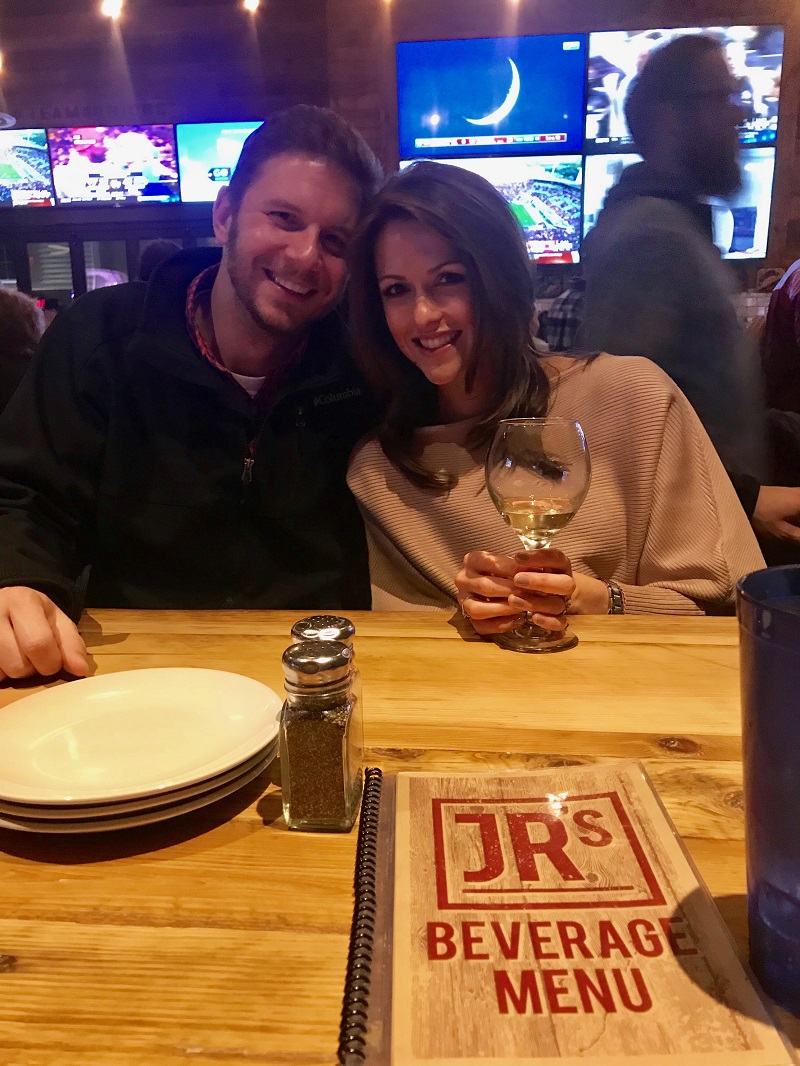 Alex woke up on Saturday with a bit of a cough and runny nose, but once he woke up from his nap that day, the cough wasn’t getting any better. He was still in really good spirits, so since we had planned to just go out for dinner somewhere close by, my parents still came over. The mom guilt was creeping in on me while we were gone, so we decided to just go out for a drink and grab something to eat to bring back home before the boys were in bed. Not quite the date night we had hoped for, but hey, such is life with kiddos sometimes! Thankfully, Alex’s cough was so, so much better on Sunday.

I have Jay to thank for not one, but TWO delicious breakfasts this past weekend! First were these insaaaanely good scrambled egg tacos, which had all sorts of delicious bacon crumbled up throughout. 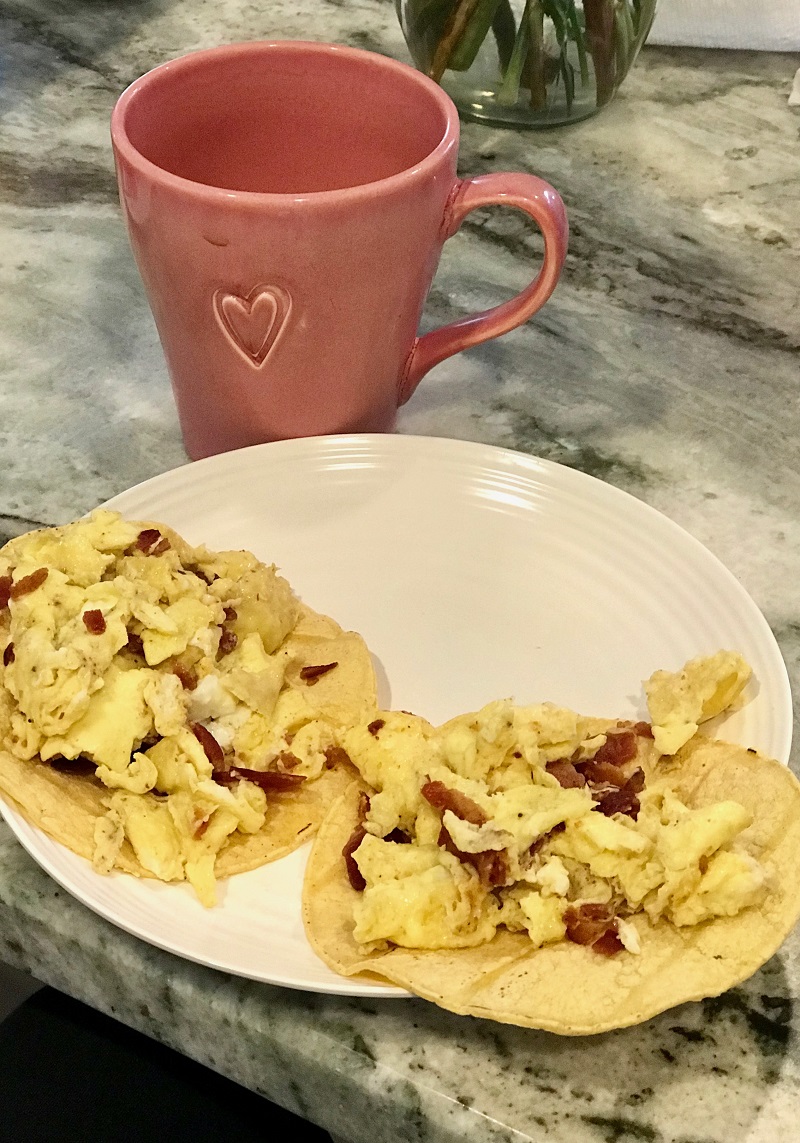 And then on Sunday, Jay and Lucas took another drive out to Cider Belly Doughnuts for some special treats. 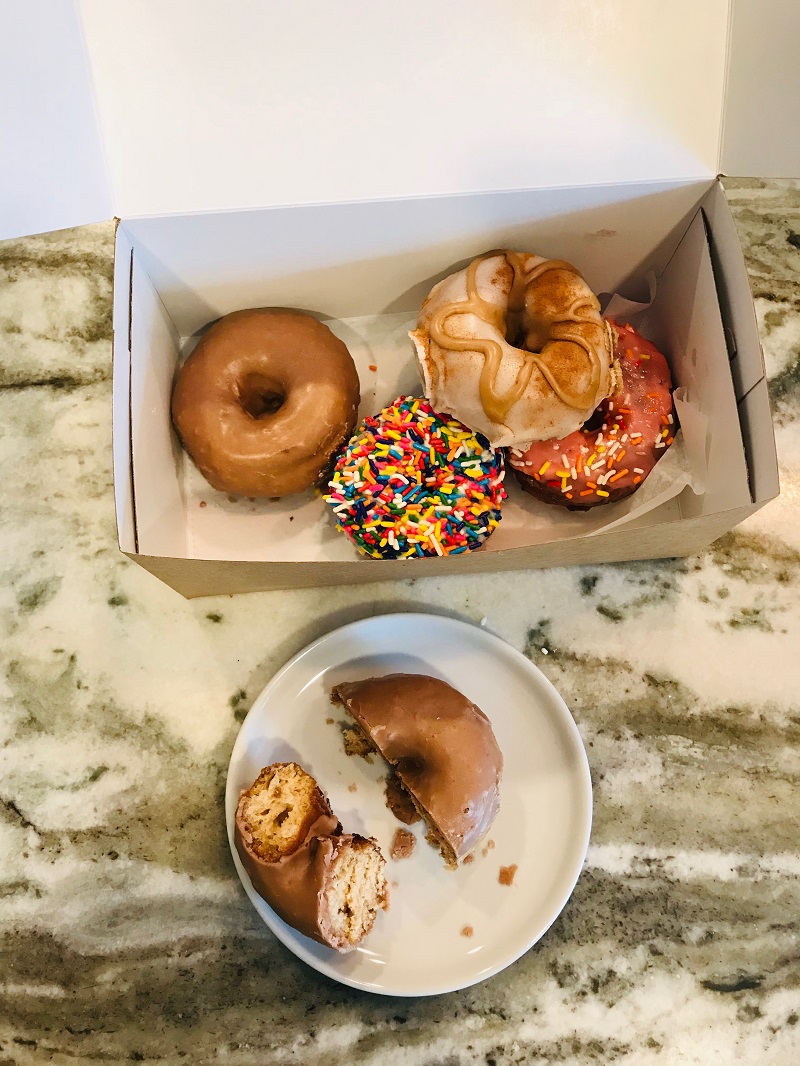 Seriously, all of their doughnuts are SO GOOD (they’re all cider doughnuts with different toppings!). If you’re local to the area, you MUST try them!! The German chocolate frosted one is to die for.

Having to get the yard and outdoor spaces prepped for fall/winter isn’t always my favorite thing to do, but it’s one of those things that just has to get done. 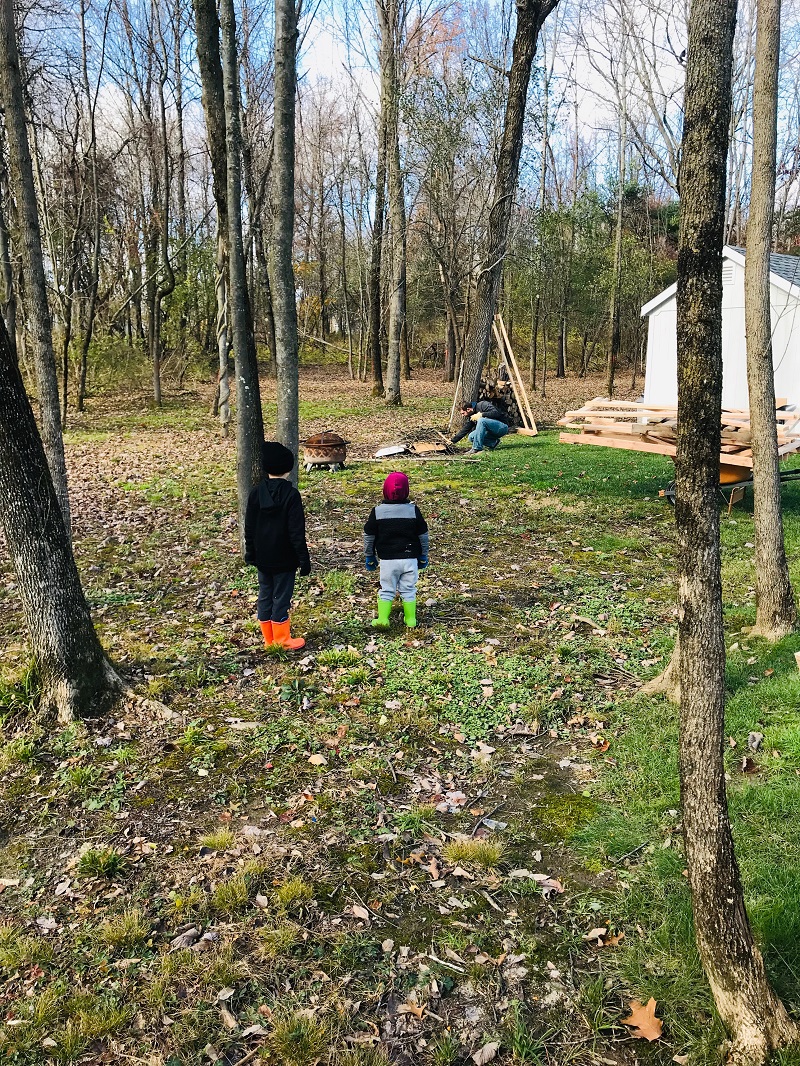 Jay probably took care of about 90% of everything else, like wrapping the bushes in burlap and clearing off all of the furniture from the back deck, but I took on the job of cleaning out the boys’ sandbox, which was not an easy feat! 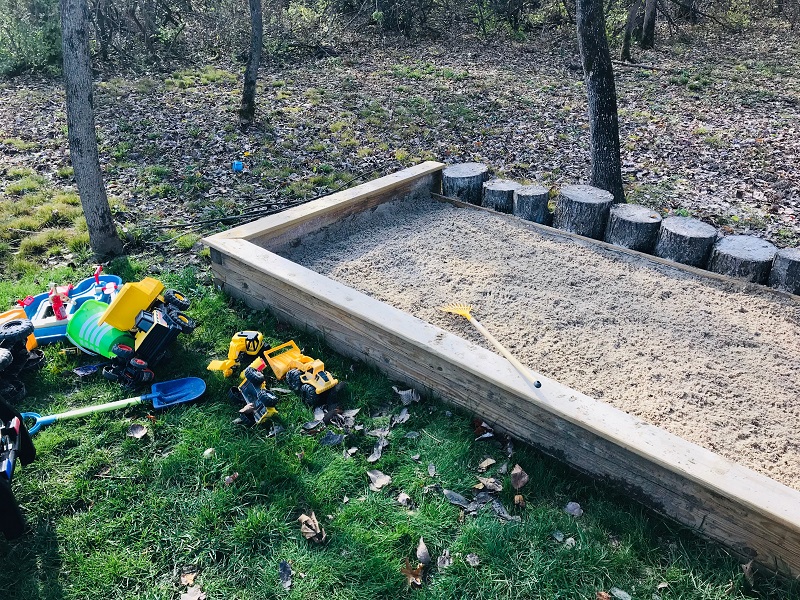 Not only was it wet (since we hadn’t yet covered it) but it was filled with all sorts of leaves, and let me tell you, trying to rake leaves out of wet sand is no joke!

We got some of the stains out of the couch cushions!! Jay had started researching different carpet/upholstery cleaners and had found a Hoover with really good reviews initially on Amazon. After searching some more, I found the same one was on sale at Home Depot for about $60 less! So suddenly, we were the new owners of a Hoover Power Scrub Elite Carpet Cleaner. 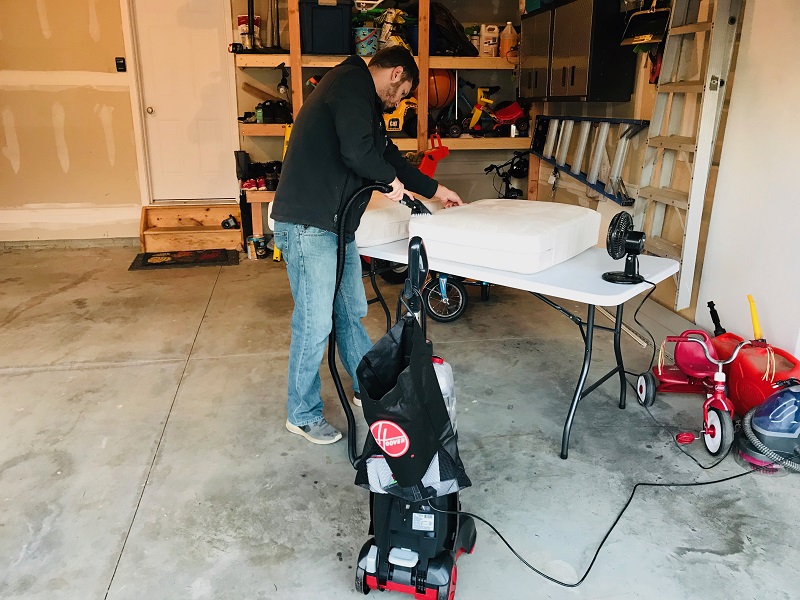 Let me tell you guys, that thing works AMAZING. You should have seen the color of the water after he cleaned just two of the cushions. Totally. Disgusting. But the good news is that the cushions look incredible, and he was even able to get out most of the pen with some extra rubbing alcohol. I think this may have been one of the biggest highlights of the weekend!!

We had a Blue Apron delivery this week (unexpectedly, since I had forgotten to log into my account and check the upcoming deliveries!), and this meal was one of the best I’ve had from them in a long time. 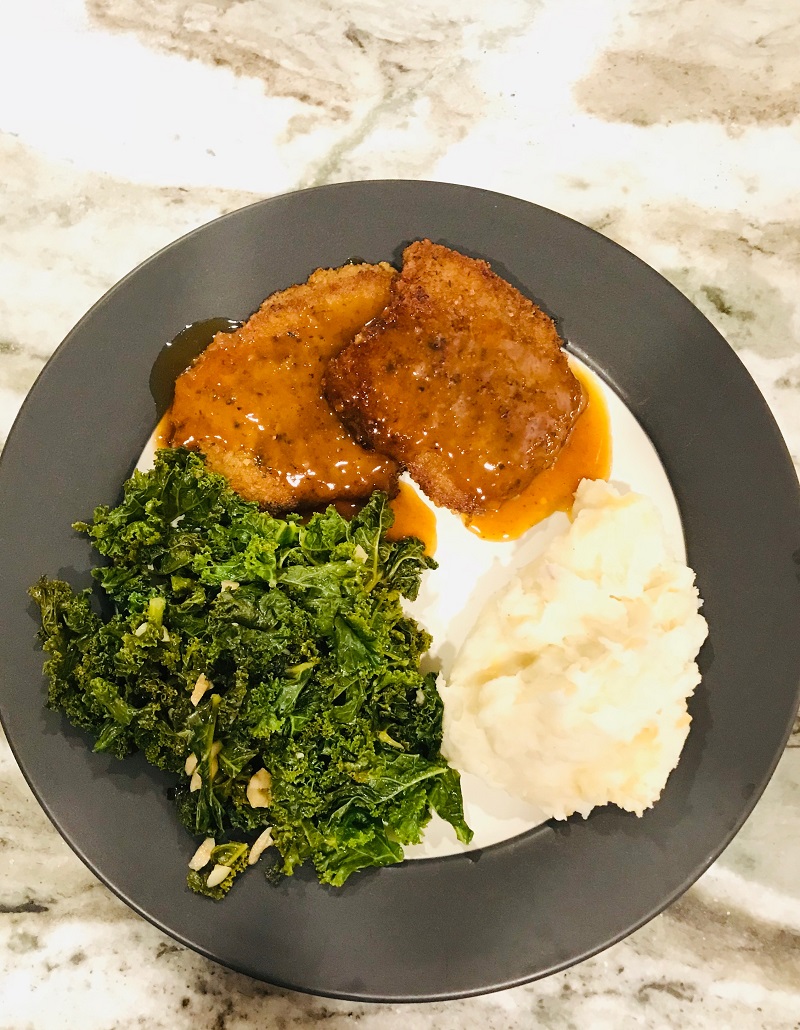 Those beef medallions with the maple pan sauce?! Fantastic!! Even the kale was great (as much as I try, I’m really not a huge kale person…)!

This police car has been getting so much use these days, and now even Alex can drive it (with the occasional crash here and there) which blows my mind. He even said he wanted baby to ride along with him which had me smiling the entire time they were driving around together. 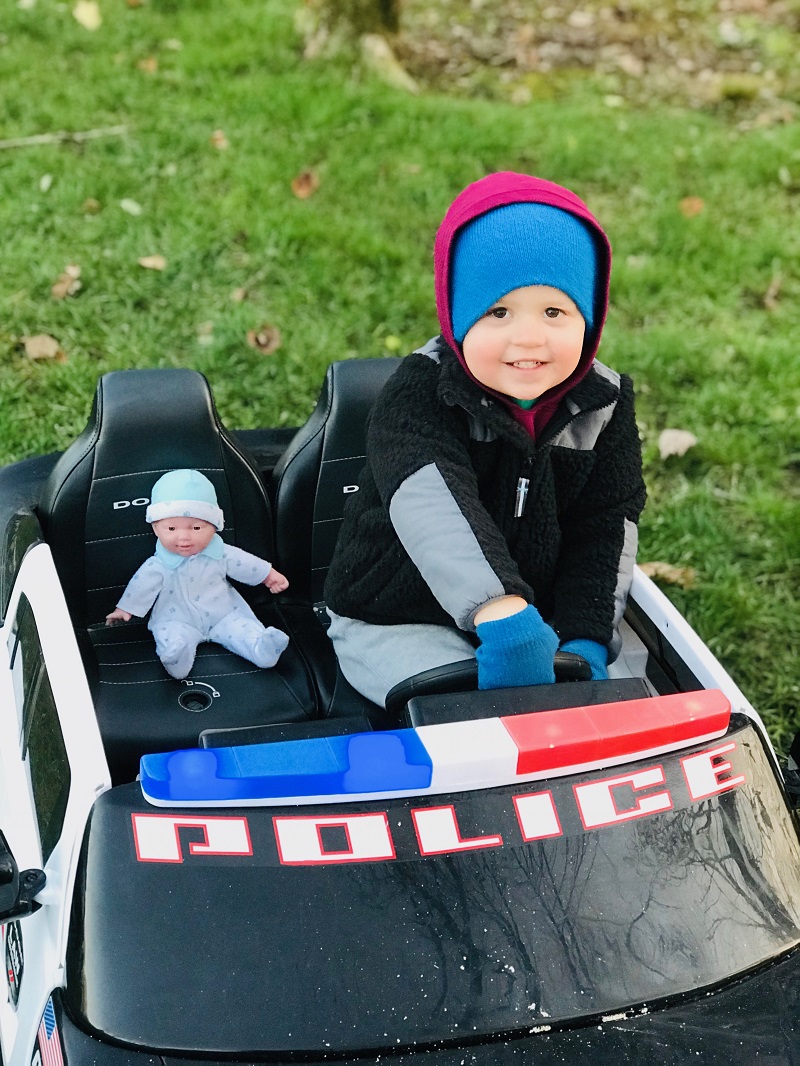 He sure does love that baby (he’s from Amazon)!!

You guys, there were so many amazing comments on my giveaway post from Friday – I wish I had enough to send you ALL a free bottle of the Overnight Resurfacing Peel! It truly is an amazing product, and I know there were a bunch of you who had said you had been considering it but were afraid to buy it before trying…just an FYI, Beautycounter does have a 60 day money back guarantee! So if you try it (or anything, for that matter) and find that it’s not for you, just send it back within the 60 days for a refund. No questions!!

Congrats, girl! Be sure to shoot me an email (sweettoothcourtney at gmail dot com) so I can get you hooked up with your new goodies! <3

Also be on the lookout for some more giveaways and opportunities coming up later this month! ;)

Have a great day, everyone!!