Oh my gosh. SO much fun at yesterday’s softball party! 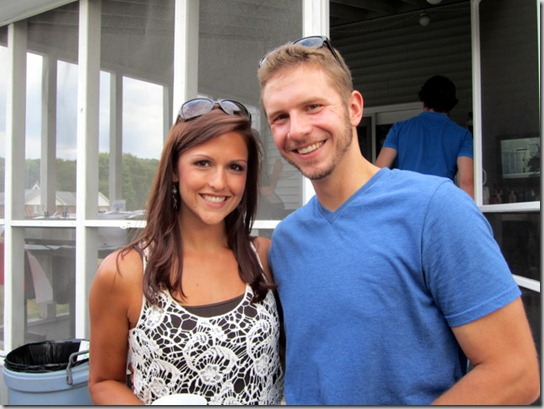 Jay and I headed over to my parents’ house early yesterday evening (my dad is the manager of our team, hence the reason we always party with the parents – they’re always looking for an excuse to let loose!) to join in on the festivities. 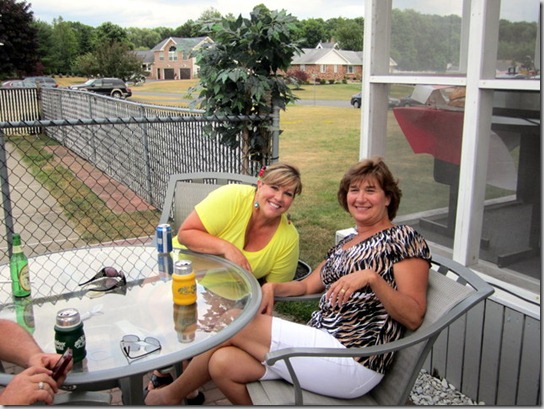 As always, there was plenty of food and drinks to be had. 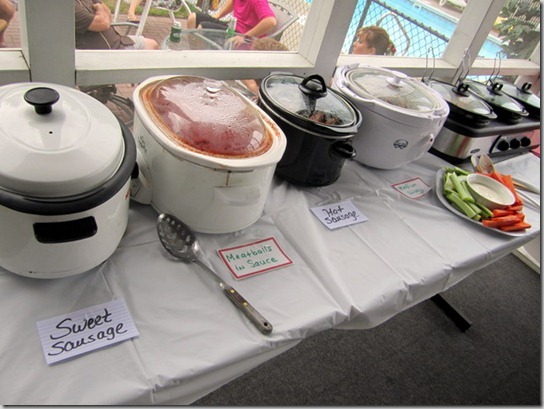 And, of course, there was no shortage of desserts. 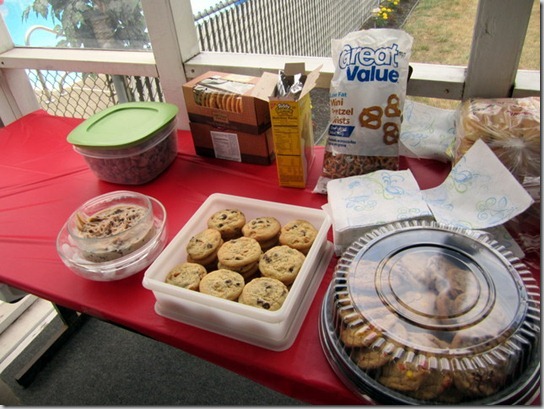 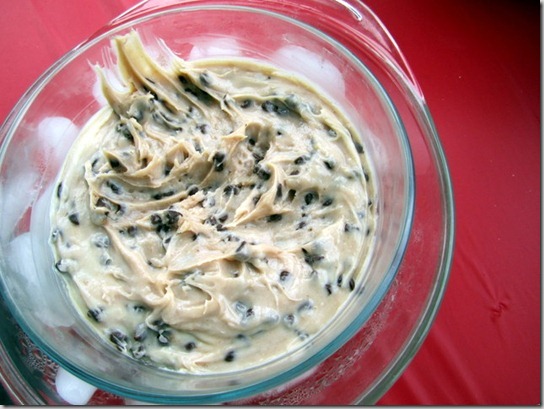 I had totally forgotten that I made it back at this year’s Super Bowl party, but my brother apparently remembered and asked if I could make it again. This thing quickly became my nemesis last night. It was a bad, bad thing…yet ohh so good.

Before I really got into the dip, I did manage to have a real dinner first. 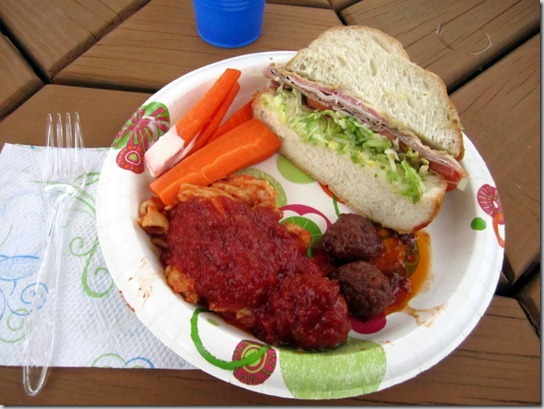 A piece of sub, ziti with mom’s homemade sauce, carrots, and a couple of special crockpot meatballs. Those meatballs are some of the best things going, and probably one of the easiest. Want to know how to make ‘em?

In a crockpot, simply dump in a bag of frozen meatballs, a small jar of chili sauce, and a small jar of grape jelly. Stir it up and let ‘em cook. They sound crazy but I’m tellin’ you…they’re out of this world.

After dinner, everyone had some fun in the yard playing ladder ball, corn hole, horseshoes, and beer pong. 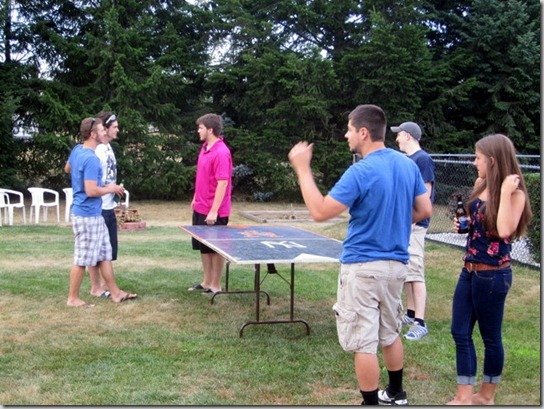 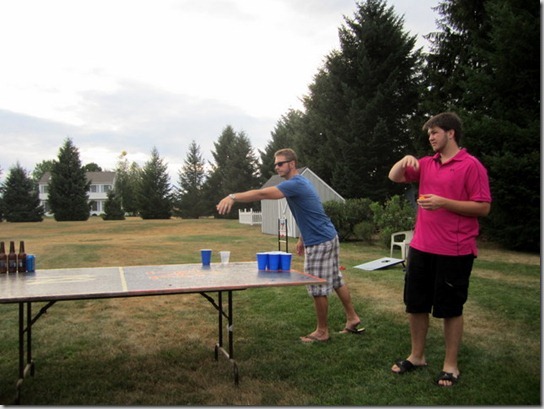 A little while later, I snacked on this amazingness known as “Snickers Salad.” Yes, I kid you not. 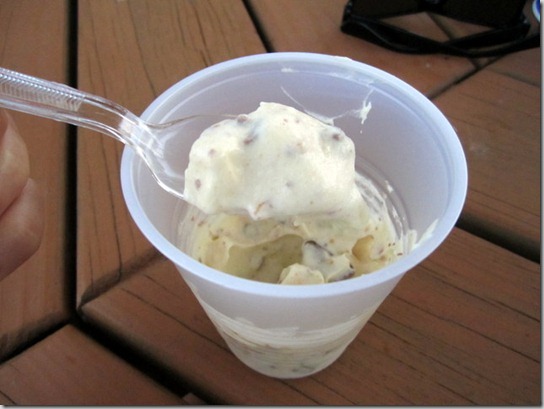 Seth, pictured below, is the newest member to the softball team this year and his wife, Nicole, was the brains behind this crazy-good concoction. (Side note: both Seth and Nicole work at the same place with my dad and brother, which is actually the same place that I also used to work part time in college, so I already knew them before they joined the team this year. They’re both awesome and such a good time!) 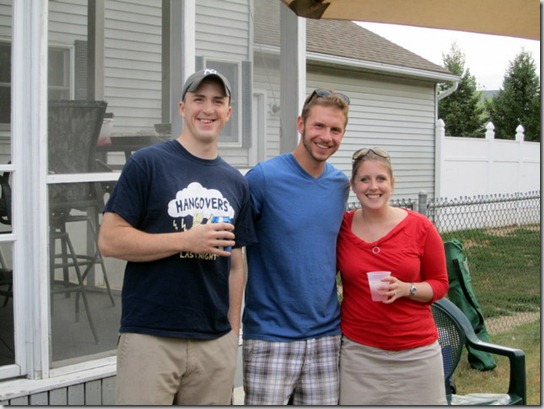 But anyways, the Snickers Salad. According to Nicole, it’s made with Cool Whip, vanilla pudding, chopped granny smith apples, and chopped up fun-size Snickers bars. 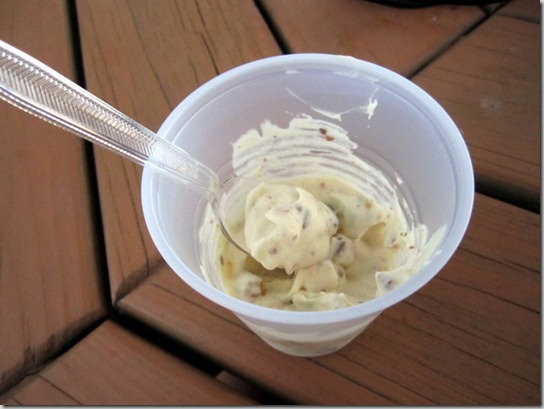 As the evening continued on, the shenanigans continued. 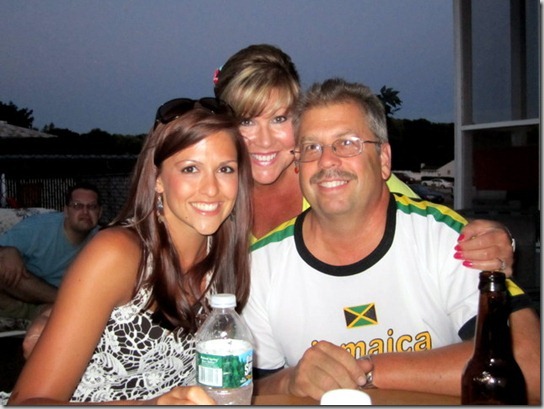 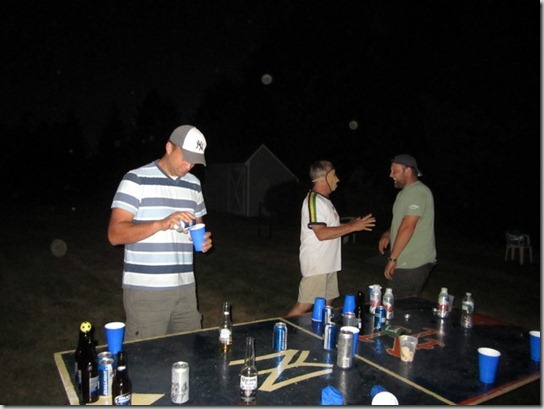 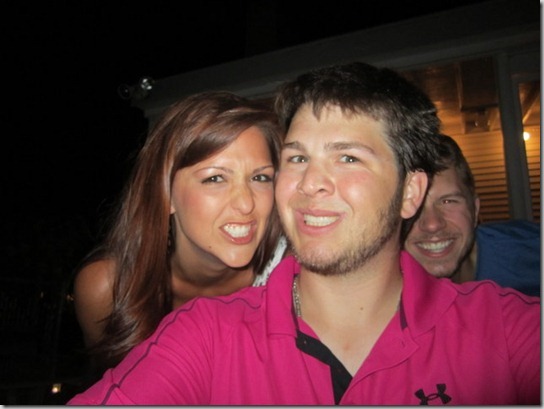 By far, the entertainment for the night came from our friend, Adam. Can’t you tell? 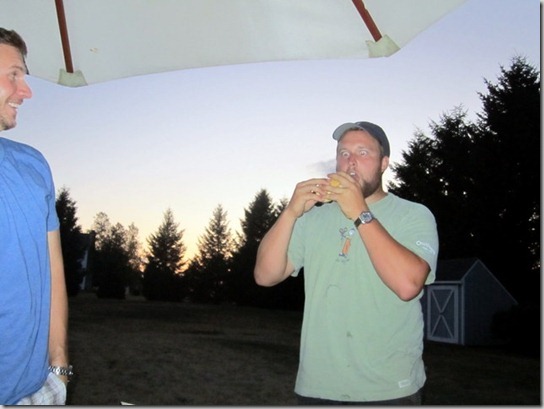 Adam and my brother were best friends growing up, so I’ve known him since he was about two years old – 22 years or so now. Adam has a history of having quite a good time at our parties, and last night was no exception. 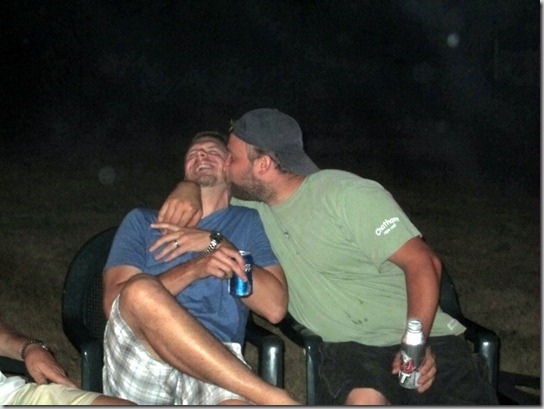 He had me (and everyone else) cracking up the entire night… 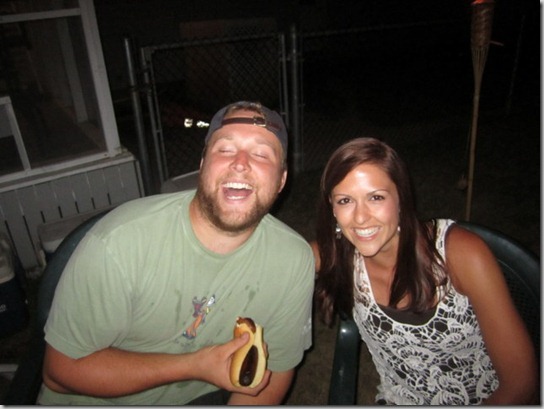 …which most likely had something to do with this. 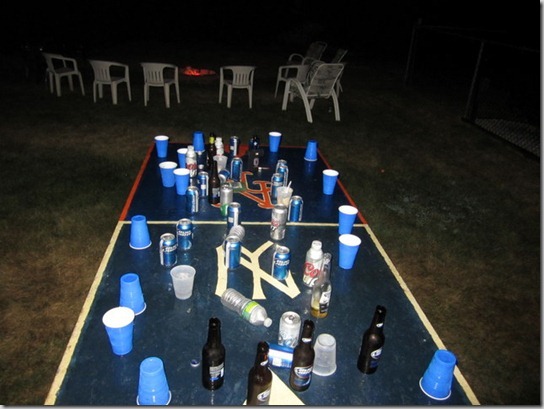 As much as I love me a game of flip cup now and then, last night was actually a pretty low-key night for me. I felt old(!) but I had a great time watching everyone else be silly.

The night ended with a relaxing bonfire (seen above) before finally calling it a night around 1am. Always a great party at my parents’ house! 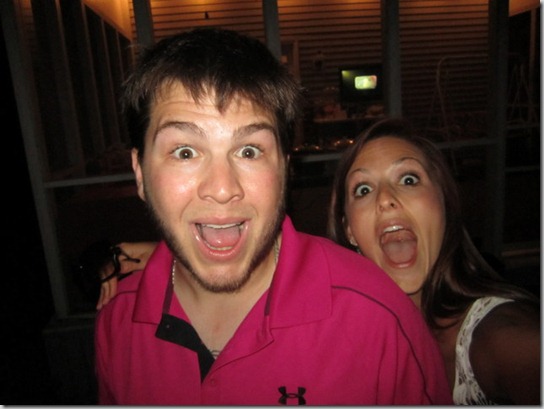 This is, without a doubt, my favorite picture of the night. Can you tell we’re related or what?

This morning, I spent a little bit of time working on some training plans before taking a break for breakfast (I definitely was not hungry right away thanks to a late night cookie dough dip binge). 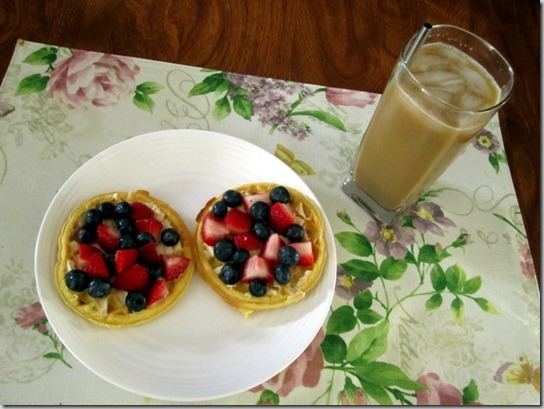 Along with my iced coffee, I toasted up two waffles and topped them with a wedge of The Laughing Cow cinnamon cream cheese, strawberries, and blueberries. 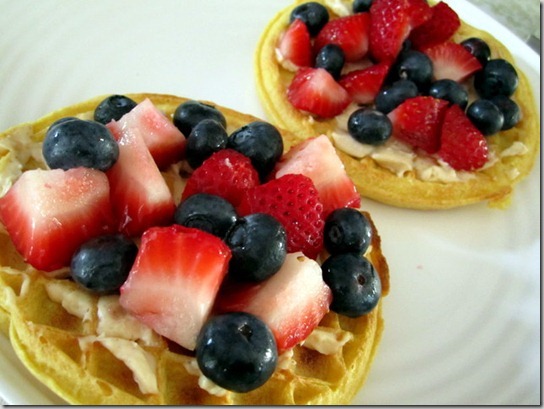 It was a new creation, but I really enjoyed it. Fresh and flavorful.

Time to go take care of some Sunday things! Have a great day, everyone!