Over the weekend, I mentioned that I had received the March issue of Cooking Light magazine, which is where I got the inspiration to make Sunday night’s pizza that rocked my socks. Fortunately, that wasn’t the only recipe that had caught my eye!

Chicken Souvlaki Pitas with Tahini Sauce (Note: The original recipe link I used isn’t working anymore, so we recently used this recipe, which was fairly similar). 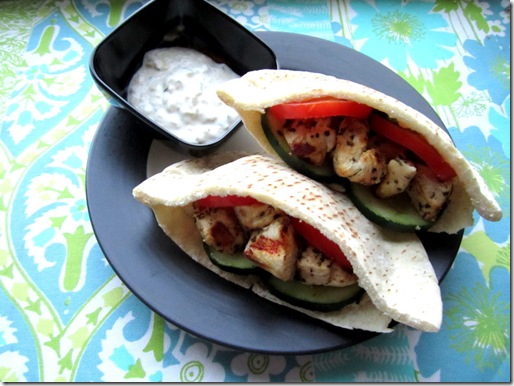 Chicken Souvlaki actually always makes me think of the various fairs and festivals that happen in my hometown in the late spring and summer months. There’s always at least a vendor or two who will inevitably catch my attention with the amazing aromas of their chicken souvlaki gyro’s circulating through the air.

One festival in particular I can think of is our local Tulip Fest. 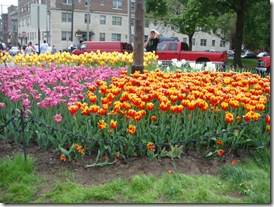 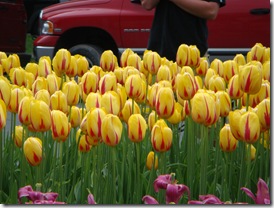 While I didn’t get the chance to go last year, I can still remember, even though it was two years ago, getting a chicken gyro that was absolutely incredible!

Tulip Fest is always a good time (that large crowd you see behind us is because there was a live performance from Third Eye Blind that year), 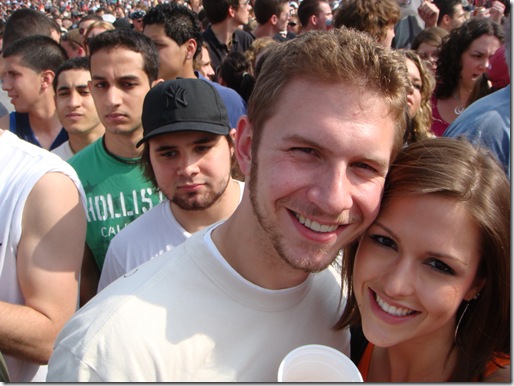 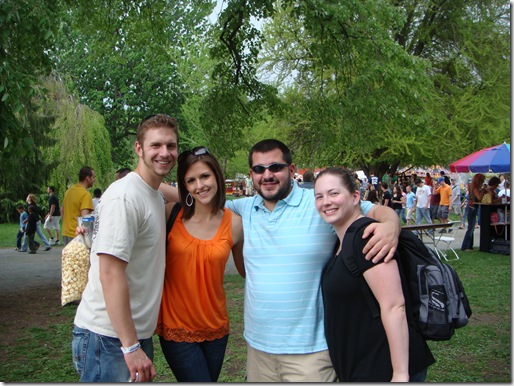 not to mention full of beautiful scenery!

(Wow, I had short hair back then!) 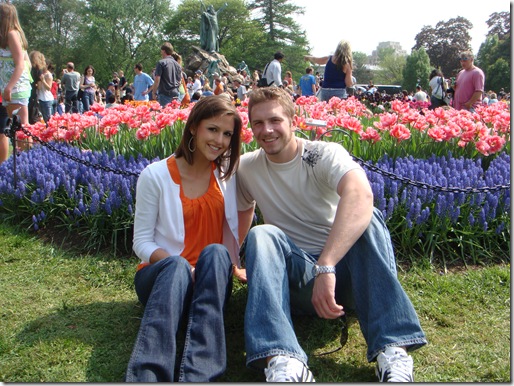 So now that I’ve gotten all nostalgic on you all, let’s get back to those pitas…

Alright, so this recipe wasn’t my easiest. My first obstacle that I initially encountered with this recipe was the mere fact that I could not find tahini paste. Anywhere. Luckily, the good ‘ol internet came to the rescue and helped me find a suitable substitute…roasted sunflower seeds!

I started by adding 3/4 cup of roasted sunflower seeds + about 1/6 cup olive oil to my mini food processor. 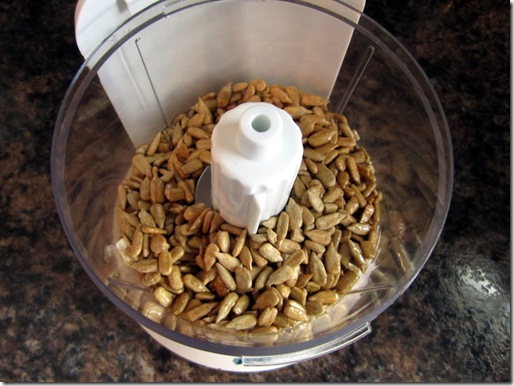 Then, I let the seeds do their magic. 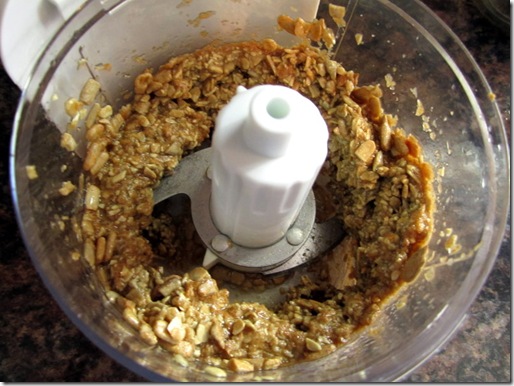 Eventually, I ended up with a nice thick paste that would be suitable for my tahini! Honestly, I’ve never tasted, nor bought, tahini, so I really have no clue if the taste is at all similar. But hey, it worked for me. 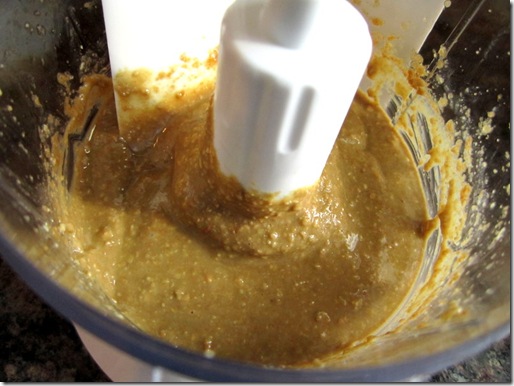 Unfortunately, my next obstacle came later on in my preparations…

I was a little hesitant after seeing that the recipe for the tahini sauce called for 5 cloves of garlic. Don’t get me wrong, I love my garlic…but that seemed a little excessive?!?

Nonetheless, I proceeded to follow the recipe to a “T,” which included the massive amount of garlic, plain, non-fat Greek yogurt, shredded cucumber, my makeshift “tahini,” and some lemon juice. 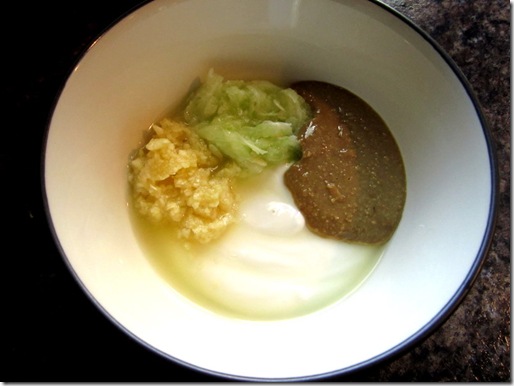 However, all it took was one small dip of the finger to taste…HOLY GARLIC! No joke, this was seriously all garlic. You could taste no other flavors at all.

So I started over. And this time, using only 1 clove of garlic. The sauce was definitely still garlicky, but actually tasted enjoyable this time around. 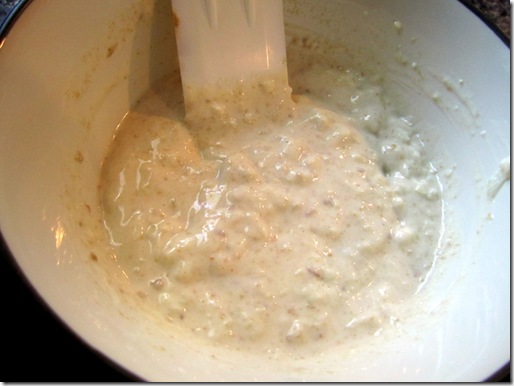 Once the sauce was prepped, it was time to get the marinade for the chicken ready. THIS part of the recipe, was definitely a keeper! 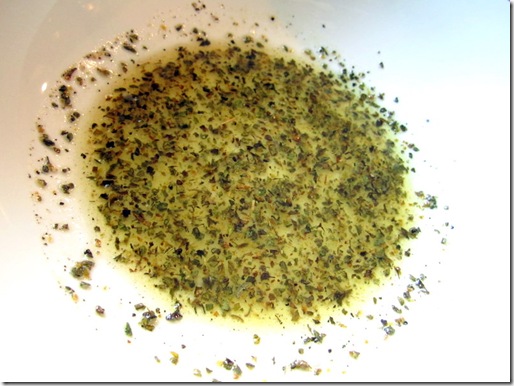 The marinade consisted of:

After mixing that all up, I added in my 1lb. of boneless, skinless chicken, cut into 1/2-inch pieces, and let it marinate for about 30 minutes. 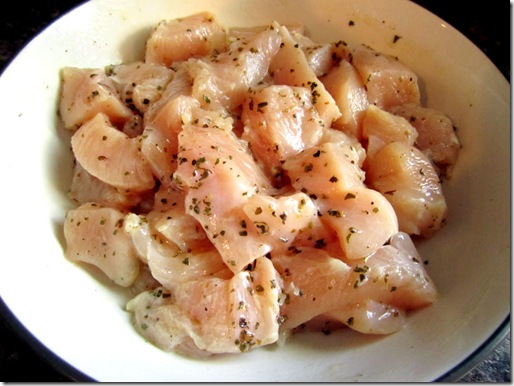 Once the marinating time was up, it was time to get these little guys skewered up and ready for cookin’! 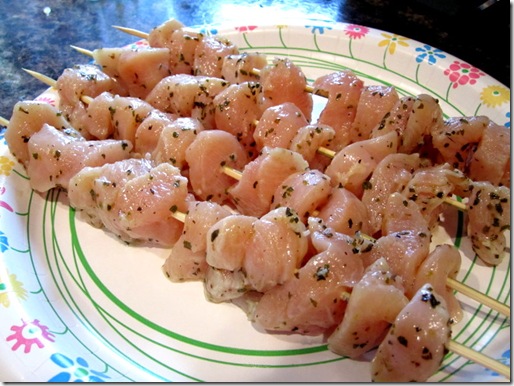 The chicken probably only took 10-15 minutes to cook, which I rotated every couple of minutes to make sure all the sides were cooked evenly. 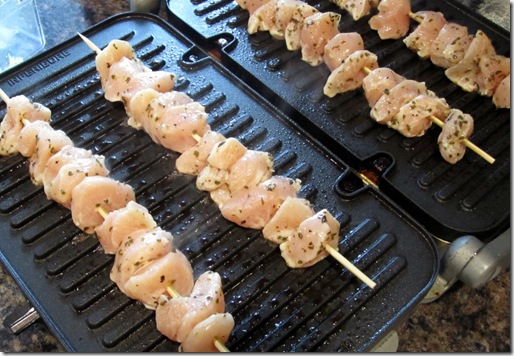 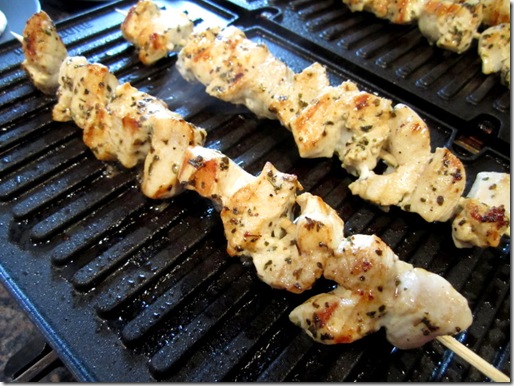 Once the chicken was cooked, it was time to assemble the pitas and get down to business!

Our pitas were stuffed with romaine lettuce (the recipe called for iceberg, but we didn’t have any), tomatoes, cucumber slices, and the chicken. 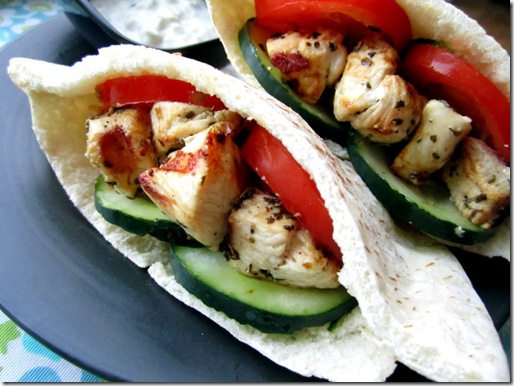 I served our tahini sauce on the side, just to make sure it didn’t overpower the pitas. I will say that, as strong as the sauce was on its own, it definitely blended together quite well with the other pita ingredients. It was an incredibly flavorful combo! 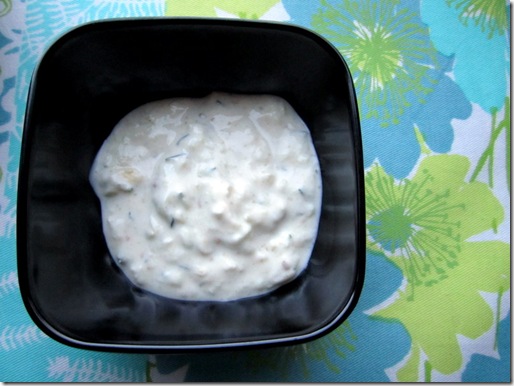 I will warn you though…as good as these pitas are, make sure you’ve got some napkins on hand. They are MESSY! 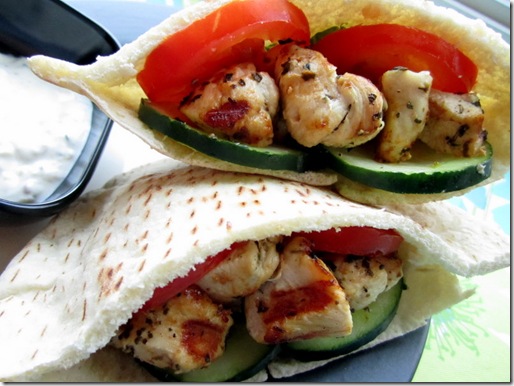 Albeit messy, I’d say they’re definitely worth giving a go. At least the chicken marinade is, if you ask me!

What are some of your favorite “vendor” foods when you attend fairs/ festivals/ carnivals?