Do you ever wonder if you’re “normal?”

Actually, let me try that again. I suppose I shouldn’t necessarily say you, yourself…but rather, your fears? Like, do you have any fears that you know may or may not be rational, but your response to them might be completely… not normal?

I have finally succumbed to the fact that I am most definitely some sort of a germophobe. Not necessarily in the sense that I’m overly obsessed with cleanliness (if you saw my bathroom, you’d understand…), but my fear of germs, I swear, is getting worse and worse every year.

I totally blame kids. 110% on that. Because it’s a totally different ball game when you have to take care of a little person’s germs as opposed to your own. And seeing your babies sick is just never, ever fun.

But I’m to the point now where I’ll see someone post on Facebook that they have (insert whatever…stomach bug, hand foot mouth, you name it…) and I immediately tense up because I fear we’re going to get it next. Even if said person lives four states away! My kids tell me that their bellies hurt (which they love to do now when they’re hungry…) and I automatically assume we’re in for a stomach bug ordeal and my stomach is in knots for days waiting in anticipation. Last weekend, Lucas complained of having a headache, and I convinced myself that it was a sign of something “seriously wrong.”

I swear, I watch too many medical TV shows or something, because I’m always worried that there’s something else more serious going on that we just don’t know about.

The winter months always get tough, too, because we wind up stuck in the house so much more often…but then anytime I think of bringing them out to somewhere fun like a trampoline park or indoor play place, I can’t handle the thoughts of all the germs inevitably lying around. And then I’m totally “that mom” following them around with the pocket size bottle of hand sanitizer and wipes.

I mean, don’t get me wrong…I know that it’s normal to feel concerned about germs and sickness. But I guess I’m curious how often you guys let those fears get in the way of things. Do you just deal with it and hope for the best? Or do you err on the side of caution? Because sometimes I feel like I may be teetering on the line of obsessive whackadoodle. : ) 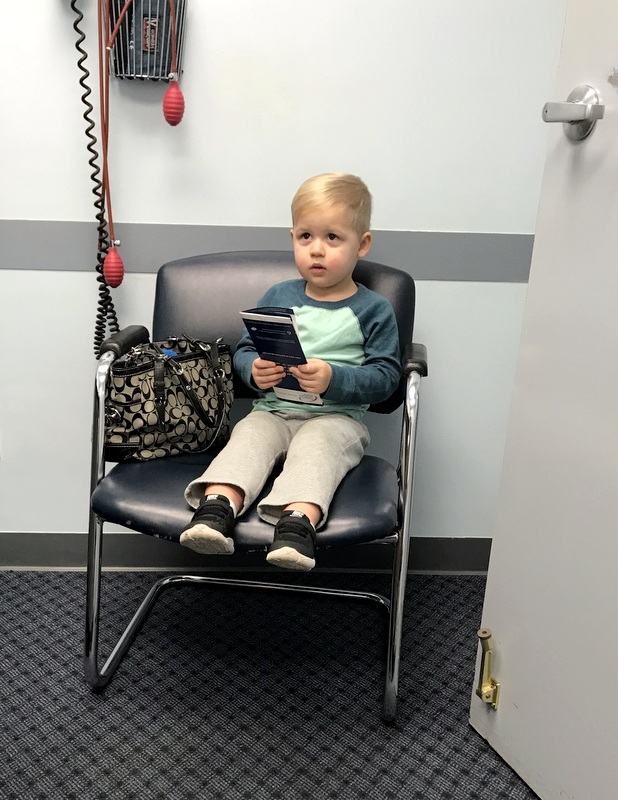 Along with the fact that both of my boys spent Saturday and Sunday telling me on and off that their bellies hurt (queue my stomach in knots), he started complaining on Sunday that his big toe hurt.

I heard “my toe hurt” and immediately went into panic mode.

I swear to you, I would have never, ever considered myself an alarmist until last year when Alex wound up in the PICU for the strep infection in his toe. Before that, I was way more of a “shake it off, you’re fine” sort of mom. Now? I immediately assume the worst, and it totally sucks. I like to joke that that incident “ruined me,” which I can now say lightheartedly and with a smile, but I really do have a hard time taking anything for face value now, and it’s definitely something I struggle with on a daily basis.

So of course I start panicking that, somehow, he’s got another strep infection in his toe (I’ve always been worried it never really went away). By Monday it was looking a little more red and swollen, so rather than driving myself crazy, I figured it’d be better to just have the peace of mind, and I called the doctor to make an appointment that afternoon.

So with our prescription in hand, we left the doctor’s office and headed off to the pharmacy to pick up the prescribed ointment for his toe. As soon as we pulled into the parking lot (which had about 6 cars ahead of me for the drive-thru), I heard a familiar, not so fun sound coming from the back seat, which just so happens to rhyme with “cuke…”

I hightailed it out of the parking lot and turned around to go home, wondering the whole ride back whether or not it was just motions sickness or if the kid legit had a bug (thankfully, Jay was able to grab the prescription later before they closed). We got home, I stripped him down, gave him a bath, he splashed and laughed the entire time, and then ate an entire plate of pancakes and eggs for dinner…

So yeah, I’m going with motion sickness or too many snacks as the culprit (which was a total relief), but my goodness, having to clean that stuff out of a car seat is the absolute WORST, isn’t it?! 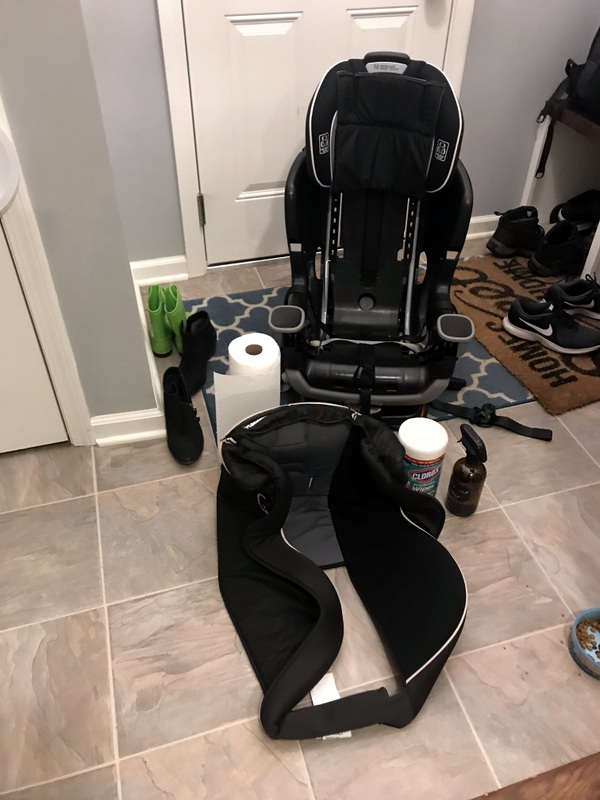 Once the boys had their dinner, I had just enough energy to cook up a couple of eggs for myself and then snack on a bunch of pita chips for my “dinner” of champs. 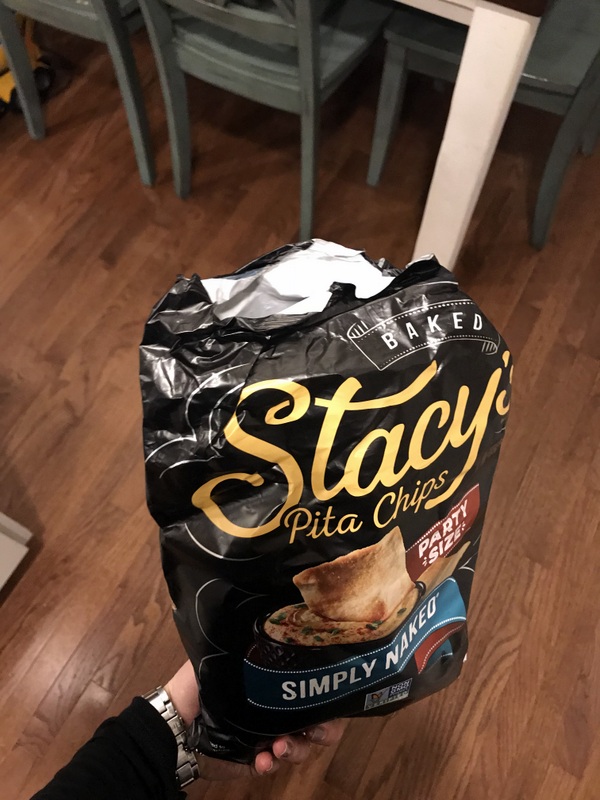 And then, since Jay had to work late yesterday, the three of us hung out and played for a while before it was eventually time for bed. 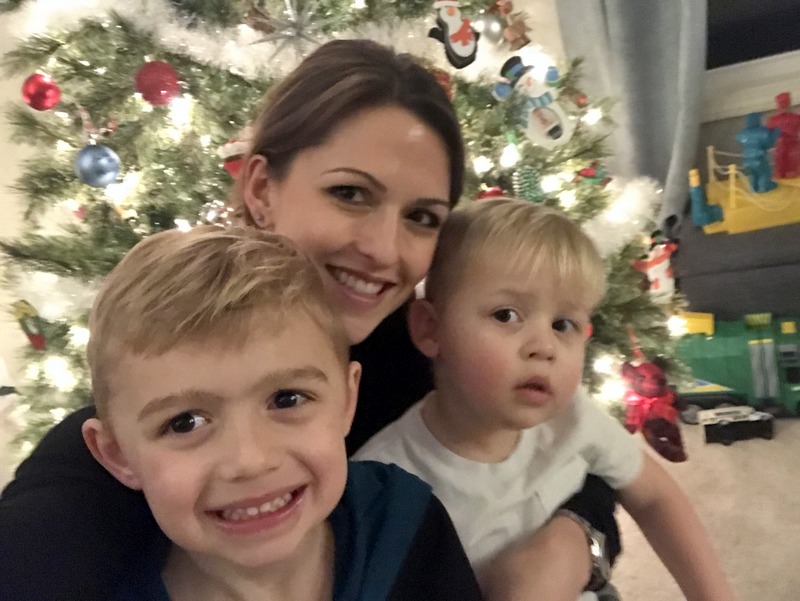 I know we’ve still got a long winter ahead of us, but my boys are both currently healthy (knock on wood) so I’ll take it while I can.

Motherhood, man. It’s quite the ride, isn’t it?!