It’s been a busy, busy day over here today! Alright, let’s see…where did we leave off?

Oh, right. Yoga. Okay…let me tell you guys something about yoga. It is awesome.

I decided to switch it up from my usual DVD’s as of late and popped in my Yoga Bootcamp DVD. I did the 40-minute Core Strength session and that this is SERIOUS. Serious as in, it made yesterday’s run feel like a walk (haha) in the park. It was a tough one – and I loved it!

Shortly after yoga, I spent some time working on a couple of client training plans before having some lunch…which happened in a few different stages.

Around noon, I finished up the rest of last night’s sweet tuna salad and the end of a bag of Kashi crackers for dipping. 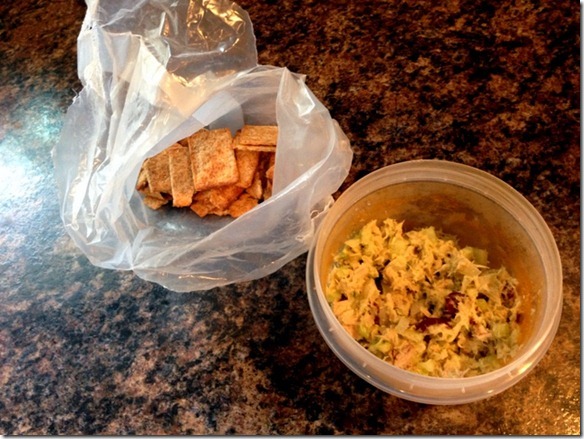 Right after I finished that, I grabbed a pear from the fruit basket and had that. It was seriously the best pear I’ve had in months…SO good! 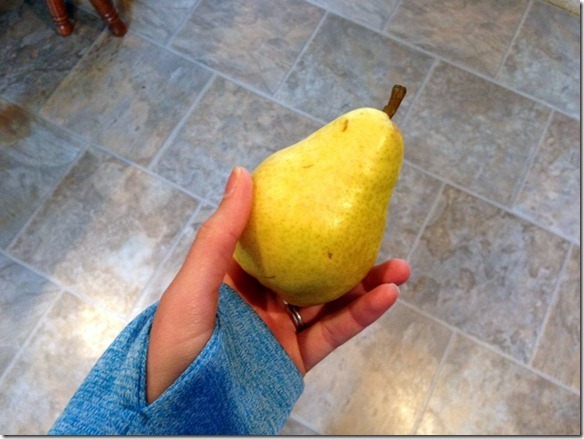 Once I finished that up (and finished visiting with the hubby who came home for lunch) I headed out to run a few errands. My first stop: Sam’s Club.

Jay and I probably don’t utilize our membership here nearly as much as we should, considering the last time we went to stock up was back in April. Today was a light load – Jay needed granola bars, we’re almost out of Truvia (our coffee sweetener of choice), and we needed a couple of other things – it honestly wasn’t all that exciting at all. 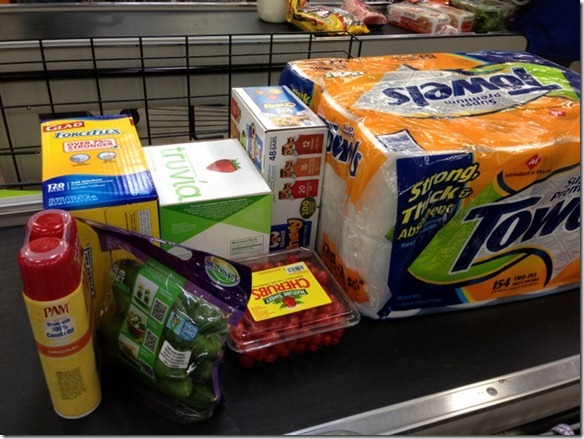 While browsing around the store, I did (of course) manage to take advantage of a couple of free samples. 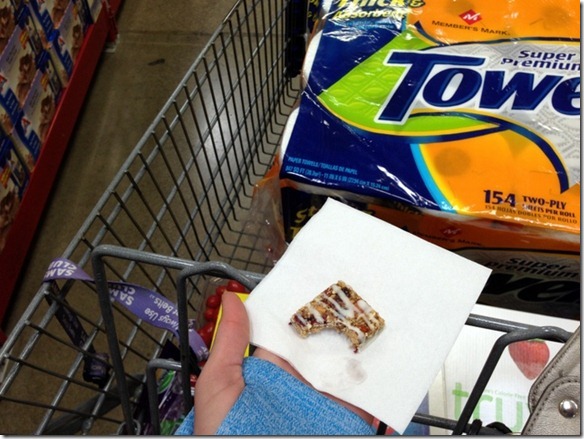 That yogurt-covered granola bar was really good, but when I went to check them out, they were too pricey (almost $1.20 per bar – meh) so I passed.

After Sam’s Club was a Target trip to stock up on all sorts of other boring essentials, but I did grab myself a little treat from Starbucks to sip on while I browsed. 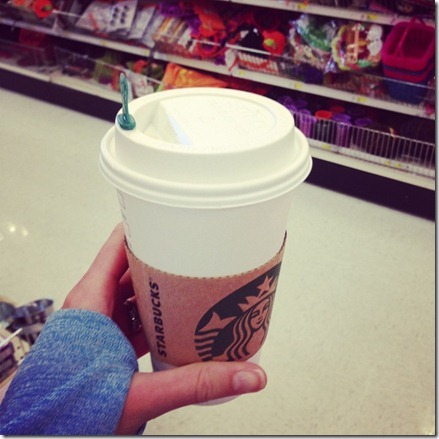 I was trying to remember what a few of you had told me before about cheaper alternatives to a pumpkin spice latte, and after putting a call out on Twitter, I realized it was a misto. So I ordered a grande soy misto with 1 pump of pumpkin syrup, and guess what?

It was probably only 50 cents cheaper after adding in the soy + syrup. HA!

Even though it was tasty, I’m thinking from now on I’ll just stick with my PSL.

My last stop for the afternoon was to pick up a couple of pumpkins for our front steps because, well, it’s fall and we needed pumpkins. 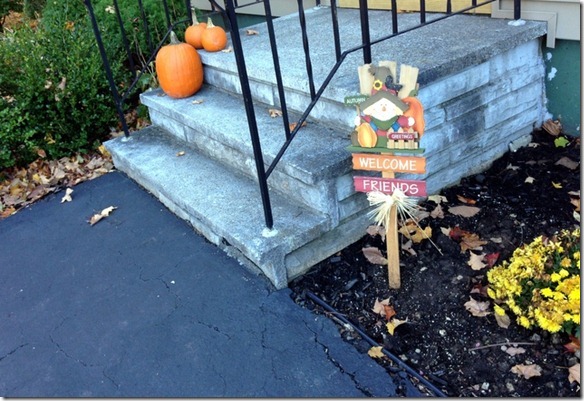 I actually have grand plans to do something fun with the bigger one on Saturday, so keep your fingers crossed that it actually works. 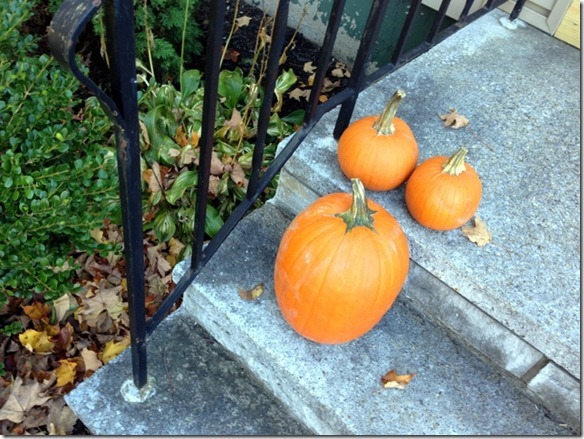 I also happened to notice a little orange critter waiting for me in the window when I got home…can you spot Waldo Cody? 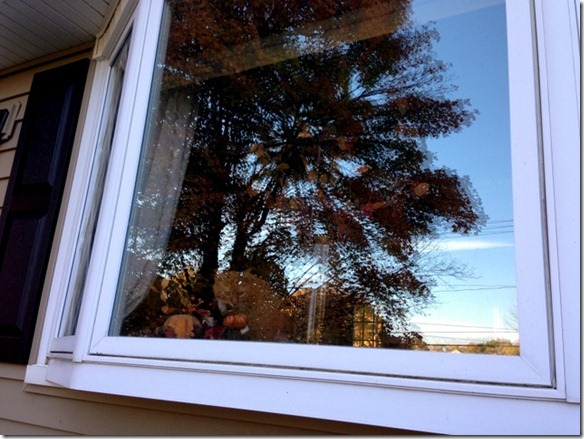 We actually think that Cody may have caught a little kitty cold. He’s been much more mellow than usual, with a few extra eye boogers and he sounds stuffy (haha, is that weird to say about a cat?). He does seem to be a bit more spunky today than he was yesterday so we’re hoping he’ll back to himself soon!

Shortly after walking through the door, I ended up munching on a crapload of kettlecorn because the stuff is awesome and I needed something to hold me off until dinner. 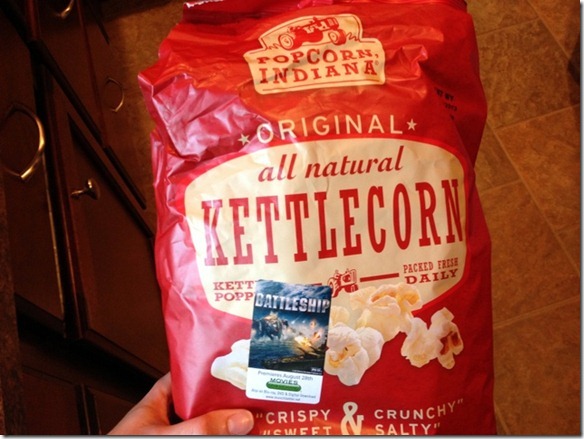 Not sure what’s on the agenda for dinner yet, so for now I’m playing a little catch-up with my emails while listening to 311 Radio on Pandora. <—I just love that station (“Love Song” was our first dance song at our wedding, after all!) especially when I need a change from all the overplayed hip hop and R&B that’s always on the radio.

Hope everyone’s having a great Wednesday!

What are your favorite types of music to listen to?