It’s the most wonderful time of the year! Street party season has officially begun! 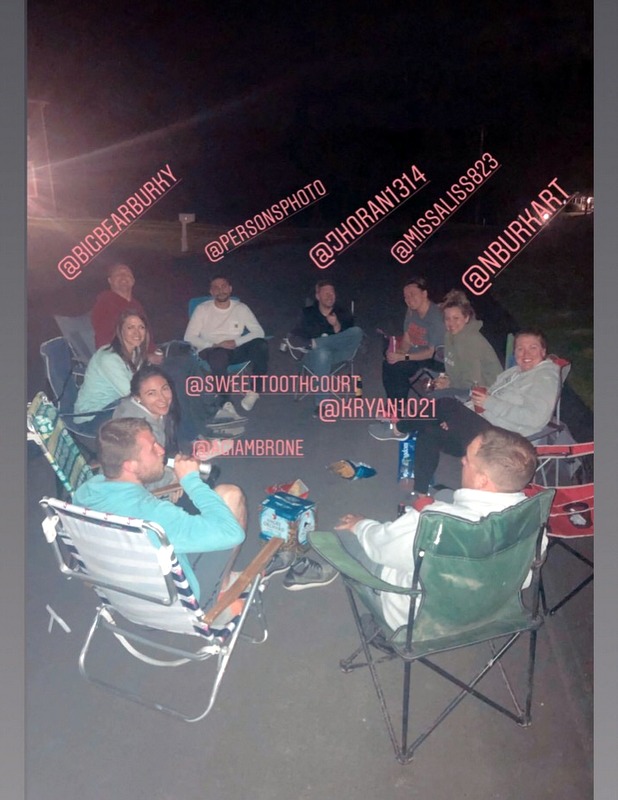 Thanks to some nice (and FINALLY dry!) weather this past weekend, a bunch of the neighborhood gang got together to kick off our first street party of the year. Once the kiddos were all settled and in bed, the adults headed to the street with their monitors and enjoyed a few adult beverages and some snacks, along with plenty of great laughs. 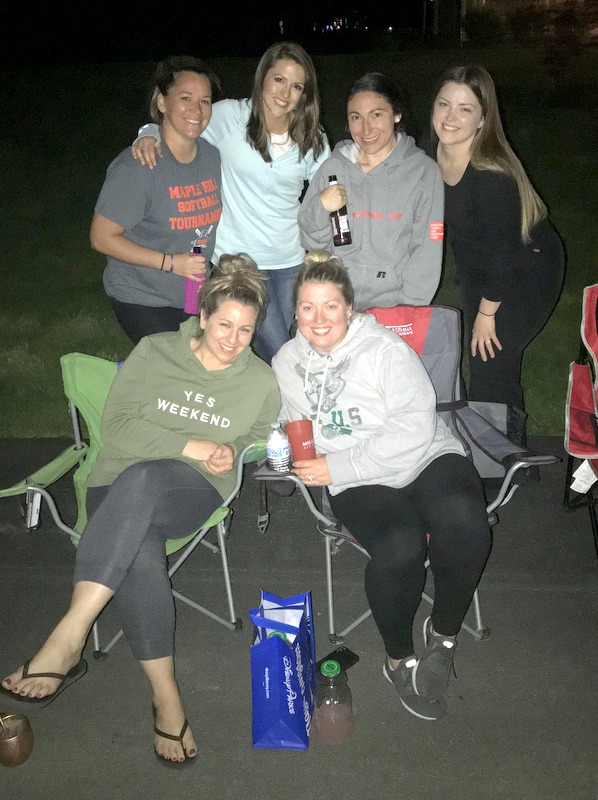 It felt so good to be back at it!!

In addition to street parties, there was also LOTS of time spent outside. Lucas had a baseball game on Saturday, and did great with a few big hits. 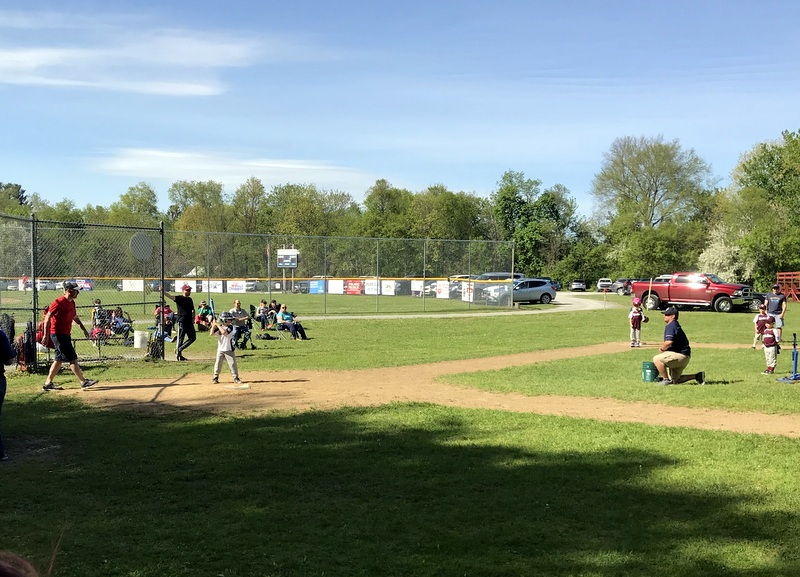 And then once we were back from the game, we headed across the street to John & Tal’s for a little BBQ before the street party. 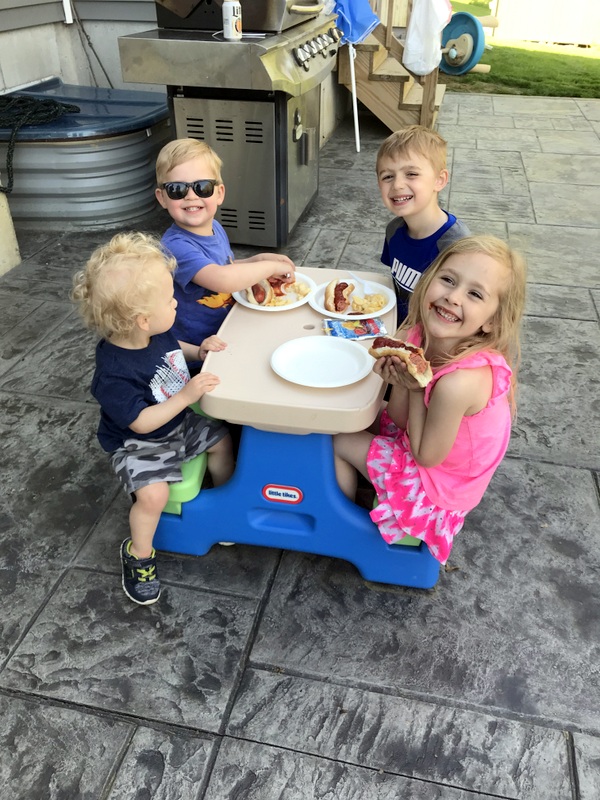 Never even thought to snap pictures of the food, but they grilled some burgers and dogs, I brought a big salad and a batch of homemade mac and cheese (I made THIS recipe, minus the apples and bacon!), and I enjoyed a few delicious Moscow Mules. So, so good.

Of course, before sending the kids off to bed, we had to finish off the evening with some s’mores. 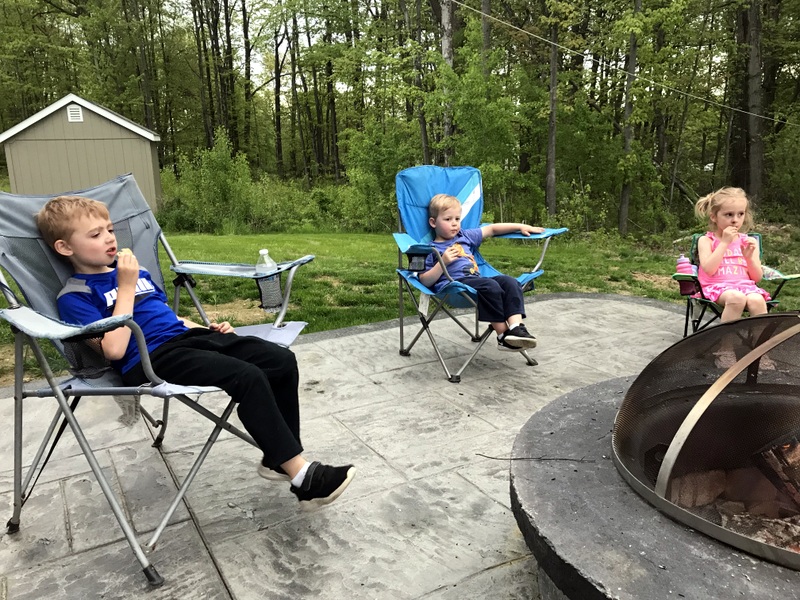 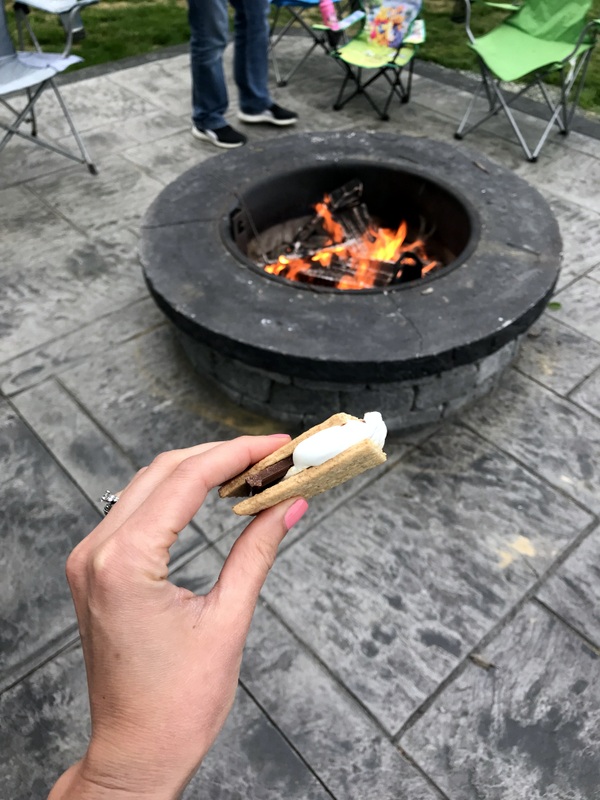 Sunday got off to a very wet and rainy start. Jay had to head out for most of the morning to help out his mom, so it was just me and the boys. They played for a little while outside under our gazebo (they were just itching to be out and I said screw it, go for it!), and they actually did a really awesome job of playing together and keeping themselves entertained.

They spent a good amount of time down in the basement, and at one point, I checked the camera down there and found that they were both sitting together in the book nook and Lucas was reading to Alex. 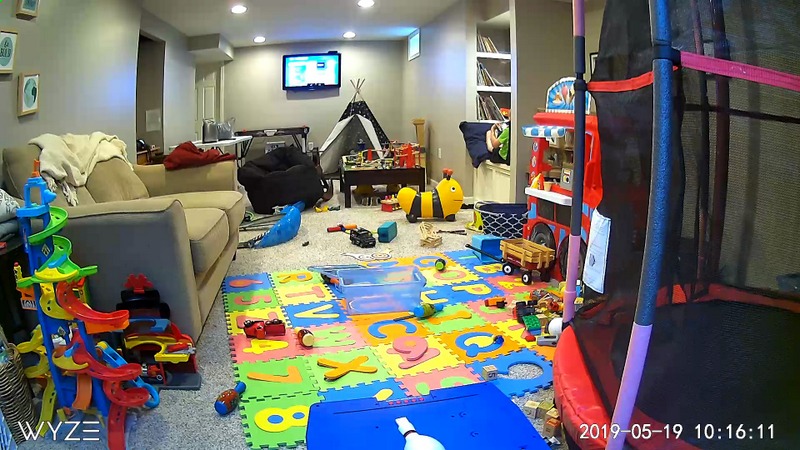 It was seriously the cutest thing ever (you can really only see Lucas’s legs in the picture, over on the right!).

By about 11am, the rain had let up, the sun made a grand entrance, and we were back outside.

A bunch of the neighbors were around throughout the day, so the kids AND the adults had lots of fun. 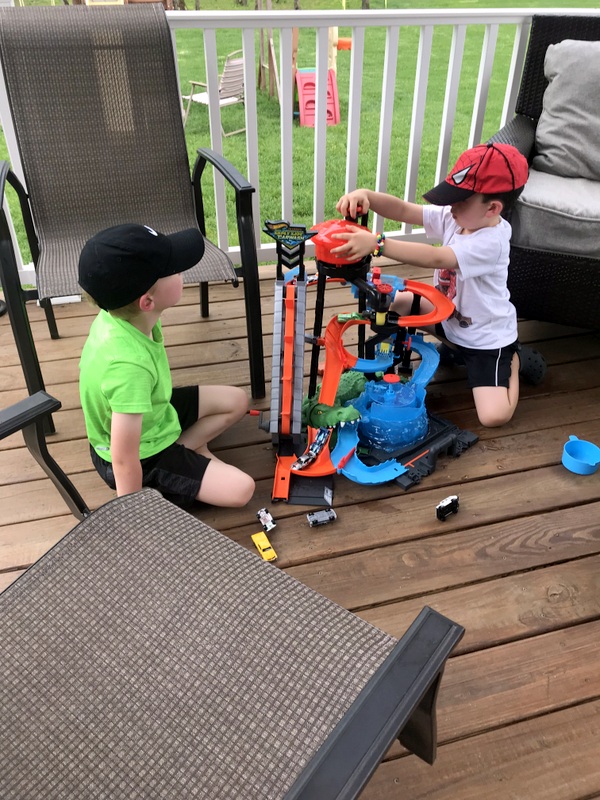 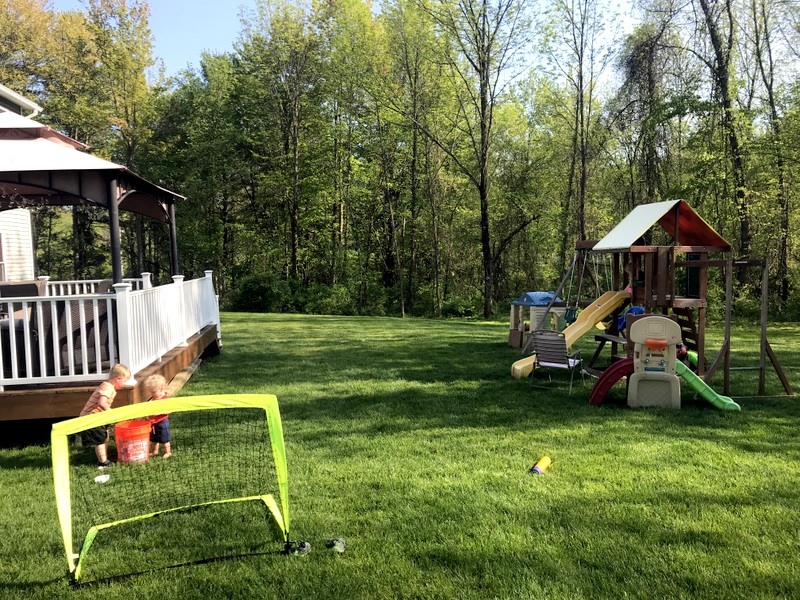 And then, for the second day in a row, we found ourselves back across the street for dinner, once we realized we were both planning on ordering pizza from the same place for dinner. 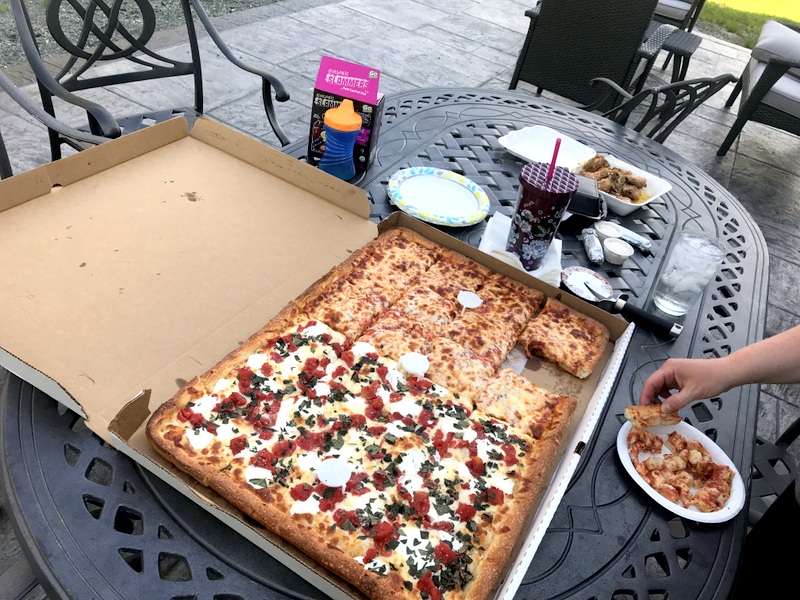 A couple beers and a couple slices of pizza later, and it was time to head back for some much needed baths and early bedtimes.

Other fun things happening over the weekend with no photos to show for it?

A little grocery shopping trip with my buddy Alex, who was SO excited to actually go IN to the store to get some stuff (I’ve been doing so much grocery pickup from Walmart lately, that we don’t get inside the stores all that often!).

A fun (and sweaty!) Lift + Ride class at anatomie on Saturday morning with Tal. It was simple, but whew, it was a doozy!

Catching up on a couple more episodes of Sneaky Pete on Amazon Prime. Have any of you watched it? We just finished season 1 and we love it!!

And that’s about it! I’ll be back later this week, but if you guys have any suggestions on what you’d like to hear about from me, drop a comment below! <3