I’m sure many of you are visiting the blog today expecting to see a recap of our Christmas. Up until a few days ago, I would have assumed the same. However, there is a lot that has happened over the past few days.

Back on December 23rd, Jay had gone, as he usually does, to visit his dad at the nursing home. I was working from home and told him I’d have dinner ready and see him in a little while. As the late afternoon and evening went on, I got a few texts from him saying he was going to be late. He said that his dad wasn’t doing very well, but that they assumed it was due in part to dehydration and a mix of medicines he was on.

Lucas and I continued our evening as normal, I put him to bed, and checked in again with Jay. He said he still didn’t know how late he was going to be, but not to wait for him for dinner. Around 10pm, I checked in again and he said he’d be home eventually.

I eventually wound up falling asleep but awoke around 1am to see he still wasn’t in bed. I texted him and he answered quickly, letting me know he was downstairs and would be up in a minute. He came up, and that’s when he informed me that it wasn’t just dehydration that his dad was experiencing. He had become unresponsive and they had been told by hospice care that his dad only had about 24-48 hours left to live. I was shocked, dumbfounded, and at a loss for words.

I’m sure many of you know by now that my father in law, Tom, hasn’t been well. But what I haven’t mentioned is that he was diagnosed with stage 4 cancer and given a prognosis of about 3-5 months, which was back at the end of September. Actually, we found out the same week we also found out we were expecting our second baby.

Despite the prognosis, my father in law had begun to do very well. He was gaining his strength back, doing PT a few days a week, and we had all started looking at getting him started on chemo, since he was finally making progress and getting strong. Then, literally within a matter of days, suddenly here we were.

We woke up on Christmas Eve morning not quite sure what to expect. Not long after breakfast, Jay was about to head out to over to the nursing home, with the plan of me meeting up shortly after. He got a phone call just before leaving, and his mom told him that hospice had come in and said that his dad was declining fast and was likely going to pass that day. That moment made my stomach drop harder than I can ever remember, and I sat there hugging Jay, not quite knowing what to do or what to say.

Jay left, I hurried and got myself ready, dropped Lucas off at my parents’ house, and rushed over to the nursing home. Many of Jay’s uncles and aunts had stopped by, and I was glad to see that he and his mom weren’t alone. We all spent hours at the nursing home that day, just waiting for the inevitable, although not quite knowing when that was to come. The staff at the nursing home was incredibly sweet to us all, and brought us carts of food for both lunch and dinner.

Around 6pm, shortly after finishing a grilled cheese and chicken noodle soup, I started feeling conflicted. I wanted to be there for my father in law, for my family, and especially for Jay. But it was Christmas Eve, and even though he really didn’t know it, I felt like I needed to get Lucas. I needed to put him to bed in his own bed, and I wanted to try to maintain some sort of normalcy for him. So shortly after that, I left to go get Lucas from my parents’ house and brought him home.

It was close to his bedtime by the time we got there, but we still did our “tradition” that we started last year of his one special Christmas Eve gift from Franklin our elf (Christmas PJ’s and a new book). 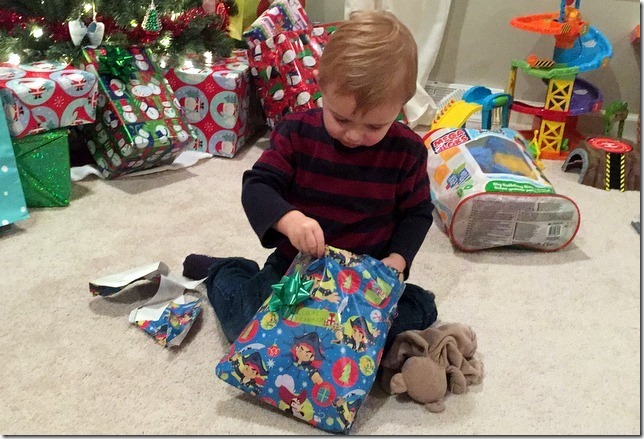 I took a video, sent it to Jay, and then it was time to put Lucas to bed. Not knowing what was going to happen on Christmas morning, I figured I’d continue on as I would have normally. I put together the food for our Christmas breakfast, and I brought up all of Lucas’s presents from Santa. 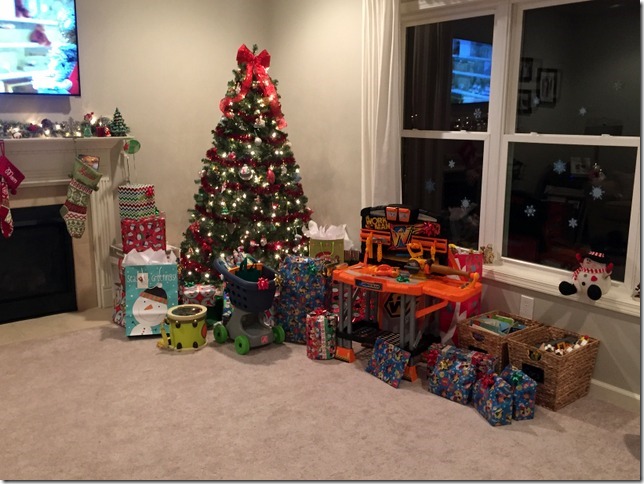 After that, I sat on the couch for a little while, not quite able to concentrate on much of anything. I texted Jay to see how things were going, and when I didn’t hear anything for about 15 minutes, I started to worry. Just a few long minutes later, Jay called to tell me that his father had passed.

I immediately called my mom and asked her if she could come stay at the house because, despite the fact that Jay told me not to worry about going over, I knew I needed to be there. My mom made it over at lightning speed, and soon enough, I was able to meet up with Jay and the rest of the family who remained. We stayed for another hour or so, I really can’t remember. We said our final goodbyes, we cried some more, we said prayers, and then at some point, we went home.

I asked Jay what he wanted to do about Christmas morning. Should we cancel? Postpone? Carry on? Despite the fact that we were all hurting so badly, a part of us knew we had to try to push through for Lucas.

So we had our Christmas morning. It wasn’t an easy one, especially when one of the first people that Lucas asked for that morning was Papa T… but Lucas and this smile helped us through it all. 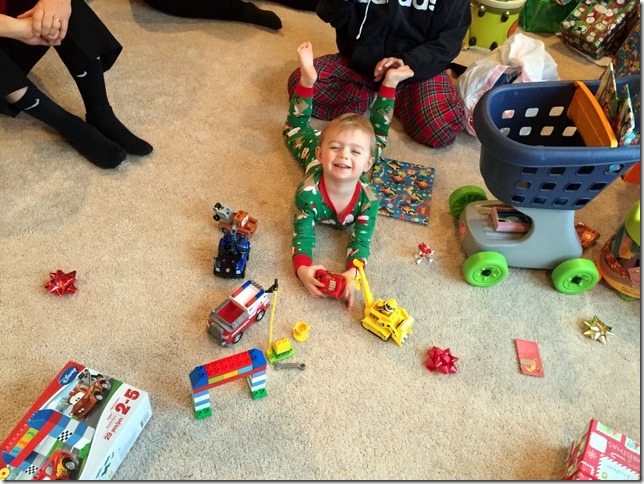 My mother in law stayed with us that night, and my parents and brother joined early enough so they were there when Lucas came downstairs. We all had breakfast shortly after opening presents, and then continued to watch Lucas play and have a blast with all of his new toys. 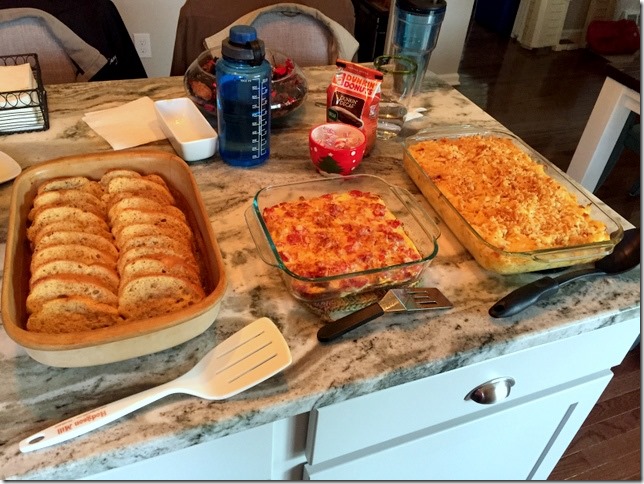 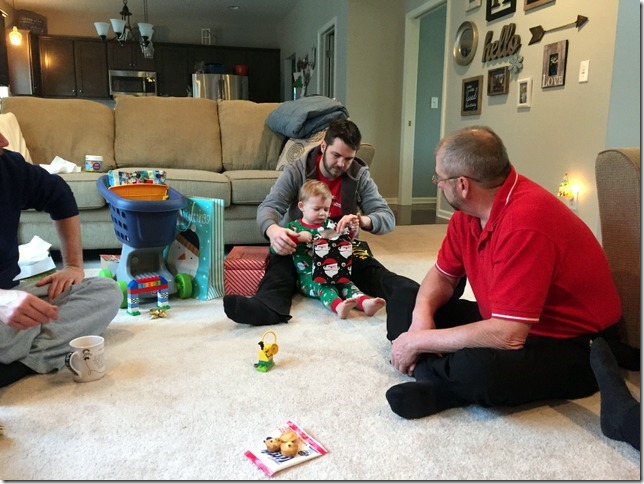 The big hit of the morning for him had to be his new trampoline…finally something for him to exert all of his energy on this winter. 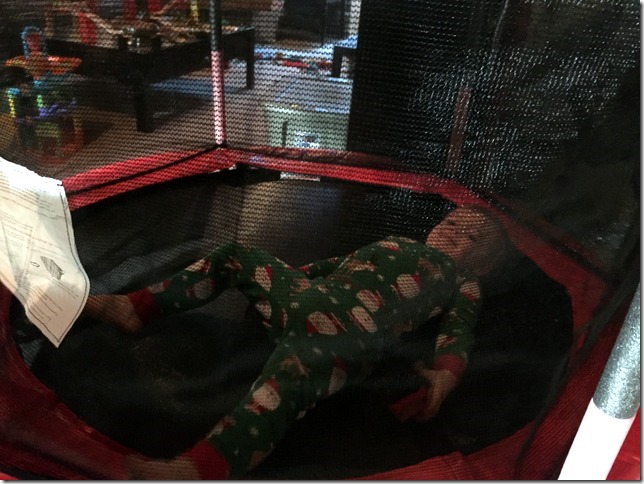 After a quiet afternoon, we went to my parents’ house for a few hours to open presents and have dinner. 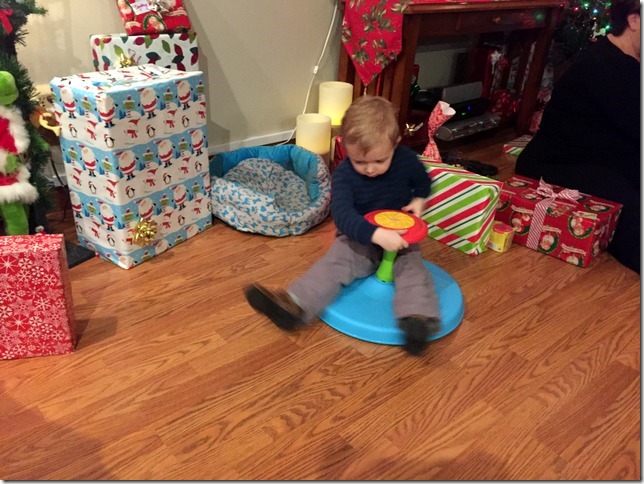 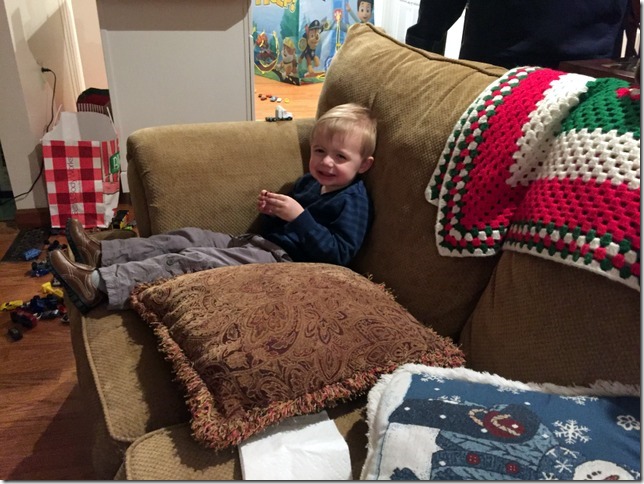 Then shortly after dinner, Jay left to go and be with his mom, and Lucas and I went home. I put him to bed, and sat quietly for a while.

Had it not been for Lucas, I doubt we would have even had Christmas the way that we did. But looking back on the day, I am honestly amazed at just how strong of a man my husband is. And my mother in law too, for that matter. Despite everything that had just happened and all that they’d been through less than 12 hours before, he managed to put it all aside to make it a special morning for his family. I mean, seriously, I am just blown away and inspired by him. 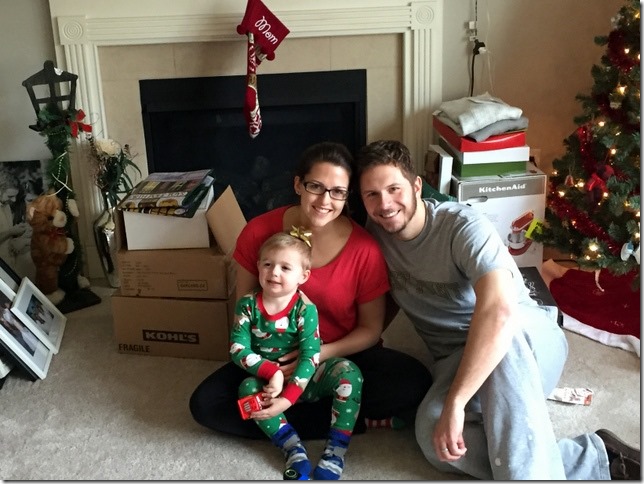 This Christmas didn’t have much in the way of pictures; in fact, I was surprised that I had the few that are here in this post. And honestly, it really didn’t even feel like Christmas.

To put it bluntly, this Christmas was awful. I’m sad, I’m hurt, I’m angry…all of us are a lot of things right now. We lost an incredibly great man on Christmas Eve, and I have a hard time putting into words just how it feels. But what I do know, is that it’s unfair. It’s so unfair. 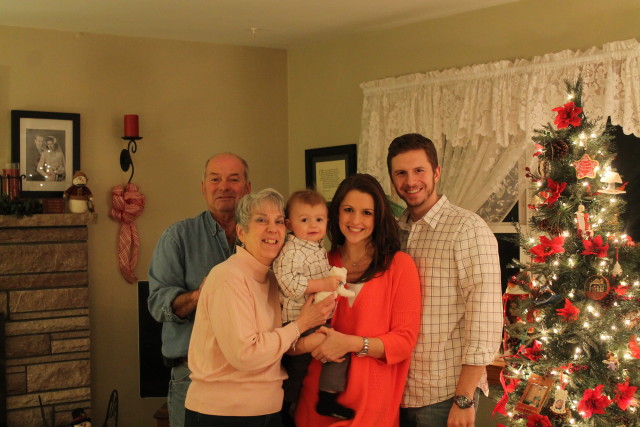 Although I will say, Jay’s aunt said something on Christmas Eve while we were all with Tom, and it has really stuck with me. She described everything that was happening as a wonderful gift. To not only have him not suffering any longer, but also to have him pass on Christmas; a day with so much special meaning. Sometimes, thinking about that really helps, and other times it doesn’t. Whether or not it helps though, it did help put things into a slightly different perspective, at a time when I was stricken with grief. 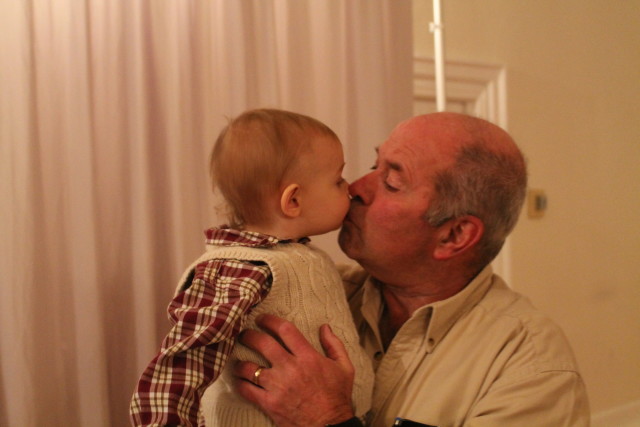 Later this week, we’ll have the services for my father in law, and I’m not quite sure how often I’ll be back here. A part of me wants to try to continue on as “normal” as possible…whatever that new normal is…because I know he’d want that for all of us. But, regardless, how do you follow up a post like this? I guess only time will tell.

I want to thank you all for your prayers, positive thoughts, and well wishes for my father in law and our family over these past few months. We have been incredibly grateful for all of them, and they have not gone unnoticed.

I hope you all had a fabulous Christmas/holiday, and since I’m not sure when I’ll be back, I’ll wish you all a wonderful, happy, safe new year as well. <3 xoxo

« Help Me Out a Bit
Reflecting »