Wow. Such a fun and BUSY weekend! By the time I got back home last night, it was almost 9pm and I realized that I’d already missed the whole first hour of The Bachelorette. Crap (although I hear I didn’t miss too much). I had a feeling she was going to pick who she did (no spoilers, in case anyone DVR’d!) but I will say that I was secretly hoping that she was going to say no to both Jef AND Arie, and then bring Sean back. Ehh…no such luck.

Anyway…you guys didn’t miss much around here this weekend, since most of my time was spent away from this ‘ol computer:

So now let’s get ya caught up on yesterday! Later in the afternoon, I had plans to meet up with some of the girls for lunch (before Rachel left for her honeymoon, lucky duck!) and we met up at The Whistling Kettle. The one and only other time I’d been there was back in March of 2011, so I was excited to be back again. 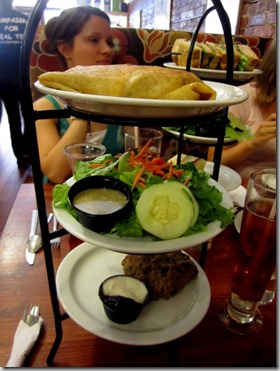 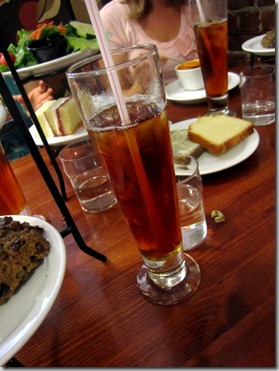 Of course, I had to get the “full effect,” so I ordered the “Make Your Own Afternoon Tea” again, which includes a choice of sandwich/quiche/crepe, soup/salad, dessert, and unlimited iced tea.

For my first course, I stuck with a regular house salad with a Greek vinaigrette with feta in it, which was fantastic. 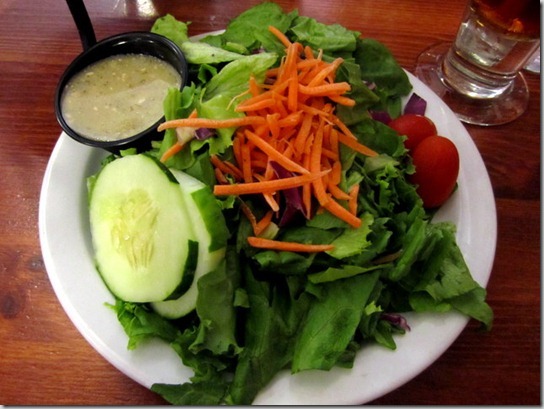 For my main course, I decided to go way out in left field and ordered the Ratatouille Crepe. 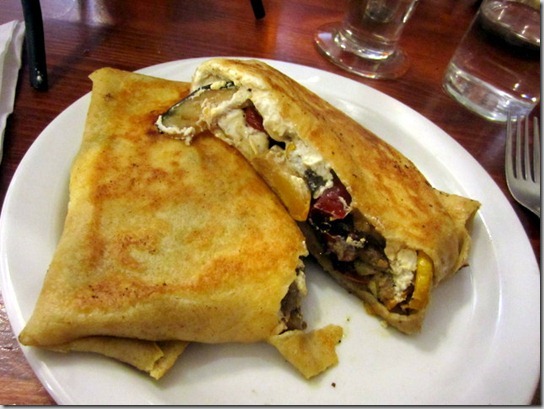 The last time I had a crepe was actually when we were down in Mexico (gosh, remember those things?!?), but I don’t think I’ve ever tried a savory crepe. This one was filled with roasted eggplant, squash, zucchini, tomatoes, roasted red peppers, and a bunch (almost too much) feta cheese. Besides the heavy handed feta, it was definitely a great choice.

For dessert, I had ordered their mixed berry scone, since I loved it so much the last time, but it turns out another waiter had given away the last one before out waitress could make our orders…go figure. 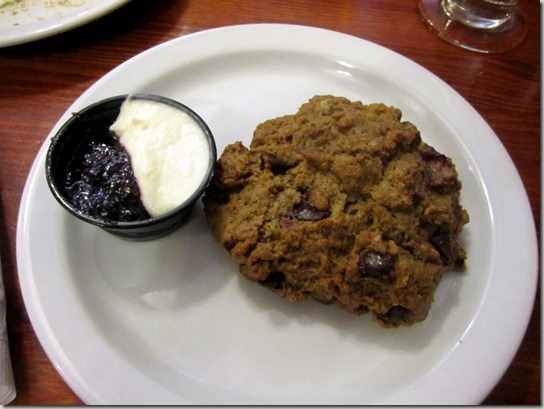 Instead, I got their chocolate chocolate berry(?) scone which, honestly, was just as good and I still devoured the whole thing.

The girls and I spent over three hours sitting at lunch, mostly reminiscing about last weekend’s festivities, and also just catching up in general. Put us girls together and we could talk foreverrrrrrr.

I ended up leaving lunch more stuffed than ever, which was not smart on my part…seeing as though Jay and I were headed to my in-laws house for dinner as soon as I got back home. Luckily, we all hung out and chatted for a bit before actually sitting down for dinner. 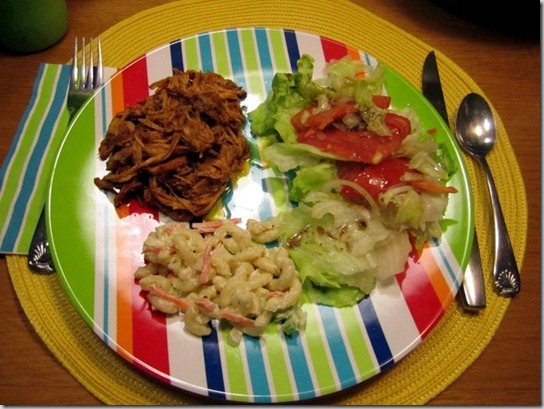 On the menu was crockpot BBQ pulled pork, salad, and my mom-in-law’s macaroni salad. Everything was delicious, and had I not still been stuffed, I definitely would have gone back for seconds.

I did, however, manage to have room for a teensy bit of dessert… 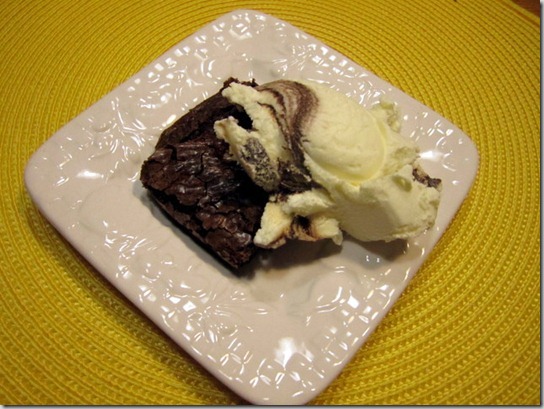 By the time I got home last night, I was feeling absolutely UGH. After three different meals eaten out over the weekend (and decent sized ones, at that) my entire body just felt sluggish and gross. I know you guys know what I’m talkin’ about.

I woke up this morning and made sure to squeeze in my workout (40 minutes of cardio + 20 minutes yoga) before enjoying the breakfast I had prepped and waiting for me in the fridge. 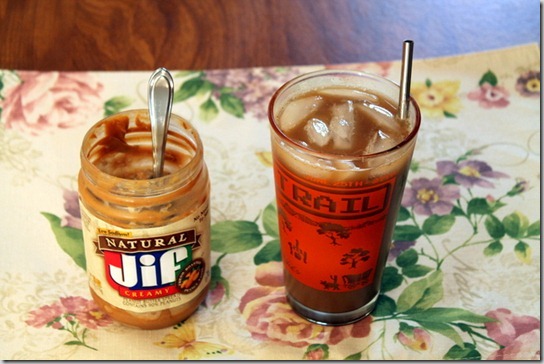 Now it’s about time to go take care of all those usual Monday things!

Random Question for the Morning:

If you could bring one character to life from your favorite book, who would it be?

Any Christian Grey fans out there??

« The Roolz
Sampled My Way Through »