Happy weekend to you all! How are things shaping up so far for ya?

Jay and I got our weekend started last night with a fun dinner out with friends. I took the night off from snapping pictures, so I don’t have any to share…BUT, we did end up going to Jose Malone’s and had some amazing food (you may actually remember that Jay and I went there back in August for our Surprise Date Night Game).

I wound up ordering a Pineapple and Goat Cheese Quesadilla for dinner (after snacking on a bunch of their delicious chips and homemade salsa) and that thing was SO good. I’d definitely say it gave the BLT Quesadilla a run for its money. YUM!

After dinner, we walked over to Brown’s and spent some time hanging out at a table outside on the patio before calling it a night. Nothing wild and crazy, but just fun to be out with friends.

This morning I’m on my own for a while, since Jay is out helping some friends with house renovations, so I decided to tackle a small project I’ve been putting off for a while now… 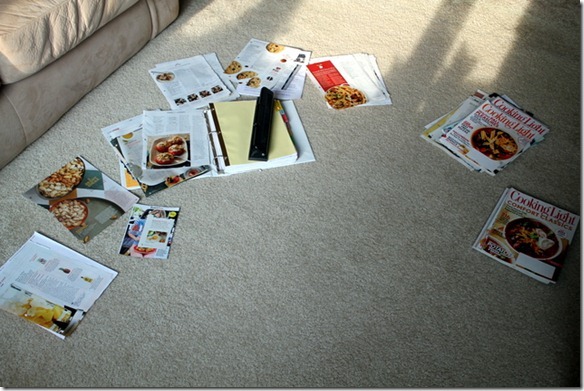 I receive both Cooking Light and Rachel Ray magazines in the mail. I also subscribe to FITNESS and SHAPE magazines, which often times have some good recipes in them. Nine times out of 10, I’ll read the magazine immediately after it comes, skim through and find recipes that I’d like to make, put it back in a pile, and usually never check through them again.

I’m so bad about that…anyone else?

So today, I’m making an attempt to quickly go through each of the magazines, rip out any recipes that I’m sure I’d make at some point or another, hole punching them, and tossing them in my recipe binder (<—super old post alert – lots of !!! and 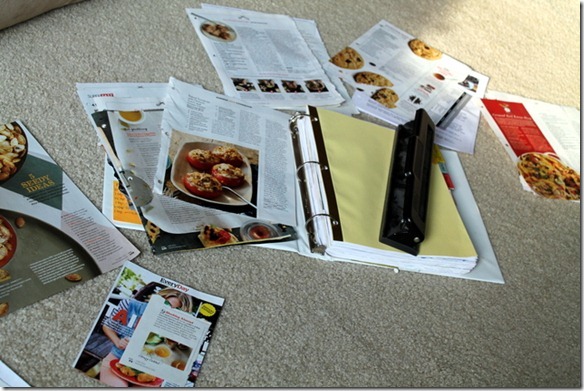 So hopefully now I’ll actually have some recipes that I’ll use, rather than just having them sit around in a pile taking up space on my counter. We’ll see.

In the midst of working on my binder, I took a break for some breakfast. 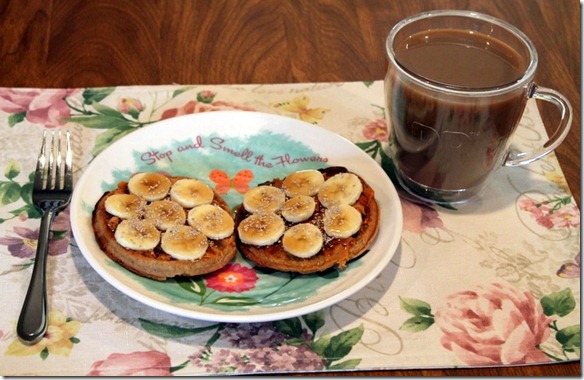 I used up the last two pumpkin spice waffles from the box, and sadly enough, I burnt them. Our stupid toaster is a terd and never knows how it wants to cook – sometimes it’ll take two tries to get things toasted. Other times it gets burned on the first round. 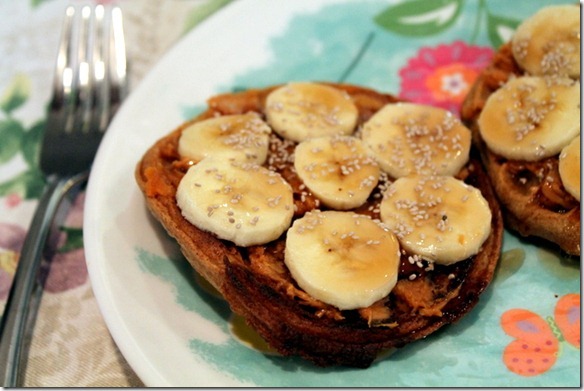 I guess today was just not my lucky day with the toaster.

Thankfully, they were still edible (I really despise burnt stuff…these were manageable) and topped them with some pumpkin, peanut butter, banana slices, chia seeds, and a drizzle of maple syrup. 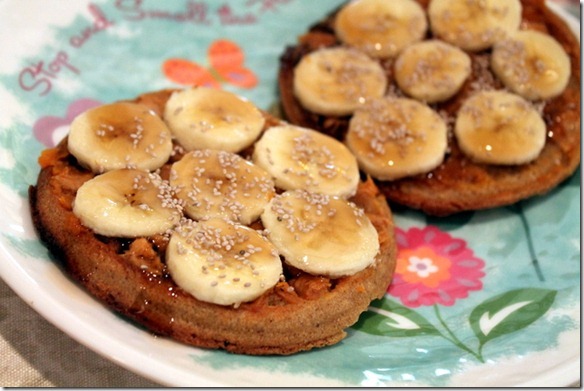 Then again, I’m sure you guys already have this combo memorized after this past week, so I probably didn’t even need to tell you that, now did I?

I’m about to go get back to workin’ on that binder, then once this breakfast is settled, it’s YOGA time. Gotta get my third session in for the week! How’s everyone else doing on their Yoga Challenge?