I think my savory breakfasts finally caught up with me. Two days in a row is a big deal.

So tonight, while I was trying to figure out what to have for dinner, all I could think about was my typical breakfast food. Specifically, peanut butter and banana.

And since I learned a long time ago that it’s not worth ignoring a true craving, I rolled succumbed to it. 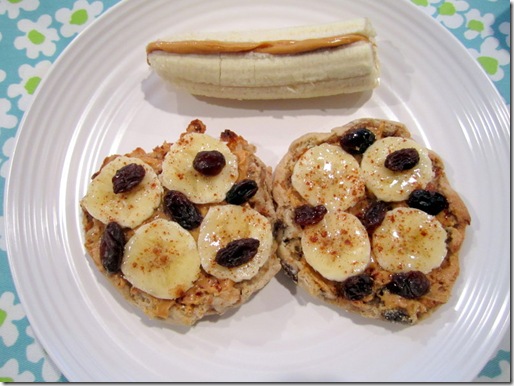 I toasted up a Thomas’ Cinnamon Raisin English Muffin and topped it with some peanut butter, banana slices, raisins, a sprinkle of cinnamon, and a drizzle of honey. 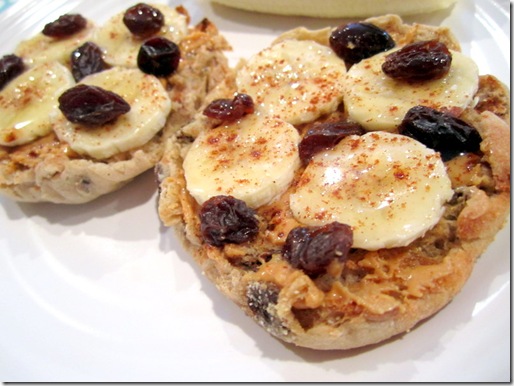 Lucky for me, it was everything I had hoped it would be.

And since I really can’t get enough of the combo, I added the rest of my ‘naner and filled it with a little more PB. 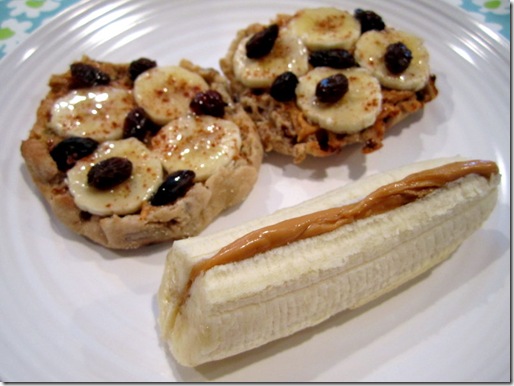 On the side, I also snacked on a Black Cherry Chobani which was delicious, as always. 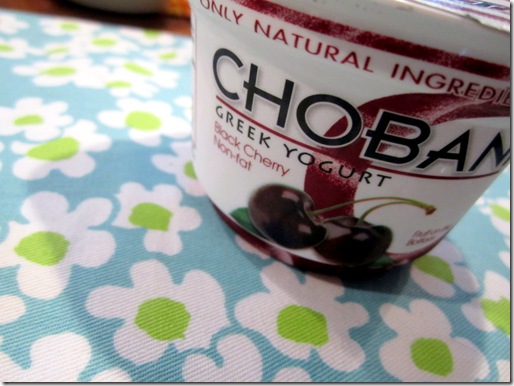 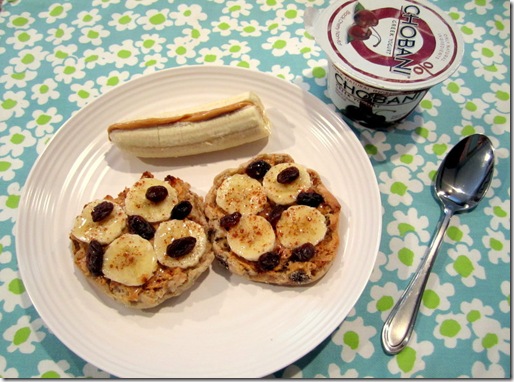 Since dinner was a little lighter than normal, I’m pretty sure another snack will be in order later this evening. I really wish I had some of these leftover… 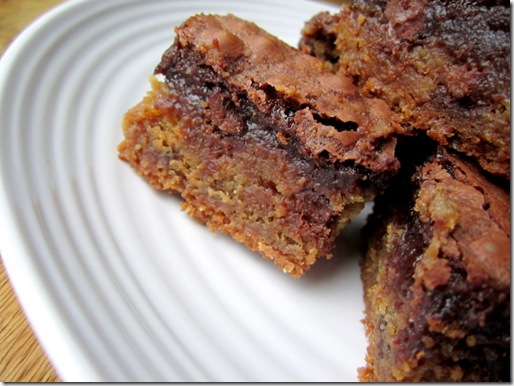 although it’s probably a good thing that I don’t. They are dangerous.

But if you think you’re prepared to enter the “danger zone,” you’re in luck; I’ll be sharing the recipe with you all tomorrow.

For now, I’ve got guests…Joe & Kate are stopping by. Wooooo!

What was the last food craving you had and totally gave in to?

« New Mini Playlist + Back To The Beach
Addicted To Working Out »