Well, yesterday was quite a busy one! And a fun one, too.

When I last left you all, I mentioned that Jay and I were going to be hitting up a local craft fair. To be exact, it was the Country Folk Art and Craft Show at HVCC which is always enormous and full of tons of beautiful stuff. This year was certainly no exception. Lots and lots of Christmas decorations definitely left me feeling a little festive! 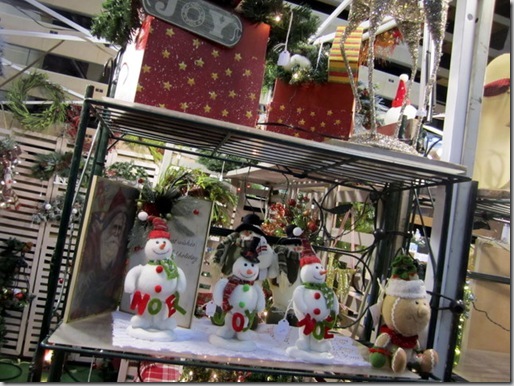 The only problem for Jay and I is that 95% of the stuff that they had was either super country (which is cute but not totally our style) or it cost way more than we wanted to spend.

So you know what we did? Well, besides a couple of glittery snowflake decorations I picked up, we spent the rest of our money on…FOOD. 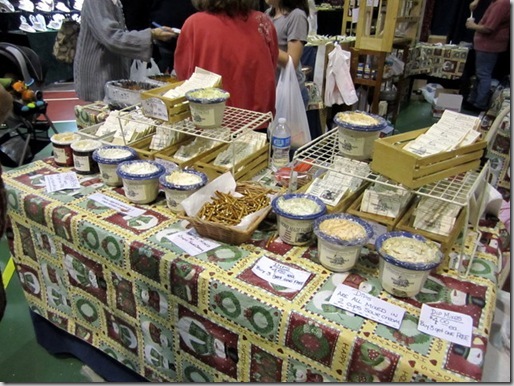 There was no shortage of food at this craft show, that’s for sure! And you know what makes it even worse? There was samples. Tons and tons of samples. 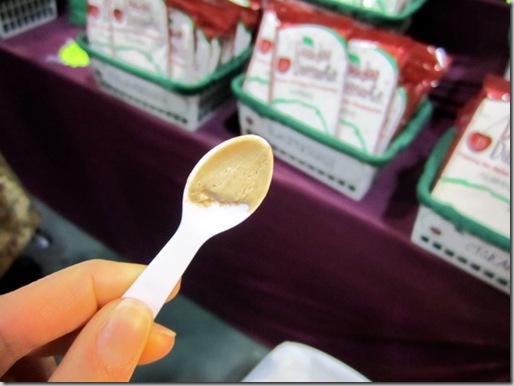 Yes, Jay and I are total suckers for samples. And had it not been for those darn little samples, we probably would not have walked away with the pasta fagioli soup mix that I “just had to have” after trying it. 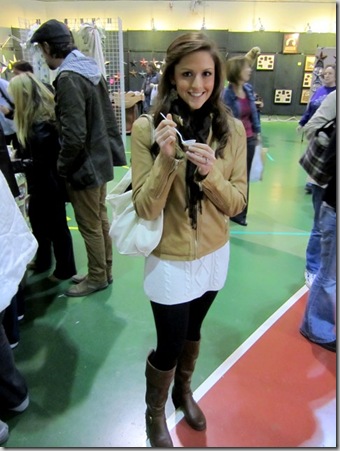 Or the three blocks of fudge that we certainly do not need in our house right now (despite the fact that it is probably the best fudge I’ve ever had). 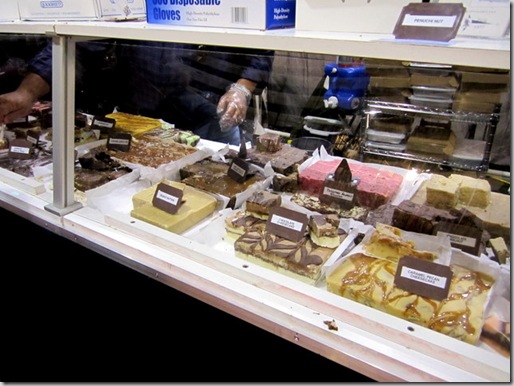 Or the amaretto-flavored no bake cheesecake mix that won our hearts. 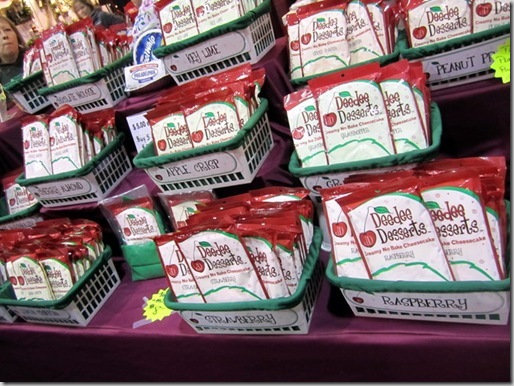 Or how about this: a pomegranate wine slushy? Yes, wine slushy! Had the clever sales guy not yelled over, “Hey there, would you like to try a wine slush?” I most likely would have walked right by that table. But ohhhh no; one sip in and both of us were hooked. 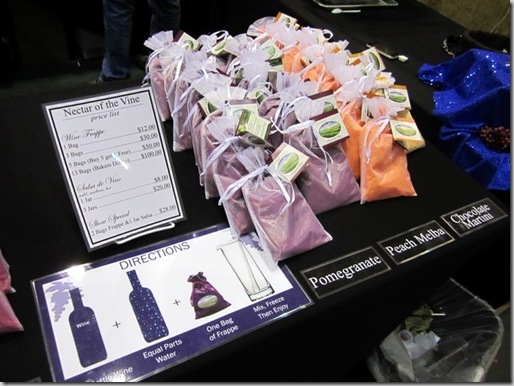 I’m telling you, we are a food salesperson’s dream.

Before leaving the craft show, there was one more food item that we had to get, even without getting a free sample: Kettle Corn. Oh, you know I love me some kettle corn! 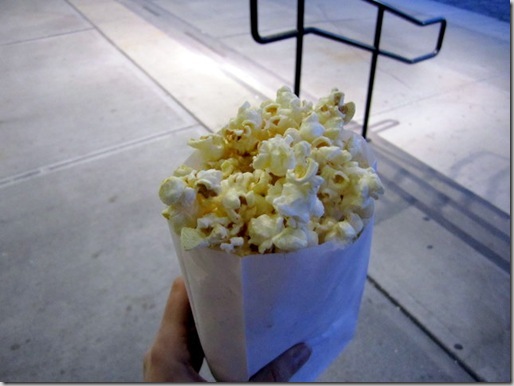 This particular brand (Adirondack Kettle Korn) is always at the craft show and they are, by far, my favorite kettle corn company around. It’s seriously the best and had we not been on our way to dinner, I most definitely would have scarfed down the whole bag. But hey, at least now I have some to snack on today, so it’s all good.

Speaking of dinner, Jay and I actually planned our timing perfectly at the craft show because we were able to go right to dinner from there and made perfect timing. We met up with his parents at Valente’s Restaurant, to celebrate my father-in-law’s birthday which was on Thursday.

To start, we got a typical house salad that was included with dinner which was actually sort of lame-o which you can tell by looking at it. Ehh, I guess since it’s included. 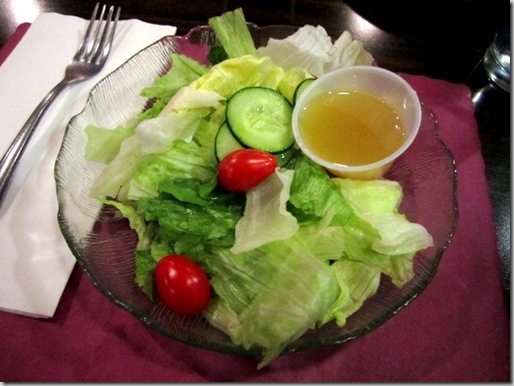 We also noticed on their menu that they had their award-winning "Three Little Pigs Macaroni and Cheese," which is made with Italian ham, bacon, salami and three Italian cheeses. It sounded way too good to pass up, so we decided to get an appetizer-sized order of it. 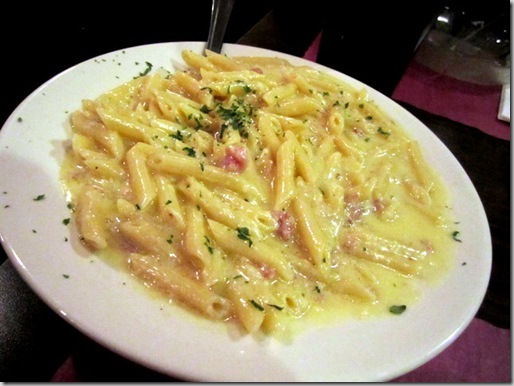 Can you believe that right there is an appetizer? Good lord, it was enormous. I’d be curious to see what the entrée of it looks like. Yikes! The mac & cheese was really, really good and I could totally see why it would be award winning. Delicious, and most definitely not for those looking to save calories.

For my dinner entrée, I ordered the Chicken Francesca which was chicken, roasted red peppers, spinach, fresh garlic and herbs served in a marinara sauce over your choice of pasta (rigatoni for me). 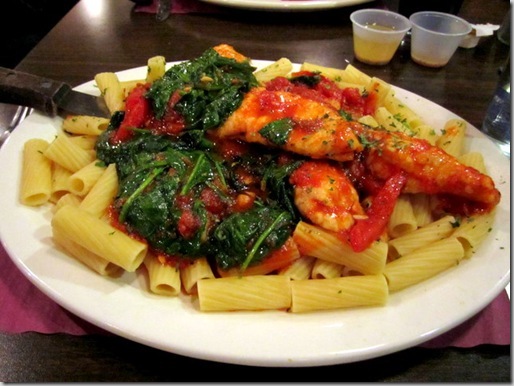 I’ve actually ordered this dish more than once and it’s usually pretty good but last night it didn’t “wow” me. I don’t know, maybe I was still craving kettle corn? Either way, I ate about 1/3 of it before calling it quits and it still barely looked like a made a dent in it.

Besides, I had to make sure to leave room for birthday cake! 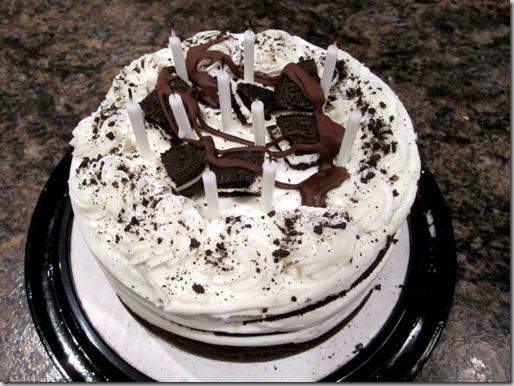 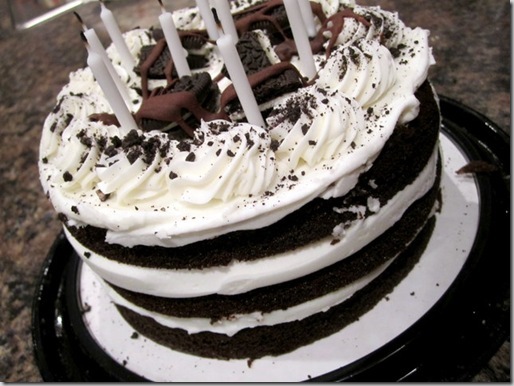 I enjoyed my little slice along with some vanilla ice cream and man-oh-man was it good. Too good. 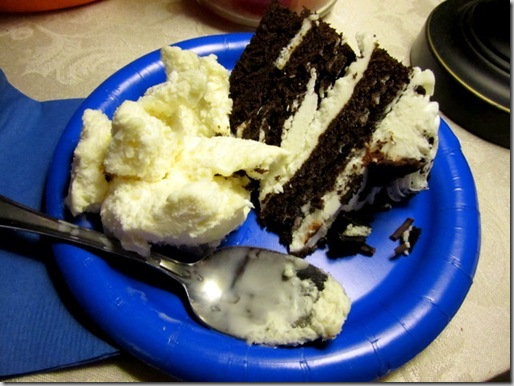 I was actually surprised at just how much the frosting tasted like that in an Oreo cookie. 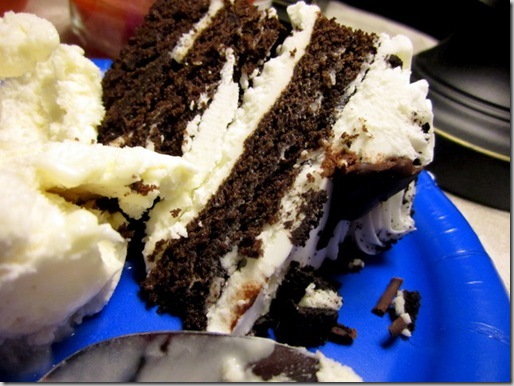 But as delicious as it was, I’m so glad that my in-laws took the leftovers home with them. I definitely don’t need to be tempted with that sitting in my fridge; and besides, I have fudge to take care of.

To say I went to bed feeling rather stuffed is an understatement. There was a lot of food consumed yesterday and a lot of heavy, rich food at that.

That being said, time to go hit the treadmill!

Are you a sucker for samples, too?