You guys are all so great. Thanks so much for all of your congrats and well wishes on our little baby BOY on the way! We are obviously ecstatic, and were so excited to share the news with everyone. 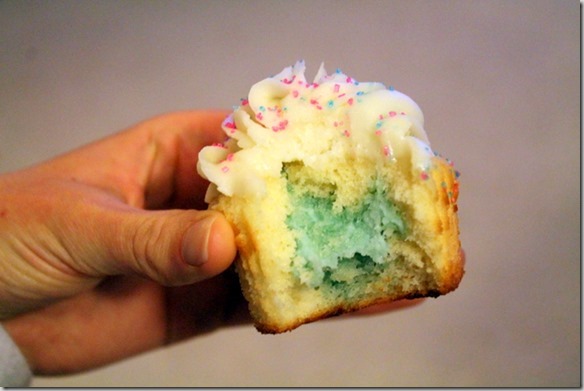 For those of you who kept asking to see the middle of those cupcakes from last week, here ya go.

But as fun as it was to reveal to our parents with the cupcakes, I think the balloons were probably my favorite. It was just so fun to watch! 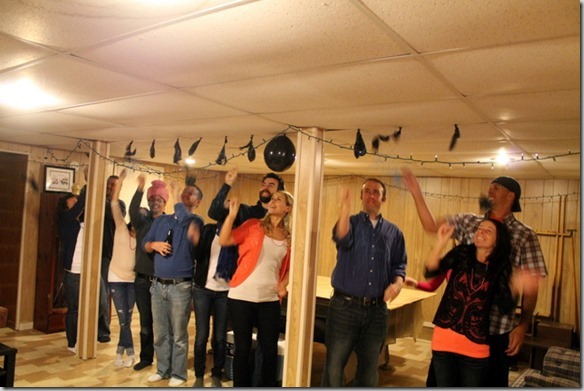 Jay and I actually went out and bought some black balloons and a package of blue paper confetti. The paper strands were too large to stuff into the balloons, so we had to cut all of the paper strands into tiny confetti pieces before we could get them into the balloons. It did take a bit of time, but we both agreed that it was totally worth the extra effort.

Another highlight from Saturday evening was easily this little gift that we got from a few of the girls. 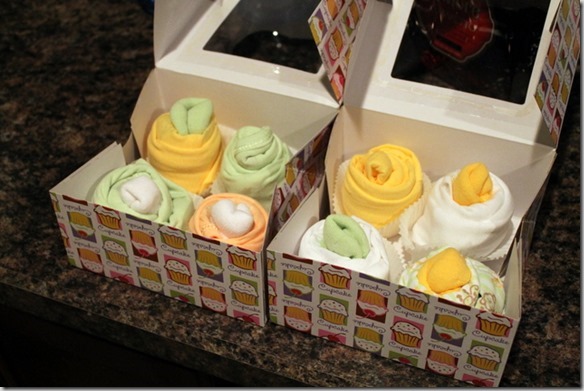 At first, I had no clue what was inside the containers, but I quickly discovered that they were all tiny onesies rolled up and stuffed with teeny tiny socks. 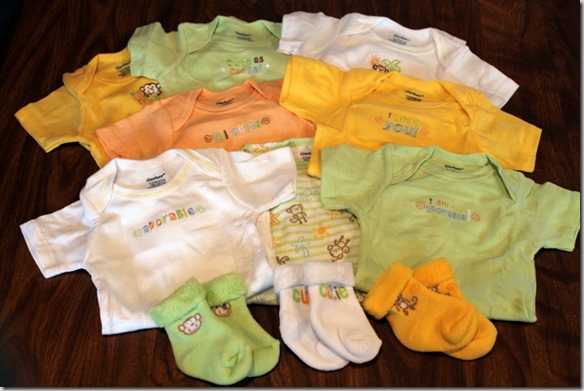 How stinkin’ adorable are they, right?!? 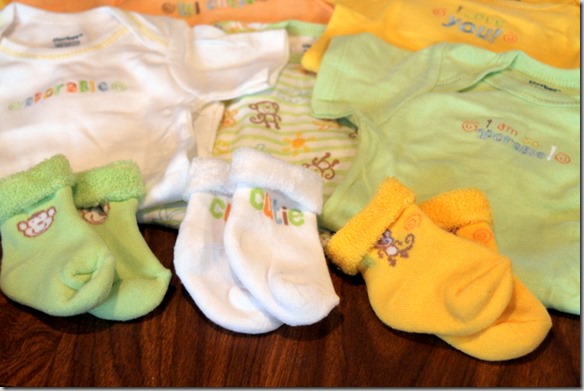 I have some pretty clever friends.

As for yesterday? Well, Jay and I pretty much laid low for a majority of the day. We cleaned up the house a bit, I did the grocery shopping, I cooked a batch of Crockpot Burgundy Beef Stew for later in the week, 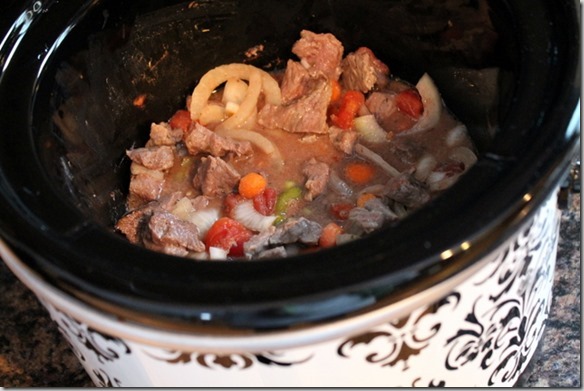 Baked up a loaf of pumpkin banana bread, 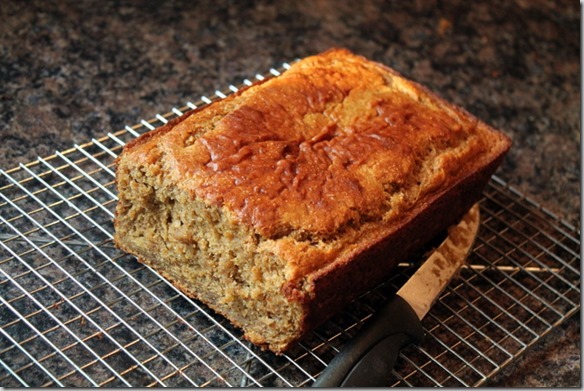 And scanned the internet for what seemed like hours looking for baby bedding, and starting to really update our registries. 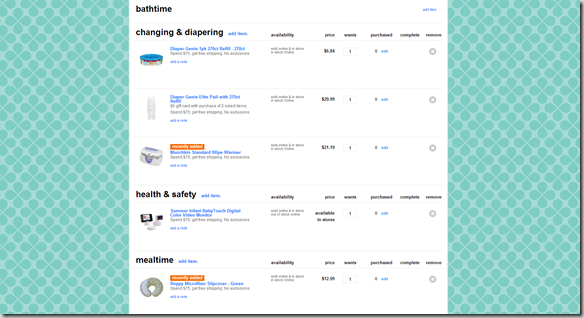 Right now, we’ve started registering at Target and Babies R Us, although I’m starting to wonder if I should have gone with Amazon. They have some pretty great prices (like a BOB stroller for $319!) There were times yesterday where I felt like I was really on a roll and doing well, and then there were other times where I would get completely and utterly overwhelmed and had to walk away. I know I still have a ways to go, and I certainly didn’t expect to get it all done in one day. But my goodness, it takes some time!

Dinner was just some easy leftovers from Saturday, including some baked ziti, meatballs, and homemade garlic toast. 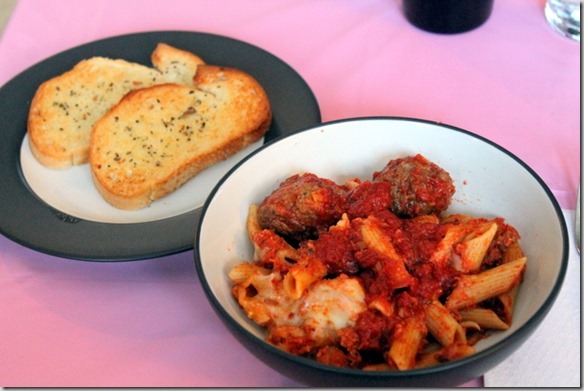 So how was everyone else’s weekend? Do anything fun or exciting?!?