Last night was juuuuuust what the doctor ordered. A delicious dinner out, spent with fantabulous friends… 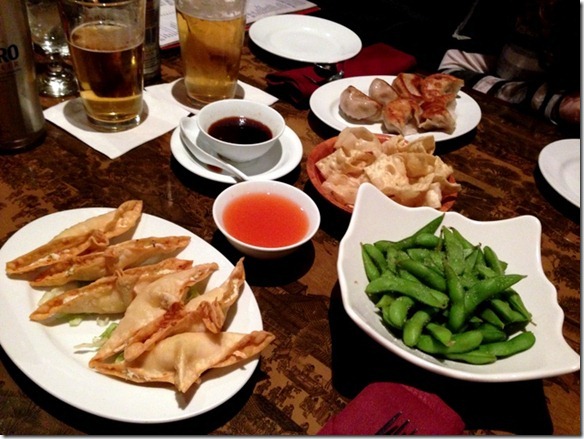 These friends, to be exact! 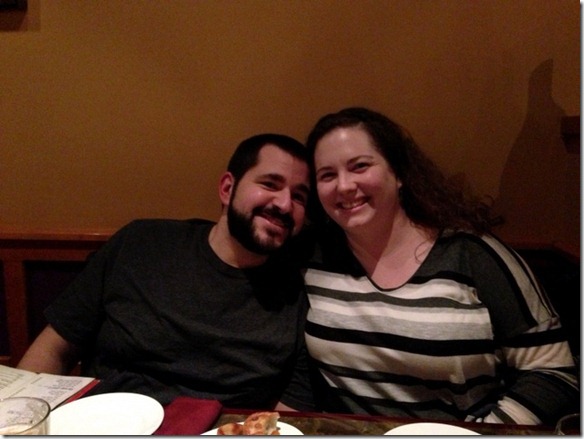 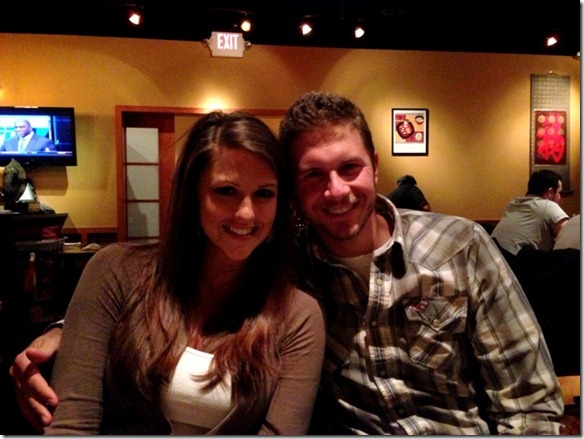 Our double date duo hit up Shanghai Grill, a new-to-me Chinese/Japanese/Thai/sushi restaurant. Let me tell YOU…I’m so bummed I never got to this place sooner. It was SO good!

The four of us decided to start with a bunch of appetizers, which included crab rangoons (umm, oh my god they are amazing?!), pork dumplings, and my favorite…edamame. 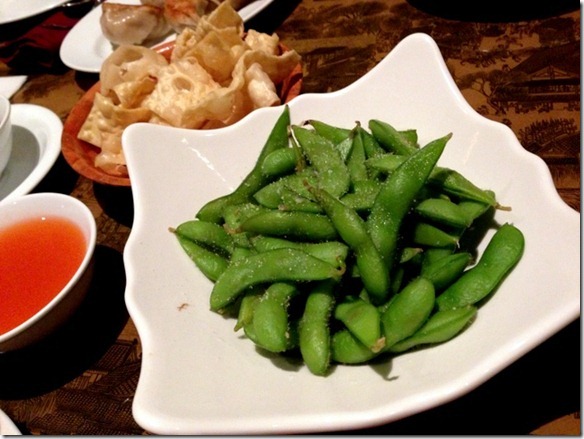 I was totally going back and forth on whether or not I wanted a main entrée or just sushi. While we were in Mexico, I actually tried pad thai for the first time in my life (is that crazy?!) and loooooved it so I almost got that.

But ultimately, sushi won me over. As always. 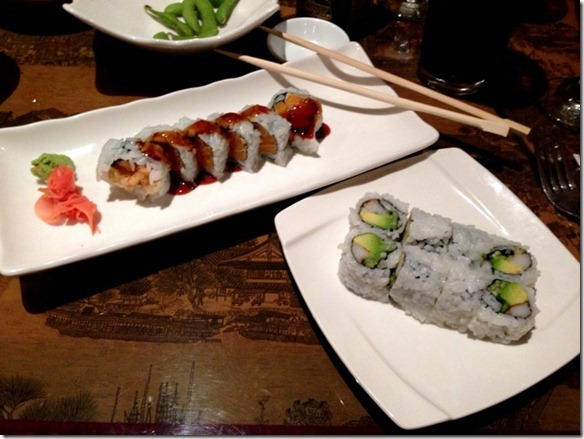 A sweet potato tempura and a California roll for the preggo lady, and man-oh-man did they hit the spot. So much so that I didn’t even miss the fact that my choices of sushi these days are incredibly limited.

While we were at dinner, I had to be sure to make the group aware that we were, in fact, just a few doors down from a TCBY… 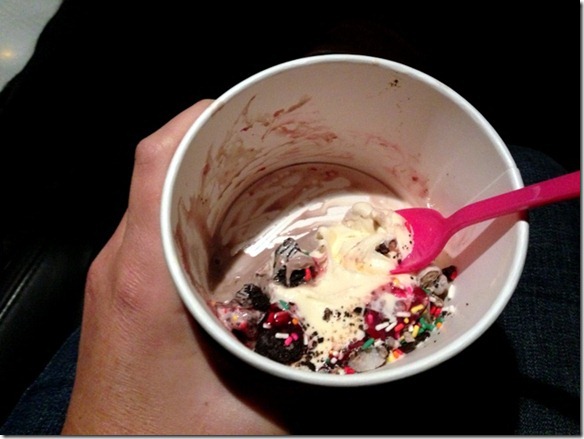 And, of course, we visited there for dessert. Almost for forgot to take a photo, since the place was bombarded with middle-schoolers who appeared to have just gotten out of a concert of some sort, so as soon as we got our goods, we actually just ate them in the car. Hey, they tasted just as good in there as they would have inside. I’m no stranger to eating fro yo in my car.

After letting myself sleep in a bit without an alarm this morning (which, surprisingly enough, got me up a little before 8am) I decided to make some breakfast for me and the hubs, who was working remotely from home. On the menu? 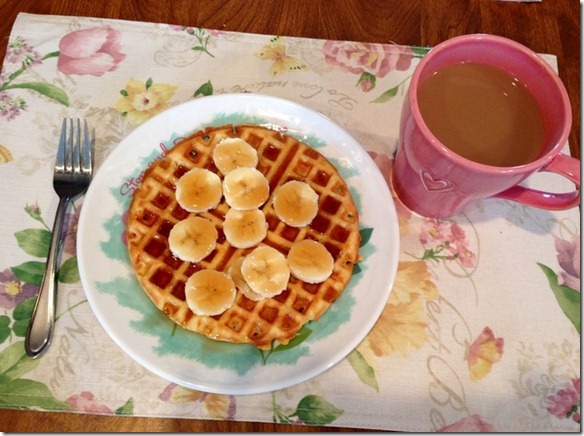 I just used some of this waffle mix to make some super quick, super delish waffles, which got topped with some syrup and banana slices. 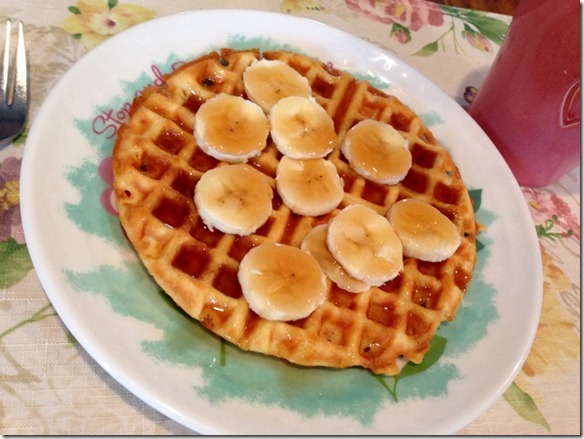 Most of our morning/afternoon was spent both lounging and cleaning, and now we’re heading out for the rest of the day to run some errands, check out some stuff for Baby Tooth, and meet up with the Mexico crew tonight. Should be a fun one!