Well would ya look at that…we’re already halfway through the week already. Can I get a “Woot Woot?!?”

Today was an especially long Wednesday at work, but that’s thanks to some new clients that I’ve gotten so I’m definitely not complaining. My first client for the day started at 6:00am and I had appointments scheduled intermittently throughout the morning until I left a little before 2:00pm this afternoon.

Since I knew today was going to be a long one, I did my best to pack some food… 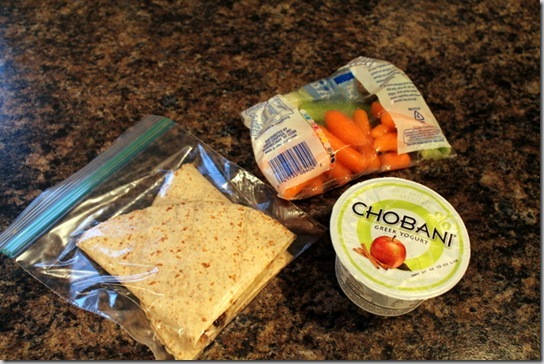 I brought an apple cinnamon Chobani, some baby carrots, and an amazingly delicious “sweet breakfast quesadilla.” – Umm, yes, that is what we’ll call it. This thing was Awesome with a capital A. 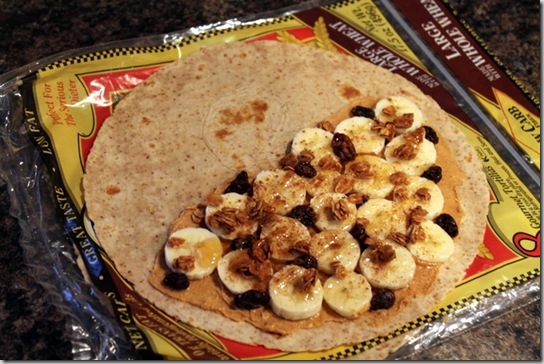 I spread half of the inside of a whole wheat LaTortilla Factory wrap with some peanut butter, and then topped it with a boatload of banana slices, raisins, a sprinkle of granola, cinnamon, and a teeny drizzle of honey. 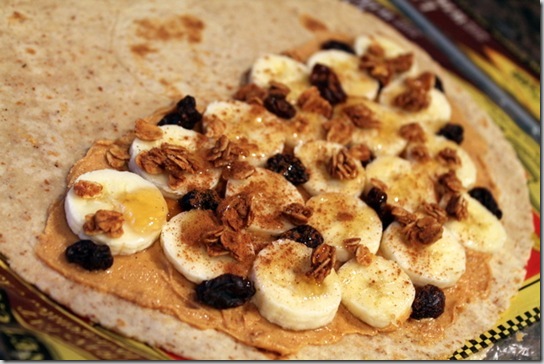 That thing was seriously delicious, with so many different textures and flavors going on. I ended up eating this sweet breakfast quesadilla (the name is starting to grow on me) after finishing up my own workout for the day. Due to my schedule, I split my all-cardio workout into two parts:

Unfortunately, walking was the most I could handle today thanks to this damn asthma.

And yes, I’m going to swear because it’s really starting to frustrate me. Grrrr.

All week, my chest has been extremely tight, no matter how often I’ve been taking my inhalers. I’m assuming it’s mostly due to the weather and keeping my fingers crossed that it subsides quickly…Courtney just wants to MOVE!

By the time I finished up at work, I was definitely long overdue for some lunch, so I hightailed it back home to make something to eat. I was really craving some veggies but wasn’t in the mood for a salad, so I went for the next best thing…I big ‘ol veggie & egg white scramble with pineapple salsa. 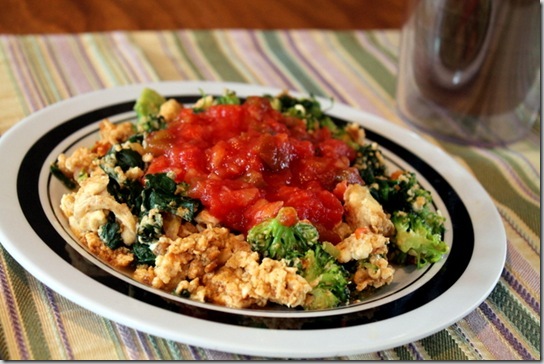 I called these my “ugly eggs,” because that’s the only thing I could think of as I was making them. They just did not look pretty. Fortunately, they were mighty tasty, and jam packed with a whole small tomato, about 2/3 cup broccoli, and an enormous amount of spinach. I guess I’m trying to make up a little for yesterday?

And just in case you didn’t believe me… 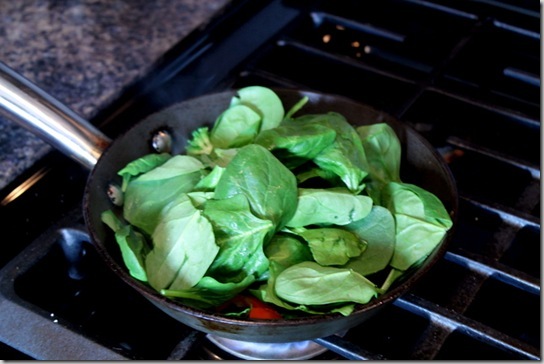 I even got to have some iced coffee with lunch today, which was leftover from this morning. 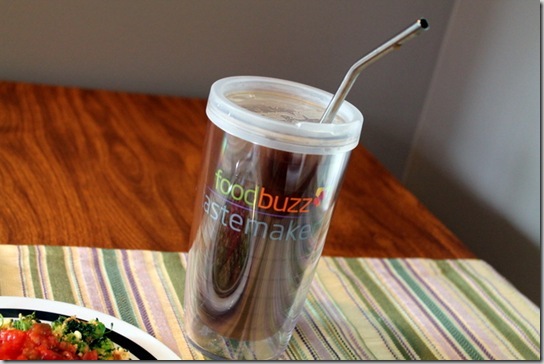 Poor Jay…every day he asks me what my schedule is for work, but he has a hard time keeping up. I can’t blame him – pretty much every day is different and it’s still changing all the time.

On Monday, he forgot to make enough coffee for me and he felt bad, so this morning he made sure to text me and let me know that he made enough…also forgetting the fact that I wouldn’t be home until much later. 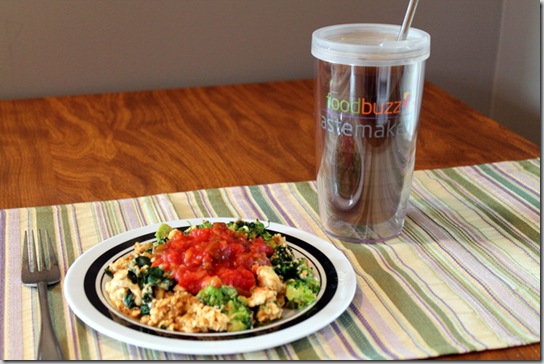 BUT, as it turns out, just having him put it in the fridge to save for later wasn’t too shabby of an idea. Iced coffee is good ANY time of day, if you ask me.

This evening, Jay and I are headed out again (two weeknights in one week – crazy!) to meet up with a few friends for trivia. It’s sure to be a fun time and I’ve definitely been looking forward to it all day…

I just may need to take a quick nap before we go. I think that 5am wakeup call from this morning is starting to catch up with me.

Would you consider yourself to have a “conventional” work schedule (i.e., M-F, 9-5) or “unconventional” (aka, all over the place)? What would you prefer?