Sooo excited for the weekend. I’m definitely ready for a little fun, a little relaxation, and a little playing catch-up with all of the things I inevitably never get to during the week. Ehh, it happens.

Last night when I got home from work, I had a HUGE hankering for certain something special for dinner. Luckily, it only took one mention of the place, Jay was on board, and we were there in no time… 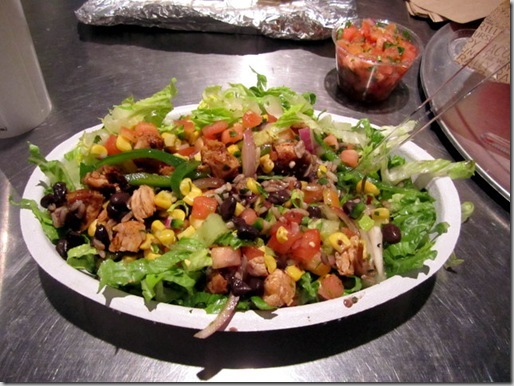 One of the great things about being on my new nutrition plan is that I’m already getting used to what I should look to incorporate in each of my meals. Just because I was going to Chipotle, that didn’t mean that I couldn’t stick with the plan!

I ordered my usual (Chicken Burrito Bowl) with brown rice (one scoop instead of two), black beans, and LOTS of veggies (no cheese or sour cream, a little bit of guac on the side, please!) I pretty much told them to load up on everything veggie-based that they had; this meant I also got a generous helping of their roasted chili-corn salsa… 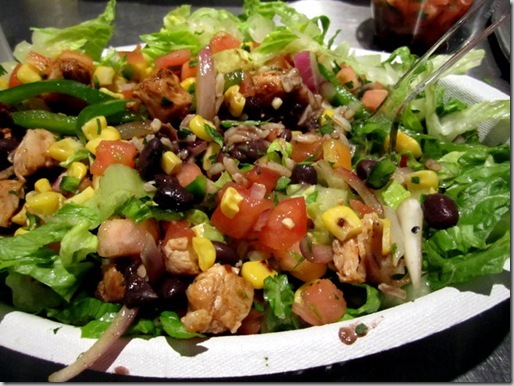 Holy crap that ish is spicy! My mouth was on fi-ahhh! 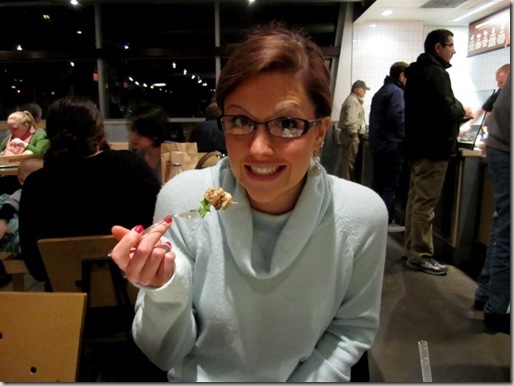 Jay just assumed I was being a wimp like I usually am with anything remotely spicy, but when the manager came around asking how everything was, I made sure to ask him just what the deal was. That stuff is not only made with jalapenos, but poblano peppers too. Man oh MAN!

Despite my mouth feeling like it was about 1000 degrees (okay, I’m exaggerating now), I still managed to make it through the whole bowl. Absolutely delicious.

This morning, I woke up and headed on over to the gym to take a class. On my way there, I munched on a little pre-workout snack. I love my Clif Z Bars (they’re my favorite pre-workout snack) and was ecstatic when I saw this NEW Iced Oatmeal Cookie flavor at Target yesterday. 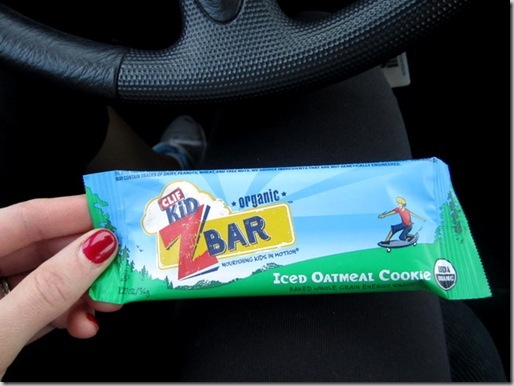 (Not so good, on the other hand, is my shellac manicure that is growing out at a rather rapid rate…)

So I was originally thinking about dropping in for another Focusmaster class today, but I ended up deciding on BodyAttack instead. It’d been ages since I last took a class and I almost forgot just how amazing of a workout it is. Holy sweat buckets!

On my home, I got the urge to stop at my favorite coffee shop for a little treat. Today’s coffee flavor of choice was Mudslide. Yup, I probably don’t need to say much more than that, right? 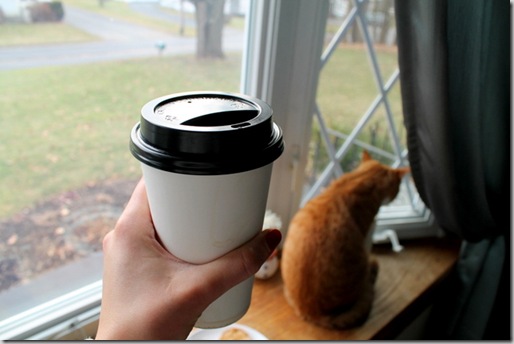 As soon as I walked through the door I went right to work on breakfast. I was a Starvin’ Marvin’! 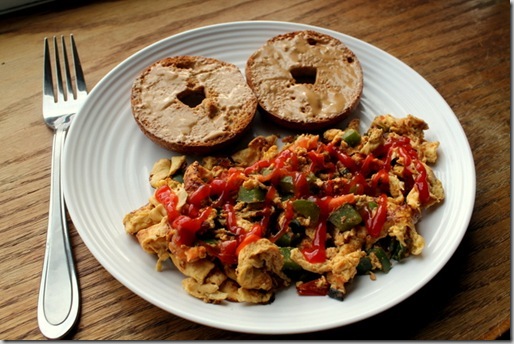 Today’s breakfast included a veggie scramble made with green peppers, scallions, and tomatoes. It’s probably one of the ugliest scrambles I’ve ever made, thank you very much. 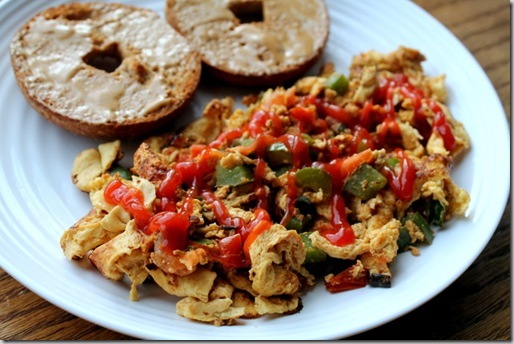 I guess that’s what I get for not paying attention. Hey, at least I didn’t burn my bagel! 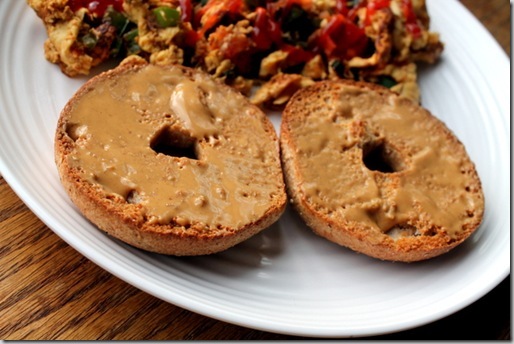 I (perfectly) toasted a whole wheat mini bagel and topped it with a little peanut butter (maybe about 1 tsp per half?). It was super.

Now I think it’s about time for me to go shower because, I don’t know about you, but sitting around in sweaty workout clothes is probably one of the most uncomfortable feelings EVER. Eeeeewww.

What’s a workout that you haven’t done in a while that you’d like to bring back? (Now that you’ve figured it out…go ahead and DO it!)

What’s the spiciest thing you’ve ever eaten? Did you love it or hate it?