Remember last night when I said that I was going to try my best to forget all about that whole snow thing happening? Well, I must have done a pretty good job because I had completely forgotten about it until I woke up this morning, looked out the window, and was greeted with this. 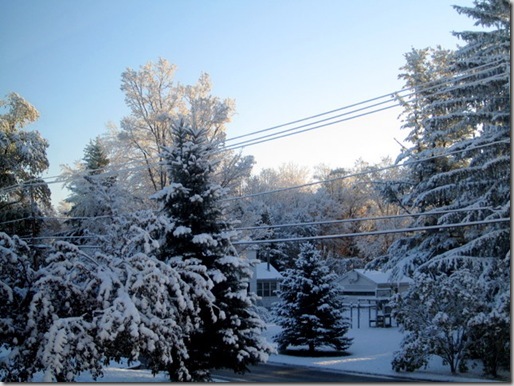 Talk about a total surprise.

My poor pumpkins are all covered! 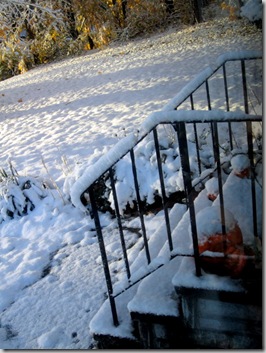 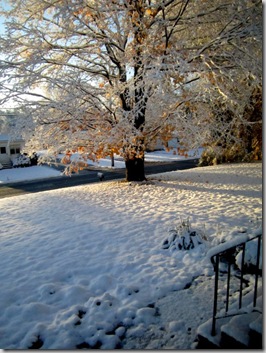 Despite the fact that I was less-than-psyched about our first little snow fall of the season, I will admit that it is quite pretty…

I will also admit that I only feel this way because it’s not currently snowing and I know it’s all going to melt by this afternoon.

So I may not have gotten home from work until a little after 9pm last night, but it wasn’t all that bad (it’s the little things!). One of the girls I work with, Kelsey, brought in some homemade pizza to share with everyone! 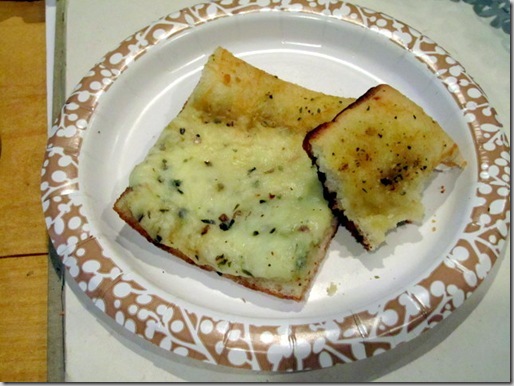 She recreated a four-cheese white pizza from one of my favorite local pizza shops, and although I’ve never had their four-cheese pizza, hers was to die for. It was almost like cheesy garlic bread meets pizza. It.was.awesome.

I also got a new shellac manicure, courtesy of Kelsey. I’ll tell ya, this girl is a jack of all trades! 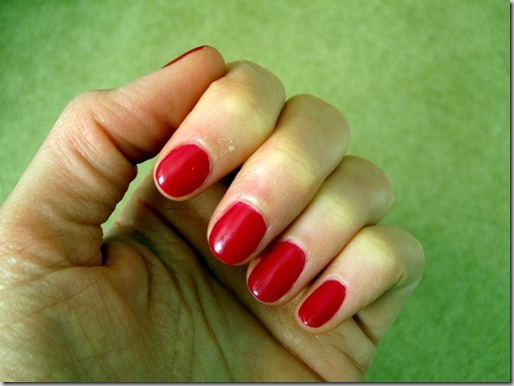 When I got home last night, I caved and still decided to watch my DVR’d episode of American Horror Story because the suspense was killing me and yes, this show is still wacky…and I love it.

Thanks to my late-night TV watching, that also meant late to bed, which meant I needed to decide whether or not to still get up early for a workout, or sleep in and call it a rest day. I thought a lot about the whole healthy living package and opted for the extra sleep, which was definitely the right idea for me last night. I was dead tired.

With a full-nights rest under my belt, it was time to get crackin’ on breakfast. With no pumpkin gingerbread left in the house, I actually had to put some thought into today’s meal. Luckily, it only took about 5 seconds to decide on a bowl of pumpkin oatmeal. 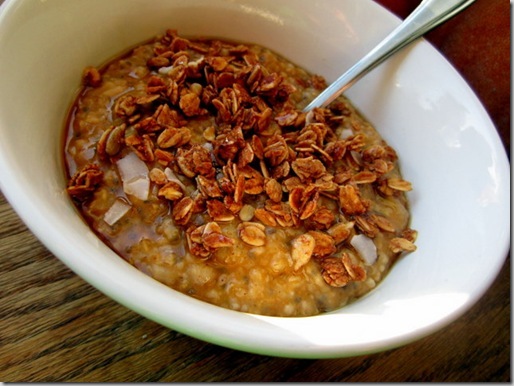 Toppings for today included a generous helping of Love Grown Foods granola and a drizzle of light maple syrup. It was so festive and delicious. 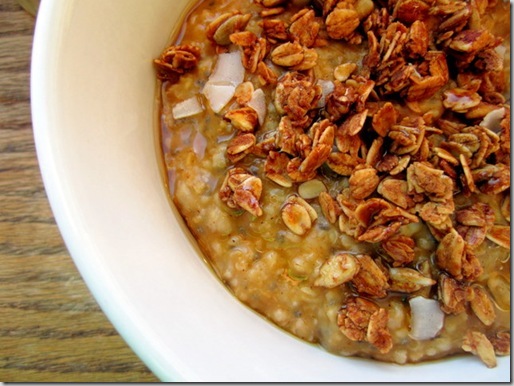 And even though it may look more like Christmas outside, I’m still sportin’ my spooky little statues. 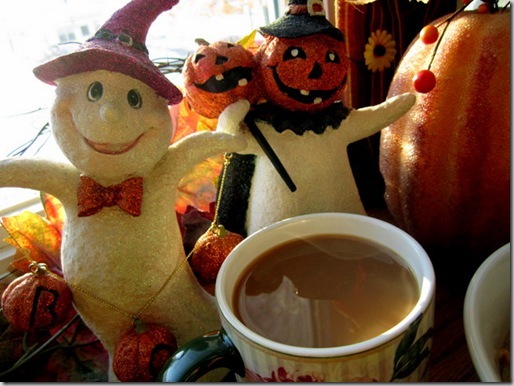 I don’t know about you, but we’re in Halloween mode over here. 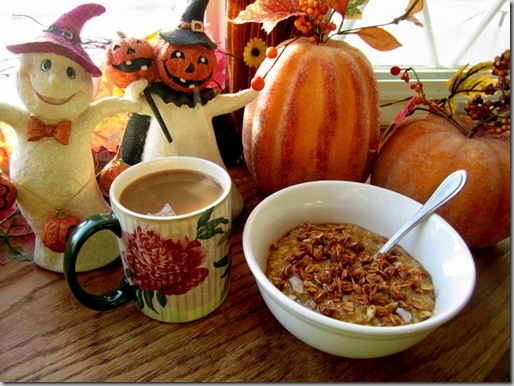 This afternoon after work, I’m hoping to make a quick trip over to Old Navy to see if they have any good deals.

Hopefully I have some good luck!

I’ll also be announcing the winner of my Sip & Relax Giveaway this afternoon, so hurry up and get your entries in if you haven’t yet.

Jay and I have a busy weekend ahead again, including a fun Halloween party Saturday night!