It’s official: The 3rd Annual Fall Festival was a success!

Despite the fact that we had a few less attendees than last year’s fall festival, we all still had a fabulous time doing lots of our favorite fall festival things. Jay and I had to pass on the apple picking this year, but we still had a blast taking part in the other festivities, such as… 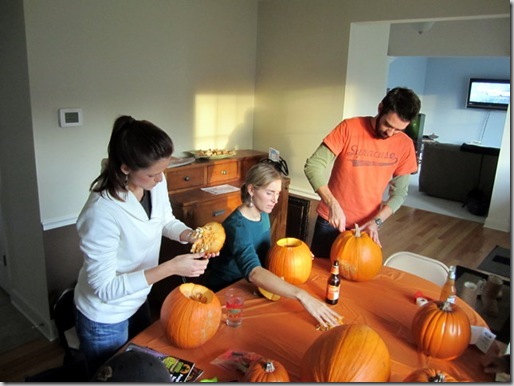 Every year, we all somehow manage to do a killer job on our pumpkin carving. 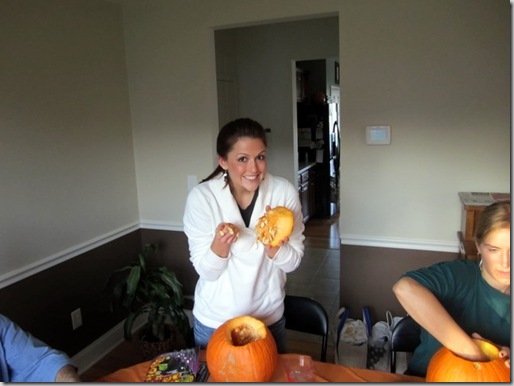 Luckily, my pumpkin wasn’t all that messy this year AND it had a bunch of seeds that I made sure to put aside for toasting with some cinnamon-sugar. Can’t let those babies go to waste. 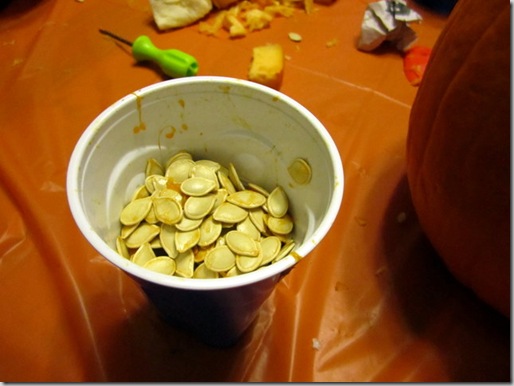 We all obviously take our pumpkin carving very seriously, don’t we? 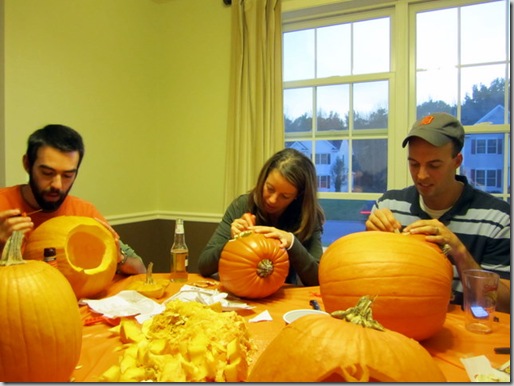 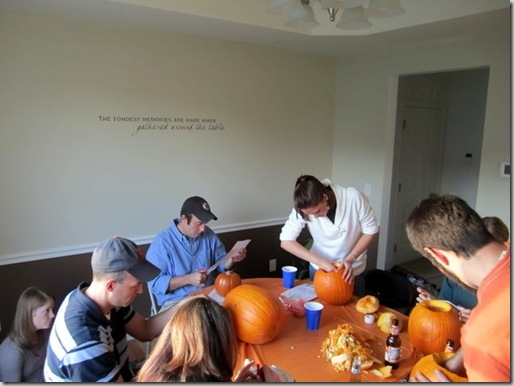 Usually, I feel like I’m pretty much the last one to finish, but this year I was second so I had some fun moseying around and watching everyone else. 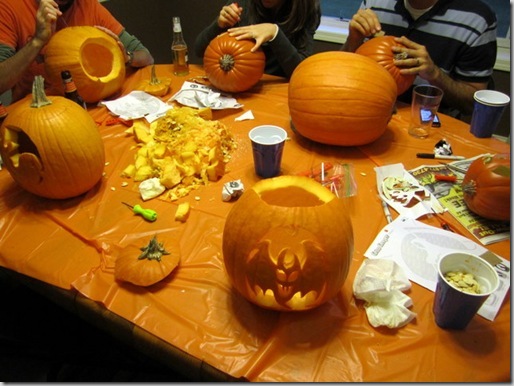 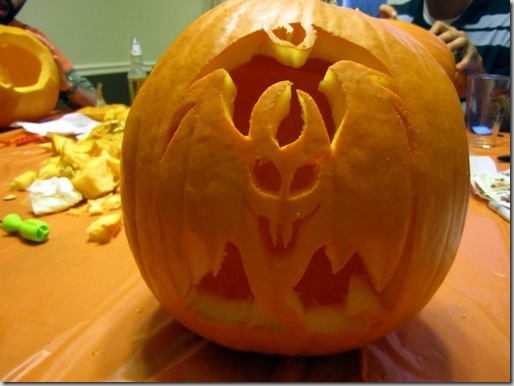 With Fall Festival, there is also never a shortage of good food to eat. We started out with some snacks, which were enjoyed before and during the pumpkin carving shenanigans. 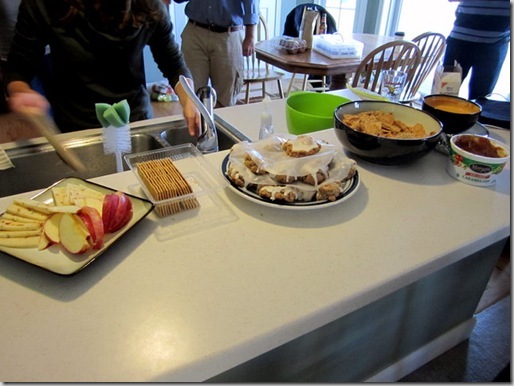 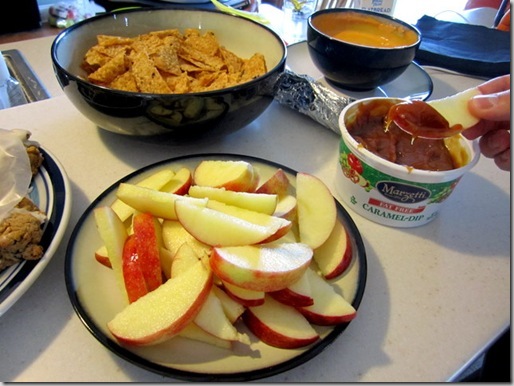 Jeff even picked up some mini frozen pizzas which, you’re right Sarah, he was rather excited about, wasn’t he? As amusing as the random purchase was, I don’t think there were any pieces that went unaccounted for! 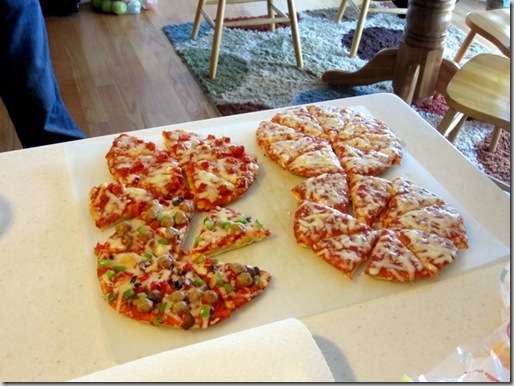 I tried not to go *too* overboard with the snacks, because we had a very delicious dinner planned… 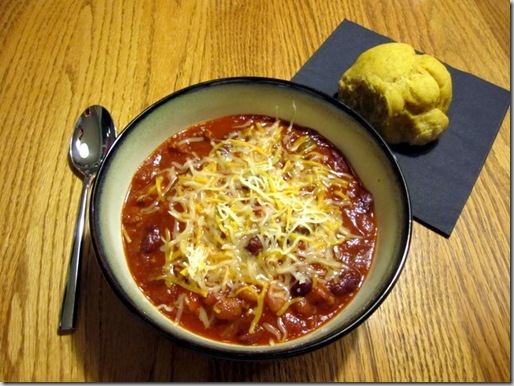 Andrea made the pumpkin rolls from scratch and they were seriously amazing. If there wasn’t dessert waiting for us, I totally would have grabbed another one. So, so good! 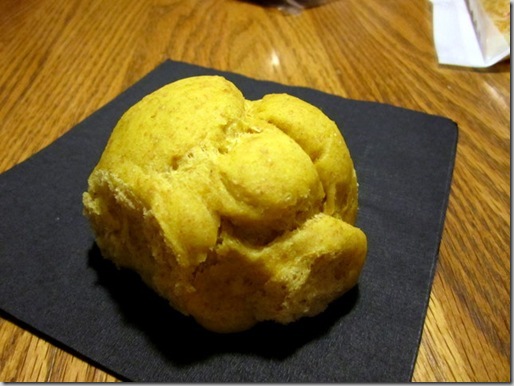 But, of course, there was dessert waiting for us, in the form of my Pumpkin Spice Cupcakes (you can mark me down for one of those…) 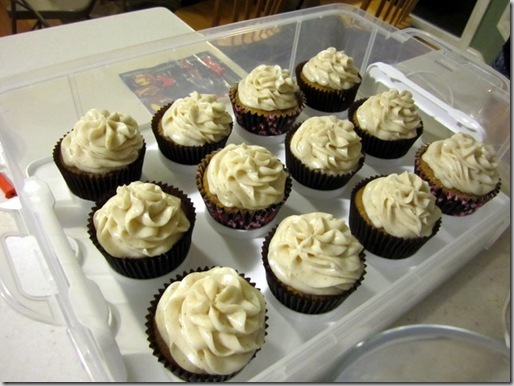 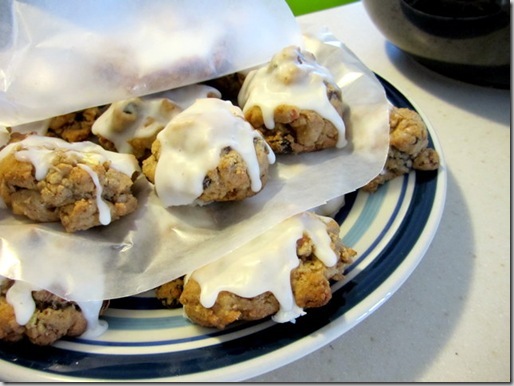 These cookies are awesome (along with everything else that Mal makes) and I even have the recipe for them, so I’ll have to share that with you guys sometime soon. Remind me, mmmkay?

Now, with another Fall Festival successfully under the belt, it’s about time to wind down and get ready to get back to the grind tomorrow. Did this weekend fly by for anyone else or is just me? Sheesh!

Oh yes, I almost forgot! Let me show you all our final pumpkin carving products… 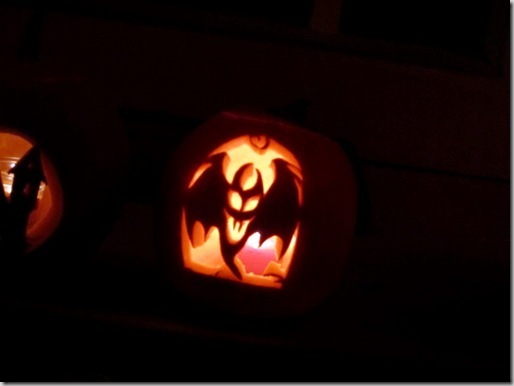 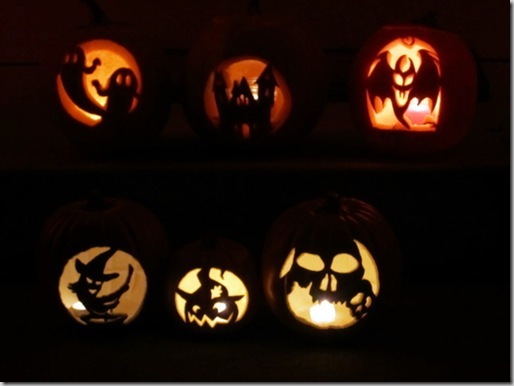 Hope everyone had a fun weekend, whatever you were doing!

Do you have any “annual” events that you hold/attend every year with friends and/or family?