Hey everyone! How’s your Saturday going?

I’ve had myself a nice little Saturday, which started off with a fun Starbucks date!

Earlier in the week, I made plans to meet up with my friend, Heather. Unfortunately with our busy schedules, we don’t get to see each other nearly as often as we’d like. So we spent a couple hours chatting away and catching up on the past couple months.

While we sat and chatted, I sipped on an exceptionally delicious Skinny Caramel Macchiato, 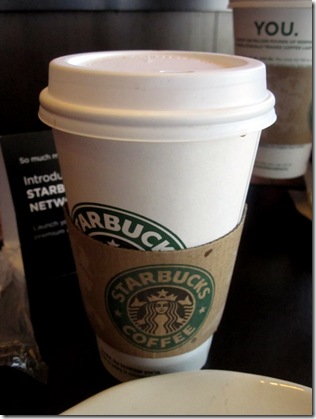 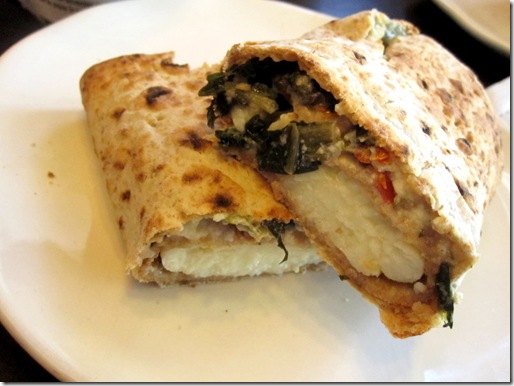 It was good, but not great. The egg whites almost tasted a little spongy today? 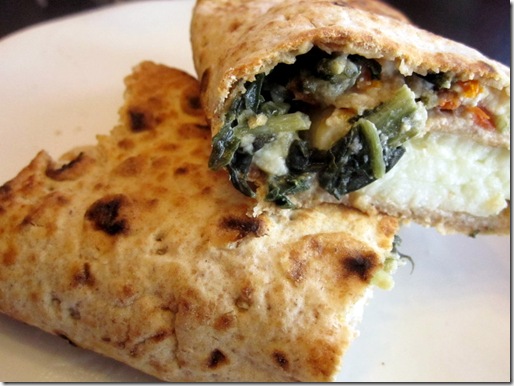 We had a great time eating, drinking, and chatting away. Hopefully I’ll get to see her again sooner rather than later! 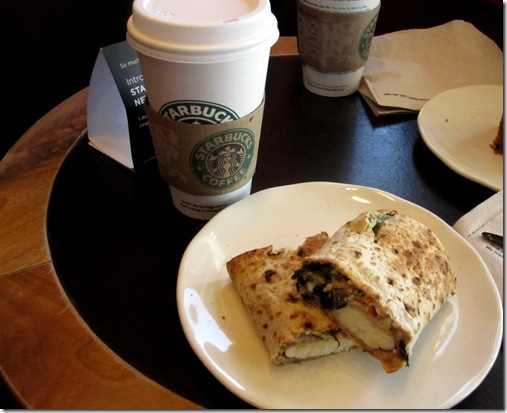 Throughout the afternoon, I had some work to do around the house and never really sat down to an actual lunch. I enjoyed a couple snacks, one of which being this fantastic yogurt mess. 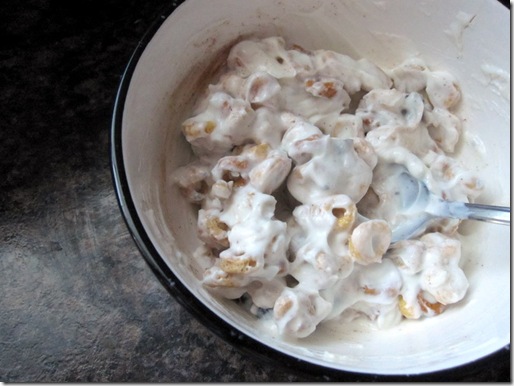 A vanilla flavored Chobani, mixed with some raisins, half a banana, Multigrain Cheerios, and some cinnamon. Suuuuper tasty. 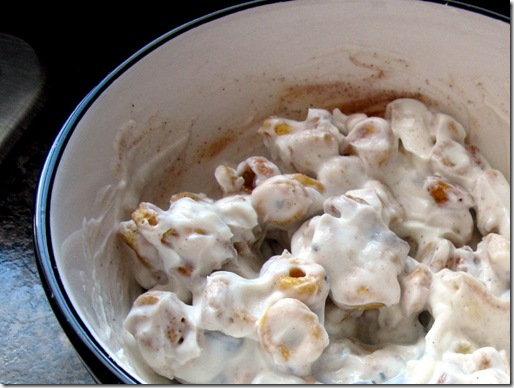 When it came time for dinner, hubby and I both knew that no cooking was going to be taking place today. Even though we finally do have countertops and a working stove, we are still without a sink, and have our pots and pans scattered randomly throughout the house.

Soooo, we picked up the phone and ordered some delivery. Tssk tssk, I know…eating two meals out in one day.

But hey, at least I incorporated some extra veggies-from-home into my meal, right?? 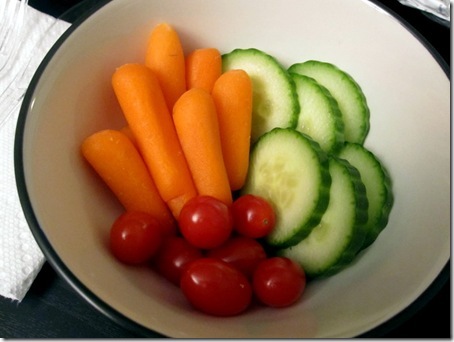 We ordered from one of the local Italian restaurants in our neighborhood, Testo’s. This place is seriously becoming a favorite of ours. Everything we get from here is amaze-balls….and tonight was no exception!

Look at all that food! 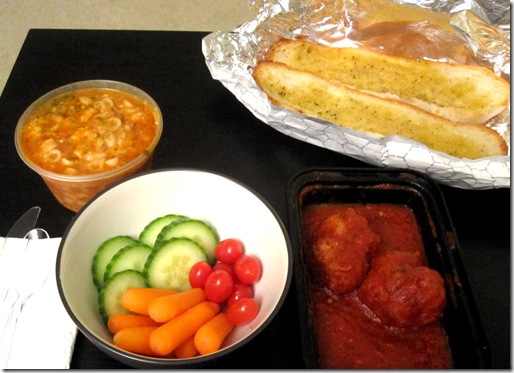 Jay and I got an order of garlic bread to share. I easily finished off my half. Easily. 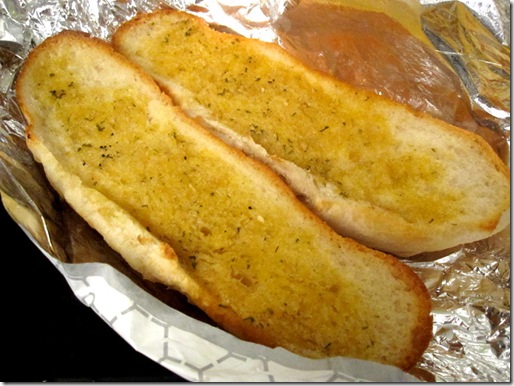 After getting word that Testo’s makes the “best meatballs on the planet,” I decided to give them a go tonight.

Let me first say this: Mom, I love you and your meatballs to death…

But these meatballs were most definitely the best meatballs I’ve ever had. WOW! Jay and I each had one. 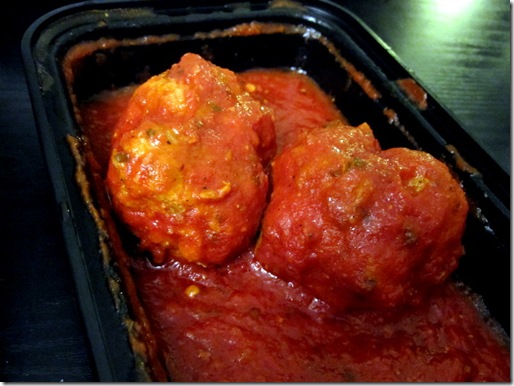 Since I knew we were ordering everything else, plus the veggies, I just decided to order the appetizer-sized Pasta Fagioli. Even ordering the smaller size, I still have half left to enjoy for tomorrow’s lunch. 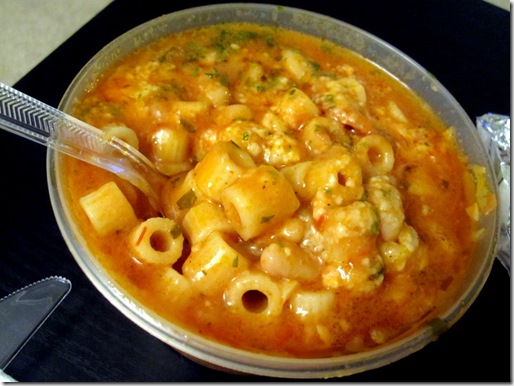 I actually probably could have finished off the rest of the pasta fagioli no prob; however, I didn’t want to make myself uncomfortable, aaaaaand I have to make sure to save room for a little dessert later on… 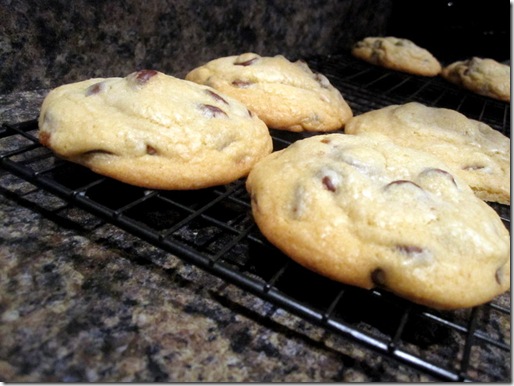 I’ll share the deets tomorrow, but for now, hubby and I are off to go watch a movie. We picked up The Social Network earlier, which I’ve been dying to see since it came out. Hopefully it lives up to my expectations!

Soooo, I’ll catch ya’ll on the flip side!

« Was It YOU??
Chocolate Chip Cookie Cups with Almond Buttercream Frosting »