Busy and productive…that’s the name of the game over here today!

I spent the entire morning catching up on work from the weekend, including some freelance work, a few client training plans, some cleaning, and some bill-paying.

After a few hours, I took a much-needed break from the computer and squeezed in two other things that were on my agenda for the morning: a workout and some baking. 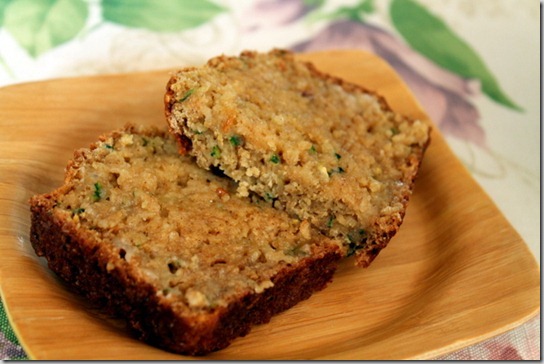 So, so excited about this stuff.

While my bread cooked, I headed down to the basement, completed about 30 minutes of cardio on the treadmill, then came back up for some ab work. By the time I was finished, my bread only had about five minutes left. Perfect timing.

Once the bread was out of the oven, I showered up and put together a little lunch. 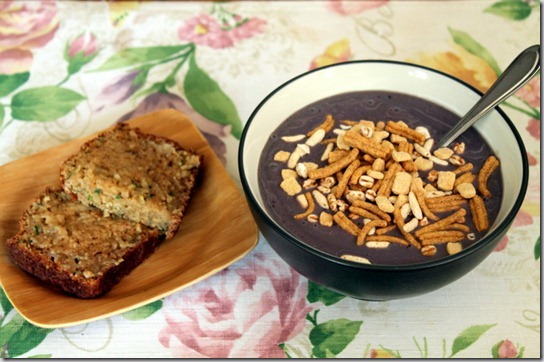 It’s a hot one out there today, so the thought of a cool, creamy smoothie sounded super appealing. I remembered that I had some frozen cherries in the freezer, so I used those to make what has to be one of the best smoothie bowls to ever come out of my kitchen…the Cherry Almond Smoothie Bowl. 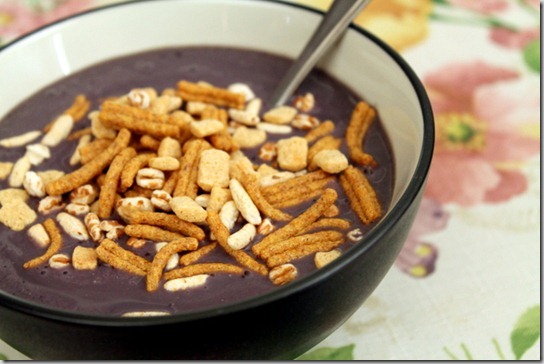 To make your own Cherry Almond Smoothie (Bowl), combine the following in your blender:

I topped my smoothie bowl with some Kashi Go Lean for a little added crunch and also snacked on a piece of my freshly baked Zucchini Oatmeal Bread. 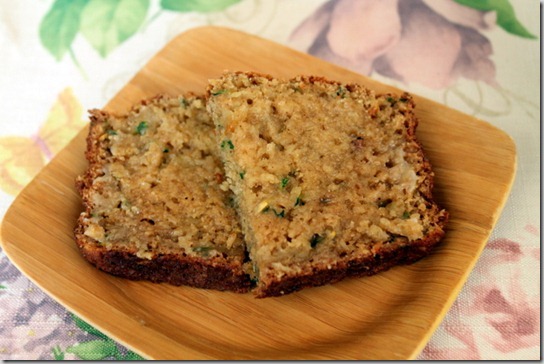 I actually had two pieces, but hey, who’s counting?

I got the recipe over the weekend from my friend Christina and it turned out even better than I expected. I’ll have to share with you guys soon!

And, since we’re on the topic, just in case you’ve missed some of my latest zucchini recipes, feel free to check out my latest post on the Fitness Magazine Fitterati Blog!

Time to get back to work…umm, this day is flyyyyying!

*FYI: I’ve been getting numerous emails from some of you saying that you’ve been experiencing some trouble when trying to view my latest posts. I had Ryan look into it today, and I think everything *should* be cleared up! So sorry if you were one of the ones having trouble!

« Cory and Topanga
Are My Plants Done? »