I can hardly believe that it’s actually the beginning of December. Not that I’m complaining at all! I love everything about December and the weeks leading up to Christmas. The festive music, the lights, the chipper moods of everyone (well, at least me! ;) ) the baked goodies, the parties, the dressing up…

Oh yes, SOMEbody else also enjoys dressing up! 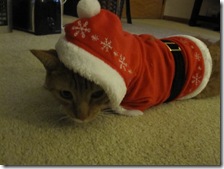 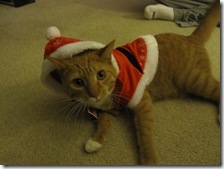 Actually, that’s a lie. He despises this outfit…but his Mom made him wear it anyways.

Adventure to the Gym…

So after a great day of work, I planned to continue the fun by FINALLY getting myself to a BodyPump class. It’s been wayyyy too long!

Well, unfortunately, I’m going to have to wait a little longer. Here’s how my “fun” afternoon went…

Me (fishing through my bag): “Sorry, just trying to find my keys.”

Apparently the gym had lost power and only gotten it back about 20 minutes before I arrived, so they decided to cancel classes. I think someone was trying to tell me I should have worked out at home today… ;)

But nonetheless, since I was there, I figured I should do something. Luckily, I found ONE empty treadmill and may have knocked over about 5 people trying to “discreetly sprint” to get it. And victorious I was!

I ran 3 miles on the treadmill in just under 28 minutes, followed by another 25 minutes of walking at varying inclines between 7-10%. It may not have been BodyPump, but it left me pretty pumped up!

Another delicious morning meal was devoured at work today! 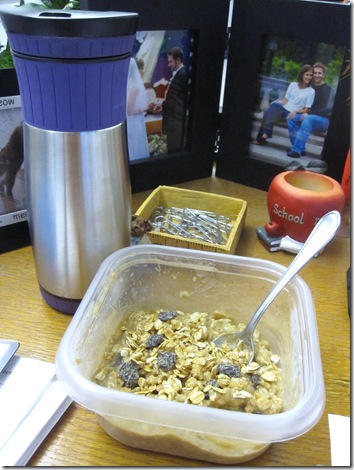 I love oatmeal. Have I ever mentioned that to you before? ;) 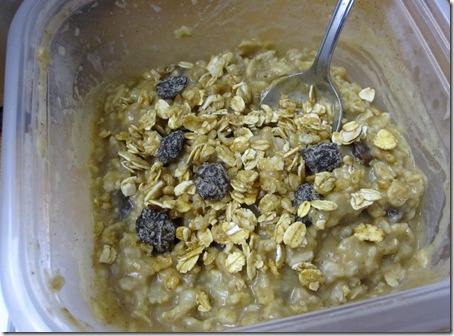 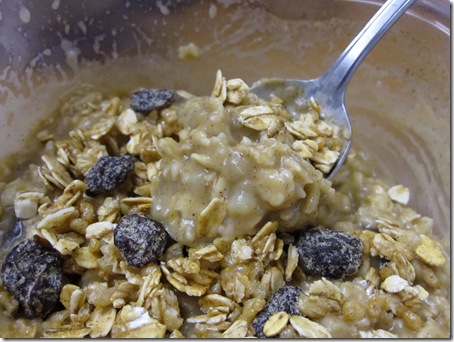 Today’s lunch was basically a repeat of Monday’s, so I spare you all the monotonous photos. :)

Jay and a friend of his are working hard in the kitchen tonight, so since I didn’t want to get in their way at all, I figured it would be a good night to order some pizza. Like I really need an excuse to order pizza anyways??

I got our goods from a new place tonight after getting a some recommendations from many of my co-workers about the fabulous pizza from Testo’s. On Wednesdays, Testo’s has an $8.00 pizza special – SCORE! :-D I, of course, still had to get half the pizza with peppers and onions. 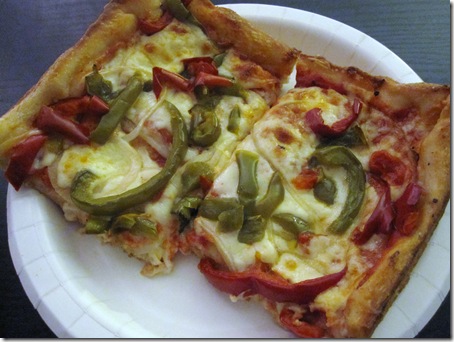 The pizza was quite tasty! I wouldn’t say it was as good as my favorite local joint, but it was definitely worth it…plus it had lots of sauce, which I loooove. :-P

To make sure I didn’t go nuts on the pizza, I also ordered myself a side salad. I took off the cheese and the olives, and probably had about 3/4 of it. It was okay. 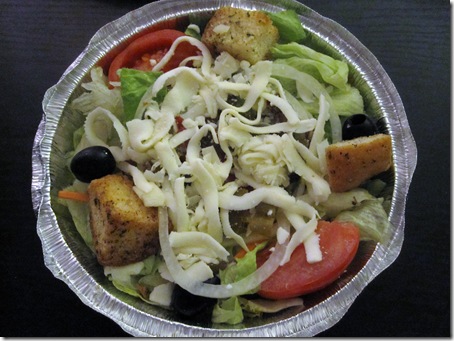 But I didn’t mind, since the pizza was enough to keep me happy. :) 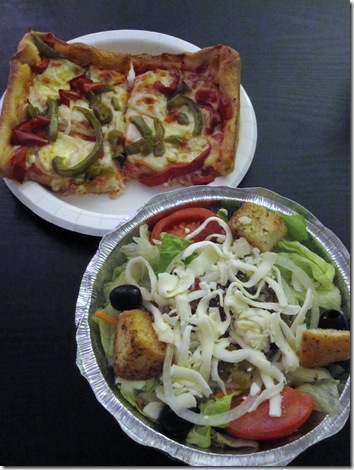 I’m pretty sure I foresee some nice warm hot chocolate this evening while curling up on the couch watching Modern Family. Ahhhh yes, that’s definitely the plan!

What’s your favorite part of December??

« I Hoard Gourmet English Muffins…So What?
An “Udderly” Important Message! »