Aaaaaand the Giants win!!!!! Who were YOU routing for last night??

I had a few of you asking who I’d be routing for, seeing as though my Jets were definitely NOT partaking in any victories, but I was definitely routing for the Giants all the way. I actually think the only thing better than seeing the Giants win was seeing the Patriots LOSE. Bahaha.

Either way, it was a great game, and Jay and I were in great company with a few of our good friends over at the house. Oh yeah…and did I mention the amount of delicious food? Oh my. It was pretty incredible. Here’s a look at the spread… 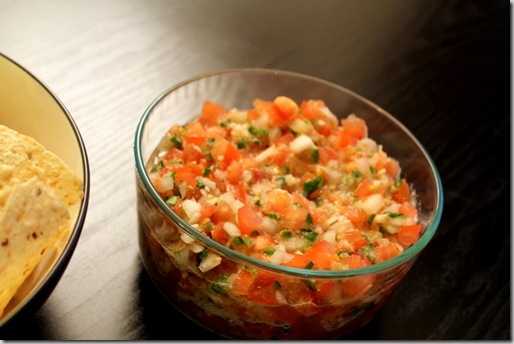 (not sure on a recipe, but if I find out, are you guys interested?) 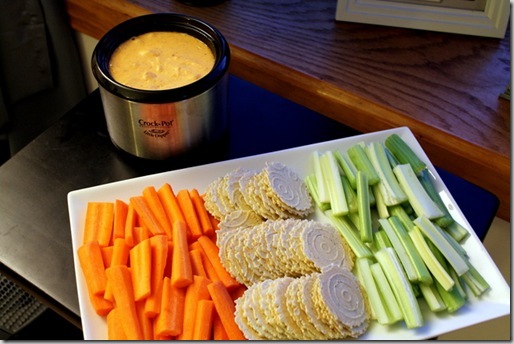 I used Liz’s recipe for NaCHO Cheese Dip, but put my own little spin on it by adding in about 4-5 tablespoons of Sam Adams Octoberfest. 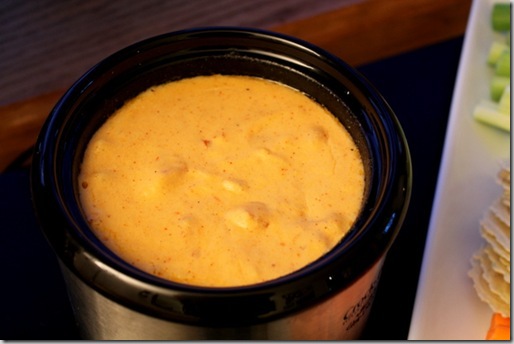 I’m so glad we had a few of these left lying around in the fridge. Of course, I made sure to finish off the rest of it myself. 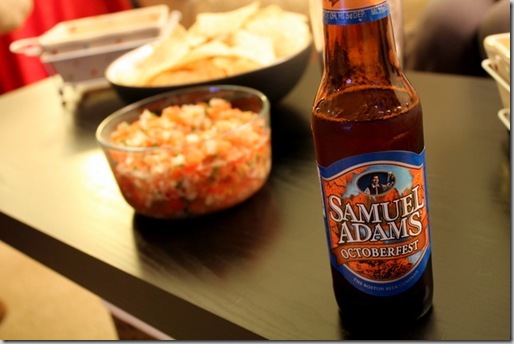 Alright, so what else did we have? Well, I cooked up Sarah’s recipe for Skinny Buffalo Chicken Dip, but ended up making quite a few alterations of my own. If I get my act together, I’ll try to share it with you guys sometime soon. 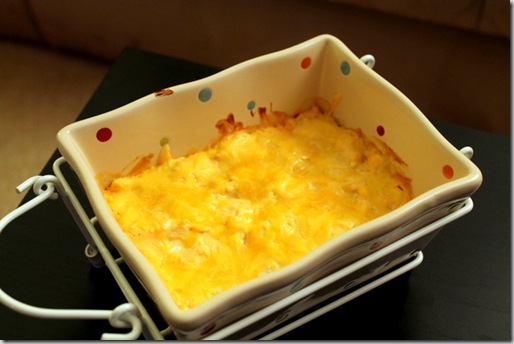 Let’s just say there was a lot of this that went into my belly last night.

The fun didn’t stop there though my friends. Oh no… 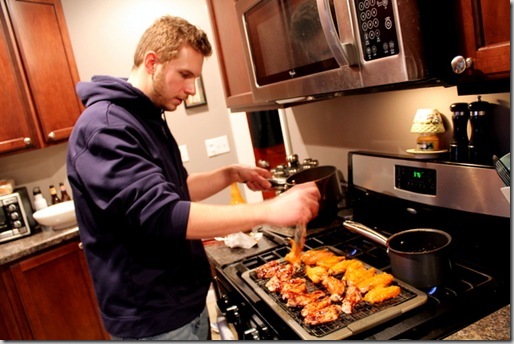 Jay continued his handy work in the kitchen and baked up a couple batches of chicken wings: one honey barbecue, and one basted with some sort of Frank’s Red Hot glaze. 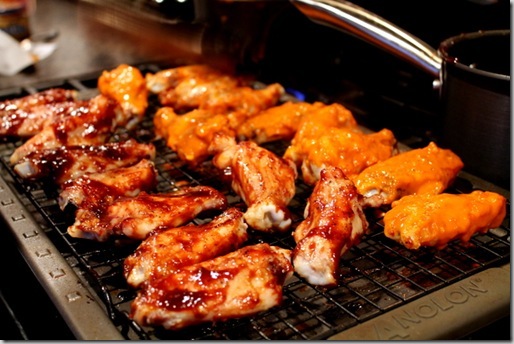 The boys all said these were awesome, so I had to snag a bite of the honey barbecue one. They weren’t kidding…those bad boys were pretty tasty. 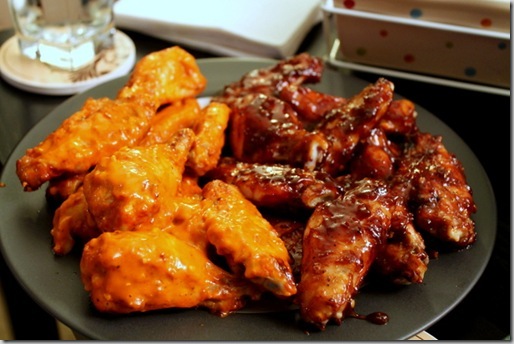 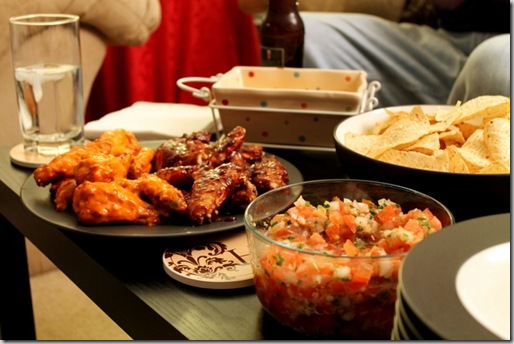 As if there wasn’t already enough food, I also whipped up a batch of Lauren’s Loaded Potato Bites. One word…amazing. 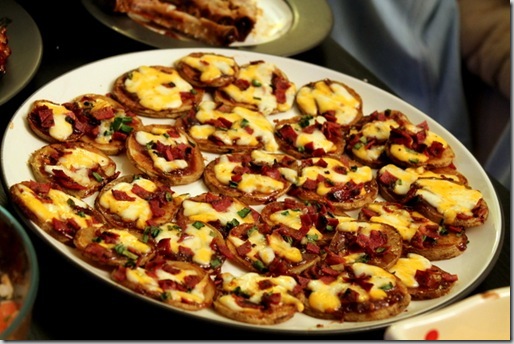 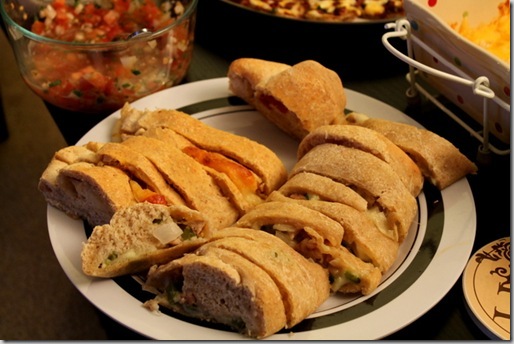 You’d think we’d not eaten for days with this spread, wouldn’t ya? Gosh almighty! 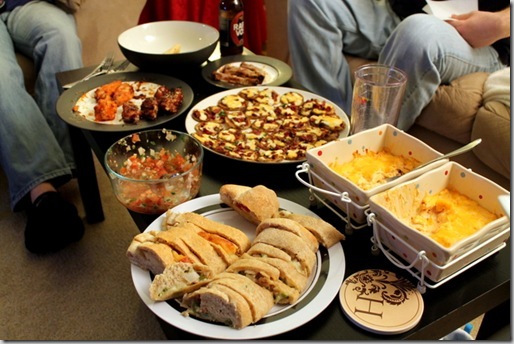 But even still, there was one last item to add to the spread…

I mean, c’mon, you can’t have a party with SOME sort of dessert, right? Rachel also made a batch of festively decorated Funfetti cupcakes, which just so happen to be my favorite boxed cake mix EVER. I totally ended the night with one… 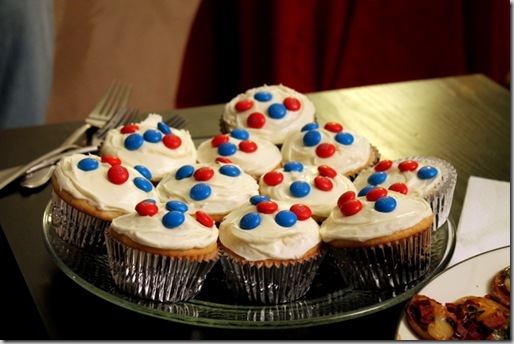 …aaaand maybe the frosting off another. I really was doing fairly good up until that point, but then it went downhill.

Cody even gave me the evil eye. 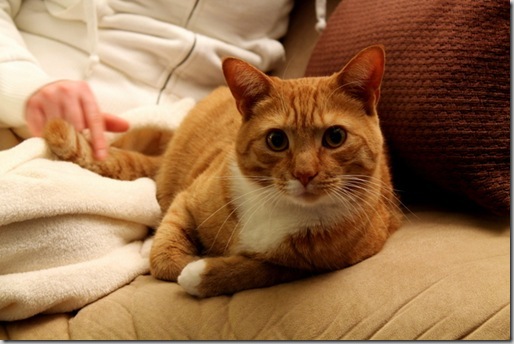 This morning I am running on not nearly enough sleep, thanks to a late night and a super early morning (yes, I’ve been working since 5:00am) so the possibility of a nap upon my arrival at home is very, very possible.

So hey, I hope everyone had a great weekend and had a great time watching the game and/or doing whatever else you had going on instead. I’ve still got a few things I need to catch you guys up on from my weekend, but here’s some of what you may have missed…

I’ll catch up with you all a little later after I’m hopefully somehow able to get in a workout AND a nap. Now if I could juuuuust figure out how to do them at the same time…