Okay, so the trainer workout I did today was no joke. But I’ll get to that in a second.

I have good news and bad news…which really only applies to me and what I mentioned this morning, so no worries, friends.

The bad news is that I have yet to get in a nap and at this point, probably won’t even bother. I’m actually not feeling *too* tired, so I’m going with it.

The good news is that I got in one of the most crazy-awesome workouts this morning from one of the other trainers while at work. Yeah, pretty awesome, right? Basically, the person I’ve been working with at the gym thought it’d be a good idea for me to try working out at least once with all of the different trainers, just to get a sense for their different training styles. I was definitely game, so this morning when I said that I wanted a “killer workout,” well…this particular trainer took it quite literally.

I ended up doing moves that I’ve never pushed myself to do, and the burn that was happening was out.of.control. Here’s a peek at what it looked like: 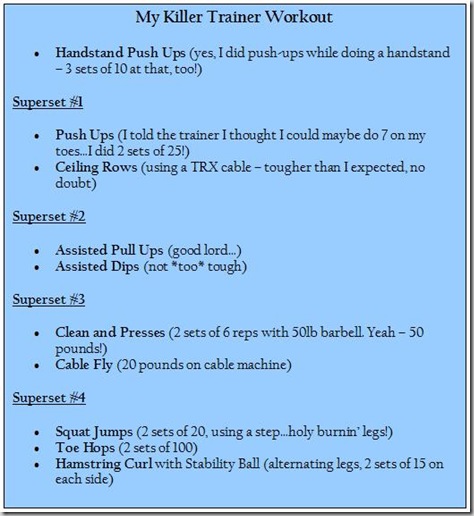 After all of that, we then finished up with a 5-move ab circuit, and by the time I was done, I was DONE. I couldn’t believe I made it through the whole workout, and by the end, my body felt like Jell-O. Especially my arms…WOW. But I bet it’s no surprise…I loved every minute of it!

By the time my shift at work was over, I headed home to make some breakfast (I snacked on the same first two snacks as last week during my shift), so I was definitely starving. 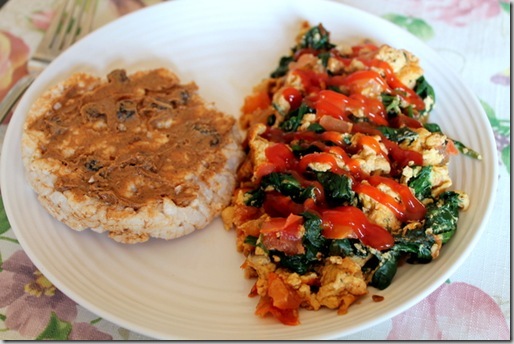 I put together a big veggie scramble, made with two eggs, 3 big handfuls of spinach, tomatoes, and red onion. 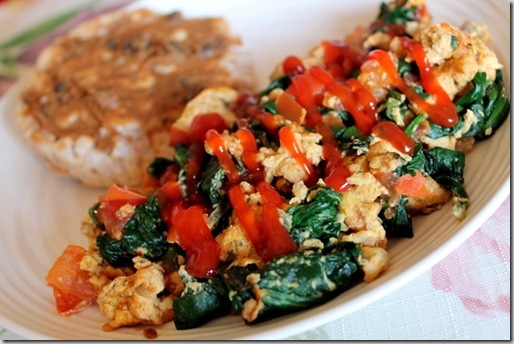 For a little sweetness, I had a rice cake topped with cinnamon swirl peanut butter on the side. 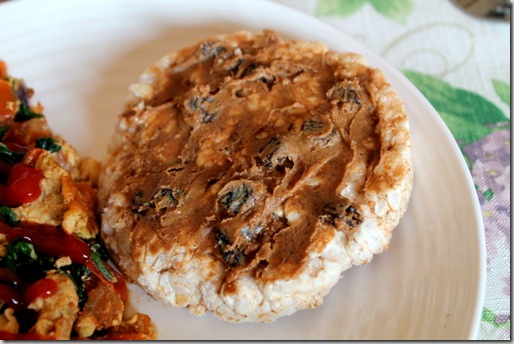 I couldn’t dig into this plate fast enough. It tasted SO good!

Lunch was another salad, which is nothing you guys haven’t seen before. I didn’t bother with any extra photos, but it was actually the same exact salad as this one, and it was quite delish.

I realized that I also forgot to fill you guys in on my shoe shopping adventure from this weekend. Guess what? I actually found some new sneakers! 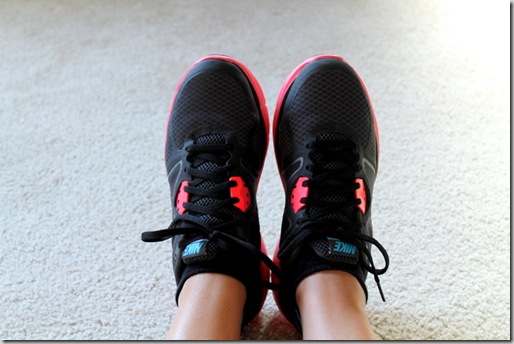 And guess what…I ended up buying running shoes instead of cross trainers. Go figure? Actually, I was really in need of new running sneakers too, and my parents ended up getting me a gift card to Fleet Feet for my birthday, so I decided to put it to use. I ended up with a pair of Nike Lunarglide+ 3 which, so far, have proven to be very comfortable. 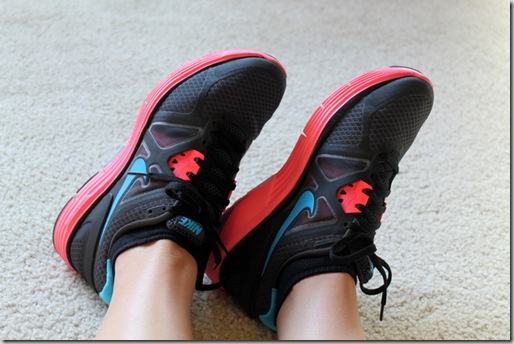 I wore them to work all day today and tested them out with my Pyramid Treadmill Run yesterday, and I am loving them! 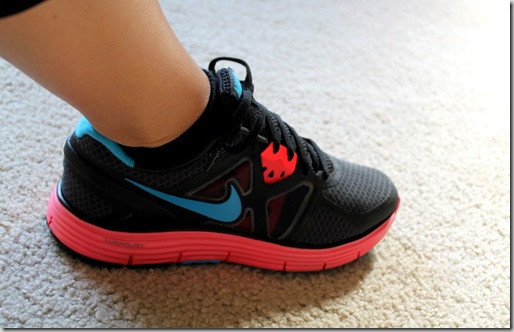 Not to mention the fact that they’re pretty sweet lookin’ too.

I can’t even believe it’s already 3:00pm; I still have errands to run. Ahh…gotta jet!

When’s the last time you really, truly pushed yourself?

« The Incredible Super Bowl Spread
Who Runs This House? »