Almost a week and a half later, and I think we’re finally done with all of the birthday celebrations around here for now! Between Lucas’s birthday and Jay’s birthday, it makes for a rather celebratory week, and things finished up this weekend with Lucas’s birthday party with all of his closest buddies.

This was the first year that Lucas actually had a birthday party with HIS friends (rather than what’s more like a party with all of our adult friends who also have kids that Lucas plays with, if that makes sense??). I asked Lucas a while back what he wanted to do for his birthday, and was thrilled when he said a bowling party. No prep for me, no need to worry about the weather, and no clean up? SOLD. 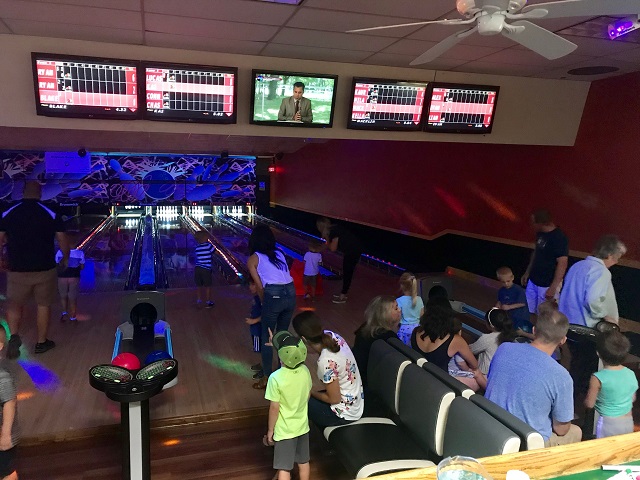 The kids had a great time bowling for a bit, followed up by some pizza and cake afterwards. 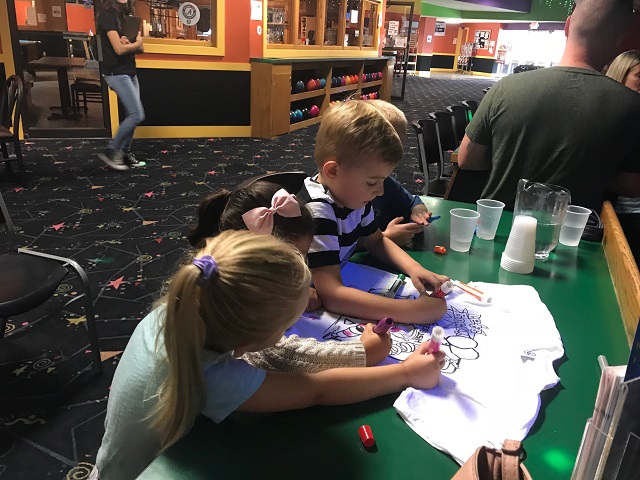 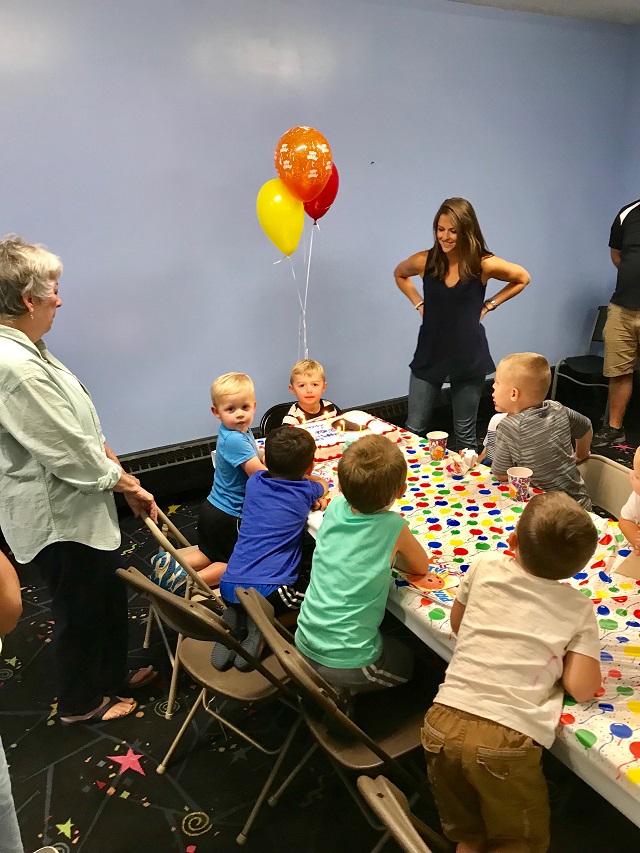 As per usual, I ordered another cake from Hannaford (the second cake in a week, ha!) because they are seriously just SO good, and I’m sort of over paying way too much money for cakes that don’t even taste as great. We go with the Traditional buttercream frosting, just in case any of you out there want to take my word for it. I promise, they’re amazing. 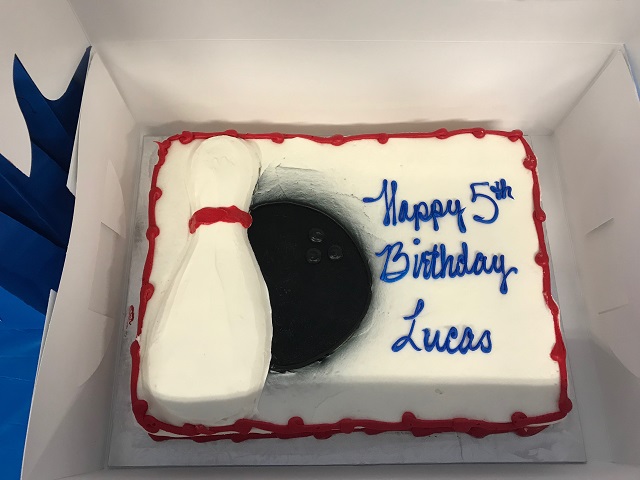 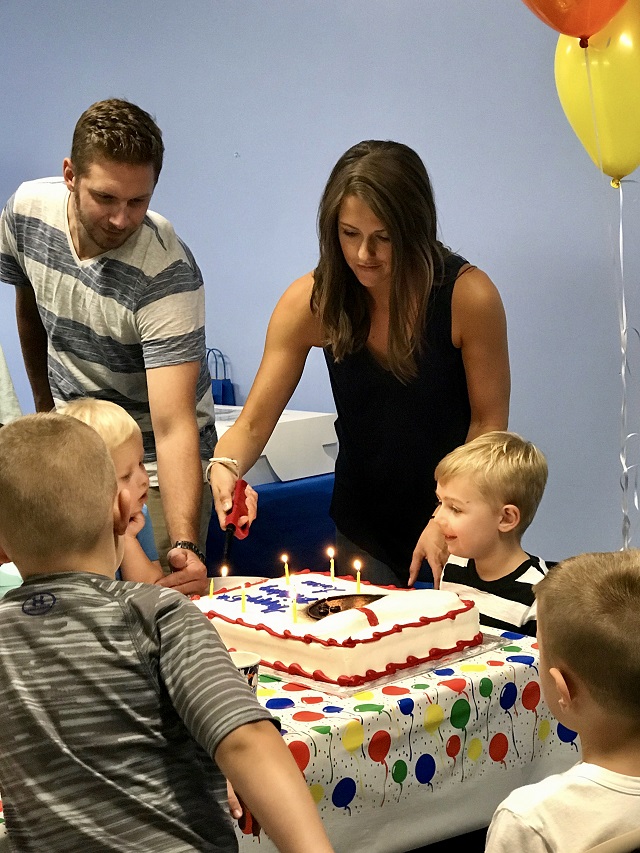 I also wound up ordering some cute bowling-themed sugar cookies from a local woman who does them out of her home. I’d heard rave reviews, and she definitely did not disappoint. How cute are they?! 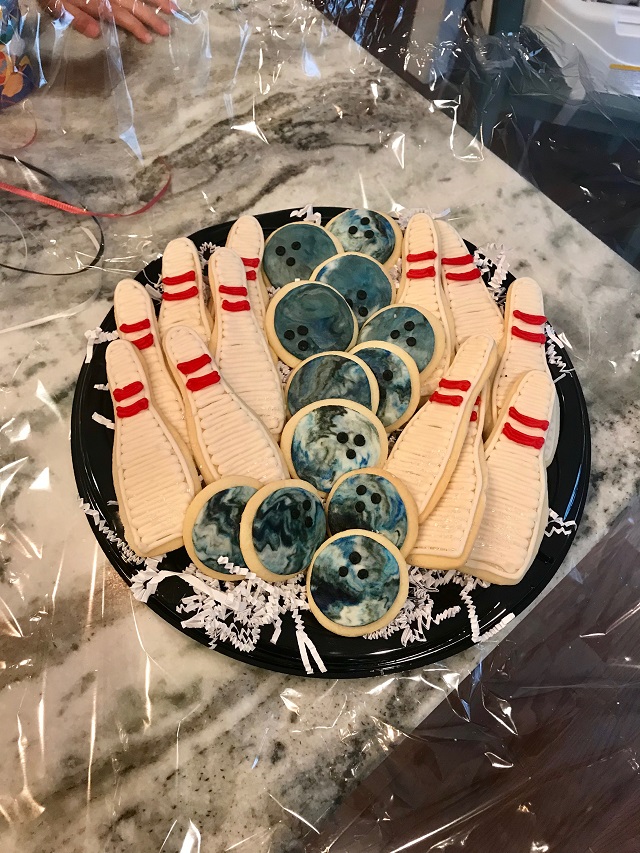 After a busy morning of celebrating, we left the boys with my parents Saturday evening so Jay and I could get out for a little parents’ night out. 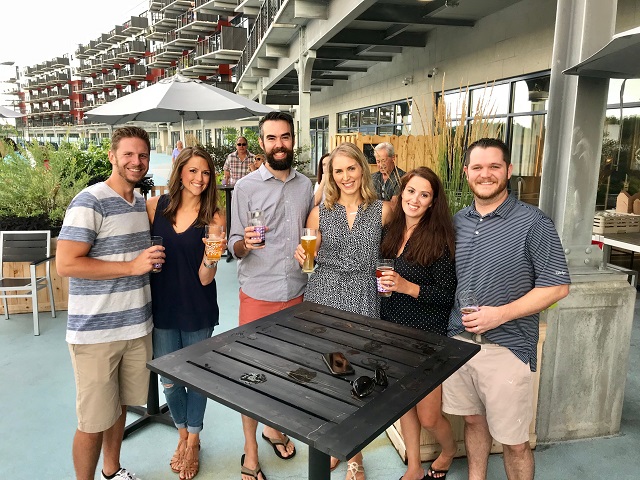 We met up with a few of our cousins/friends (which I’m sure are all familiar faces for you long time readers by now!) at the newest location for Druther’s in Schenectady. It’s no secret I’m in love with Druther’s (or, rather, with their Dare beer and beer cheese pretzel dip…) and this location did not disappoint.

I ordered the beet salad with grilled chicken (each location has a different menu), which came with all sorts of deliciousness like pickled and roasted beets, mango salsa, pine nuts, feta, and an incredible raspberry vinaigrette. 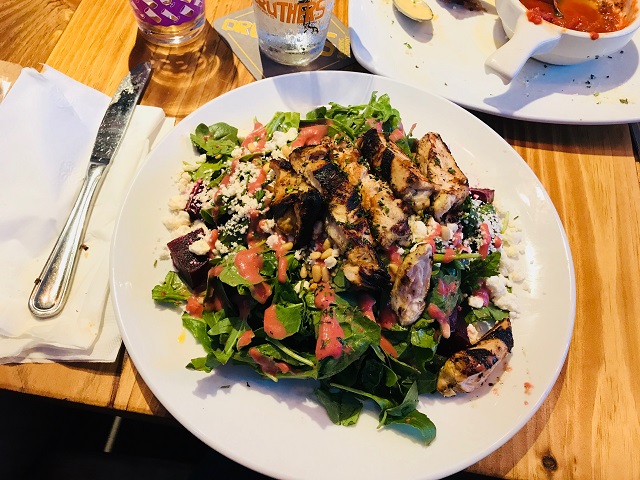 I polished off the entire thing, no problem.

Sunday was a HOT one, and finally dry (we had a few rather rainy days last week/early weekend) so we enjoyed a mix of time outside in the pool AND in the comfort of air conditioning. 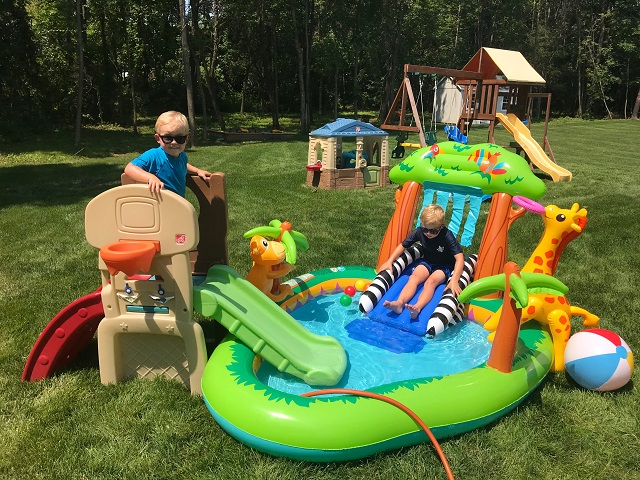 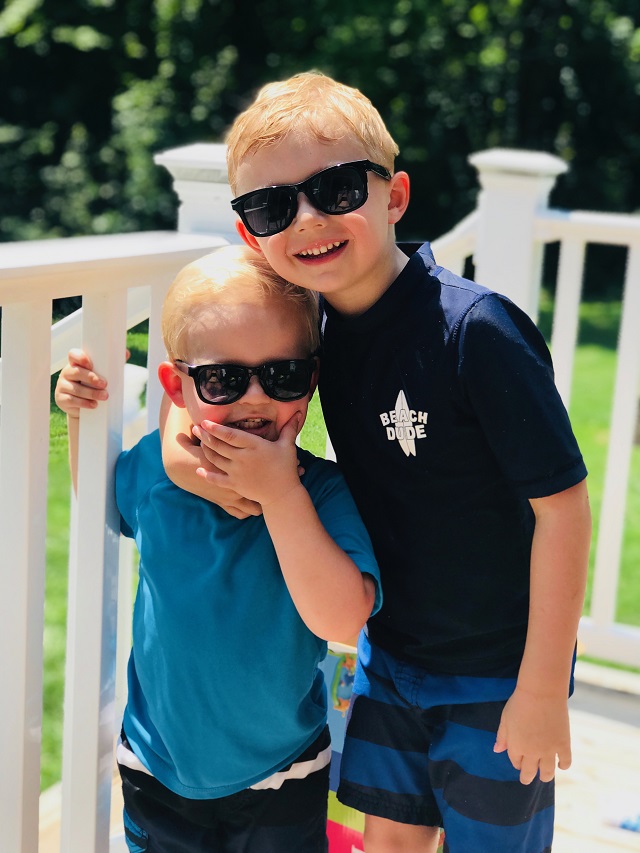 We actually had to go and buy another new pool, since our last one had a hole in it, so we grabbed THIS ONE from Target since it was slim pickins’. The boys loved it, but unfortunately, it appeared to have a hole in it right from the get go so we ended up having to return it. Major bummer. So we’re now waiting for THIS ONE to arrive from Amazon. Here’s hoping that one will last us at least through the rest of this season.