Before anything else, I first wanted to say thanks to all of you guys on the feedback from last night’s post about my 2011 goals. It’s always fun to do a little bit of reflection, isn’t it? Even better when some of those reflections are positive ones!

NOW, I need to skip right to today’s breakfast because it’s too awesome to hold out on any longer. Yesterday, I asked you guys to help me decide which Real Simple recipe I should test out today, and it turned out that the most popular choice was… 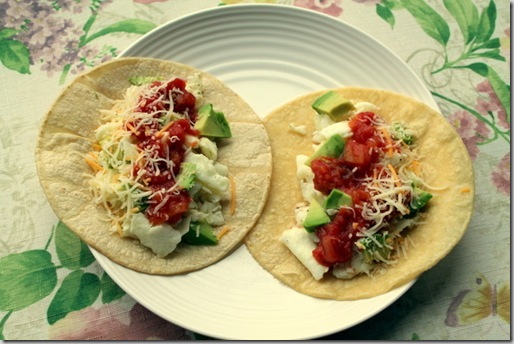 All I can say is…thank goodness you guys chose this recipe because it completely exceeded my expectations. WOW! 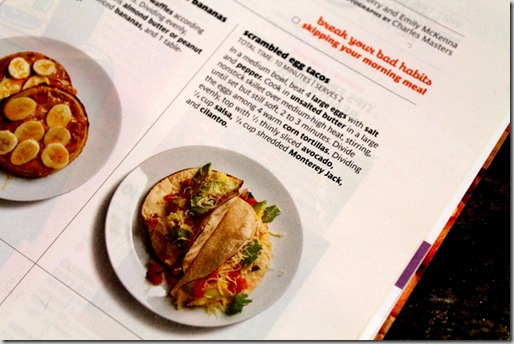 I only made  a few minor adjustments to today’s recipe… 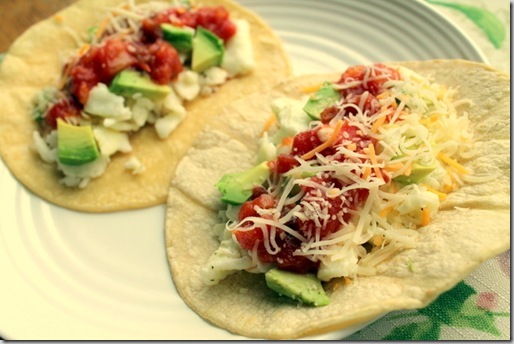 I typically like SOME sort of sweetness in my breakfast (hence the jam on my egg sandwiches) and believe it or not, I was still able to squeeze in a teeny bit today in the form of my salsa. Newman’s Own Pineapple Salsa is the bees knees, folks. Slightly spicy with a hint of sweet and a ton of flavor. It’s the best. 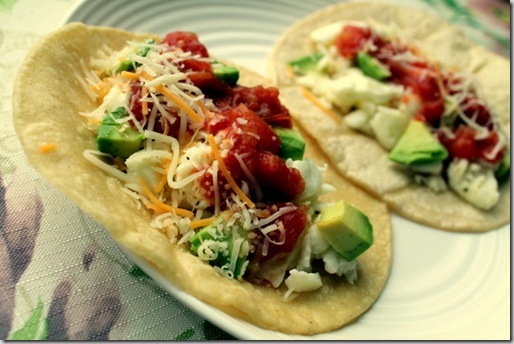 And even better yet, I know this recipe may look like it would take a while to make but honestly? It only took me six minutes. Six minutes! And before I knew it, I had a healthy, delicious breakfast ready and waiting. 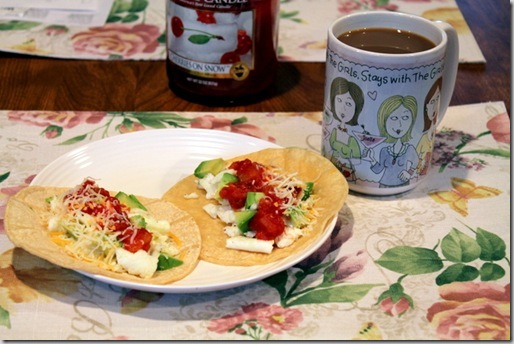 You may, however, want to add in an extra minute or two for cleanup… 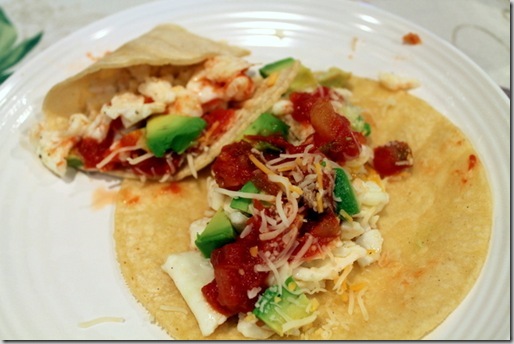 They got a little bit messy, but were worth every last dribble. Now I’ve got to figure out which new recipe to try tomorrow, but I’m not gonna lie…I really want this one again.

I haven’t gotten a chance to get a workout in yet today, since I had a little bit different of a morning than usual, so I’m hoping I’ll be able to figure something out for later. If not, no big deal.

Gotta run, BUT, I do have something to fill you all in on later today…

Are there any goals you set for yourself in 2011 that you are proud of accomplishing? Any that you still need to work on?

Scrambled Egg Tacos…YAY or NAY for your breakfast?