When it comes to me taking photographs of my food at dinner, I’d have to say that Jay’s reaction (at this point) is usually about 80% used to it, but 100% impatient about it.

I’ve told him from the beginning that he doesn’t have to wait for me to start eating, but if he does decide to dig in right away, he’s usually almost done by the time I’m taking my first few bites. He eats fast…I eat slow.

So when we’re having a dinner where we actually sit down together, I try my best to grab a few shots of the goods and get on with it. Last night, however, hubby was very adamant that I take a few extra pictures of his handy work. 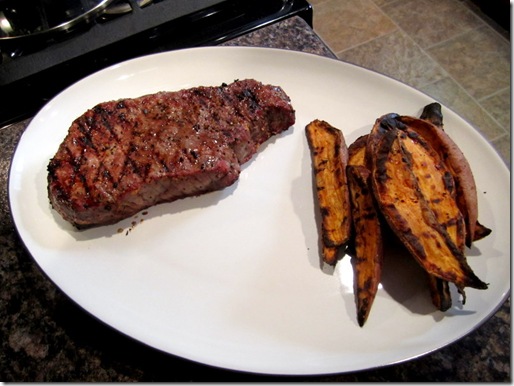 I think he was rather proud. 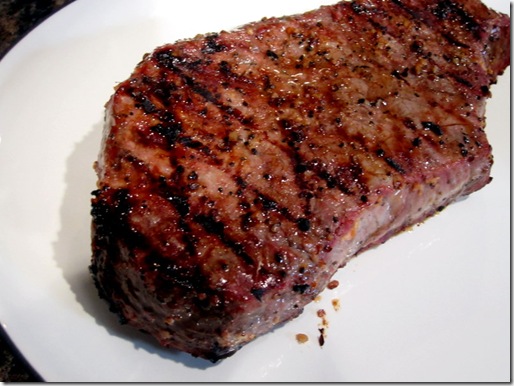 As you guys probably already know, I have a rule about red meat in the house: I will eat it…but I won’t cook it.

I’m really not opposed to it, and actually enjoy a nice cut of lean red meat every once in a while, but Jay knows that if he wants to eat it, he’s the one gettin’ down and dirty at the grill.

Last night, he marinated and grilled a nice, lean cut of london broil, along with some sweet potato fries cooked on the grill as well. My only job? Boil the corn on the cob. 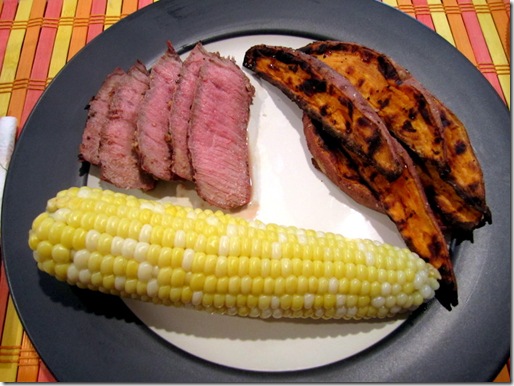 I liked that job. And I really liked last night’s dinner. Hubby is quite the rock star grill master.

This morning, I had yet another appointment to take car of my car (alignment today) so I brought my iced coffee to enjoy on the car ride. 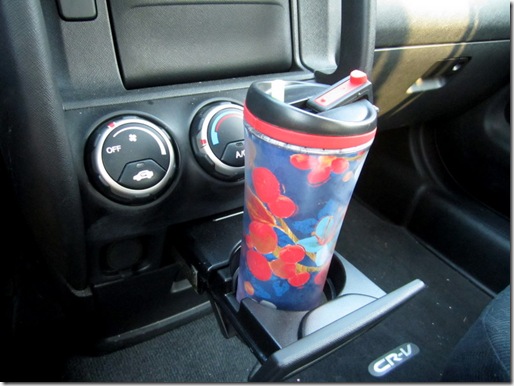 Once I got back, I was more than ready to dig in to some breakfast…and another new bag of Love Grown Foods granola! I’m happy to say that the Sweet Cranberry Pecan flavor is just as good, if not better, than the last flavor I just finished off. 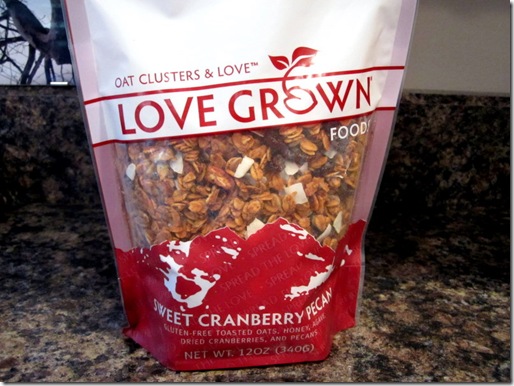 AND, it works pretty awesome as a topping for a buckwheat bowl, too. 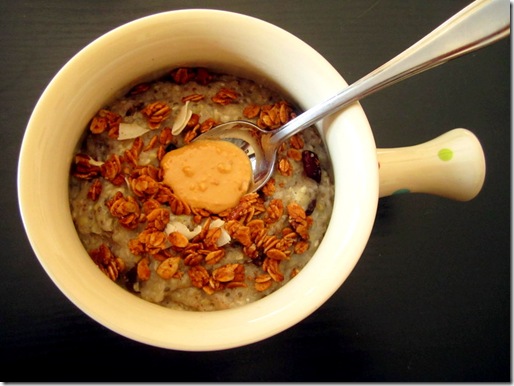 Today’s batch was just my basic buckwheat bowl, which was then topped with some of the granola goodness + a small scoop of Blizzard Butter. 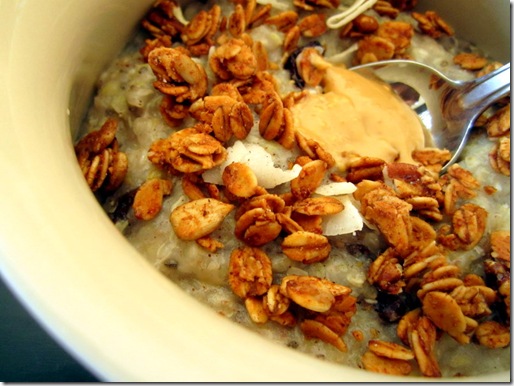 It’s been way too long since I last enjoyed a buckwheat bowl…it was delicious. 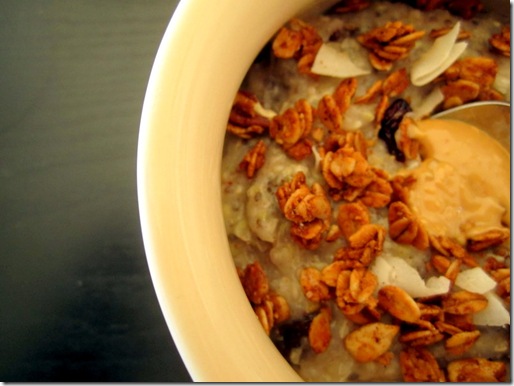 So far, no workout has been done today, and I honestly don’t know if I feel like doing one at all. I’m still ridiculously sore from Monday, so maybe today will end up being an impromptu rest day. We’ll see!

But now…it’s time for some questions!