And the fun just kept on comin’!

After a busy and fun-filled morning yesterday, we met up with our friends Joe & Kate later in the afternoon to catch an afternoon showing of The Dark Night Rises. I honestly didn’t love the movie as much as I was hoping (I’ve seen all of them…Batman was a big deal in my house growing up, thanks to my brother), however…the ending was fantaaaaaastic!

By the time our movie got out (it was almost a three hour movie?!) we were all pretty hungry, so we headed to snag a spot on the patio at The Van Dyke in downtown Schenectady. 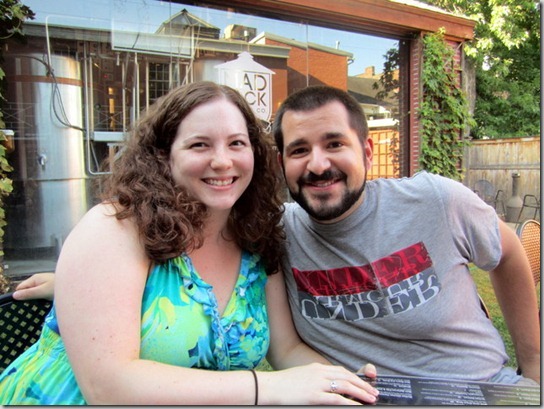 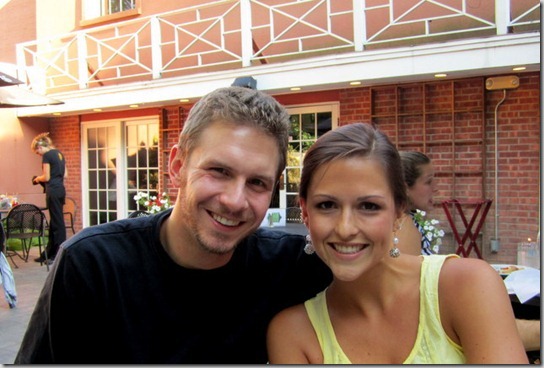 Jay and I don’t really get out to Schenectady all that much (well, besides here), so we were excited to try out a new spot. As soon as we sat down, we also discovered a fun little tid bit of information…the Van Dyck has their own brewery on the premises! 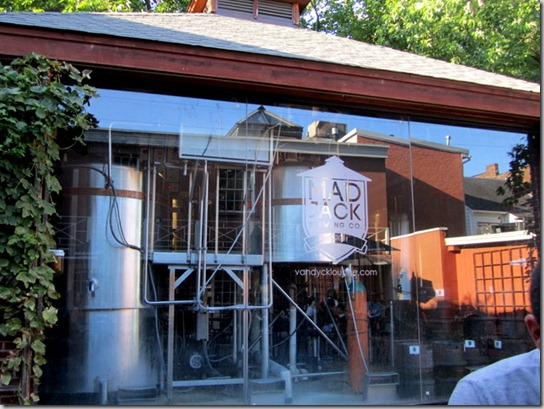 I started checking over the list of beers on tap, but I was having the toughest time trying to decide what the heck I wanted. I asked the waitress, on a whim, if they happened to offer beer samplers (kind of like the fun one I had in Boulder), and it turns out that they did. Score! 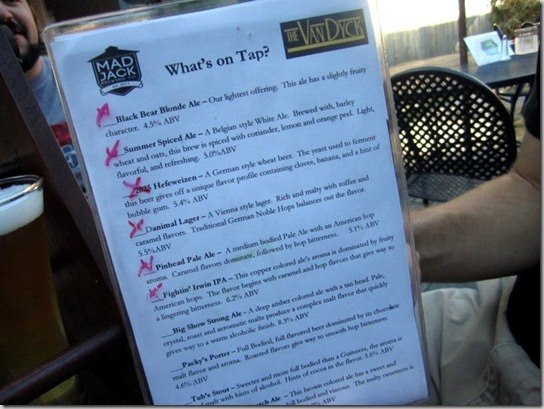 Jay and I decided to share a beer sampler, and we were able to choose six different beers to try. I ended up choosing the first three on the menu – two ales and a hefeweizen – and Jay chose the other three, including a lager, an ale, and an IPA. 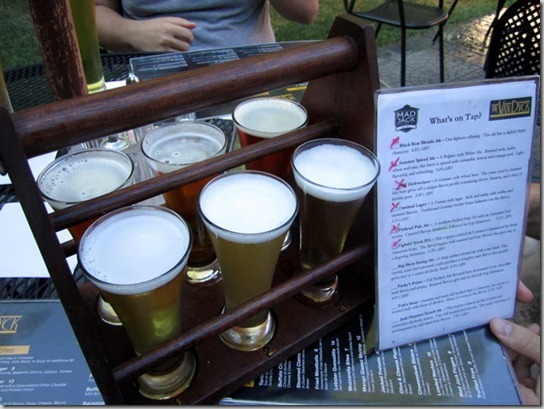 I tried all six of them, but I most definitely liked the three that I initially chose the best. The hefeweizen actually made me think of fall (note to self!), but the other two were great. The Black Bear Blonde Ale (pictured below on the left) was definitely my favorite of them all. 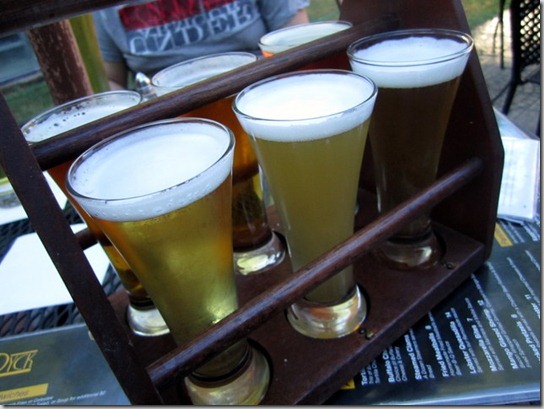 So not only did The Van Dyke have a fun beer menu…they also had a killer menu. 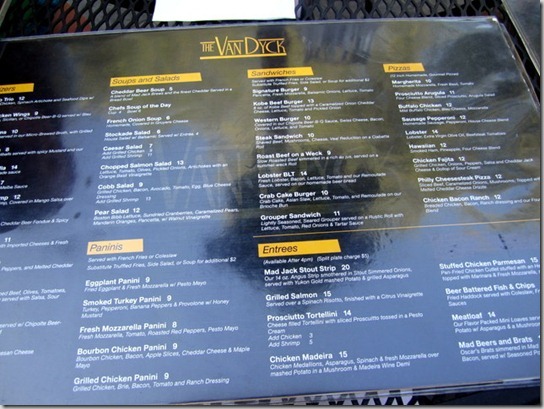 While the four of us were working on figuring out our dinner choices, we decided to order the tortilla dip trio to share amongst the table…a trio of Buffalo Chicken, Spinach Artichoke and Seafood Dip, served with tortilla chips. 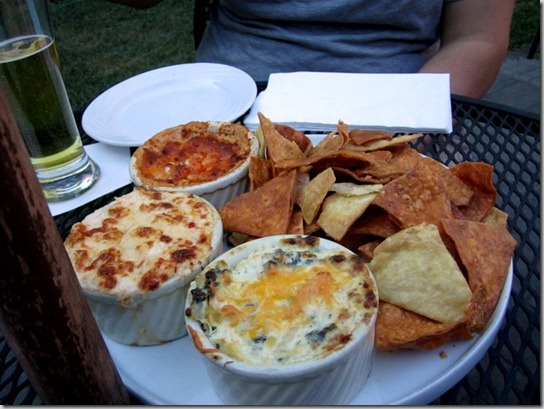 Ummm…WOW. All three dips were delicious, as well as the chips. I tried my best to go easy on them, knowing I still had a dinner headed my way, and it’s probably a good thing that they were farthest away from me on the table.

For dinner, I decided to order the Bourbon Chicken Panini, made with a bourbon chicken breast, bacon, apple slices, cheddar, and maple mayo on Italian bread. 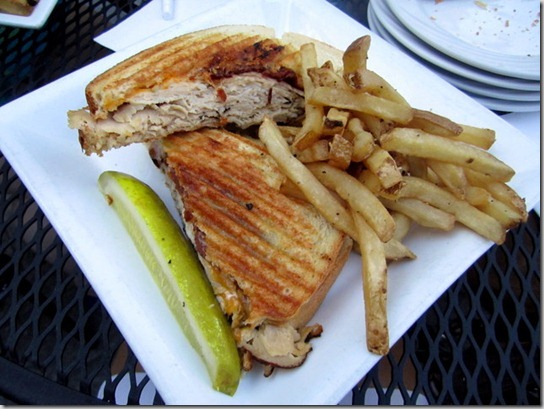 At first, I wasn’t expecting sliced chicken, but the sandwich was incredible. So many different flavors rolled in to one! It was a pretty big sandwich, I ended up getting half of it wrapped up…which I’m sure Jay will enjoy for lunch later today. 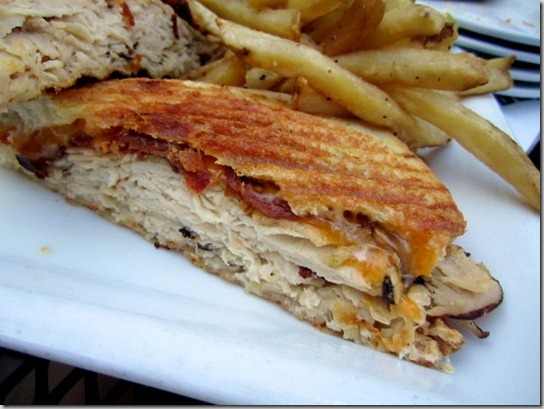 After dinner, the four of us ended up stopping for some ice cream (hmm, not sure whose idea that was?!?) and after that, headed back to Joe & Kate’s house for a game night. 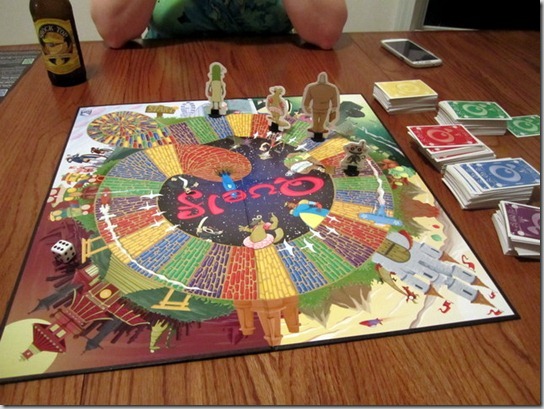 We ended up playing Quelf…has anyone else ever played this game before? Oh man…it’s downright funny. 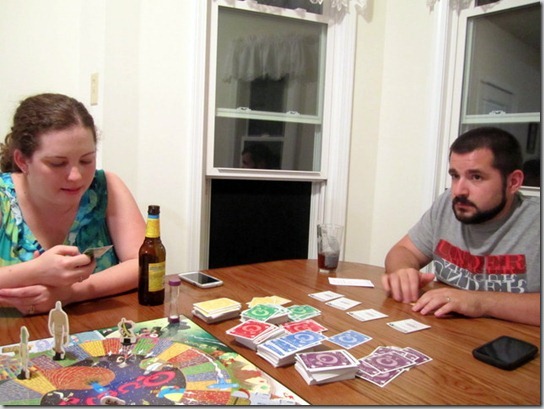 Basically, there’s lots of animation (at one point, I had to act out a scene of me as a cowboy riding an ostrich and shouting about there being a beached whale nearby), some quiz cards, and some rules (err, “roolz”) cards. This was one of my “roolz” for the evening… 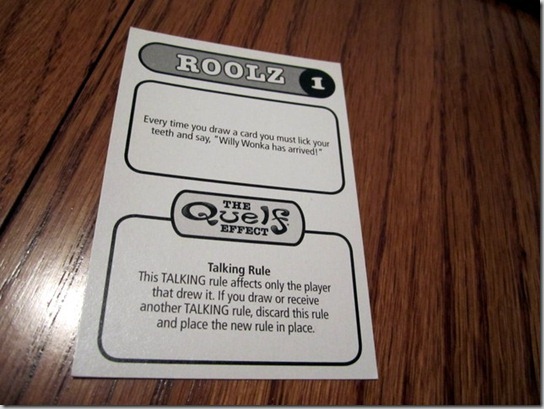 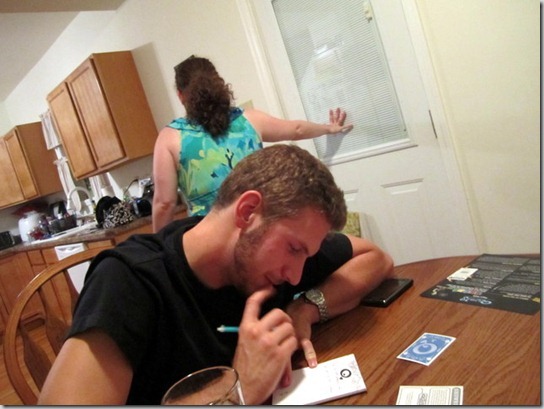 Aaaaand the boys even had to play Patty Cake. 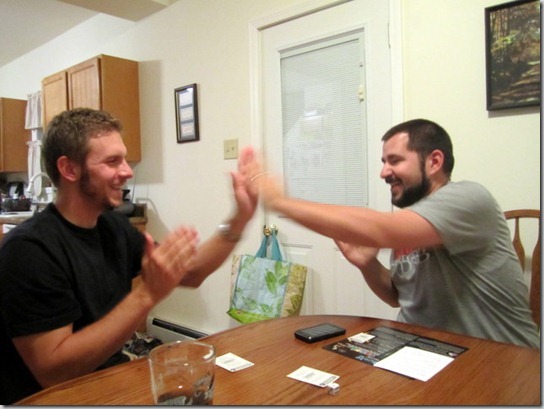 I’ve now decided that I definitely need to reinstate game night amongst our friends. They’re always such a good time!

This morning, I allowed myself to sleep in for a bit before getting up, checking out the garden (the zucchinis are making a comeback!) and then making some breakfast…which was really a no-brainer, thanks to yesterday’s purchase of fresh-baked bread at the Farmers Market. 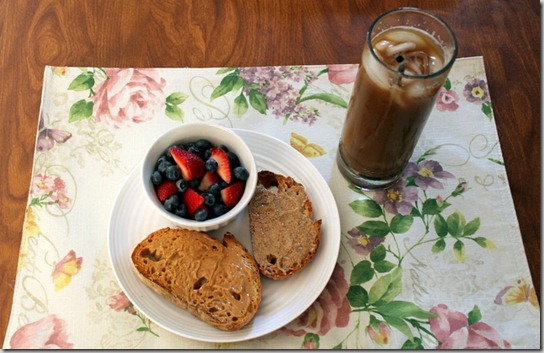 I toasted up a couple slices of bread and topped them with some almond and peanut butter. 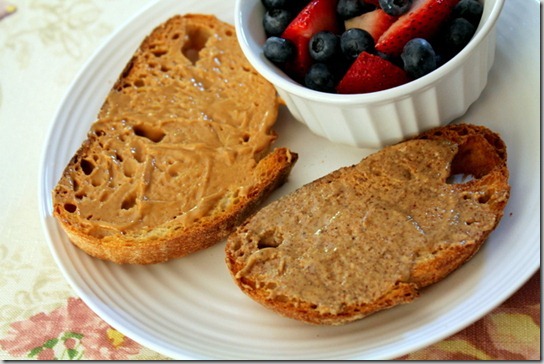 And for some color, and extra nutrients, added in a small bowl of berries. 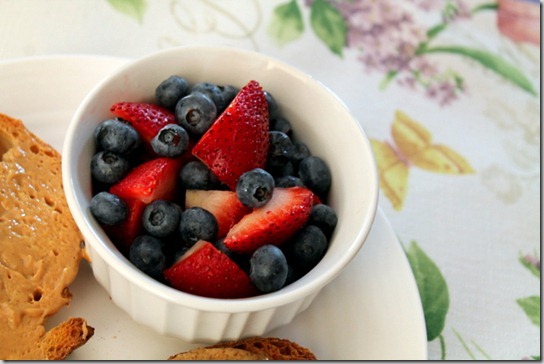 Now this morning, I’ve got a few training plans to work on before heading out to meet up with some of my favorite girls for lunch (I have a feeling after this weekend, I’ll really going to be looking forward to some more meals at home).