So last night was a wonderful evening – I got away from the computer and out of the house for a bit. Jay and I had to make a trip to the mall, so we headed out after eating a quick dinner of random leftovers from the fridge.

Now, it’s not very often that I can get hubster to go to the mall. Unless there’s something he needs (hence, our trip yesterday) I’ve pretty much just stopped asking him to go. I’ve decided I’d rather go by myself than listen to him complain.

But while we were there last night, for some reason, it totally brought me back to when we were younger. As teenagers in high school, going to the mall was one of “the” things to do (aka, one of the only things to do), so that’s where we’d be…pretty much every weekend. Usually after a dinner at TGIFridays, Pizzeria Uno, or Applebees. 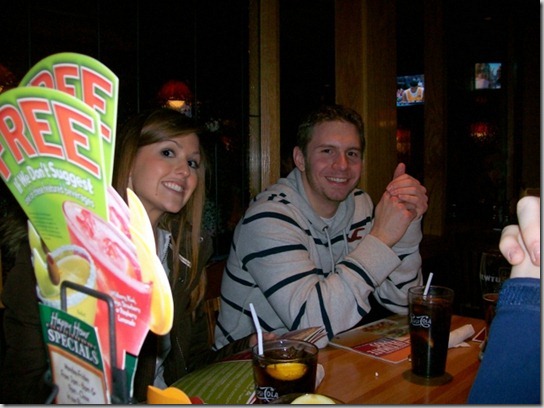 That isn’t high school…but it is Applebees, circa 2007

I love thinking back to those days…knowing just how long ago they were (over 10 years!!) and knowing that Jay was a part of them. Awwww, aren’t I just the little sapster this morning?

So after we were done at the mall last night, I was able to convince Jay to stop for some fro yo at another new-to-us place called Lemondrop. I had a Groupon, so he really couldn’t say no. Honestly? I think this is now my favorite fro yo spot. It was just sooooo good.

Conveniently enough, Lemondrop is located right next door to one of our other newest locations… 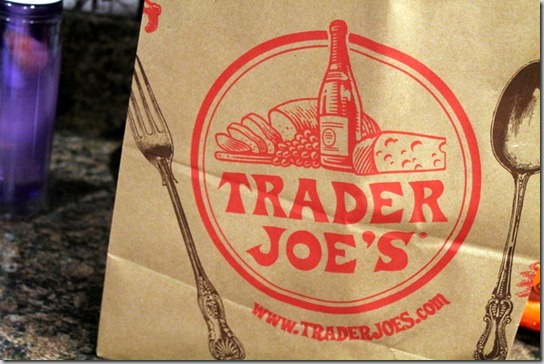 So we walked on over since Jay still hadn’t had a chance to check it out. (P.S. – going at 9pm on a Wednesday night is PERFECT). We picked up a couple odds and ends, including THIS. 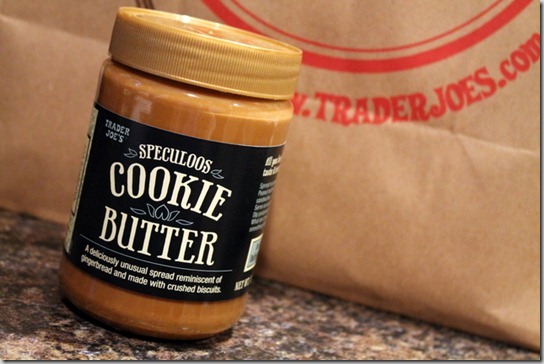 Ohhhh, I know I probably shouldn’t have. I’ve heard people rave about this stuff. I know it’s going to be dangerous…but…I can’t help it. I want to bake with it in a bad way.

So let’s fast-forward to this morning. I was up nice and early to attempt to get a head start on my day. I started by typing up and emailing out some client training plans, but about 10 minutes in, the power went out. Basically, the worst thing that could happen to me today…because not only did I still have seven more training plans to email out, but I also still have to frost four dozen cupcakes.

Rather than freak out, I decided to take care of a few things that didn’t require electricity, and as I started to do that, I was getting huuuungry. I really wanted oatmeal today, but I had no idea when the power would be back on, so I settled for a no-heat-required sweet breakfast quesadilla. 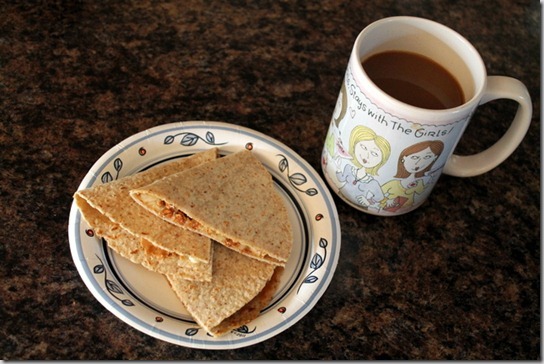 It wasn’t exactly oatmeal, but it was better than I expected. 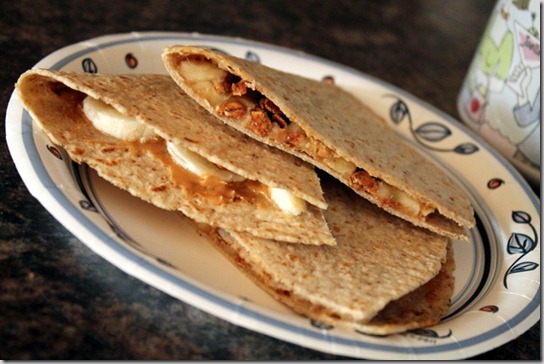 My coffee on the other hand? I thought it’d be okay since I managed to put the pot on before the power went out, but by the time I got to it…lukewarm. 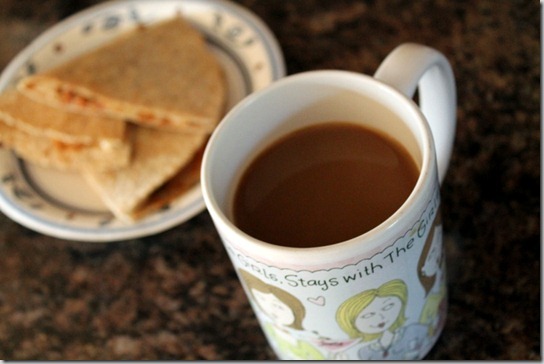 Of course, not five seconds after I came in to sit down to eat my breakfast… 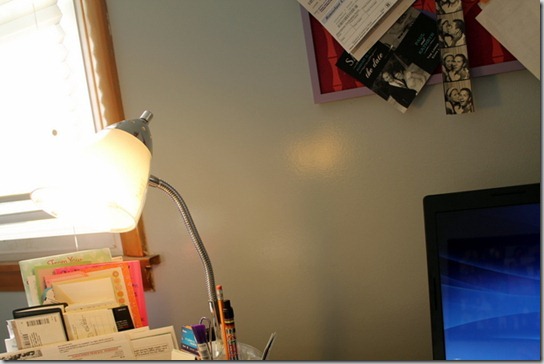 The power came back! Thank goodness. The first thing I did was warm up that coffee. The second thing I did (am doing?) is type up this post.

The next thing I’m going to do? Get workin’ on those cupcakes!

What were some of “the” things to do when you were growing up (either in high school, middle school, etc.)?