I don’t know about you guys, but I think I’d have to say that one of THE toughest things about returning from a vacation is getting back into a normal eating routine.

Before we left for Mexico, I was doing a fairly good job of following my nutrition plan and was feeling great. I was eating three small meals a day, with two or three snacks in between each of those meals.

However, once we arrived in Mexico, that all went out the window. I went from eating 5 or 6 small meals/snacks all day long, to three large meals with my only “snacks” during the day being of the liquid and alcoholic variety. 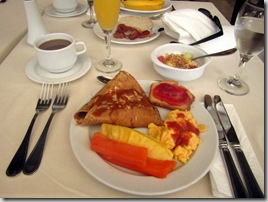 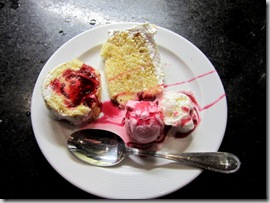 (In case you missed it, you can take a peek at my WIAW post from this past week.)

Oh yeah, and the guacamole? Holy cow. I honestly think I ate more guacamole and homemade tortilla chips in all of last week than I have in my entire life combined. 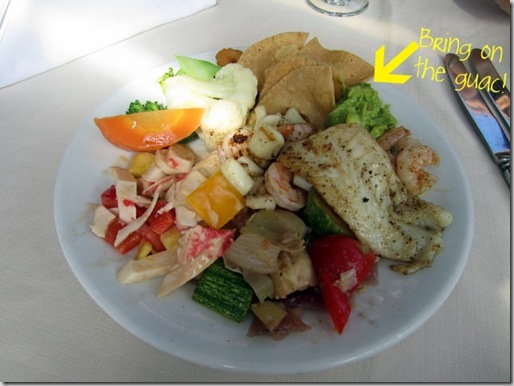 That scoop was probably my smallest of the week, even though half of it is being covered. The stuff was incredible.

Needless to say, while I didn’t totally throw caution to the wind, I definitely allowed myself to indulge which, in turn, does not take long to turn back into a habit for me. Last night, we still hadn’t gone to the grocery store and after watching “Pizza Paradise” on the Travel Channel for about a half hour, Jay and I decided that we were both not only starving (our bellies are used to more food!), but totally in the mood for pizza.

So we remained lazy, decided to give into our cravings, and ordered some pizza from one of my favorite local spots, DeFazio’s. 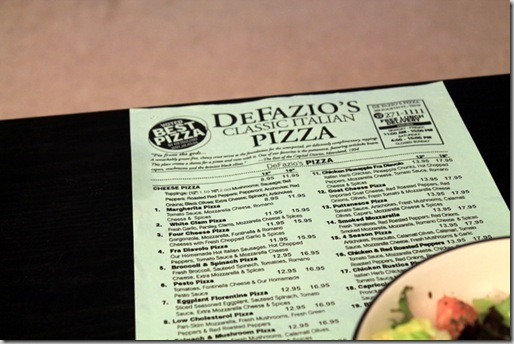 Neither of us could agree on a pizza, so we ordered two smalls: BBQ Grilled Chicken + their “Low Cholesterol” Pizza, made on whole wheat dough with part skim mozz, green peppers, onions, roasted red peppers, and sautéed spinach. 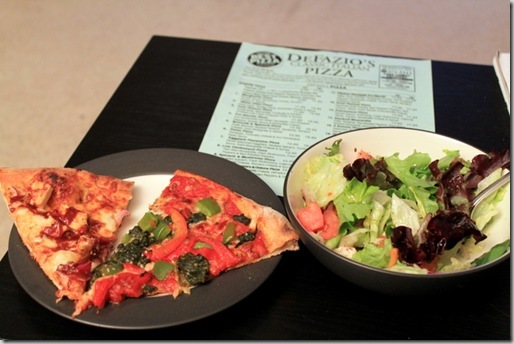 We also got a large house salad to share since we’ve both kinda been lacking in the veggie department. 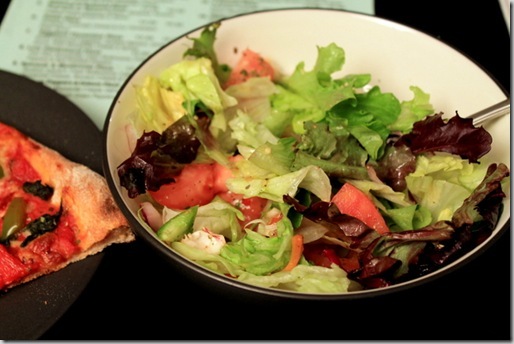 Both pizzas were great, but I was still partial to my veggie-filled choice. I went back for another slice and a half after those two there because I was hungry. 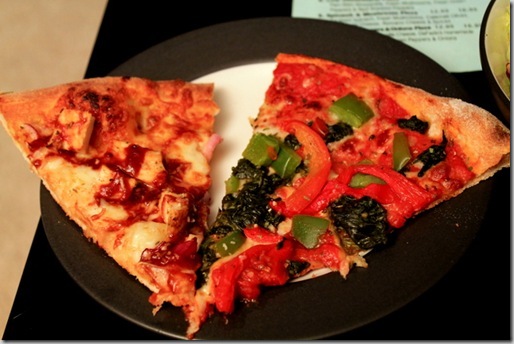 Well, either that, or I was just justifying eating more by saying I was “used to eating more.” Ahh well. It was good, I don’t care.

This morning, I was up nice and early since I have a short shift back at work today. Ahh yes, reality is setting in all around! I squeezed in a quick, 30-minute treadmill run (alternating 3 minutes @ 6.5mph / 1 minute @ 8.0mph), showered up, and got working on breakfast. Today’s choice?

Peanut Butter & Banana French Toast Oatmeal, which tasted extra delicious thanks to a very overripe banana and the remnants of my cinnamon raisin swirl PB. 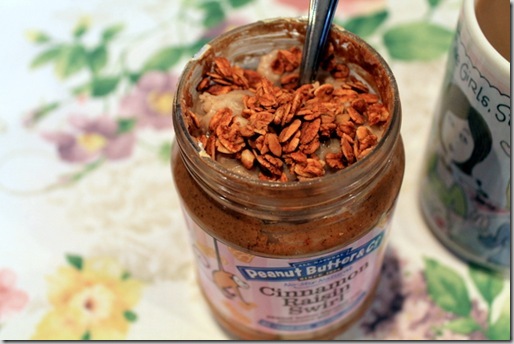 You know, I didn’t realize it at the time, but I really missed having my own coffee last week. I really didn’t love what they had down there, so today’s mug was tasting mighty delicious. 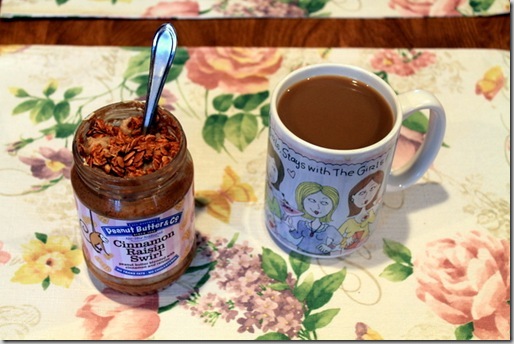 Alrighty, time to head off to work…hope everyone has a great Saturday! Anything fun on the agenda?

**Quick side note: If any of you have left me comments in previous posts in the past week, I apologize if I have not yet responded! It was tough to stay on top of things while away, so if I happened to miss one, feel free to ask again here or just shoot me an email. I’m planning on catching up with the email inbox this weekend!