Who doesn’t love getting fun packages in the mail? Really. Whenever I see the UPS truck stop in front of my house, I always get so giddy with suspense, so curious as to what could be making its way to my door. (Have I mentioned I can be a big nerd sometimes?) ;)

Well yesterday I got myself all in a tizzy when I saw the UPS man, decked out in his hot brown shorts, come walking up to my door with not one, but TWO boxes – BOTH for me! Yesssss.

The first box was the second item that I ordered with my credit to CSN Stores: a spring form pan. Uhh ohh, looks like I just might have to add a healthy cheesecake to my baking to-do list! :-D 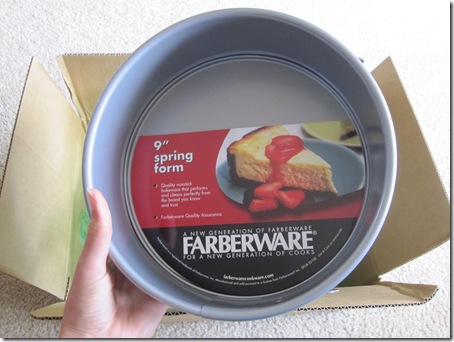 The second box was quite a fun and interesting package! 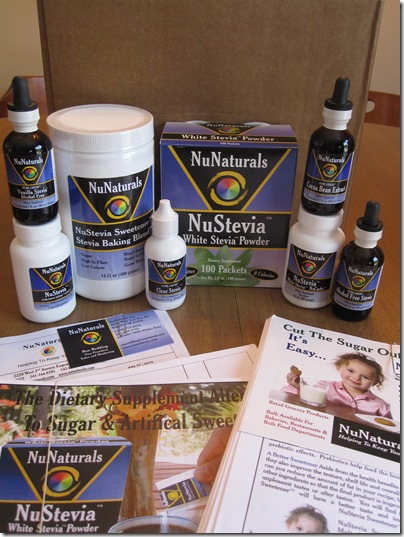 A couple of weeks ago, I was contacted by NuNaturals and was asked if I’d be interested in sampling & reviewing some of their products. I’ve seen some of these products lurking around the blog world, so I decided it’d be fun to try some out. I was quite surprised to see just how many products were sent, along with some great recipes that I’m definitely looking forward to trying. Some of them are even from some fellow bloggies! :) 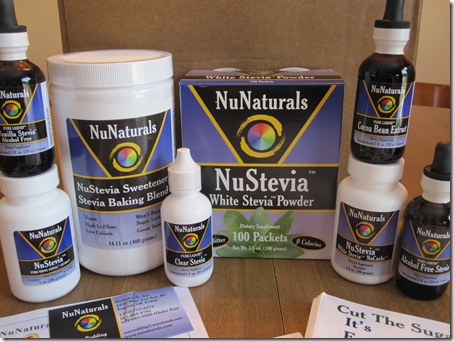 Some of the items I have never heard of? I guess I’ll have to do a little research. ;) 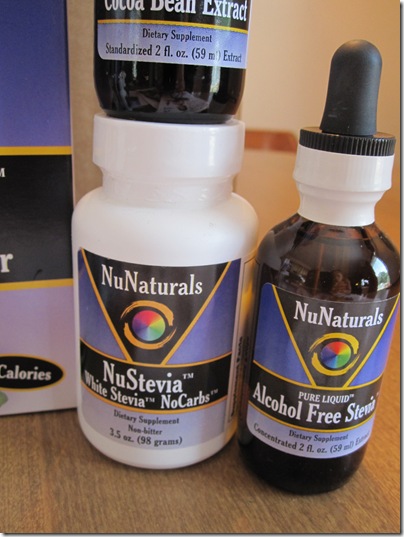 This morning I trekked on over to the gym to get a little cardio in my life. I did 40 minutes on the elliptical, (covering 3.9 miles) followed up with 20 minutes power walking on the treadmill, alternating inclines and speeds (covering 1.5 miles). It was definitely a good, heart pumpin’ workout, even without running. Many people I’ve spoken with tend to underestimate the power of power walking. It really is a lot tougher to power walk at 4.8mph than it is to jog at 5.0…anyone else with me on that one?

Before leaving for the gym, I snacked on half of an Arnold Sandwich Thin with PB, which did a great job holding me over all morning. On my way home, I had to stop to grab some caffeine. (I really need to start making this at home again…eek :oops: ) I added some vanilla almond milk & a packet of PureVia –delish! 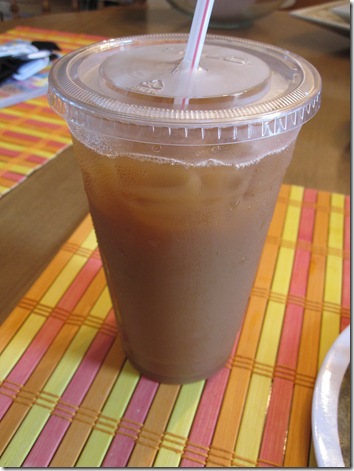 The first thing that caught my eye was a big ‘ol peach that I picked up yesterday from the grocery store. So I sliced that baby up and sprinkled it with some cinnamon. Cinnamon just seems to make everything better in my book. :) 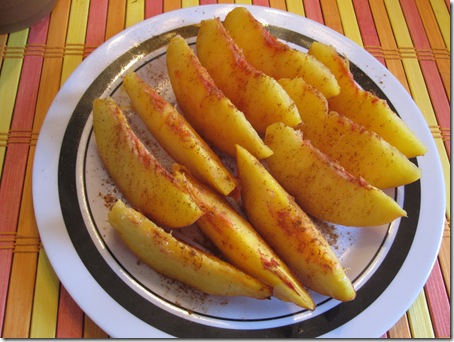 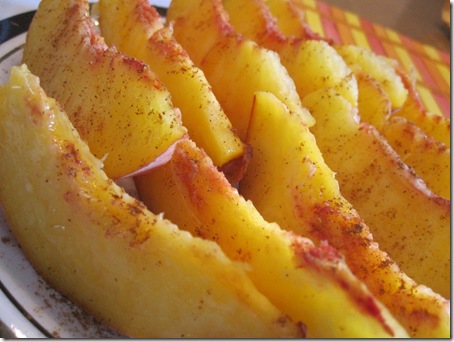 As I was eating my peach, I spotted a Larabar that I’ve had sitting around for a while, so I decided I needed it. I had half and saved the rest for later. I really like the pecan pie flavor, but I’m sure it doesn’t even hold a candle to the new cookie dough flavor! Speaking of that, why can I not find it anywhere?!?!? 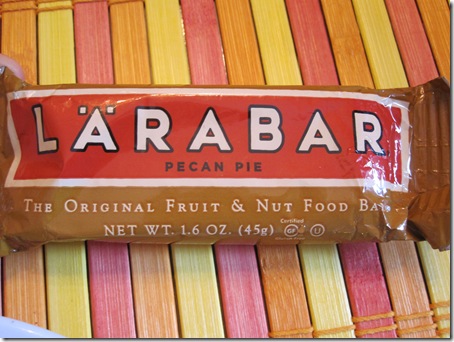 Then somehow, one of these made their way into my belly. Ok I lied, I had two…who am I kidding? 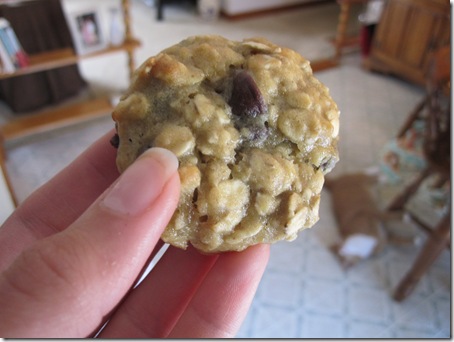 Hey, they have bananas and oats. They’re both healthy breakfast options. They just happen to be in cookie form. ;) I actually think they’re even softer today than they were yesterday. Almost cake-like. It will be a sad day when these are gone. Good thing I put some in the freezer!

I’m feeling a little generous this morning, so I’m thinking there may have to be a giveaway this afternoon! Make sure to check back later on! :-D

« Chocolate Chip Cookie Dough Cupcakes
Food Should Taste GOOD…Enough To Give Away!! »