And the winner was…. 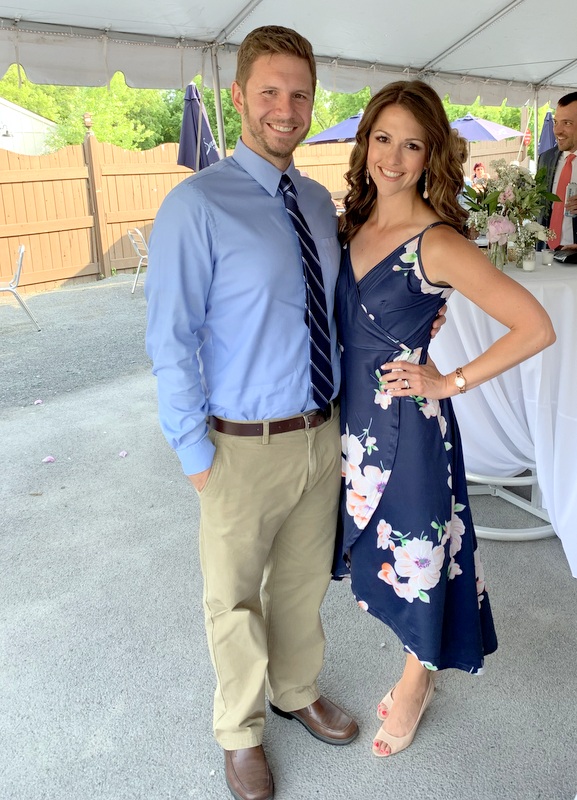 Dress #2! I had actually had my mind set on dress #3, but so many of you voted for #2, and I’m very easily persuaded, so that’s what I went with.

And funny enough, my cousin Sarah showed up in almost the exact same dress (it was actually my #3 dress, just in this pattern), so we had fun twinning it for the night. 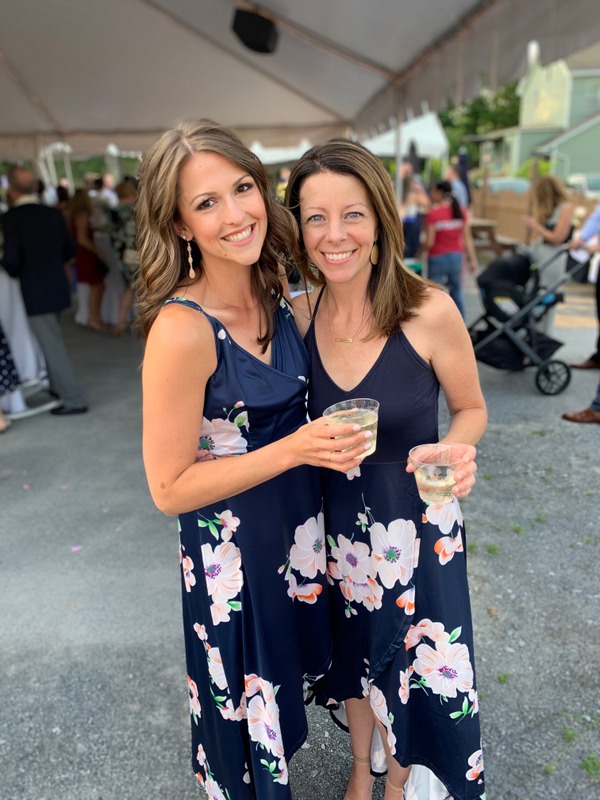 It was actually, like, THE perfect night to be out celebrating a wedding. Our cousin Meghan and her (now) husband, Ryan, opted for a more causal evening, which they said they wanted to feel like how it would be if you went out for the night after being at the Saratoga race track all day. And that’s definitely how it felt! 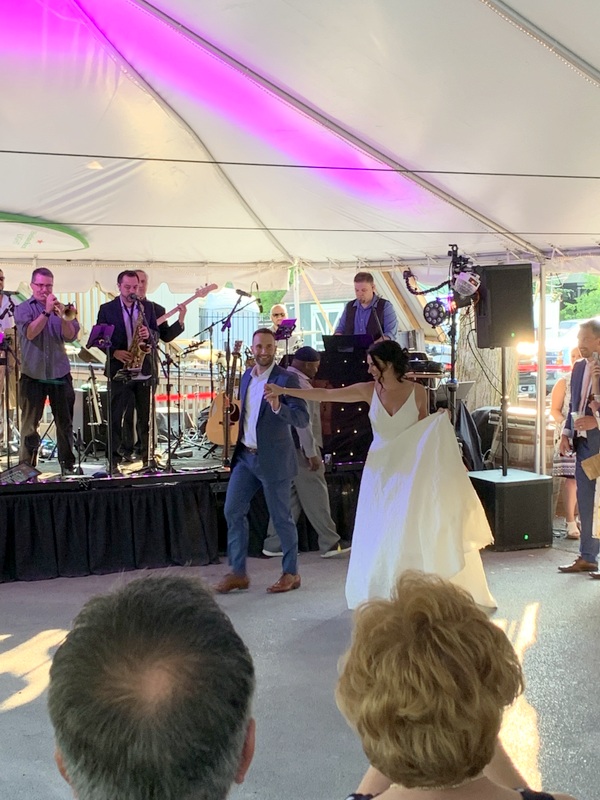 Everything took place outside at The Horseshoe Inn Bar & Grill, and was complete with an open bar, hors d’oeuvres, and a BBQ-style buffet. Anything that has BBQ pork/chicken and cornbread is a winner in my book! 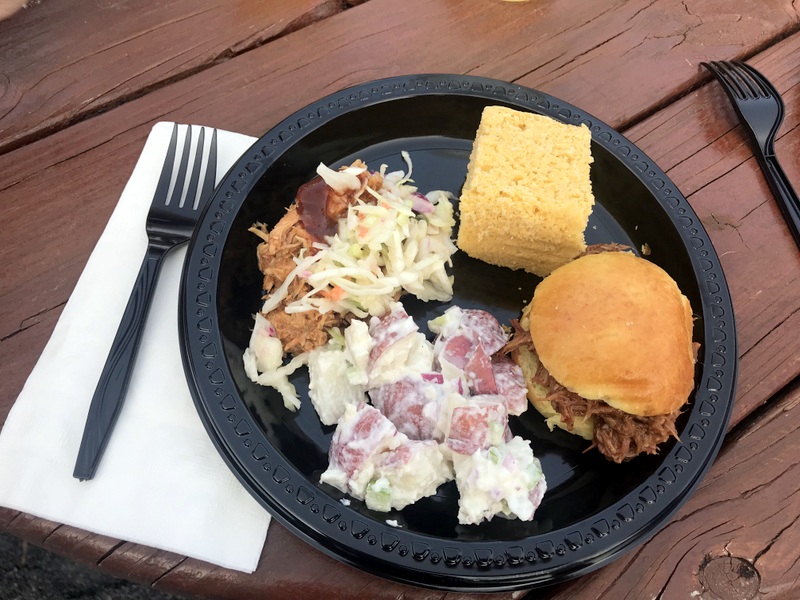 But, of course, it was the company that made the evening great. And the prosecco. 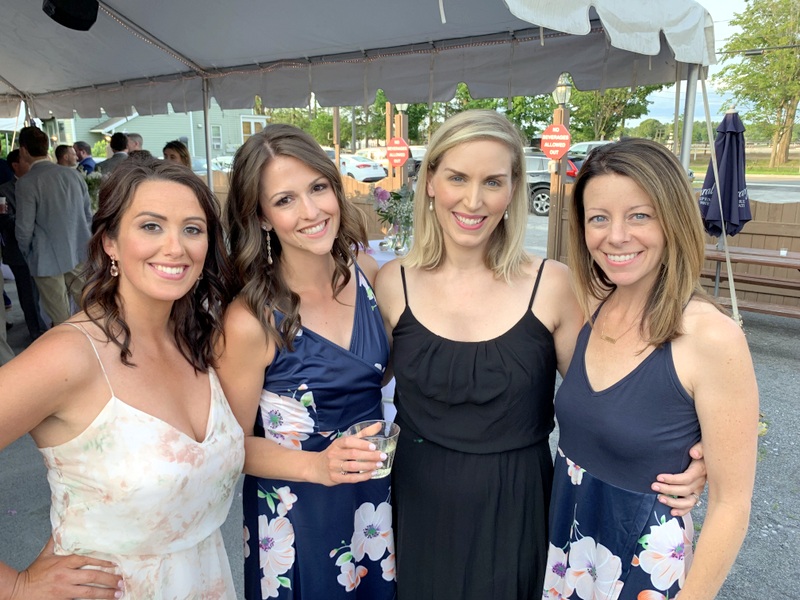 Some of my absolute favorite people right here!! 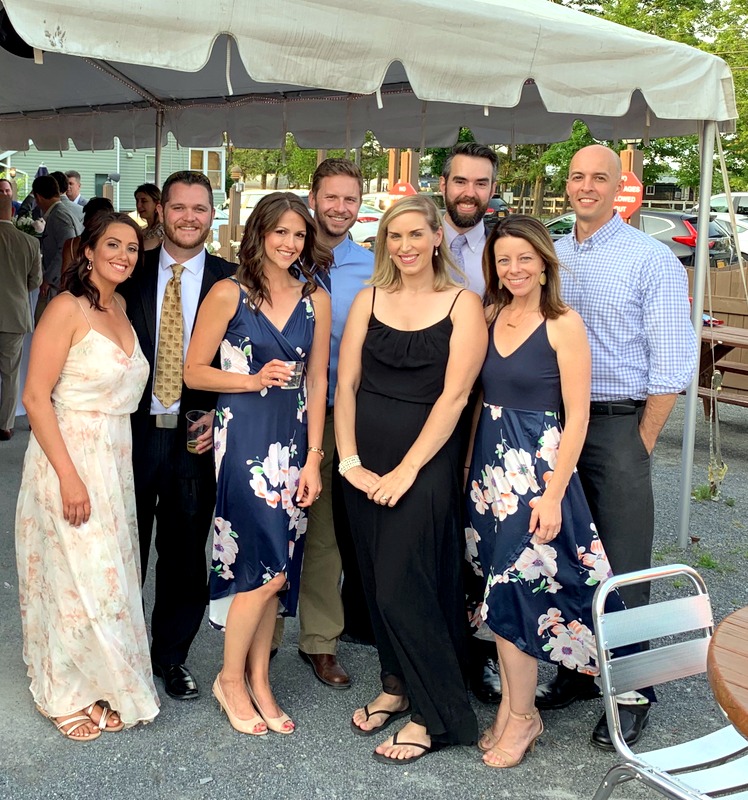 And we all kept talking about how we have to do another Mexico trip again real soon (especially since our big 10 year wedding anniversary will be coming up in January!). So who knows, we’ll see what happens. ; )

Ohh, can we talk about these desserts quick? Because, my GOODNESS, they were incredible. 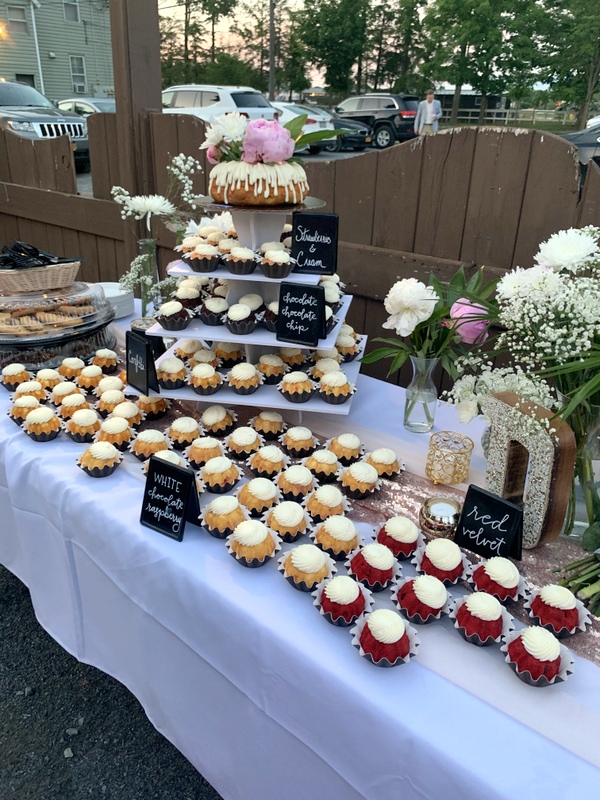 I had absolutely NO idea that we actually have a Nothing Bundt Cakes right here in Albany (about 15 mins from me). I’ve seen and heard people rave about them, and now I can see why. They were insaaaane. I can personally vouch for the white chocolate raspberry and the lemon.

The rest of the fun evening consisted of lots of laughs and plenty of dancing. So much fun!! 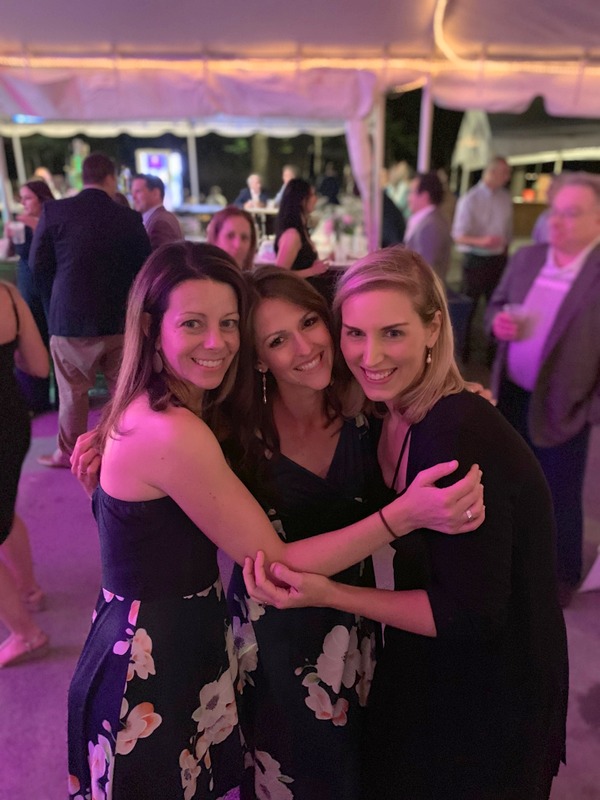 And while Jay and I were out having fun for the night, Lucas and Alex were living their best lives, having a sleepover at my parents’ house. Complete with swimming in the pool, a trip to the rides at Huck Finn’s, and ice cream. 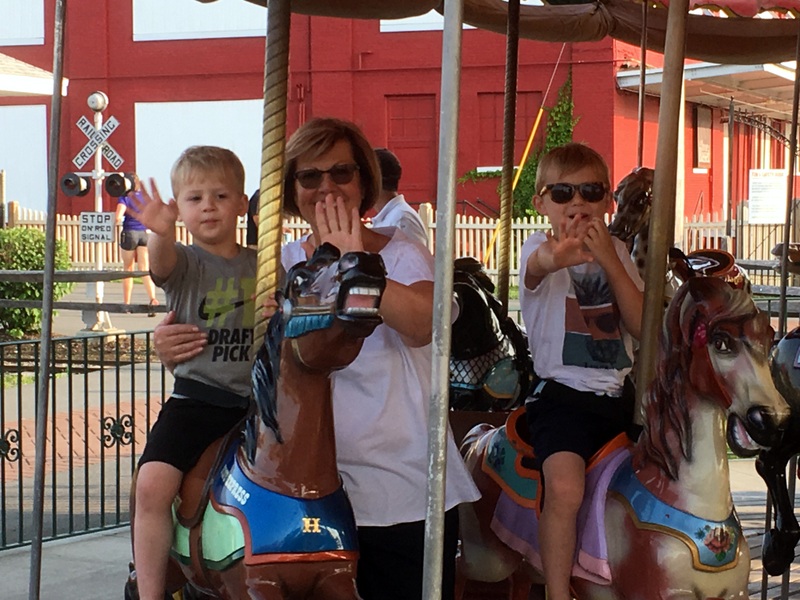 These two had a blast! 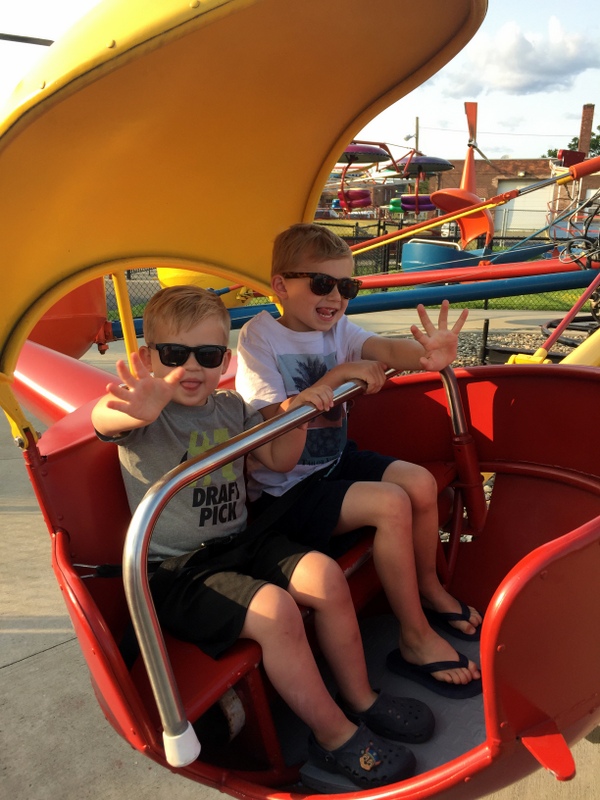 Of course, since the boys were sleeping over, that meant that Jay and I were able to sleep in on Sunday. I slept until almost 9am. NINE!

I came down the stairs to some freshly brewed coffee, and then Jay made us some of his famous breakfast sandwiches shortly after. 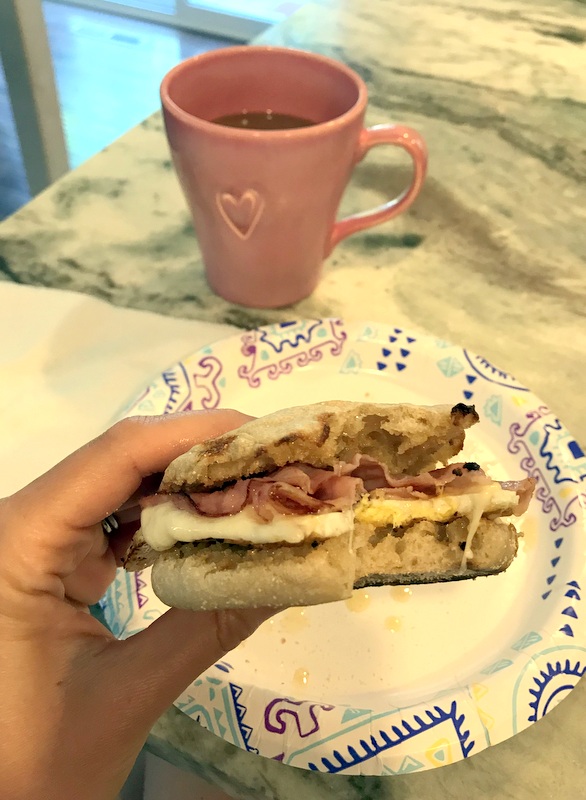 They’re seriously the best things ever.

Eventually, the children made their way back home and since it was such a beautiful day, there was lots of time spent outside. 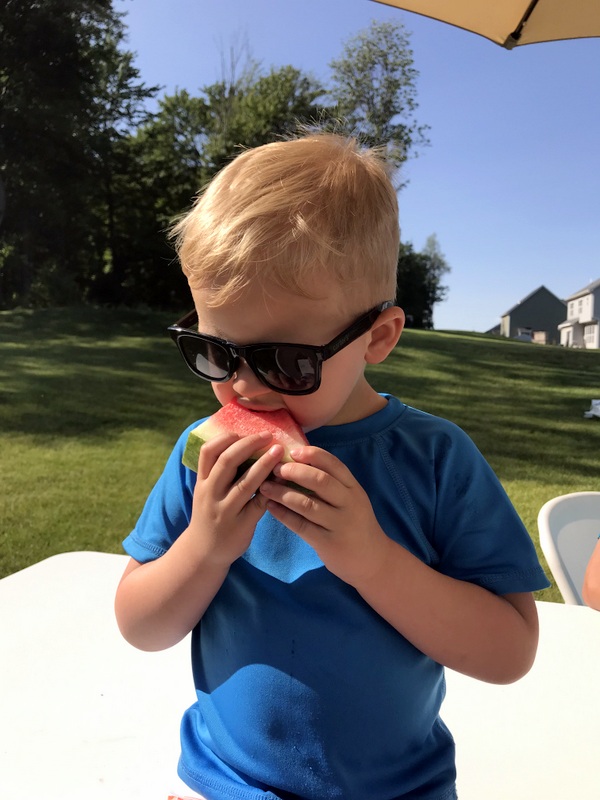 Lucas and Alex spent most of the afternoon playing with some of their neighborhood buddies, which left them both completely tuckered out. 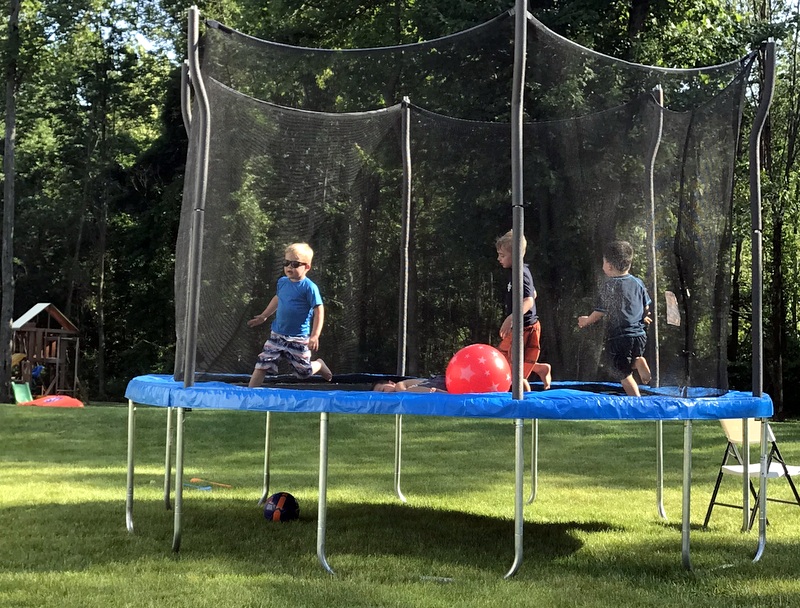 I thought for sure Lucas was going to fall asleep while we were sitting eating dinner! So we did quick showers and baths, and both kids were in bed by about 7:30, which hasn’t happened in months.