There really is just something about summer that I cannot get enough of. The warm air, the sunny skies (when we’re lucky), the fresh breeze, and being able to just be OUT and let my kids run wild outside, as opposed to running a muck inside. 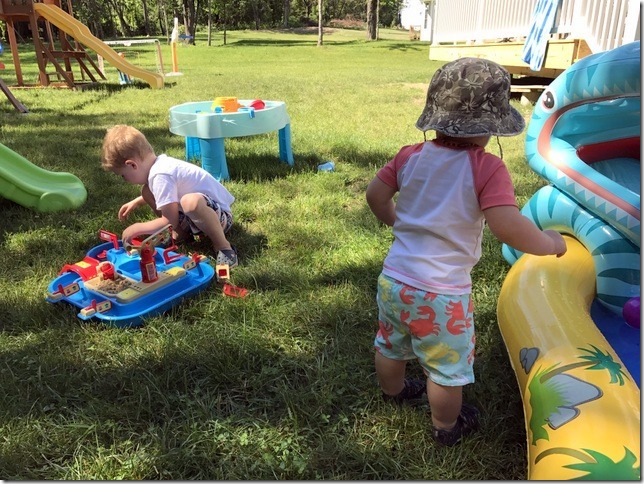 As I get older, I question more and more why we live here in New York as opposed to somewhere south…

But that’s pretty much what we did this entire past weekend, and it was great. I swear, I barely even bother trying to squeeze workouts in during the weekend because I’m fairly certain I never get the chance to sit down until they go to bed at night. Built in exercise + time with kiddos = doesn’t get any better than that!

Saturday was a fun day and it was just me and the boys since Jay was out for most of the day at a golf tournament. My parents did swing by for a quick hour in the morning so I could take care of some grocery shopping + a couple other quick errands, and that helped out SO much. That hour and a half would have easily taken me double that if I had both of the boys with me. Thank goodness for grandparents nearby (if I haven’t already said that 1,593 times). <3 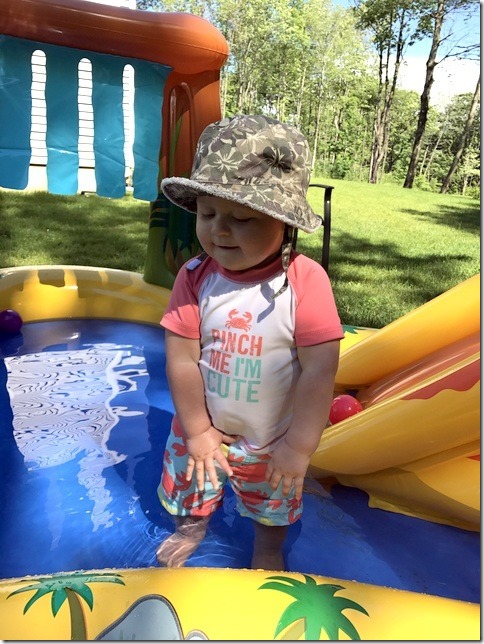 The three of us spent the rest of the afternoon out in the yard, playing in their new pool and just running around having a good time.

Sunday was actually my mom’s birthday(!!) so after spending most of the morning/early afternoon at home working around the house and playing outside (and playing cool, of course), we headed over to my parents’ for an early dinner + pool time. 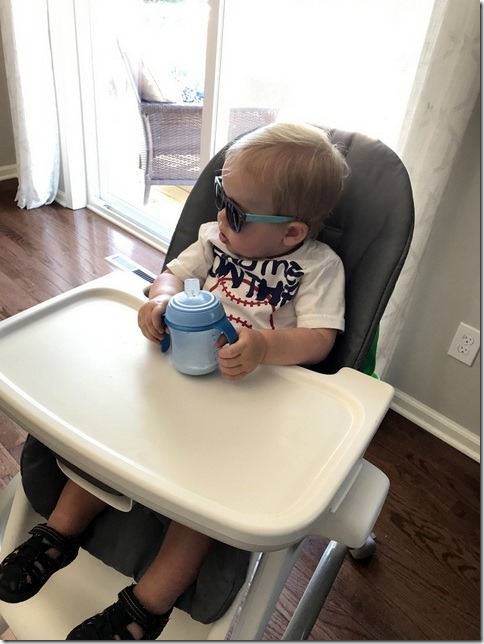 Unfortunately, I didn’t get any pool time thanks to our failed decision to try and get Alex to take nap #2 at their house. We’re 0 for 2 on that so far, but hopefully we’ll get there eventually. So while Alex got a little boob snooze upstairs, everyone else had some fun out in the pool. And by the time we came back down, it was time for a couple of beverages and some games. 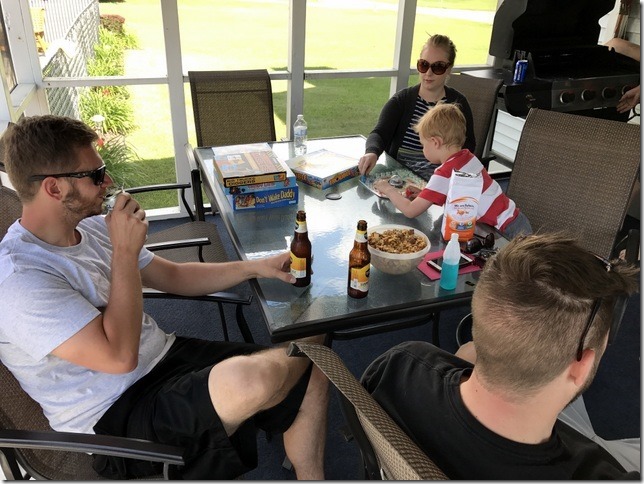 By the way, I definitely did not think I would like this (not a huuuuge seltzer person), but I was pleasantly surprised. It was way better than I expected, so now I totally need to pick some up. 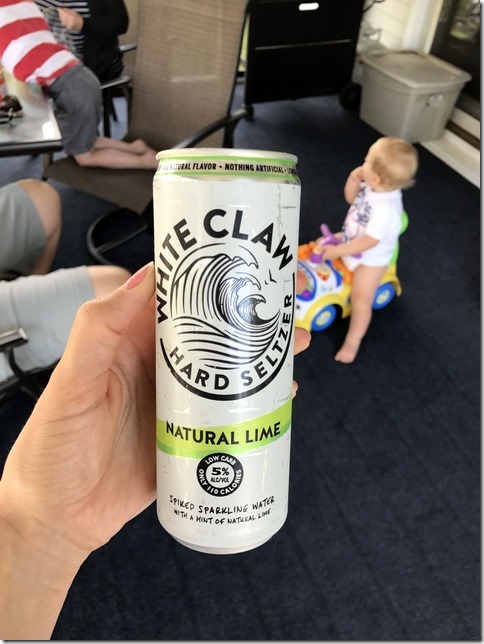 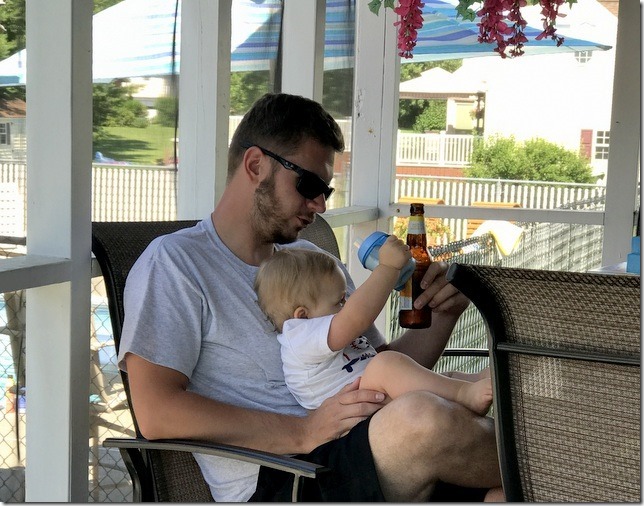 I think I drink too much alcohol once the weather warms up. Ooops. #sorrynotsorry

Dinner was awesome…grilled chicken, homemade pasta salad, potato salad, and corn on the cob. Basically one of our go-to summer meals. : ) 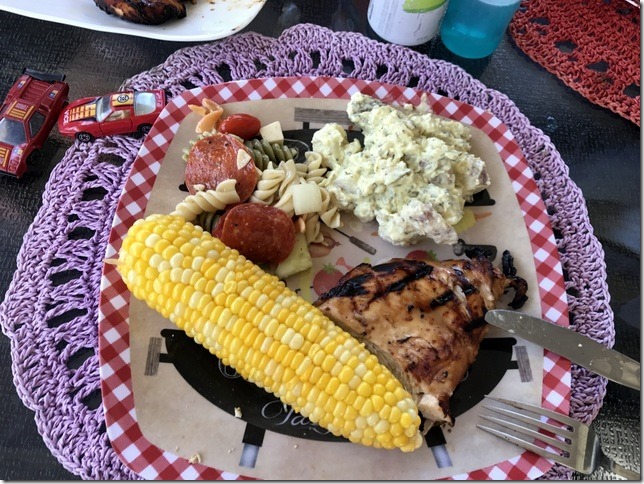 And then, of course, there had to be cake! 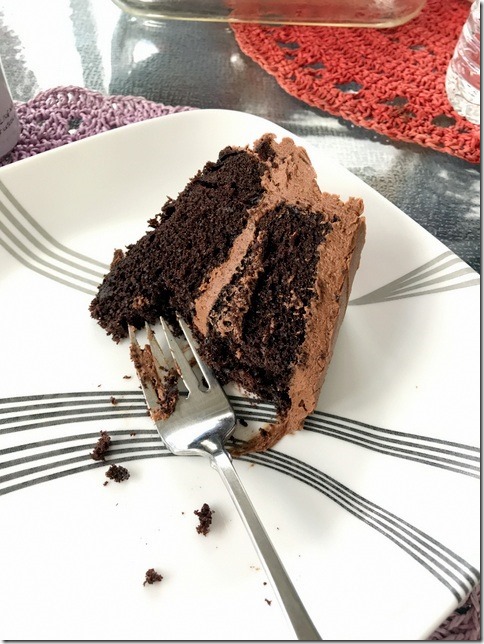 My mom made her own, and geeeeeeez, she did a good job! Chocolate cake with a chocolate raspberry buttercream frosting (check out THIS FROSTING, just substitute raspberry extract for the vanilla!) frosting. OH. MYYY. One of the best I’ve had in a LONG time!

After dinner and cake, the boys all had some fun playing whiffle ball out in the backyard before we had to call it a night and head home for the boys’ bedtime. 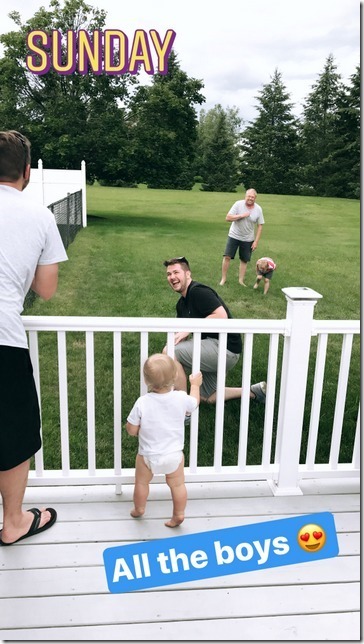 They were MORE than ready, and after a pretty quick bedtime routine, Jay and I wound up spending almost 2 hours cleaning our disaster of a garage. We still can’t fit both cars in, but I feel a million times better about it and am not quite as embarrassed to keep our garage door open. ; )

Hope you guys are having a great week so far! And just a couple quick reminders…

There’s still time to be added to my Usborne Books Mystery Hostess Party tomorrow night! Just leave a comment below and I’ll send you an invite! We could be talking 100’s in FREE books!

The amazing June Jumpstart deal for Usborne (where you can sign on as a consultant for ONLY $50!) only has a few more days remaining (more details HERE). If you’re looking for a way to make a little (or a lot!) of extra spending cash this summer, LET’S TALK.