Goooooood morning, and Merry Christmas Eve to you all! I’m sure most of you are out and about on this fabulous day, so if you’re one of the few out there who may be reading this right now, then hello to you!

So far our Christmas Eve has been great, but our Christmas Eve Eve (or “Christmas Adam” as I’ve recently heard) was just as nice. Late yesterday afternoon, Jay and I headed over to my in-laws’ house for dinner. As always, we had some snacks to tide us over for the couple of hours before dinner. 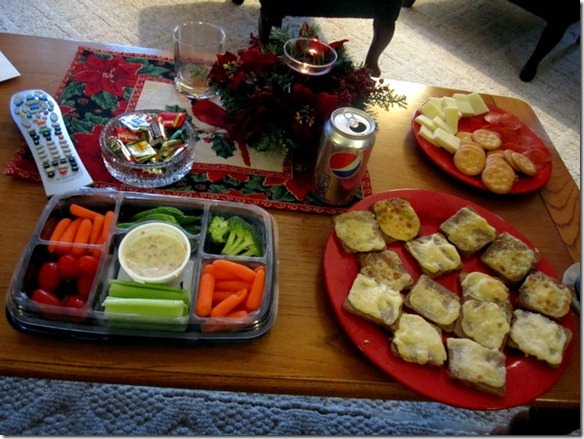 Believe it or not, I actually went crazy for that veggie tray. The thought of salads is still hit or miss for me, but cut up veggies and dip was totally awesome yesterday.

Also equally (if not more) awesome were the party rye toasts. 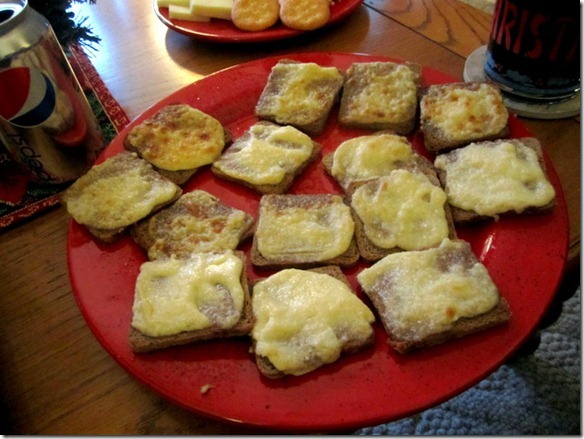 I thoroughly enjoyed a few of those while we all sat and watched some football in front of the Christmas tree. 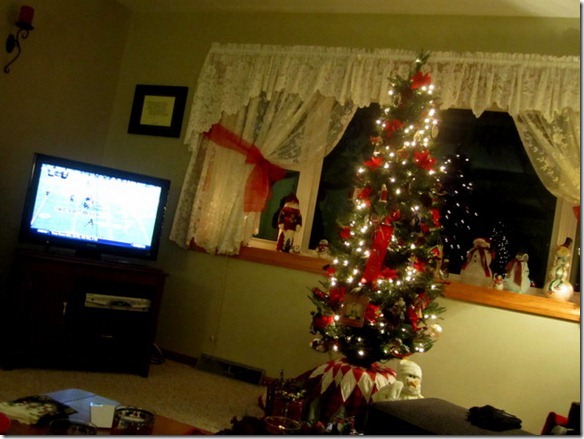 Once it started to get dark, Jay lit a fire and, honest to God, I soooooo wish we had a fireplace in our house. It’s just so warm and cozy, and there really is nothing like it. Someday!

I snagged a blanket and parked right in front of that fabulous fire for most of the night…with the exception of our break for dinner.

We started off with some salads before making it to the main course. On the menu? 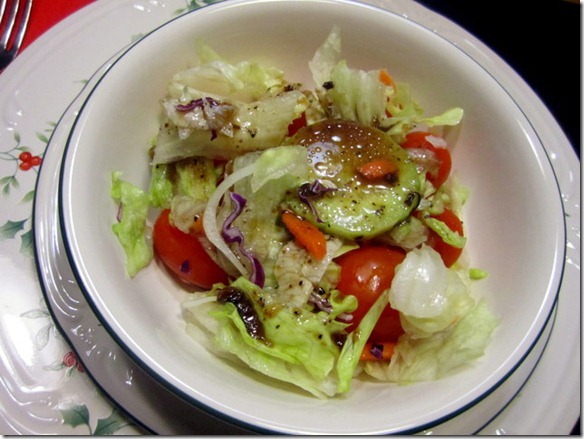 Lasagna (and some warm bread from the oven). 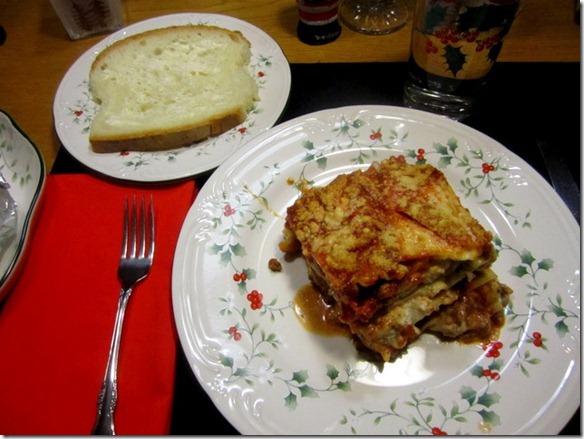 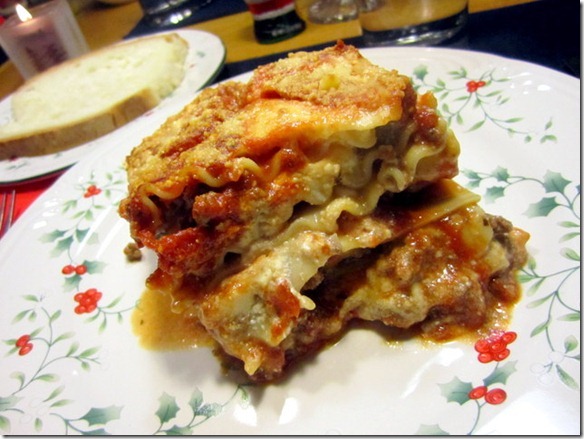 About an hour later, we broke into my Christmas brownies for dessert. 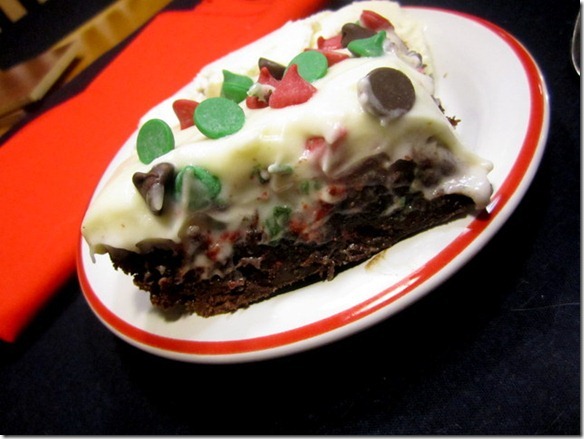 I baked them in an 11×7 pan, rather than a 9×13, which made them just a little bit thicker. Then having them topped with a big, thick layer of cream cheese frosting made them even more fantastic.

The pieces Jay wound up cutting were pretty monstrous, but I managed to work through that entire thing. It probably wasn’t in my best interest, since I felt pretty crappy afterward…but it was worth it.

So far, Christmas Eve has been absolutely GREAT over here!

But for now, I’m going to go ahead and enjoy the rest of the day.

*The Baby Tooth page was updated this morning! <–I have these posts set up to post directly to that page, so you won’t be seeing them on the homepage. If you subscribe via Google Reader, etc., then they’ll still show up for you that way, and they still get published on Twitter and Facebook…but in case you’re wondering why they aren’t showing up on the homepage like my usual posts, that’s why.

**The two winners of the cookbook giveaway from yesterday are:

Winners: Email me at sweettoothcourtney at gmail dot com so I can hook you up!

I hope you all have a fabulous, fantastic day!! Later this afternoon, we’re heading over to my parents house for a low-key Christmas Eve, and I am soooo looking forward to it.

How’s everyone else spending today??